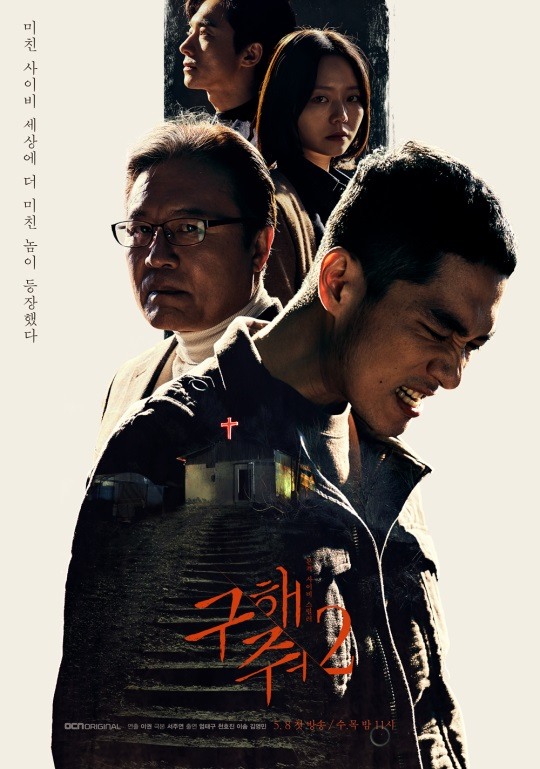 The new season brings a new story, but follows a similar set-up of a cult that has taken over a village on the false pretense of “saving” it. Standing against them in Rescue Me 2 is the character of Kim Min-chul (played by Uhm Tae-goo).

He was once a promising judo athlete, but his life took a twisted turn and landed him in jail. It’s been a long time since he was last in his hometown. But while in jail, he finds out that there was a flood in the region and that the villagers are eligible for compensation. After his discharge from prison, he returns to his old home. However, once he gets there, he finds new villagers that he’s never seen before. Particularly odd is that they’ve created a new religious organization and at its head is a stranger named Choi Kyung-seok (played by Chun Ho-jin) whom they revere. Kim Min-chul’s spidey senses tingle, but his suspicions are not well-received as he was never known as the sharpest tool in the shed and is quick-tempered by nature.

Further complicating the situation is Kim Young-sun (played by Esom) who is Kim Min-chul’s younger sister. Left in their village without her brother, she suffered through the flood and longed to escape the burdens of each day. And so, when newcomers Choi Kyung-seok and Sung Chul-woo (played by Kim Young-min) arrived at the village, she willingly accepted the helping hand that Sung offered to her. 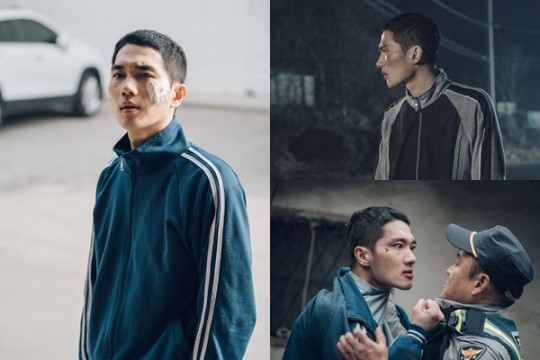 In the newly released stills of Uhm Tae-goo playing Kim Min-chul, we see glimpses of his fiery personality. He is depicted dressed in casual sweats and his face is bandaged, but show defiance. The third photo also shows him fearlessly grabbing a police officer by the collar and his eyes flash with anger.

In the new teaser, we start with alternating cuts of Sung Chul-woo and Kim Min-chul. Kim is walking forward with resolve on a path through a field, coming closer and closer towards the camera while Sung is praying with his back towards the audience. In voice-over, we hear Sung’s prayer: “Father, I pray that I do not lose courage no matter the hardship, please take away any weaknesses…” His voice then overlaps with Choi Kyung-seok’s voice, who prays, “Father, please save us.” We get a close-up on a pair of shaking hands, clasped together in prayer. Then we see Kim Young-sun’s side profile, focusing on her ear while the rest of her face remains in the shadow. Although we do see her eyes flicker open. Then it quickly cuts to a close-up on the bottom half of Choi Kyung-seok’s face as he finishes his prayer.

We then see Sung Chul-woo, Kim Young-sun, and Choi Kyung-seok each turning around to face the camera in turn. Overhead, we hear a third man’s voice: “What I hate the most is people who lie.” Kim Min-chul, then, enters through a set of doors, and starts throwing and breaking things around the sanctuary room. The scene then cuts to a text screen with the caption: “In a crazy and hypocritical world, an even crazier man appears.” We then cut back to Kim Min-chul standing in the destroyed room as he turns to face the camera as well. His face remains darkened by shadows. The teaser then ends with a close-up on Kim Min-chul’s eyes as we hear his narration: “Rescue Me 2”.

OCN’s thriller Rescue Me 2 is currently set to premiere next month, and will be airing Wednesdays and Thursdays starting May 8, 2019.

Looks good, can't wait. The first one was very good.

My only caveat is I hoped it wouldn't be another woman who needed rescuing.

Such an amazing cast,hope the story will deliver!!!

I'll watch it mainly because I have a soft spot for a brother and sister relationship. But I'm also, curious to see how well the second season will be in comparison to the first one.