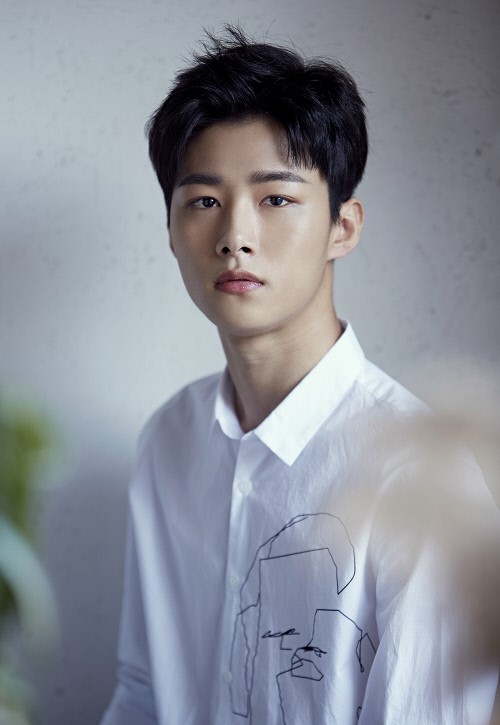 Although his current drama is still in the middle of its run, Seo Ji-hoon (Flower Crew: Joseon Marriage Agency) has been quietly lining up his next project. The actor has been cast in KBS’s new Monday-Tuesday drama Welcome, joining leads L (Angel’s Last Mission: Love) and Shin Ye-eun (That Psychometric Guy).

The latest in a recent trend of webtoon adaptations, the story of Welcome is a fantasy rom-com based on a popular webtoon by the same title.

As one of the leads, L plays the role of a mysterious cat named Hong-jo who can somehow turn into a human male. And it’s in his cat form that he first meets Sol-ah, the role played by Shin Ye-eun. Her character is described as a woman with puppy-like characteristics, and her life begins to change after meeting Hong-jo and two start to fall in love.

The part that has been offered to Seo Ji-hoon is Lee Jae-seon. It is also a leading role, but the details surrounding his character and how he is connected to the story have not yet been released.

On the production team, PD Ji Byung-heon (House of Bluebird, Big) will be responsible for directing and the scripts will be written by writer Joo Hwa-mi (Introverted Boss, Marriage Not Dating).

KBS drama Welcome is currently being planned to air next year in March.

I'll check it out but I'm not sure what to feel about this show so I'm hoping that the writing is good (although this is an adaptation) since I know the actors will deliver (well, L is improving so I can't just judge him before I even see this show) and we have Shin Ye-eun and Seo Ji-hoon, too.

But the plot has a cat so I'm definitely sticking for the first half of this drama, at least.

Were you always sensational fantasy?

I am and will always have the sensationalfantasy handle (although I'm used to being Ssong so I just use that now). Idk how I can put all of the things I love in my username and display name so I just pick one for each. 😂

I've been regretting my handle choice.... Is it too late to make a new one? 😂
I don't want to start from candy again.

@maybemaknae if you make a new account then I'm going to get confused all over again! I have so many names to call you now. HAHAHA

I like cats so I'm down. I hope they don't do that weird CGI cat like in wood fairy thing? I can't even remember the name of that drama... :/

The cgi was honestly a large reason why I didn't make it past the first (maybe second?) episode. It was so awkward.

Mama Fairy and the Woodcutter. Seo Ji Hoon was the second lead in that one too...

He was really the best thing about that drama.

I only watched two or three episodes but he left a good impression. I hope this new drama will be good.

He was really the #1 reason I actually finished the drama...not even because of Moon Chae Won who I really like...her character was ehhh....The CGI was so bad and so difficult to get pass. The plot is also dry...

I too left MOMMA FAIRY AND THE WOODCUTTER after the first two episodes. It was not just the CGI- it was simply a mess.

L did well in ANGEL'S LAST MISSION, a show that I enjoyed despite the writer's major mistake in trying to somehow meld together two different theological world views, creating unnecessary inconsistencies.

I forgot about this. I have to at least try it.
I feel like maybe the role Lee Min Ki's face was made for.

Yes this role would have been perfect for him if he were 10 years younger.

Ever since Lee Minki did Because This Life is Our First, I always think of him + cats 😂 His chemistry with the kitty who played Cat/Woori was the best!

This will be the third project from this writer, who has written one of my most favorite rom-coms and...also a pretty meh one. Suffice to say, I'm very curious how this will go.

But while I absolutely loved the initial casting for this, now that L is involved instead, I'm getting less interested. Maybe if I hadn't been so excited about Park Eun-bin x Yook Sung-jae before my hopes were dashed...

I want Seo Ji-hoon to have a lead role all by himself, please. So disappointed in Flower Agency since the synopsis made it seem like he was the lead, but obviously isn't. And he's the best thing in the drama. He was the best thing in Mama Fairy too.
His eyes are so expressive and just melt...

He'll probably get to be the lead in the future. He's only 22. I think it's easier to get a leading role really young when you're an idol or a child star, neither which applies to Seo Ji Hoon.

He's only 22? He seems so mature.
Yeah, and some grown-up former child starts aren't so great (imo!), but still get a lot of lead roles.

I was more surprised to find out the main lead of Flower Crew, Kim Min Jae, was 22. He seems older. But yeah, I think child stars/idols already have built-in fan bases so it makes sense to give them lead roles earlier. Like Yeo Jin Goo (who's also 22).

Well, you guessed who I was talking about...

He turns into a cat completely?? I'm down for it mostly because I'm just a new fan of L

Down for this fresh concept... also really excited about Shin Ye Eun ever since That Psychometric Guy!!