A psychiatrist who is deeply committed to helping others, even through unconventional means, takes on a new patient — a young, bright woman whose career as a musical actress is blossoming. However, she seeks treatment due to deep emotional scars. During her therapy sessions, the two grow close.

A psychiatrist who is deeply committed to helping others, even through unconventional means, takes on a new patient — a young, bright woman whose career as a musical actress is blossoming. However, she seeks treatment due to deep emotional scars. During her therapy sessions, the two grow close. 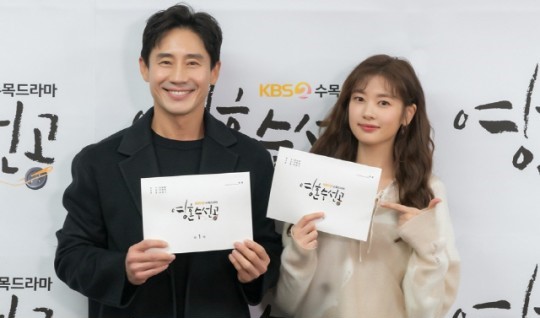 New stills have been released featuring the cast and crew of KBS’s upcoming Soul Repairer, who gathered together for the drama’s first script reading.

The story of Soul Repairer takes place at a hospital and is centered around a team of psychiatrists and their patients, with a focus on mental health. One of drama’s other main themes will be the question of happiness and where happiness comes from, as seen through the different relationships between characters.

Shin Ha-kyun plays Dr. Lee Shi-joon, a psychiatrist who’s dedicated to helping his patients even if means utilizing unconventional treatment methods. He enjoys developing a rapport with patients and is skilled at discerning when to push and when to step back.

Jung So-min plays the character of Han Woo-joo, a rising musical actor. Emotionally driven, she is quick to run hot or cold, is passionate about her career, and struggles with figuring out her own sense of self.

The supporting cast was also present at the reading: Joo Min-kyung (One Spring Night), Jung Hae-kyun (Black Dog), Choi Jung-woo (The Secret Life of My Secretary), and Jang Yoo-sang (People With Flaws).

Writing for the drama is Lee Hyang-hee (Neighborhood Lawyer Jo Deul-ho). And directing will be done by PD Yoo Hyun-ki (Matrimonial Chaos), who previously worked with Shin Ha-kyun on Brain.

KBS’s new drama Soul Repairer is currently set to premiere in May. 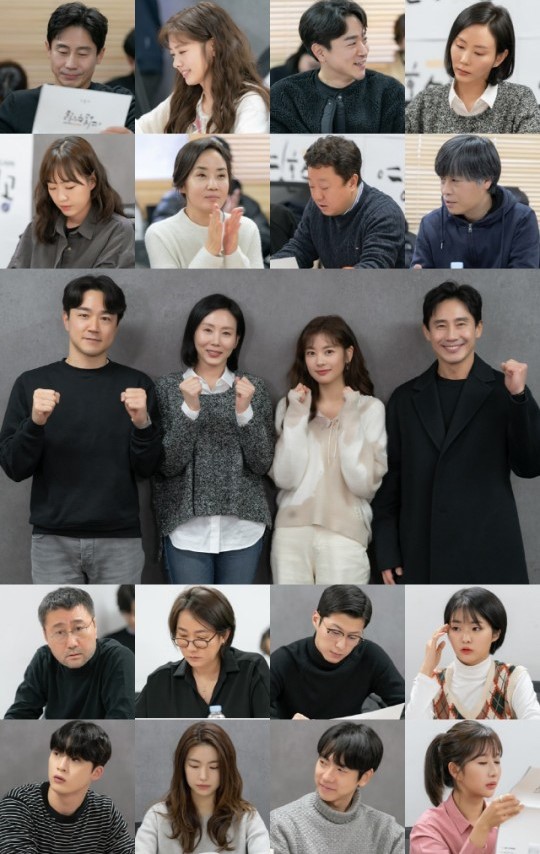 “A psychiatrist who’s dedicated to helping his patients even if means utilizing unconventional treatment methods” – Hopefully it does not mean unscientific, unlawful and unethical.
Hopefully drama will not have Doctor -Patient romance and will tackle mental health with sensitivity it deserves. For romance part - I have always felt that psychiatrist /psychologist have too much power over patients. They are privy to patients’ thoughts, fears and emotions which can lead to manipulation.

I hope to God that he's not her psychiatrist and there's a loveline between them. I want him to be a Dr. Kim-like character who people look up to, but he remains platonic. Otherwise, I think I'll try to see at least some of this with my husband.

Great minds. My 1st thought was no love line because of not only his occupation but the who thing just reeks of daddy issues.

Park Ye-jin <3. Glad to see her back after MY COUNTRY.

I am with @ally-le. Shin Ha-kyun is a fantastic actor but enough romance with younger girls already.

It probably won't happen, but I hope Park Hee-soon will make a cameo. Shin Ha-kyun + Park Ye-jin, perfect combo to make him come!

It has Jung So-min in it. She is one of my favorite actresses. She is always good.

This sounds like it could be very good. I will certainly give it a try.

Whatever Jung So min is in, I am in. Except, well, I didn't like The stars falling from the sky...

I noticed that on drama recaps there is a user rating, is there anywhere I can see a list with the top ratings instead of having to type one by one to see?

Go to the menu and then recaps. You should see three tabs: All Post, Master Recap, and Ratings. I'm not sure if it has been kept updated since GF and JB havent been active.

"Unconventional".. hmm. Exorcism? Shock therapy? What exactly does that mean?

I really enjoy several of these actors, but this will probably be a pass for me. I don't think I've ever seen a drama featuring a psychiatrist/psychologist that didn't have massive ethics violations.