A military unit that is stationed near the DMZ encounters strange attacks. At first, the soldiers believe they are dealing with wild animals, but when a task unit is formed to investigate, they discover something nefarious going on that ventures into the paranormal.

A military unit that is stationed near the DMZ encounters strange attacks. At first, the soldiers believe they are dealing with wild animals, but when a task unit is formed to investigate, they discover something nefarious going on that ventures into the paranormal. 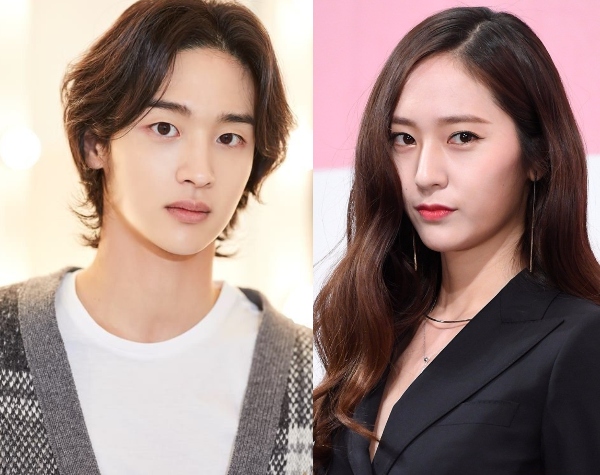 Set amidst the backdrop of the Korean DMZ (demilitarized zone), OCN’s latest drama Search begins with a disappearance, that turns into a murder mystery at the front lines of the army. To discover the secrets behind it all, an elite search party is formed. But not everything is as it seems, and the individuals gathered all seem to have their own hidden motivations. With an unknown enemy in their midst, camaraderie and teamwork will be imperative to find the truth and safely leave the DMZ.

Jang Dong-yoon (Tale of Nokdu) has been cast as a sergeant almost at the end of his service, who oversees the training of military dogs. He’s just been waiting for his discharge date when he’s ordered to join the search party as the handler of a reconnaissance dog named MacArthur.

Krystal (Player) will be playing the role of a first lieutenant in the army who has great credentials. She’s put in the search party as a special commissioned officer for her intellectual and physical prowess. 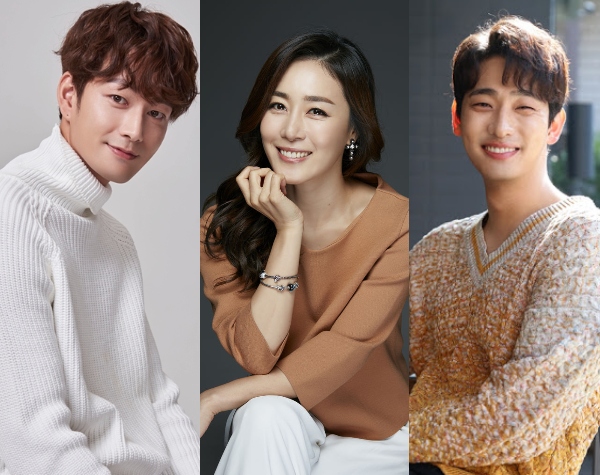 Meanwhile, Moon Jung-hee’s (I Will Find You When the Weather Is Nice, Vagabond) character is a former team leader of the international terrorist division of the special forces. She currently works as the curator to the DMZ War Memorial, while being in the reserves. She’s trying to live a quiet civilian life with her family, carrying out her duties at the Memorial when she receives the offer to join the search party.

Yoon Park (Radio Romance) will play an elite officer, who is the first to volunteer to join the search party as the team leader. But with his uncontrollable personality that will not submit to any superior authority, he sometimes saves his team and at other times, he puts them into incredible danger. Finally, Lee Hyun-wook (Hell Is Other People) will play his second-in-command on the team, a man with a sincere soldier’s heart. When the team faces an unprecedented situation during an operation, the tension between him and Yoon Park rises to the level of mutiny.

OCN’s Search, directed by Lim Dae-woong (House of the Disappeared) and co-written by Goo Mo (Musudan) and Go Myung-joo, will air in the latter half of this year.

I like the premise. I think I can be in.

Set amidst the backdrop of the Korean DMZ (demilitarized zone), OCN’s latest drama Search begins with a disappearance

So far, sounds kinda familiar. Gee, where have I....

You saw it here first https://en.wikipedia.org/wiki/Joint_Security_Area_(film)

I would have preferred a different actress for the female lead, I can't lie, but the rest sounds pretty good. And as, Lord Cobol notes, vaguely familiar...

I don't know if it's her acting abilities or just poor drama choices, but just seeing her picture makes me cringe.
#brideofwatergod #shessoboring

She was hilarious in Heirs, although that was kind of a one-note role.

When I read that she is supposed to be a super-geeenius specially-commissioned super-ops super lieutenant I just rolled my eyes. There are a few actresses who could pull that off, but Krystal is not one of them.

I'm not a big fan of Krystal neither but I think she's better with actors who are around the same age like in Heirs and She's So Lovable with L (with Rain it was awful). But she was badly casted in Prison Playbook, I still wonder why the PD chose her to be the girlfriend of Park Hae Soo.

i liked her a lot in Heirs, i admit. so maybe if this character is somewhat similar?

Me too, not a fan of Krystal. Hope this drama will put more screentime on JDY and the dog. She's so Lovely puts a lot of emphasis on that dog which makes her loveline with Rain way more tolerable. So yes, more dog less Krystal is the key to success. BTW, she never looks intelligent so I am afraid her character will be a miscast.

A dog with a more human name than half of my cousins 😄.
Why am I thinking of General Douglas MacArthur here?

Is there any other MacArthur?

Just one other - the famed Korean MacArthur Park :)

Yay! Jang Dong-yoon is the lead in another... oh, wait.
Dang.

I hope Yoon park's role will be a breakthrough for him and he can finally be a lead next time. If an idol actress like Krystal can be a lead why is he still stuck in supporting roles.

No clue what you're talking about *whistles innocently*

Now we will get tons of dramas about the DMZ and NK? New trend? Anyone with face blindness? lol

Why do they always make the lead so young when they have such 'great credentials'.

What? Why? Young people cannot be leads? In Korea, men in military service are all below 30, which fits the male lead character.

hahaha, pardon me. now I get your pun. The Koreans might have regard those "great credentials" as something else...

As much as I love Krystal as an idol, I don't think I can tolerate her acting that much. I guess she really is bad at picking her roles or somethin', she needs to think about what kind of character she can pull of.

My very trivial opinion though is that her voice makes her look bad as an actress. The tone she uses, her voice in general tends to be in a high key (?). I dunno the proper term for it but it's kindy tiny and squeeky, and it always puts me off when she's in a serious scene lol

Oh you mean the darker version of Crash Landing Into You?