Fantasy-mystery drama Missing: The Other Side releases new promos 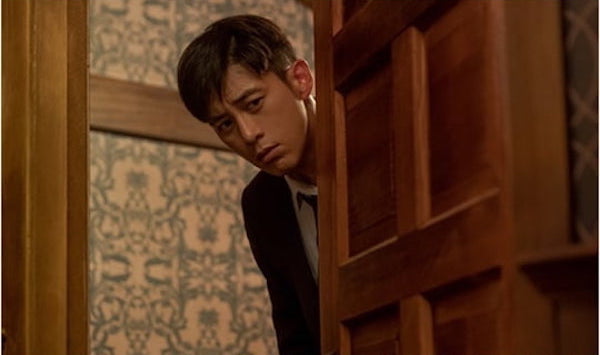 The new promos for Missing: The Other Side ups the ante by showing us that our protagonists are fighting life-or-death stakes. Go Soo (Money Game) stars as a self-obsessed swindler who can see the souls of the dead. When a corpse goes missing, he somehow becomes involved in the case to find the corpse and pursue the hidden truth behind its disappearance. The mystery leads him to a village of lost souls and to Heo Jun-ho (Kingdom 2). As Go Soo gets pursues the truth, Ha Joon (Black Dog) and Ahn So-hee (Welcome to Waikiki 2) find themselves tangled up with him.

In the teaser, a police car winds through a forest, and Go Soo is in an idyllic garden full of souls. Through his narration, he insists that he saw at least 30 or more of them. Ha Joon, playing an elite detective, says that he doesn’t think Go Soo is lying. The next scene cuts to a conversation between Go Soo and Ahn So-hee. He asks whether she’s ever seen a ghost, and her eyes widen as she asks him, “What ghosts?”

It looks like she’s awfully interested in the case of Choi Yeon-ah, a twenty-something woman who went missing recently. Ha Joon strongly believes that she’s alive, or maybe he needs to believe that she’s alive because she’s his fiancee. The copy onscreen reads: “Those pursuing the secret.” He uses all means necessary to try to find her. Someone reports to him that there’s a high probability that it was a contract kidnapping and murder.

In the midst of the case, Ahn So-hee wonders where Go Soo has gone; presumably, he’s in the soul village by then. The copy reads: “Finding the missing people.” Desperately, Ha Joon tells everyone: “There’s not a moment to lose. Someone’s life is at stake.” As he says so, a Truck of Doom appears to crash into an expensive-looking car. Ha Joon points his gun as he shouts for a suspect to reveal himself. A woman starts to break down at the accident site. The last scene shows Ha Joon with a dark figure in the background as Go Soo narrates: “Do you think they’re alive?”

The stills show Go Soo staying a night with Song Geon-hee (Mystic Pop-up Bar), the owner of Cafe Hawaii, in the soul village. The way that Song Geon-hee tightly holds the hand of the boy and his guarded expression seem to indicate that maybe they are hiding something.

Saturday-Sunday OCN drama Missing: The Other Side, directed by Min Yeon-hong and co-written by Park Gi-ri and Jung So-young, will begin airing on August 29. 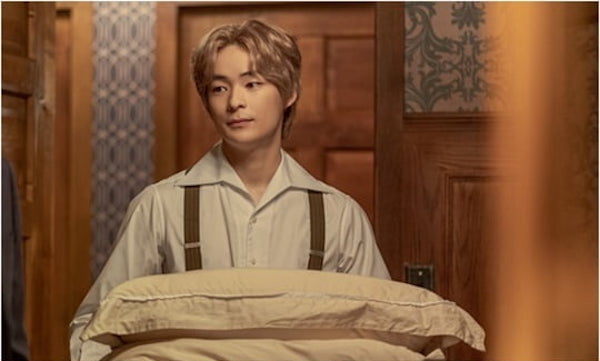 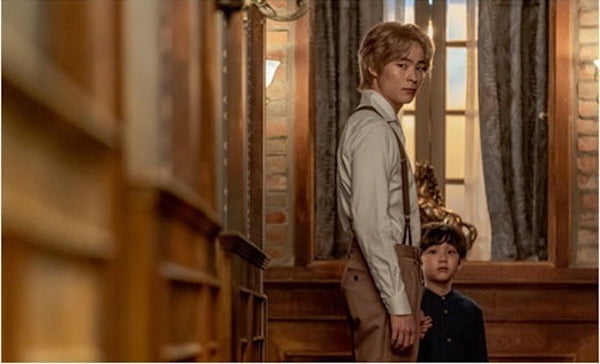 I was super on the fence about this one before, but this teaser looked really good! I'll probably check it out :)

I’m really tempted. Do we know if this will be on Viki?

I am looking forward to MISSING: THE OTHER SIDE which will be my first Go Soo drama believe it or not. The only work of his I have seen is the film THE FORTRESS.
According to the casts and credits list at MyDramaList:
https://mydramalist.com/53101-missing/cast
this would be Dong Ha’s first drama since completing his military service. However M: TOS is not listed on his wiki or AsianWiki page.
He may be one of the ‘ghosts’. Lol
I hope he actually appears even if it is a small role. He was so good in SUSPICIOUS PARTNER and LAST that meatier roles I am sure will be coming his way.

So, for me support role for Dong Ha can only mean one thing: he is the surprise Big Bad Wolf of it all. He has such a capturing screen presence. For me he gives off John Malkovich-vibes. You'll never know which way it goes.

This could be interesting. But I'm not sure if I'll check this out or Joo-won's upcoming drama (doesn't it start the 31st?).

I see the word "fantasy" and I click. I definitely want to watch this drama.