A expedition is sent to an abandoned lunar colony. As the crew makes their landing and investigates the station, they discover many mysteries — from the fate of the original colony, to the very nature of the moon itself.

A expedition is sent to an abandoned lunar colony. As the crew makes their landing and investigates the station, they discover many mysteries — from the fate of the original colony, to the very nature of the moon itself. 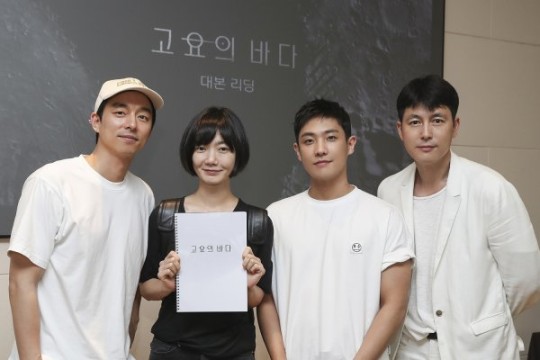 The drama is based on a short film, also called Sea of Tranquility, and takes place in a future Earth that is in turmoil. Due to a depletion of resources, food and water has become scarce and a special team is brought together to help save humankind. Embarking on a mission to the moon, their job is to bring back a mysterious sample from an abandoned space station which holds the key to human survival.

Bae Doo-na takes on the role of astrobiologist Song Ji-an, who joins the special team partially for personal reasons. Although finding the sample is important, she is determined to find out what exactly happened at the space station and what caused it to become abandoned.

Gong Yoo plays the team’s leader, explorer Han Yoon-jae. Responsible and task-oriented, his priority is to procure the sample and ensure the safety of all the team members. As a result, he often clashes with Bae because of her desire to investigate the station.

Lee Joon plays the engineer on the team, Captain Ryu Tae-suk, who used to serve in the Ministry of National Defense. While Heo Sung-tae’s character is a member of South Korea’s national space agency, Director of Resources Kim Jae-sun.

Directing for the drama is Choi Hang-yong, who directed the original short film; and scripts will be penned by screenwriter Park Eun-gyo (the 2009 film, Mother). Actor Jung Woo-sung (Summit: Steel Rain, Padam, Padam) has also confirmed he will be producing the drama along with Netflix.

It’ll be nice to see both Gong Yoo and Lee Joon back on the screen as it’s been about 3-4 years since their last dramas. And this will be Lee Joon’s first project since completing his army service, other than his radio show.

Netflix drama Sea of Tranquility is currently still in production and a release date has not yet been announced. 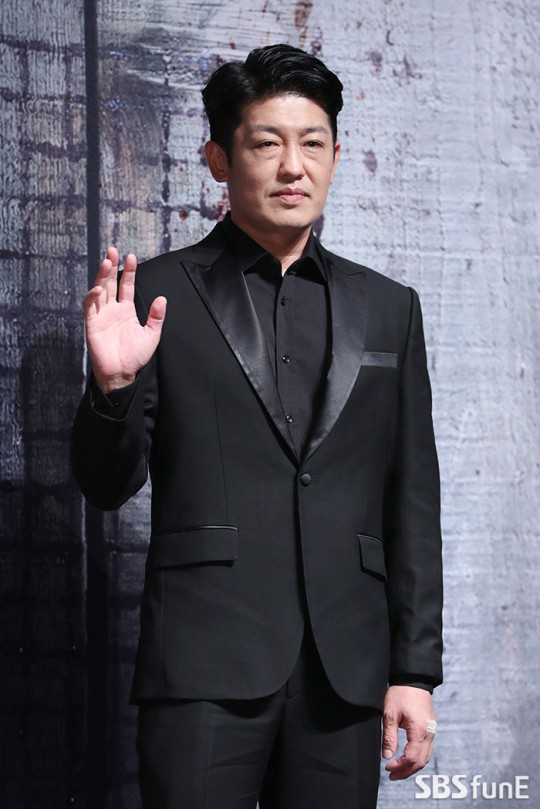 Don't need a long trip for that. I can tell you right now it was evil chaebullsh*t.

Funny. I would have thought their job was to bring back a more credible plot for their next show.

Sigh. Boldly goes where Ruler: Master of the Mask has gone before.

Any bets on how well he handles the 2nd part? .

No need for more :p

I totally screamed when I saw it on Soompi, lol

One step closer to my dream reunion drama starring Gong-yoo and Yoon Eun-hye! :)

I am actually looking forward to Gong yoo with either Lee sun kyun or Kim dong wook or Kim Jae wook! (Or all of the above) (A good buddy comedy, hopefully)

That reunion would be nice as well.

And thank you for reminding me about this. :)

Disregarding everything else... I love Bae Doo Na's comment on the above picture on her Instagram: "No one told me about the dresscode for reading through".

Wow, Bae Doona must really be drawn to sci-fi/horror projects, regardless of language and medium. I know she has done plenty of other types of shows/films (giving silent prayer of thanks for Forest of Secrets I&II) in her long career but I cannot recall any I have watched other than the aforementioned FoS.

She was fantastic in Matrimonial Chaos a couple of years ago. It was the farthest thing from sci-fi. But, you're right she does do a lot of those kind of roles.

I think I watched her for the first time in Master of Study as a teacher for Yoo Seung Ho, Ko Ah Sung and Lee Hyun Woo, then as a singer in Gloria. I remembered very well the song Gloria, because the original is an Italian song by Umberto Tozzi.

Haha - not having seen Gloria but knowing she played a singer who sings "Gloria", I just incorrectly assumed it was a reference to the Laura Brannigan hit.

Bae Doona is one of her kind of actress. There are so many dramas to choose from, like her first lead role in Country Princess (which may not age well) to the very nice Gloria (which is a long family drama though) to FoS. But if you want to only invest 2 hours, then The Host is it - a great movie and hasn’t aged a bit despite made over a 15 years ago by the director of Parasite. The bonus is Go Ah-Sung playing a central role as BDA’s young sister.

Besides, with the world we live in, watching The Host is timely.

I felt like Bae Doona was really underused in The Host. She's an amazing actor but then she spent a big chunk of the movie in a gutter.

Haha, The Host is practically an ensemble piece but I wish she has more scenes in it.

Out of curiosity, I had to check: Netflix currently 8 different shows/films featuring Bae Doona in the current rotation. That is really impressive - I gotta think she is the most recognized Korean actor (as opposed to Kor-Am) outside of Asia, even if her name does not ring a bell...

That’s why BDN is called Netflix’s daughter. She is one of the very few Asian actors who plays important, even lead roles in English and French speaking movies.

Including Japanese speaking films too! There's a reason why she's a model/spokesperson for Louis Vuitton, and was on the cover of US Vogue alongside Scarlett Johansson and Deepika Padukone (Two other major stars). She marches to the beat of her own drum, and she doesn't look like a carbon copy like K-actresses tend to look like. She's a total rock-star!

I think it speaks to Bae Doona's stature in the field that she was invited to join the Academy of Motion Picture Arts and Sciences (who bring you the Oscars every year). https://www.koreanfilm.or.kr/eng/news/news.jsp?pageIndex=1&blbdComCd=601006&seq=4880&mode=VIEW&returnUrl&searchKeyword

I'm cautiously excited for this. It would never work as a regular k-drama but perhaps the Netflix money and format can pull it off.

The cast is certainly amazing. Always happy to see Bae Doona. Hope she has a strong role. Glad Lee Joon is back. I see pictures from his radio show from time to time on Instagram and he is looking very buff.

Seems like an interesting concept to me. I'll definitely give it a shot.

Sci-fi k-drama can be a miss but what a cast. I am definitely giving it a shot.

It's only 6 episodes too, so it should be streamlined and not dragged out til no end like most K-dramas tend to be. Plus the cast and crew have a good drama record!

Not my cup of tea, but may check it out for Lee Joon. Do have give some credit for originality. I think?

That photo of Heo Sung-tae gives me Watcher vibes. Dare I guess that his character will appear friendly and cooperative, but has a hidden loyalty that conflicts with the mission and will lead to sinister actions?

Not sure about the plot though.

This is going to take a lot of money to make believable. Though I'm very happy to see Gong Yoo back in drama land, I'm heavily sceptic towards everything else. Sound more like a movie than a drama by the description.

Sc-fi is a genre difficult to master even with a huge budget and great director behind. How to make the science plausible and have an engaging plot, just to name a few. Hope this won’t disappoint with this amazing cast.

Hei Sung-tae is excellent in Watchers as the morally ambiguous police.

Happy to see Gong Yoo back on small screen again. Backing this with Jung Woo-sung, Bae Doo-na and I’m already sold. Hopefully it’ll become one of the masterpieces.

Bae Doo-na was one of the greatest Korean actresses to graced alrrady into international media. I love this most versatile actress so much even her hairstyle herself.

She was from two seasons of Forest of Secrets to this great Netflix sci-fi show. I still wished a continous good luck to her.

All casts are solid! I'm not really a fan of sci-fi drama but I'll give it a try for these amazing actors.

Love the actors, hate the concept. Dang. Would love to see them in a setting other than sci-fi.