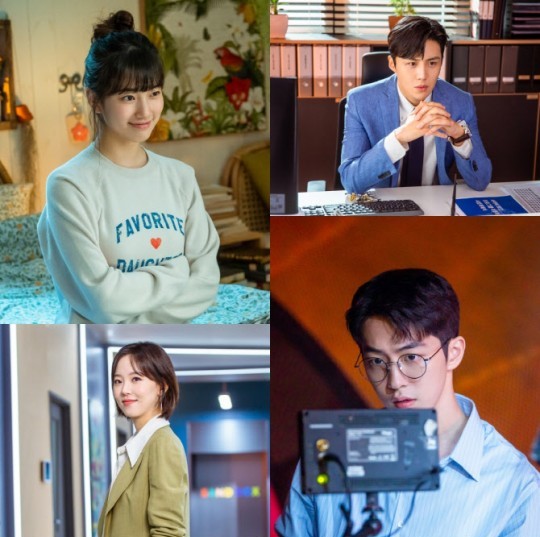 Leading up to its premiere in just 2 weeks, a new batch of character stills have been released for tvN drama Start-Up featuring the main quartet.

The story is about a group of young adults from different backgrounds, who team up together to make their dreams into a reality – building their tech start-up to become a successful business like Google or Amazon.

The founder of said start-up is Nam Joo-hyuk (The School Nurse Files) who has a lot of expectations to fulfill. His character, Nam Do-san, won a slew of accolades and awards during his school years and his family had high hopes for his future after graduation. In reality, though, his career has been lackluster thus far and he struggles to keep his start-up afloat.

Suzy (Vagabond) plays the role of Seo Dal-mi, a character who has been working for much of her adult life and squirreling away as much money as she can. She dreams of the day her life finally turns around for the better and when she reunites with Nam Joo-hyuk, she believes his start-up is her ticket to gold.

Kim Sun-ho (Catch the Ghost) plays a businessman named Han Ji-pyung, who enjoys success in the industry of venture capital. Having had a difficult childhood, he was forced to grow-up quickly and has the aura of a mature adult. Although the details are unclear, his reasons for joining the start-up is described as repaying a debt.

Kang Hanna (Designated Survivor: 60 Days) takes on the part of charismatic CEO Won In-jae. She is described as someone who speaks her mind and has strong resolve, and is not easily swayed by emotional or circumstantial factors in her decisions. However, even she has secrets to hide and personal motivations that ultimately lead her to participate in Nam Joo-hyuk’s start-up. 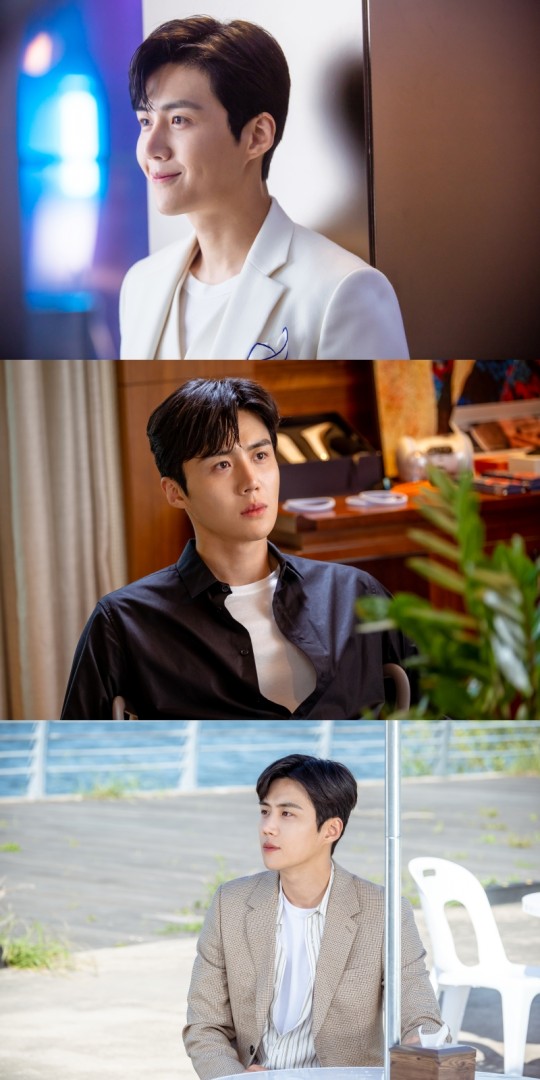 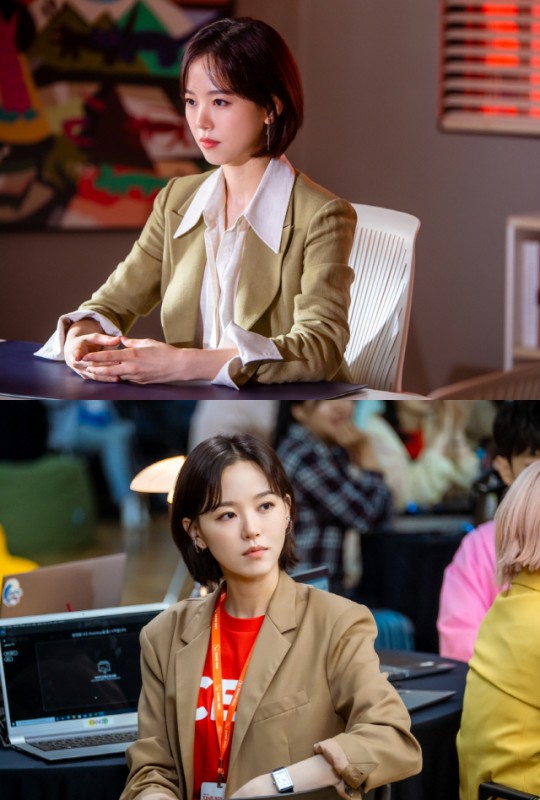 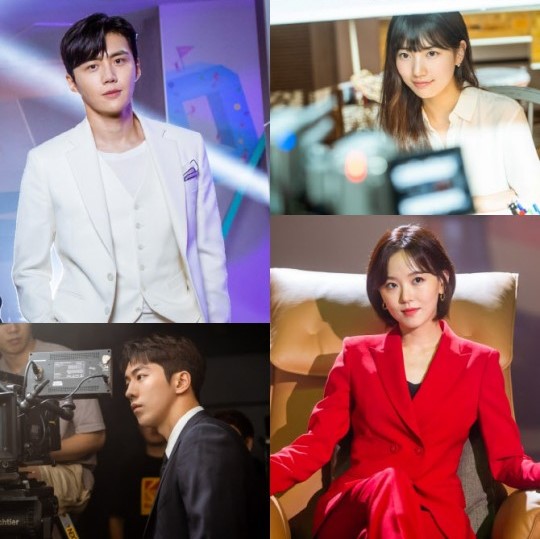 we´ll see. this better have some electricity, some serious ambition, greed, professional jealousy, and the look on fear and pressure to be a loser, shame, competion, risks and FOMO

lol! They look way too relaxed to be in a tech start-up. They look like they work in a small, but well-established design firm that only hires really good-looking, young people.

...who will get all stressed up and start guzzling from green bottles and get drunk prettily. Which will lead to the inevitable piggyback ride in a dark alley, where a zombie will spring out from the shadows and bite them and the end.

No, becoming a zombie is a great career move in the tech industry. You can work forever without sleep, giving you 8 hours/day advantage over your competitors. You have very limited dietary needs that can be met by your competitors - instead of just figuratively eating your young, just do it. I mean you’re almost a zombie any way; just go a little further and garner all the advantages!

LOL yes I've worked at high tech startups: no one looks that pretty or dresses that well. Or smiles that much.

After School Nurse Files, he looks handsomer to me. Before, I was like *Nam Joo Hyuk. Shrug.*

After bok joo I too was excited for nam joo hyuk’s next series - habeak. And then it all went down. Then watched nurse files and he was sooo good. That much inconsistency in this guy's performance, I won’t be holding a torch as of yet. My sole motivation to tune into this is mr. dimples aka Kim sun ho. If the others deliver, that’ll be like cherry on top.

I would be too, except with Suzy being the FL, it’s a definite pass for me.

Premise doesn't interest me at all. YMMV.
Writer & PD are quite promising.
Cast.... could be worse. At least the ladies are pretty.
The article didn't mention Stephanie Lee, but Asianwiki lists her. She's been an asset to other shows I've seen her in, and we can at least hope for some English with a good accent (?)

Until now, I find the promotion pretty boring... The plot is interesting but I'm just seeing pretty people, none of them look real as a character.

It lacks hedgehog too.

The trailers looked really boring. Not a fan of Suzy and NJH either so I will pass. Sorry Sunho!

Yeah I get what you are saying. My only pull at this show is Kim sun ho. Suzy has never been any good and nam joo hyuk was only good in bok joo. But I am a huge sucker for sun ho. I am just in such a fence over this one. I guess I’ll just tune in until it starts sucking real bad lol

Nam Joo-hyuk was amazing in The Light in Your Eyes.

Haven’t seen that yet. I liked him the nurse files. But then he did habaek where he was terrible. I like him in general but maybe he just needs to be cast in the right roles. Casting him in habaek was the wrong move then. Will check this one out soon. Thanks for mentioning this drama!

He was really good in that drama. However, I left LIYE reinstating the acting power of Kim Hye Ja. So much so, that it overshadowed every actor in the show. As for Nam Joo-hyuk, I'm neutral on him. He's definitely pushed a lot as a leading man lately, so we shall see if he has the chops to become a longterm leading man.

Off the wall question - why do I keep confusing Go Ara and Suzy?

No problem. They're just both normal actresses.

Go Ara is the one with hazel eyes.

They have reputations for being the top beauties of their respective agencies (which happened to be 2 out 3 of the biggest idol companies) and their acting is usually not well-received. I like Go Ara a lot more in dramas since she brings her go-for-broke aura to her roles.

Dammit! Don’t care for anybody here except for Kim Sun Ho. Seems like I’ll be forced to watch this!

Everything about this sounds boring, but it will probably have the same ratings as Record Of Youth.

NJH delivered well in Bok Joo, before and after, not really. But probably that was just me.

Suzy...can somebody do something with her expressions? Or face muscles? I can't feel anything with her. She can cry a river and I will just scratch my head. I just can't believe her emotions.

Kim Sunho, I swear, all he has to do is sit tight, do nothing, and I will laugh. I don't know why this guy always brings out a laughter from me. Something about him is naturally, strongly comedic.

Will I watch? Not sure. I'll enjoy dimples elsewhere on monday morning. He's so hilarious in 1n2d.