Go Joon and Jo Yeo-jung play a happily married couple in new promos for Cheat on Me, if You Can 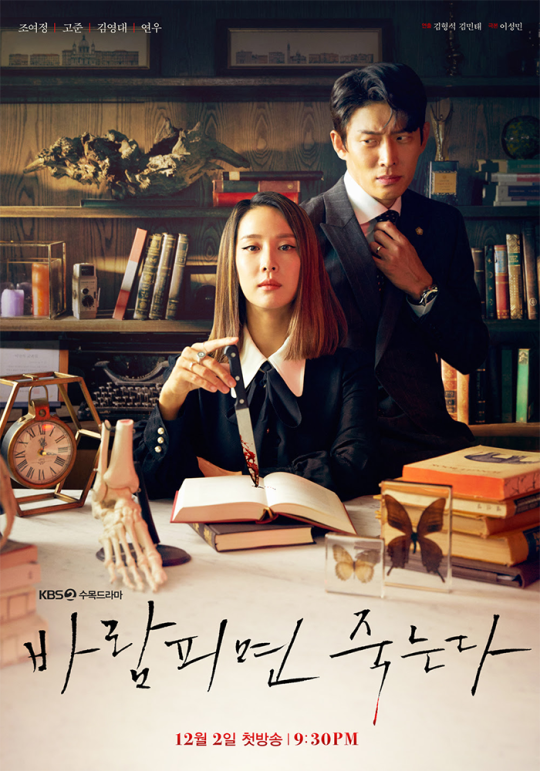 New promos have been released for KBS’s new mystery-comedy Cheat on Me, if You Can (a.k.a. If You Have an Affair, You’ll Die), featuring a new poster and two video teasers.

The drama stars Jo Yeo-jung (9.9 Billion Won Woman) and Go Joon (Oh My Baby) as a couple who agreed to marry with some curious conditions. Bound by a signed legal contract, the terms of their marriage includes a notable stipulation: “If you have an affair, you’ll die.”

In the newly released poster we get the sense that this may not be entirely a joke with Jo Yeo-jung posed at her desk, wielding a bloody knife. The knife, along with most of the props, is also a nod to the character’s job. As a successful and best-selling crime novelist, Jo is famous for the inventive and numerous ways she kills off people in her books. While Go Joon, who looks warily at Jo from behind, works as a divorce lawyer.

The first teaser is edited like a phone screen, showing Jo Yeo-jung and Go Joon trying to take a selfie together. They giggle and smile while adjusting the camera angle, when suddenly a text message pop-ups: “Honey, are you busy?” Alarmed, Go Joon grabs the message and rips it up, while Jo Yeo-jung turns to look at him.

He stammers, “It’s my grandma, grandma… it’s an old nickname of mine… honey…” before running away. The teaser comes to a close as Jo Yeo-jung turns back to the camera and a second text message pops-up: “KBS, Wednesday-Thursday drama / Cheat on Me, if You Can / Premieres Wednesday, December 2.”

The second teaser features supporting actor Yeonwoo (Alice), who plays a college student majoring in art named Go Mi-rae. She works on a painting alone in the classroom and uses a knife to smear the paint onto the canvas. Visually, the scene feels warm with sunlight filtering through the windows.

But the background music, although light in parts, also sounds foreboding. Once Yeonwoo finishes the painting, the camera finally reveals what she was working on and the music switches to horror. Like a title card for the drama, we see a black background with blood red writing: “Cheat on Me, if You Can / KBS, Wednesday-Thursday drama / Premieres December 2.”

Writing for the drama is Lee Sung-min (Mystery Queen); directing will be helmed by PD Kim Hyung-seok (My Golden Life, Oh My Venus).

KBS drama Cheat on Me, If You Can is currently set to premiere next month, on December 2, and will be airing Wednesdays and Thursdays. 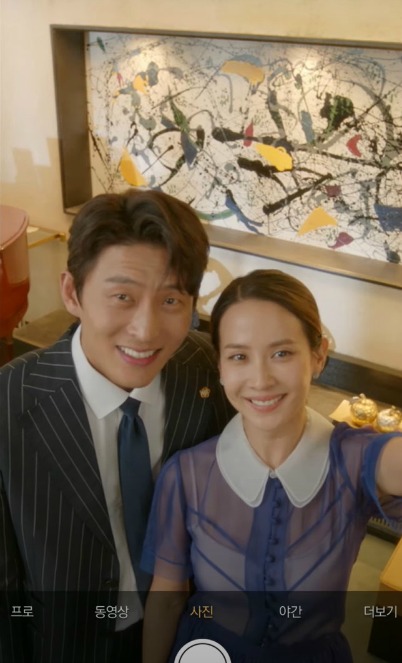 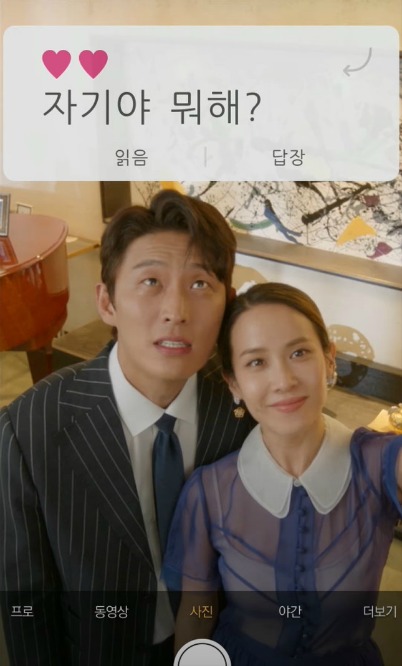 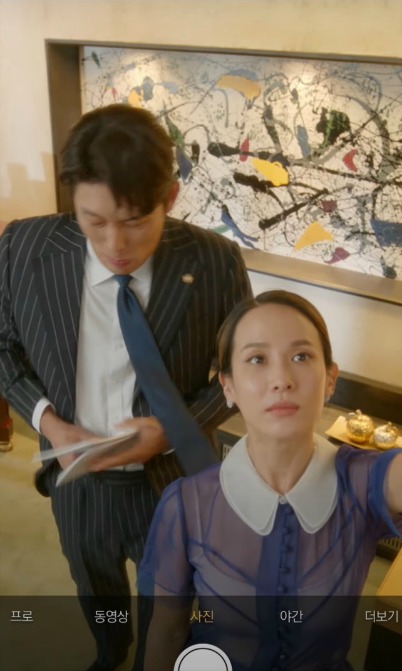 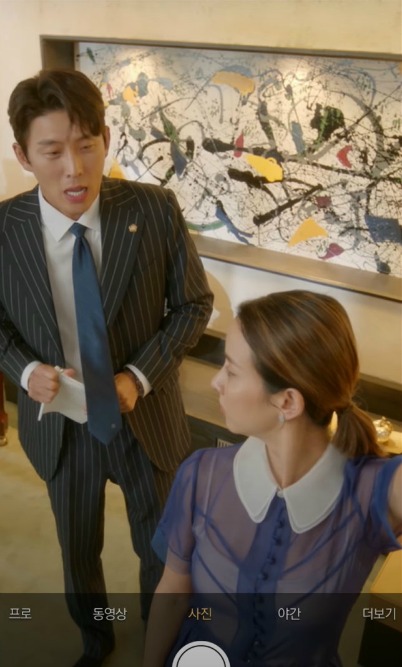 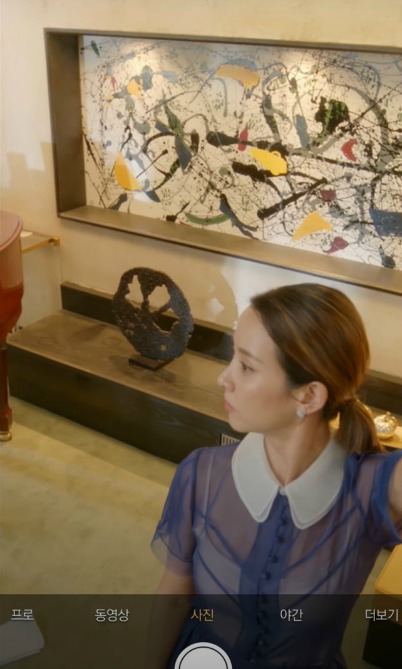 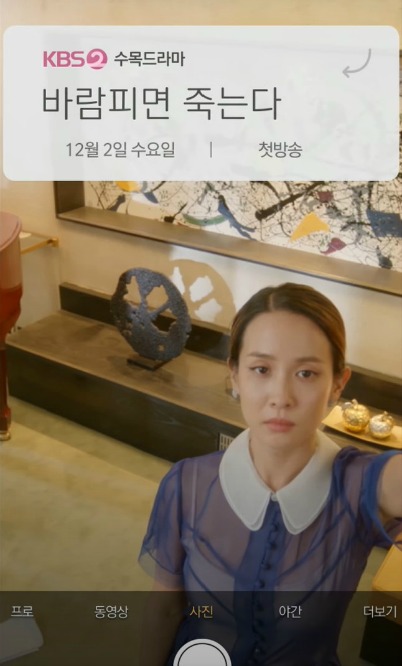 Tags: Cheat on Me If You Can, Go Joon, Jo Yeo-jung

@tccolb Thank you for the post.
What a cute trailer. I'm looking forward to this drama.

Wow... sounds interested already. That two teasers are good job so I love both of it.

The first teaser shown after Go Joon walked away, Jo Yeo-jung looked disappointed... so will she wish to die from cheating? My only question will figured out if Go and JYJ will hopefully be a happily ever after couple when Cheat on Me, If You Can will end.

This second teaser felt like CoMIYC fans will be turning into art lovers. I thought Yeon-woo will be one of the cast here, but she'll getting ready to move into her next acting level and I appreciate she was already learned as a great female real painter so she did it because she's loves not only painting, but art.

The teasers are pretty neat too especially the selfie one.

I'm excited, but had to pause when I saw the writer's name. She did well with the first Mystery Queen so here's hoping she does a good job with a fresh, new drama.

Love the promos! Looks like it's going to be fun!

I keep getting curious about this drama because everything about its plot and teasers seems to be something for a movie rather than a 16 episode drama. So I really want to know more about it.

I'm waiting for this one!

I am innnnn!
just show me Go Joon`s hands and I`ll be watching it raw. miss him