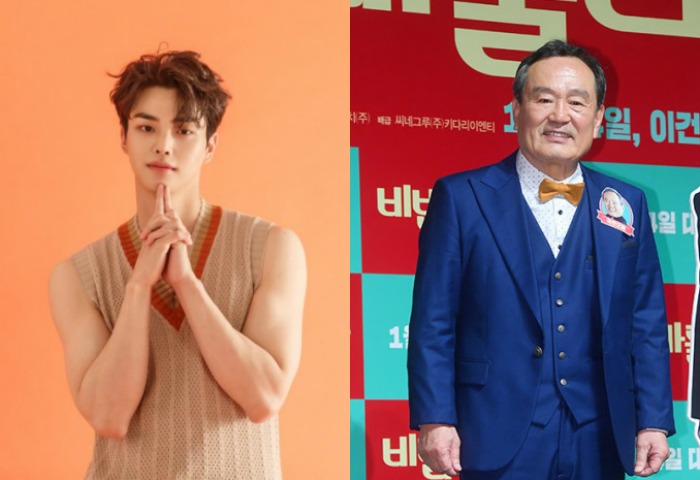 A new drama is in the works for tvN called Like a Butterfly and casting has been confirmed for actors Park In-hwan (Brilliant Heritage), Song Kang (Love Alarm), Na Mun-hee (Just Between Lovers), and Hong Seung-hee (Wind and Cloud and Rain).

Based on a popular and highly praised webtoon (written by Hun and illustrated by Ji Min), the drama is a coming-of-age story about life, maturity, and following your dreams. These themes are explored through the leading two characters: a man who decides to learn ballet at the age of 70 and a 23 year-old ballet dancer who, in contrast, is questioning his life path and dreams.

Park In-hwan takes on the main role of Deok-chool. Having realized he wants to live his life to its fullest and not leave behind any regrets, he decides it’s time to finally pursue his dream. So, at 70, he takes a brave leap forward and starts to learn ballet after retiring from his long career as a mailman.

Na Mun-hee plays Park’s wife, Hae-nam. Her whole life had been devoted to taking care of her kids, so much so that she gave no thought to having a life of her own. Now that her kids are grown-up, her only wish had been to not become a burden to them and live a quiet life. But her life gets thrown for a loop when her husband announces that he’s learning ballet.

Song Kang plays the character Chae-rok. Initially a soccer athlete, he switched to ballet after stumbling upon a moving ballet performance that changed his life. As a result, he started ballet late compared to his peers. And although he seems to have natural talent for the art, he is crumbling under the new pressures and expectations around him.

Hong Seung-hee plays Eun-ho, the granddaughter of Park In-hwan and Na Mun-hee. Following her dad’s advice, she has always made safe and “right” choices. Meeting Song Kang though, changes her perspective and she starts to think about what she really wants to do and what really makes her happy.

Written be Lee Eun-mi (Tunnel) and directed by PD Han Dong-hwa (Miss Lee, Police Unit 38), tvN’s upcoming Like a Butterfly is currently being planned to air early next year in 2021. 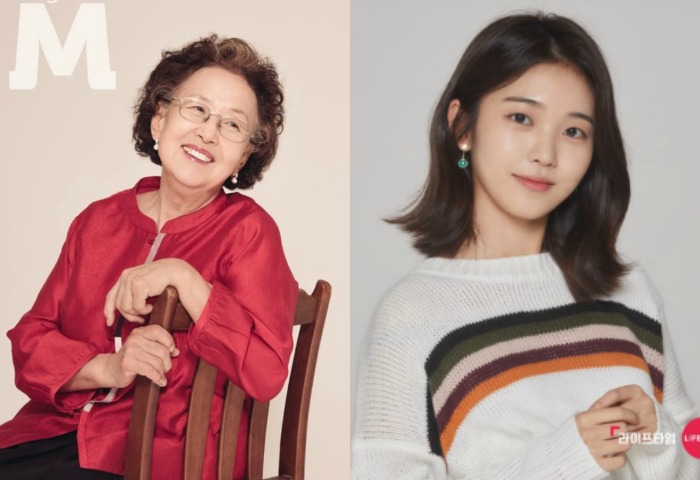 When this piece of news came out yesterday, I mistakenly read Song Kang as Seo Kang Joon and got myself excited for nothing XD

You know it happened to me as well, don’t you.
You and I use to read things that aren’t there and get anxious on nothing 😂😂😂😂

I read your comment and first got incredibly excited seeing Seo Kang Joon's name, thinking I've misread, and then immediately got incredibly depressed, realizing I didn't. The emotional rollercoaster of drama.😩

So sorry!!!! But now you know what @eazal and I have gone thru from misreading the name, too 🥺🥺

How dare they give us drama even before the actual drama starts?!?!?! 😅😂😂

Many of us love him, too!!!!
We have lovingly dubbed him as the Cinnamon Roll in the Beanie Community ☺️☺️☺️😘😘😘

I am in. All in. I saw "ballet" in the title and honestly that was enough for me, but then the description sealed my excitement. Can I say how I love that the ballet dancers are male! And with one being a young athletic man-previous football player to boot--and the second, a man in his golden years. Yay for breaking stereotypes!

I have seen many female ballet dancers in Kdramas, don't think I have ever seen a male one that was an actual character.

Well, this sounds refreshing and adorable.

I love the sound of this!!!

Wow, this is amazing! Excited to see this drama

This actually sounds like fun. I just hope that they do not make it too serious.

I felt like the next emotional K-drama and I hope it'll be one of the 2021 K-drama hits! I still unfamiliar with its cast (T-T) ... but I need more tears and a little bit of humor and I'm not gonna disappointed with this plot because there was a lot of endless sad scenes that I need to relax my mind. Hopefully, by ratings-wise, it will become a hit and we'll join one of the all-time TvN K-drama hits. I also hope we'll get by chance on Netflix too.

This sounds so different! I’m all in!

that picture of song kang is *chefs kisses*

Can I just say that this is one of the cutest plots of dramas that I have seen in a long time? There's just something about older people trying to achieve their dreams that makes me soft.

Not sure if you seen it or not, but Dear my friends is on Netflix! Catch it before the license deal expires. You see loads of older people there achieve their dreams/p.o.v.s and more!

Looks like I have another drama to watch! Thanks for the recommendation :D

No problem! I hope you enjoy! It's a character driven show, but the inner monologue/narration make it a easy to follow show and compact.

Letting you know b/c I watched Dear My Friends ep 1-2 on a crappy site b/c it wasn't available anywhere (Muddy sound/image quality). If it doesn't have the N logo on the show than it means that its under a licensing deal for X amount of time. Worse part is they don't even let you know when it's going to expire (Well for K-dramas at least) ://

this really sounds fun! i will check it out for sure!

Looking forward to how they're going to do this. I read the webcomic, still am reading it, and it's so incredibly well done.

Na Mun-hee!!! She's a doll <3 A true firecracker in Dear My Friends.

Seeing a show about ballet (traditionally viewed in feminine terms) with men also included in the perspective is great! Just b/c you do ballet doesn't make one any less than a man!! I hope this show breaks some gender stereotypes a long the way!!!

This sounds both lovely and tear-inducing at the same time. Will definitely watch!