A firefighter gets personally involved in a serial murder case when he's told that the killer lives in his apartment building and knows his young daughter.

A firefighter gets personally involved in a serial murder case when he's told that the killer lives in his apartment building and knows his young daughter. 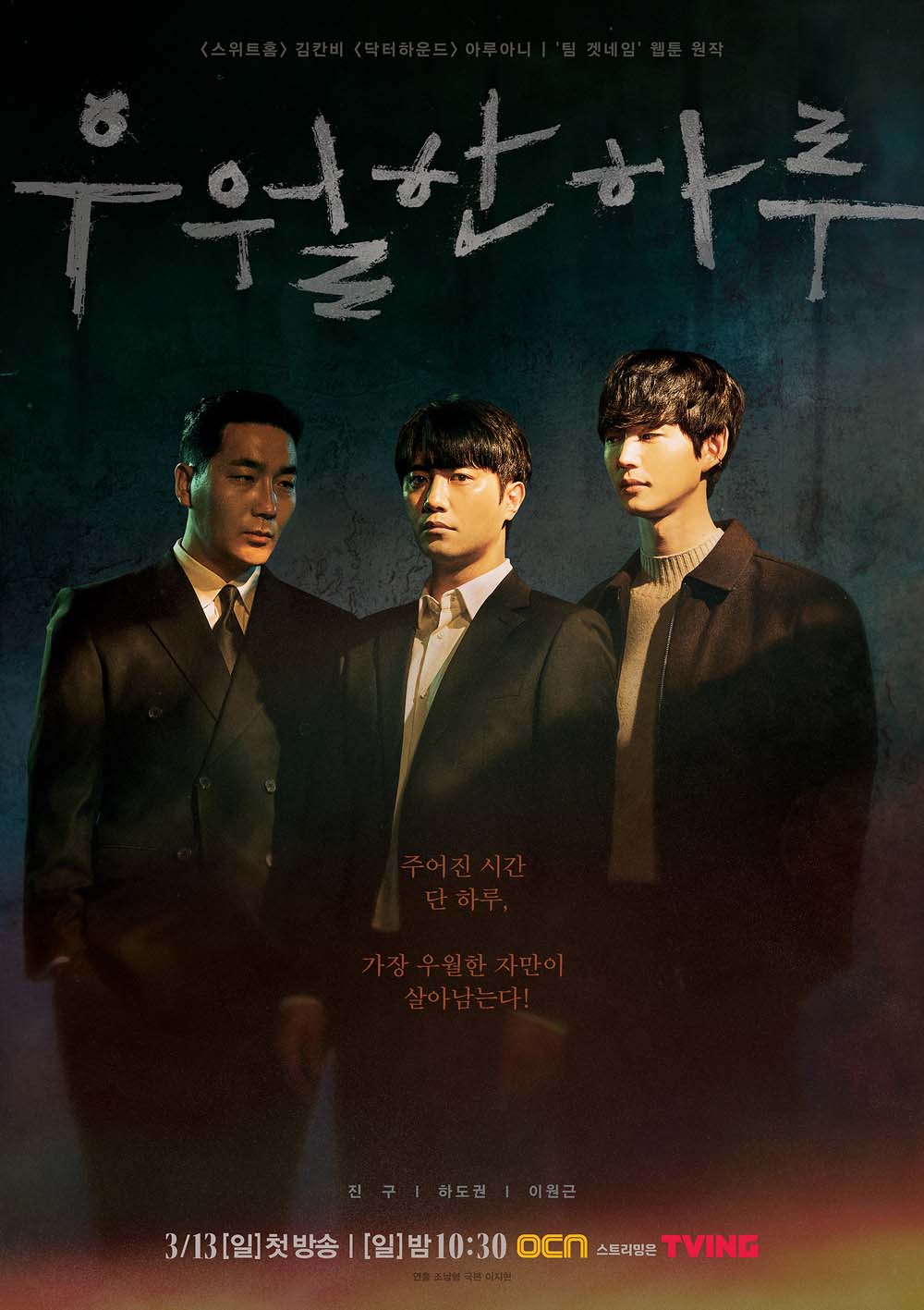 We’re in for another chilling tale from OCN in their upcoming drama Superior Day. In advance of the coming premiere, new promos have been released including a video teaser, posters, and stills.

The story has our three leads in a complicated web, and the question of who is chasing who doesn’t have a simple answer. Jin Gu (Legal High) is trapped in a dangerous blackmail when his daughter’s kidnapper instructs him to capture the serial killer Lee Won-geun (One the Woman). But no one knows Lee’s real identity, and there are several parties after him.

The infamous hit man Ha Do-kwon (The Witch’s Diner), for one, is already on Lee Won-geun’s tail and doesn’t want Jin Gu or anyone else in his way. All the while, Lee is putting his own plans in motion and he aims to prove to the world that he truly is superior.

The new teaser begins with alarms going off at a prison where Ha Do-kwon attacks a fellow inmate. The scene then cuts to Jin Gu waiting at a station and we hear a woman saying, “Even if you saw, you didn’t. Even if you remember, don’t ever say you do.” In the quick sequence that follows, we flashback to a sketch portrait, an injured Jin Gu, and a hooded man exiting the room. A text screen appears afterwards, reading: “The unknown serial killer returns.”

The video then jumps to Jin Gu receiving a phone call. He asks, “Who is this?” and a girl breathes, “Dad…” Cutting to a crumpled photo of a girl and then someone tied up on the floor, Jin yells his daughter’s name. In voiceover, Jin continues his phone call and demands the mysterious caller to talk. The caller ominously asks, “What’s more precious than your own life?”

As we transition to a hooded man waiting on a subway platform, the captions read: “In order to catch a monster, you need to become a monster.” In the next sequence , we see police investigating a crime scene, and close-up shots of our three leads: Lee Won-geun, Ha Do-kwon, and Jin Gu. Jin explains, “I’m the only one who knows his face.” To which Lee replies, “I think you need to run away.”

In another text screen, we read: “An explosive thriller about three men,” before we jump to Ha Do-kwon defending himself from a gas attack and fighting off his opponent. Jin Gu warns, “Don’t think that I can’t do it.” But Lee doesn’t back down, “If you want, I’ll show you… how superior I am.” The teaser comes to a close on a desperate Jin Gu and a final text screen that reads: “Only the most superior will survive.” 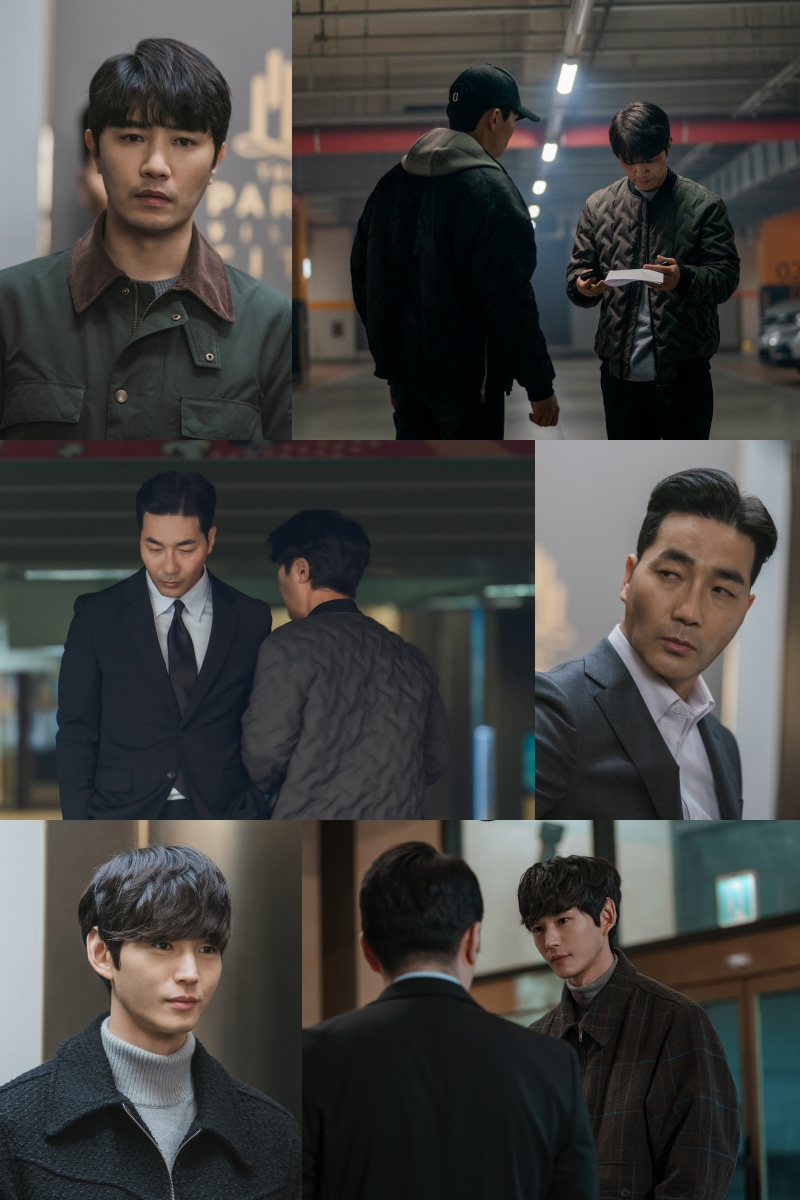 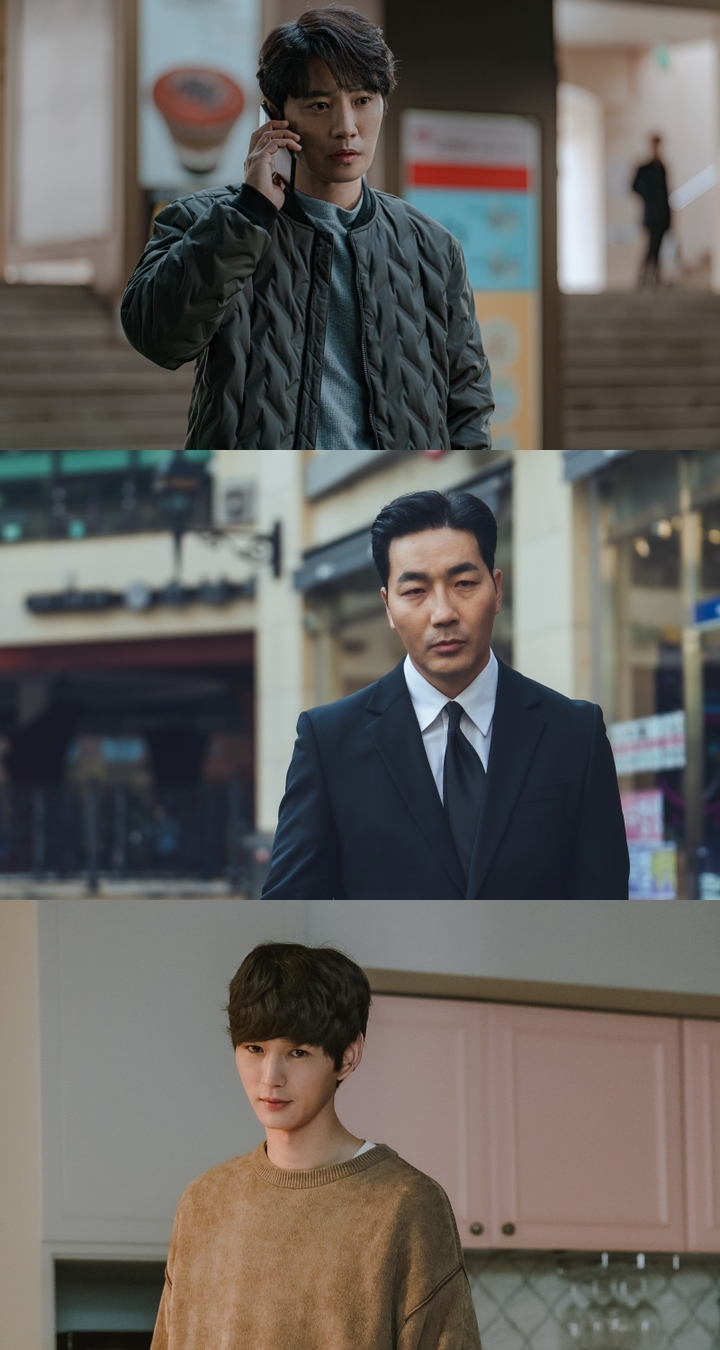 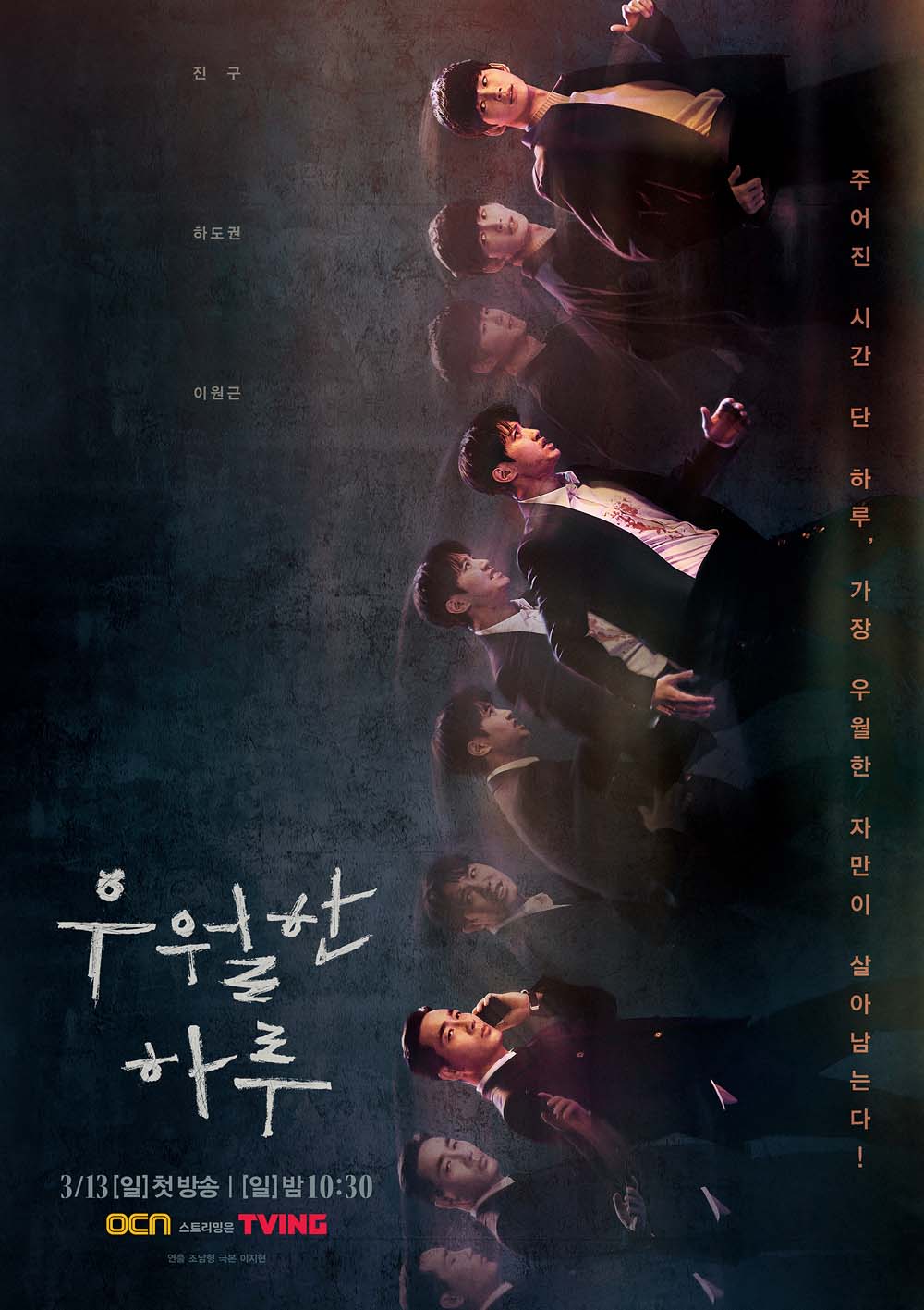 OOOOH this actually looks fun, what a twist on serial killer dramas.

Availability: Viki US. OCN’s A SUPERIOR DAY is currently on Viki’s “Coming Soon” list.
It will have 8 episodes with one episode airing each week on Sundays at 22.30. Episode one airs Sunday, March 13.
I will be there.

THROUGH THE DARKNESS fans if Ha Do-kwan looks familiar it may be because he is in the cast of TTD playing the boss at online media Fact Today.

Lee Won-geun as a serial killer? Nooooo! I can't imagine him in an evil role.

This actually sounds super exciting and twisty. Will definitely try to give it a shot if I have time.