Three impoverished sisters find themselves involved with a wealthy and controlling family. The promise of safety and security tempts the little women as they fall deep into the family's secrets.

Three impoverished sisters find themselves involved with a wealthy and controlling family. The promise of safety and security tempts the little women as they fall deep into the family's secrets. 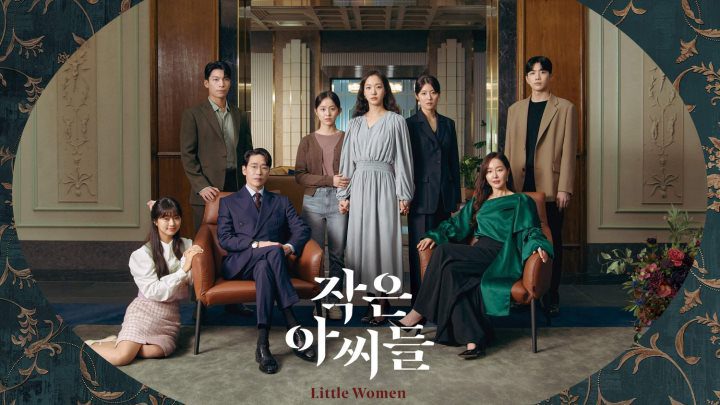 What a ride. I was personally thrilled by such aggravating women because I was reminded how human we are. Sometimes, I pleaded for the older sisters to exhibit some consistent stoicism but seeing their gazes deviate sometimes in the faces of their enemies, bodies trembling in fear, or their screams of desperation, it really slapped me back into reality. I'm sure if I was in this dilemma, I'd make some stupid moves as well.

I am also torn with how to feel about this drama overall - I loved it but as voiced in other comments, what was this story trying to say? Does money cure all? Wasn't the 70 billion won stolen from victims? Are we just going to casually mention the Vietnam War? But hey, that's drama.

*side note* Won Sang-ah's botox was really getting to me. Every time she smiled, I was terrified about them cheeks.

I'll start with a line in @emilyhewett 's comment in the finale that goes thus: I can't let go of Little Women this quickly! It's not every day you stumble upon five star dramas!
Thinking about it through and through, I most definitely agree. So many things made this piece of art a 5-star drama. From the stellar casting to the sterling acting of the leads and supporting cast, a well written story, great directing and cinematography and good use of aesthetic effects.

Impressionable acting from Uhm Ki-joon as a psycho husband and an earnest man named Park Jae-sang, to Uhm Ji-Won as mysterious Won Sang-ah, to Kim Go-eun as the wide-eyed lady with the pure heart beat In-joo, to Nam Ji-hyun as simple and straightforward reporter In-kyung, who still had to learn how to fight higher-ups without causing harm to yourself, to Wie Ha-joon as trusted conman Choi Do-il, and to Chu Ja-hyun as the Book keeper from the Future named Jin Hwa-young. To be mentioned is Park Ji-hu's bratty In-hye who I bet you you'll be forced to come to love. Everything about the casting of Little Women screams perfection, from main to supporting cast.

While composing this I was thinking about the title of this drama and why it picked Little Women as its title and a few things clicked. Truly, the trio sisters in Little Women were truly little. Thrown in a world they definitely can't fight without the guide of those in the game, they had to learn the ropes again. With the kind of formidable forces they had to go against with nothing but their name and wit as their main weapon, we get to watch them lose, win, learn through tears, hurt each other, make unholy alliances, and costly mistakes. To see these little women named In-joo and In-kyung strike the pressure points of their magnificent and well stratified opponent with great damage impact, bringing it to crumbles both inside and out we stand to ask, Are these Women Little in any way? Yes, they were. Did they remain little? Well, that depends on you. I still found them as Little Women at the end of it all.
The allies they made with the rich class coupled with the lessons learnt from them, and the strong friendships they forged as the journey continued is one that give a lot of room for to-think-abouts.

There's nothing little about Little Women. The only thing little in here is the title. It's not everyday you stumble upon a great 5-star drama with the title 'Little' in it.

Is This Drama Worth The Hype? There will always be people out there who say certain dramas aren't as good as everyone says, and I'm sure "Little Women" is no exception. But generally speaking, I think most fans would tell you that this is an objectively good--even great--drama. I personally thought it was fantastic, and one of my favorites of this year. No one should be shocked if it wins a lot of awards. It deserves the attention and love.

What Makes This Drama So Special? It has a very clear and distinctive aesthetic, tone, and style that feels carefully planned and nurtured. No moment is wasted, no talent squandered, no twist poorly planned out or executed. The writing is confident and assured, and although sometimes it's hard to follow the money sometimes, it's not too difficult to understand what's going on and why.

Who Would Like It? From the opening notes of the instrumental score to the stunning sets and performances, this is a drama with great general appeal. Whether kdrama novices or experts, I'm hard pressed to think of any viewer who would not find at least something to enjoy here. It's a sumptuous visual feast with substance and heart, and it's also, at its core, extremely entertaining from start to finish.

What If I Hated Vincenzo? You might still like this. I immediately recognized the look and feel as similar to Vincenzo, especially when it comes with that feeling that even though things are going to get very, very dark, all hope and happiness will never be lost. But this show is definitely more female-centric, and it doesn't glamorize vigilante justice in quite the same way as Vincenzo, although it's equally critical of various powerful institutions and bodies.

Is it Anything Like Louisa May Alcott's Novel? This is an extremely loose adaptation, but as someone who knows that book well, I enjoyed the small connections I found, and wasn't disappointed at all that this is not a faithful re-telling. You could say this drama is inspired by some of the general character arcs and themes of the novel, but that's about it. I will say that the novel served as a reference point at times for me to understand the characters and what they represented, and that made it a richer viewing experience.

Is Wi Ha-joon Really That Hot in This? Yes. Yes, he is.

If you like makjang's, then this drama is a good one in that category with a make-believe plot. The directing is stunning and so are the actors, but writing turns sub par with few side plots making little to no sense. Surely not a must-watch but recommended for adding to "later-watch" because it is better than most 2022 dramas. Ratings: 7.5/10

Us : How many twisted twists we could get?
PD : Yes.

Omg this drama was amazing! From start to finish! I don't usually watch thrillers but I wanted to see Kim Go Eun in this drama. One warning though: it was terrifying. Many times I was left shaking after an episode. There were sooooo many twists and it just always felt like something horrible was about to befall out heroines. I loved how female driven this was. Heroes and villains. I think they did a really good job of depicting some of the struggles of a family living in poverty. Many kdramas do this badly and it always annoys me when when supposedly poor heroines have great outfits and nice smartphones. But they really thought through the details of what it means to live struggling to make ends meet on a day to day basis. Wonderful acting by all. Very tight plot. I loved the dynamic between In Joo and Do il. Kept me guessing until the end. Many iconic lines by Do il. Best kdrama I've watched in a long time!

Stuff that made me scratch my head:
1. Sensationalistic plot
2. Loose ends
3. The Oh sisters end up with the stolen money and that's OK?
4. Hwa Young's revenge plan