First look at the leading ladies of Woman of Dignity 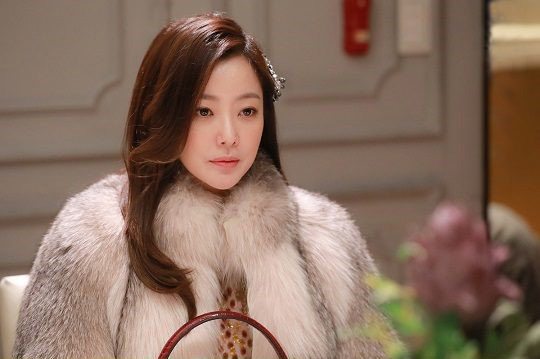 We have the very first stills for upcoming drama Woman of Dignity, featuring Kim Hee-sun (Angry Mom) and Kim Sun-ah (Masked Prosecutor) in character, and the contrast between the two is readily apparent.

Directed by Kim Yoon-chul (Madam Antoine) and written by Baek Mi-kyung (Beloved Eun-dong), Woman of Dignity is about an elegant Cheongdam-dong woman played by Kim Hee-sun who relished a life of luxury until her chaebol father-in-law’s conglomerate unexpectedly falls apart and her husband cheats on her. Subsequently, she hits rock bottom, but an encounter with Kim Sun-ah’s character will change both their lives 180 degrees.

Kim Sun-ah plays a woman from the Choongcheong-do boondocks whose ambition is to leave behind her humble beginnings and become a member of the upper class. Woman of Dignity aims to be a satirical human comedy and also stars Jung Sang-hoon (Jealousy Incarnate) and Lee Ki-woo (Memory).

Kim Hee-sun is looking every bit the wealthy and refined wife with her tamed hair and plush fur coat. And then we have Kim Sun-ah and her short frizzy perm, peeling an apple in casual dress. I’m looking forward to seeing how these two opposites attract and change each other for the better. Or worse.

Woman of Dignity has not finalized a broadcaster yet, but will premiere sometime next year in 2017. 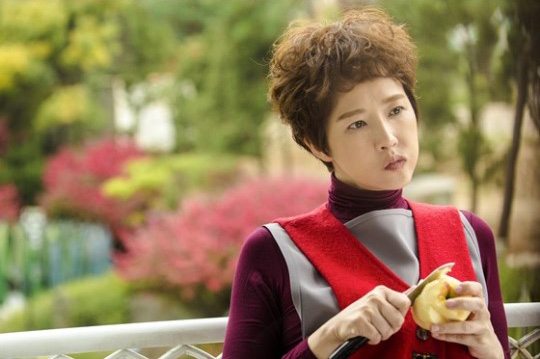 Yay! Is so good to see Kim Hee-sun again!

I'm glad is described as "satirical" because I can't stand an over the top revenge drama for now.

Agree. I want this to be like that She-Devil, Roseanne comedy from the 80's or the one with Bette Midler - Ruthless People. A satirical-revenge-comedy, if that makes sense. No over the top melodrama, melancholy, makjang plot. That has been done, and overdone.

So many Kdramas watchers have been switching to Chinese dramas, for their more prominent, and pivotal women led story lines, so it would be nice to see a kdrama about female friendship, and not rivalry or love triangles, or revenge over a man.

How does Kim Heesun not age? O.O

are they going to be friends? I hope so, because they are two Kdrama celebrity crushes ...

Kim Sun Ah and her short frizzy perm and overall ajumma get-up, yet with her face miraculously not made up in the stereotypical ajumma style, and her refined sleekly-drawn eyebrows.

Night Light came to my mind when i read about the drama. Nice to have two woman centering dramas.

The "satirical human comedy" aspect makes me think it's gonna go Night Light by the way of SKL. Which would be more awesome, giving us a variety of ladies-led dramas. Fingers-crossed it would be a good one.

Kim Hee Sun is so beautiful

I like Kim Hee-Sun a lot, so I'm watching this just for her. But the premise sounds interesting and I'm all for galmance (a.k.a. female friendship). I hope it gets a broadcaster soon! Looking forward to it!

Before it said it was a satirical comedy I thought of Night Light.

This could be great fun with these two actors. :) As Grapes said, it's great to have two female-centric dramas!

I'm a fan of both :) I'll be looking forward to it for sure.

Same here, I think both of them are marvelous actresses, and so I'm really looking forward to this one.

What is secret of Kim Hee Sun to look younger and younger?!

Another female centric drama - I'm in

Anyway i am so looking forward to this. Hope it will air in the first half on next year!

I want all those cameos please! :)

We need drama with all powerful women! ;D

Since I have major girl crush on Those Kims--my biggest girl crush is Kim Hye Soo, I wish they're going to make cameo appearance here.

That line up is #CameoGoals!!!

That cameo line-up is goals!

KHS is gorgeous and forever young. The premise of this show sounds interesting and these two seem poised to rock their roles roles.

Yay, I missed seeing KSA .... And please, I hope this drama will be good. I watched MP but it was meh.

Not really familiar with the writer's past drama ... anyone seen it?

so My Love, Eun Dong's writer has two dramas already coming, Park Bo Young's and this one. She must be a good writer.