God’s Gift remake to air on ABC next summer 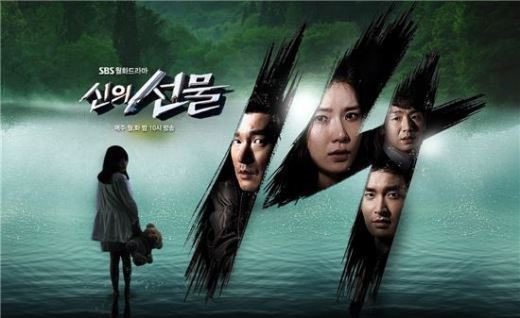 We’ve seen a slew of K-drama titles get sent to Hollywood for the remake treatment in recent years (see: You From Another Star, Nine, and Good Doctor, among others), but we’ll finally see one actually hit airwaves with ABC’s remake of dark mystery-thriller God’s Gift — 14 Days announced for a summer broadcast next year.

We’d previously heard that this remake series was in the works, and now it’s been reported that the new show will be named Somewhere Between and run for ten episodes. The drama was ordered straight to series (rather than going through the traditional pilot and upfront season that most shows undergo to land on the fall schedule); it’s part of ABC’s strategy to debut programming in the usually empty summer season, when most shows are on hiatus.

It’s an interesting tactic, but probably appropriate for this story, which unfolds over 14 days in a race against time when a desperate mother (played by Lee Bo-young in the original) who’s lived through her daughter’s murder gets a second chance to come back in time to save her. The original was heart-pounding and thrilling, with brilliant acting by Lee and co-star Jo Seung-woo, and I loved everything about it except for that goddamned ending. Maybe they’ll get it right this time?

I'm excited to see how this turns out!

And happy to watch a second season of Better Late Than Never - the first season had us laughing out loud (and cringing just a bit).

I really hope the ending isn't messed up. Thanks to that ending, I can't even recommend the drama to anyone and it's such an awesome drama too!

THIS. A great drama can just be ruined with a bad ending or bad editing *coughs ML*

I still recommend it, but tell them not to watch to the end. :P

I hope they change the ending in this version.

I am intrigued by this news. Hopefully ABC can produce an excellent show (and come up with a better ending than the original's supposed let down of an ending.) There have been some great remakes of Scandinavian shows over the years, so hopefully this will follow suit.

Truthfully, I have yet to watch this drama. It's been in my queue forever! I am loathe to become emotionally invested in a show and characters only to get a colossal let down at the end. I have heard some seriously negative things regarding the ending. Is watching this show even worth my time?

They should somewhat respect the Korean roots of the show, Steven Yeun should be the lead!

Agreed, I would like dong chan's character to be played by an Asian actor :).

Can I just ask why do you think they should respect the Korean roots of the show? They have bought the rights so have no reason to include anything Korean in it. And did Korea reflect the American roots of The Good Wife? Viewers don't really care where the original idea comes from as long as the show is good.

This will probably be a sci-fi high tech glossed version of god's gift. I don't think it can surpass the original in terms of quality.

I found out about this last night and I was so excited. I like that a k-drama will be put in the spotlight and the possibilities for future shows to gain recognition. I also like that they are opting to use the Kdrama format. It was one of my feara that if one of these shows was remade that it would have multiple seasons which would ruin the flow of the story. I also hope they keep some of the memorable scenes and characters intact, like the scene were the killer calls her in the studio, the police chase when she is trying to take the money and of course I hope they keep Dong Chan:D

But I agree I hope they change that goddamned ending.

Yes, my only hope for the adaptation will be a better ending.

Regardless how good a drama is, a bad ending will always ruin it eventually.

Oh, taking kdramas and adapting them as mini series for the summer seems like a good idea. I think many of them would lose something if they tried the usual 22 episode multi season format. As it's been a topic of discussion lately, I don't know if kdramas will ever find a place outside of streaming for the U.S. audience, but this could be a useful way to introduce more people to them.

Ohhhhh, the casting possibilities. If American network TV has taught us anything, it's that they believe White actors to be the blankest of slates, and thus, will likely lean towards placing two White leads in the main roles in an effort to make sure we know that this adaptation is all about the story and not about some other political/social messaging.

But, if I had my way (and if she weren't otherwise engaged on a rival network), Lucy Liu would make a perfect Americanized Soo-Hyun.

...do the Drama Gods answer prayers about American adaptations?

Any remake inevitably affects how people view the original, so surely the Drama Gods would answer such prayers so as to not tarnish the image of K-Dramas!

Lucy Liu would be amazing!

I'm thinking the best combo would be Maggie Q and John Cho. They are both great actors and could really dig in to the roles well. The only conflict might be that Maggie Q is on Designated Survivor, but at least that's another ABC show.

Let's just think of this as the drama's 14 - erm, 10 - days to go back and fix that shitty ending. This drama had me on the edge of my seat and then THAT happened. We all know exactly how that should have ended and maybe this time it can end the right way. Of course, if they drop the ball and cast anyone less than stellar for Captain Awesome I might not even care.

Ok, it's done, i will go watch this drama, I've been reading good reviews about it here but I've been hesitant but I think it's time to go check it.

That goodamned ending, tho. That goddamned. So unforgiven forever. I don't think I could ever forgive the writer for that what-so-called-with ending. What a pity, from this uber awesome drama, all that will always linger in my mind is that mess finale. Haha I suppose I won't ever get over the pain of this show. Anw, will be anticipating the US remake ! I hope they will cast the leads as badass as our favorite ahjumma and of course our the unforgetable captain awesome.

I loved the original, other than the ending, which I have chosen to re-write in my memory, so I hope this one will be good!!

I actually think it's likely they might change the ending, because if the show is successful they will want to do a second season, and will need to set that up somehow. Though that in itself worries me, too - how could they possibly do a second season?

Ideally, this will be a one-season only show, but with an improved ending. :) And hopefully the actors they cast will be excellent.

One of the best thriller and a heart pounding drama, with top actors Jo Seung Woo and Lee Bo Young.. not to mention the disappointing ending that i never expected just like you Javabeans.

But i really love this drama...

Whenever there is a thread on good dramas with horrible endings, this one is always in the top 3. I think the summer run is perfect.

I hope they cast Daniel Henney as the male lead...

I liked this drama for the first seven episodes but dropped it since I did not like the daughter. That was my main problem, the daughter keeps getting in trouble after trouble and not listening to her parents.