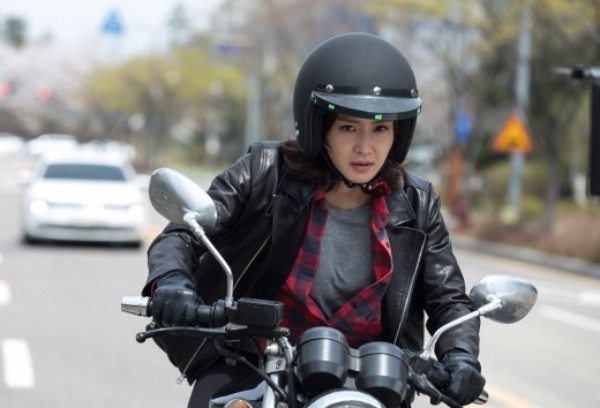 Ooh, this action drama looks like it’s shaping up pretty well. Actress Lee Shi-young (Valid Love), who is actually a boxing champion in real life, will star as a former sharpshooting medalist and police investigator whose daughter is murdered. Because of the slippery nature of the culprit, she ends up joining a vigilante organization to capture him.

Kim Young-kwang plays an ambitious young prosecutor with dreams of revenge filling his head because of his own tragic past. Kim Tae-hoon plays a prosecutor who has different ideas of justice from Kim Young-kwang; he’s an idealist, and that leads to them butting heads. Shin Dong-wook (Soulmate), who’s making his first TV comeback in seven years, will be playing Kim Young-kwang’s half-brother.

My personal favorite in this cast is Kim Seul-gi, who plays a character that’s a little kooky-strange, and I can see the actress playing her really well using her own unique brand of charm. She plays a hikikomori (ultra-shy shut-in) who lives her life through CCTV. She is the surveillance system for the organization, and she’ll eventually be working with Key, a genius hacker with whom she’s supposed to have a cute bickering relationship.

According to reports, Lee Shi-young has made tremendous efforts to make the action in this drama look realistic. She enrolled in acting school, and has been practicing stunts that even her male colleagues would be hard-pressed to follow. In an interview, she said, “As difficult as it’s been, I have high expectations for it. The motorcycle scenes were fun. I think I’ll get to do all the action stunts I’ve wanted to do through this drama.”

MBC’s Monday-Tuesday drama Lookout begins in May after Rebel: Thief Who Stole the People ends. 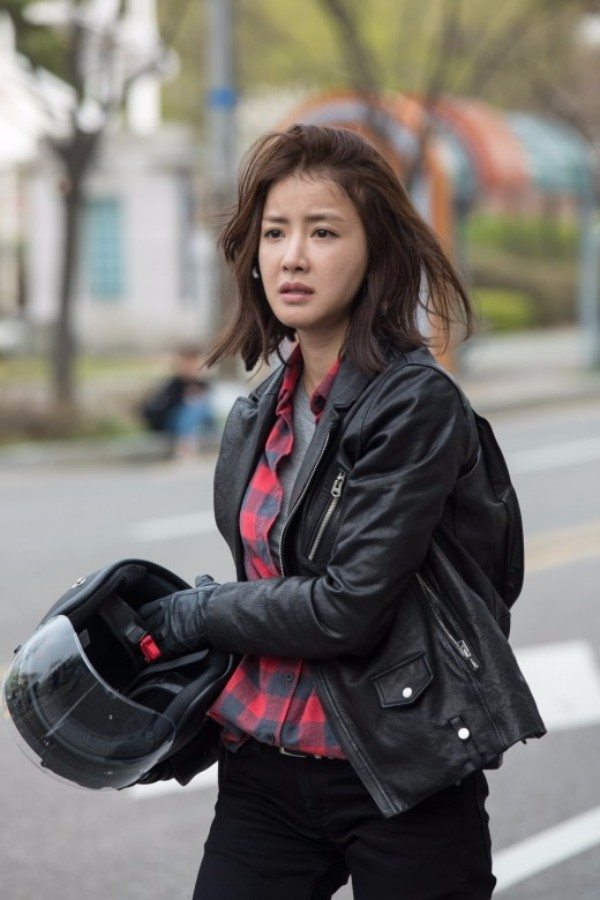 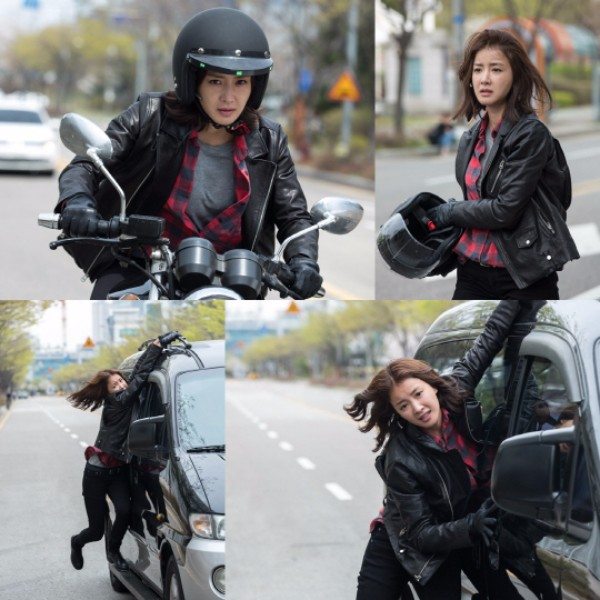 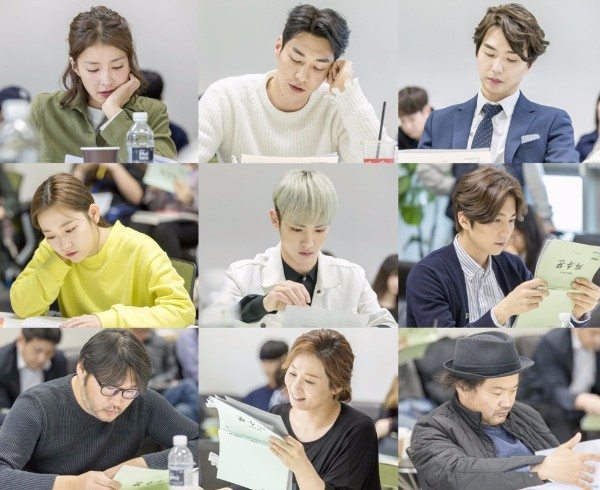 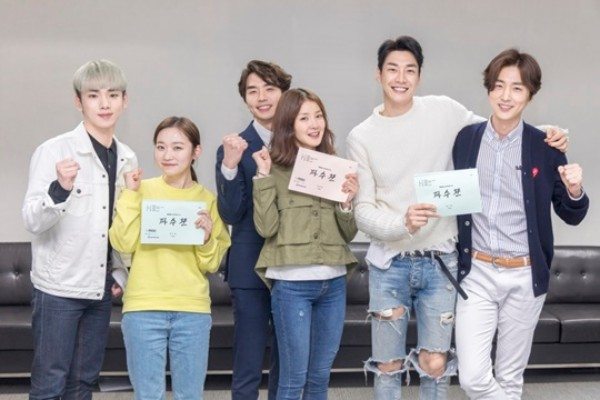 is she... the female version of Teacher? and writer of Two Weeks!

Oh I had forgotten about this drama. Lee Shi Young, Kim Tae Hoon (*squealsss*) AND Kim Seulgi all in one drama!! The plot isn't particularly striking but I'll definitely give it a try for the cast.

LSY looks so pretty and attractive.

I just spoted the eldest daughter in-law from Father I'll Take ..., i like this actress but it seems like she doesn't rest I've seen her in many dramas since last year and this is her 3rd drama in a raw on mbc.

I love her in Wild Romance and she's really better with this kind of tomboyish roles. I guess being a real life boxer gives her that kind of impression.

Omg!!! Shin dong-wook is coming back to dramaland... so happy for him

Cant wait!! The cast is amazing *cough* with the exception of Kim Young-kwang *cough*

In early 2017, I picked up the food show "Baek Jong Won's 3 Kings" which has LSY as one of the main MCs. I've been hooked on her every since. The girl runs 10km regularly, man. My girl crush of 2017. I can't wait to see the stunts LSY will pull off in each episode. So much female badassery. Plus it has ever talented Kim Seul Gi as well! I think I'll tune into this when it airs.

I'm so keen to see Kim Seul Gi on my screen. I wish someone would give her a leading role, she's so delightful ^.^

She is such a jem! I fell in love with her in Surplus Princess.

i agree! i <3 her so much. i need her to be given a leading role in a full drama.

When all your children are coming together to act in a drama but you're still hesitant because you're not the biggest fan of Kim Young Kwang ._.

shin ? dong ? wook ? is ? back ?
excited for key and seulgi being cute and weird together
also that last picture looks really awkward

I love Kim Tae-hoon, he does both the bad guy and the good guy really well, looking forward to see how he's going to portray this prosecutor!

Heard all the complaints about KYK. Since apparently KYK, LSY, KTH, KSG, and Key are main casts (I thought other than KYK and LSY are supporting, but knowing this I am super happy about others' increasing screen time lol) I hope the rests will cover it for him

I saw her in My Beautiful Bride, and I thought she was ok. The cast looks good though so I might try to see it.

This looks so interesting! It's exciting to hear about different female character descriptions to the ones I'm used to reading about for k-dramas.

Now I'm just waiting for a drama where the female lead, rather than the male lead, is a genius.

LSY is so badass, I like it ! And welcome back Shin Dong-wook ! So happy for you !

Lee si young rocks when she is kicking butts..... I guess santa is bringing my chrismas presents in MAY with all this awesome MAY dramas.

Looking forward to seeing Shin Dong-wook. I'm buying the half-brother deal with Kim Young-kwang, whose performance I enjoyed in SWEET STRANGER AND ME.

I've seen Lee Shi-young in LAND OF THE WIND, MEET THE IN-LAWS, and FIVE SENSES OF EROS. What I didn't realize is that she had starred in a modern version of the Hong Gil-dong story. Har! So is that why LOOKOUT is following REBEL?!

* Off to watch THE RIGHTOUS THIEF / DESCENDANTS OF HONG GIL-DONG *

Am I the only person worried about Taehoon's character blurb because of Bad Guys spoilers? :'D I love him but he has his Naughty Glasses on in the MBC teaser, I can't take him possibly making ANOTHER evil turn ;w;

When is my bb Kim Tae Hoon going to get a lead role? I loath and I'm allergic to Kim Young Kwang. Lee Shi-young is so freaking type cast but great at these roles so best of luck to them. Depending on how may screen time and storyline Kim Tae Hoon gets (pls don't be the big bad) I may tune in.

Love Kim Seul Gi. I'm still dreaming of her in a romcom with Yoon Doo Joon! I can't get over splish splash love :(