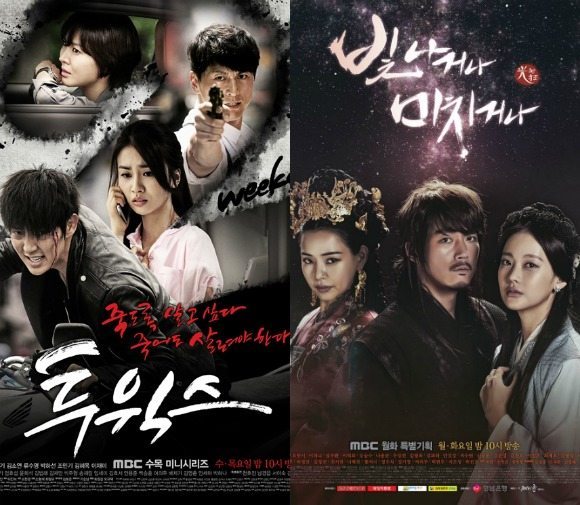 Just on the heels of the premiere of its epic sageuk Rebel: Thief Who Stole the People, MBC has announced the next drama to follow. In May after the Monday-Tuesday drama ends, they plan to broadcast a new vigilante drama called Lookout, which is about a club of ordinary people whose lives were shattered because they lost their loved ones due to violent crimes.

In the drama, the characters will realize that they live in a society where basic rules like “Bad guys should be punished” are not kept. Despite karma not doing its job, they become the “good guys” who fight for justice. The drama will capture how they learn to embrace and accept their pain and create a better world, where people can believe that justice exists.

Writer Kim Soo-eun won an honorable mention with the script in an open contest held by MBC in 2016, and PD Sohn Hyung-shik of the thrilling fugitive drama Two Weeks and the fantasy sageuk Shine or Go Crazy will be directing. I loved the heart-pounding suspense of Two Weeks, which starred Lee Jun-ki as a good man outside the law, though I have more reservations about Shine or Go Crazy, which I disliked as a traditional sageuk-lover. So I’m tentatively reserving judgment until more information comes out, though Lookout sounds closer to Two Weeks in theme, which is promising.

The drama has yet to start casting, but is it too much to hope that Ji Sung will jump in after he finishes Defendant? With those big expressive eyes, I know he’d be great as an emotionally-scarred everyman…

Amen to Ji Sung as the lead! Though he'll probably be on babysitting duty during his wife's drama.

Oh man. I want to see that! He needs to be temporary cast on superman's return! (Like oh jiho and co.) imagine he channeling ahn yona while babysit his daughter

Whoa, I actually started writing a similar story in high school lol. Maybe I should have become a drama writer...

I loved Two Weeks too. But newbie scriptwriter?

Seems like MBC is giving chance for newbie writers. I heard that Ruler: Master of the Mask writer is also a newbie.
Hmmmm

The writer for Shopping King Louie was also a newbie.

I'm all for fresh blood in the industry. Good for MBC! ?

Sounds like it will be in the vein of Neighborhood Hero. Can we cast Lee Soo-hyuk as the lead? Just as long as they don't go super vigilante, a la Charles Bronson in Death Wish, I think it will have promise.

Oooo this is my type of show. Lately I've been liking alot of MBC's shows

Wow another interesting setup. Im really liking all this fresh takes on kdrama. Furthermore interesting this one is on mbc. Not cable dramas. And yes to new blood. That really keeps the drama industry relevant

Naaaw...i love Shine or Go Crazy though
Until the pd scrap up the last ep happy ending scene to and edit it to a sad sad one to make more impact
Even the female lead cried at the wrap up party when watching the last ep together because she didn't know about it at all

Two Weeks is one of my all time favorite action dramas. I give a lot of credit to the writer who had it in her to make a drama without much in the way of romance (like almost none) which allowed for the dad/daughter scenario.

I'm middle of the road about Shine; it was solid without being fantastic. I remember thinking it was too long.

I think the PD is solid but won't this really come down to writing?

Yep, and to be honest it usually does. Writing is the most important component for me. Directing is something that can enhance an experience for me but probably won't dehance (is that a word? Lol) the experience. For me it probably goes 1. Writing 2. Acting 3. Directing. But of course all 3 should be great for a truly great drama.

Shine or Go Crazy was neither very bad nor very good, but it did have beautiful directing.