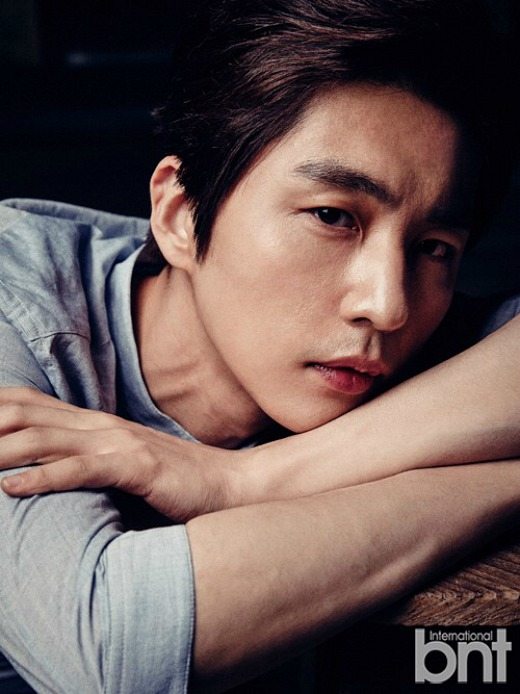 Aww, I’m so glad to hear of Shin Dong-wook (Lookout) being more active again, after taking a number of years off to deal with complex regional pain syndrome. He made his comeback earlier this year in the action-thriller drama Lookout, and has now confirmed locking down his next role, in writer Noh Hee-kyung’s (Dear My Friends) upcoming tvN drama Live.

Live has already secured Jung Yumi (Discovery of Love) to star, as well as Lee Kwang-soo (Entourage), and centers around the incidents that arise at a regional police station. In writer Noh’s trademark style, the drama promises to provide healing moments as it focuses on the smaller moments of everyday life, showing the efforts of police officers to protect small justices and the preciousness of daily life.

Shin Dong-wook’s character is Choi Myung-ho, a police officer who lives and dies by loyalty. Formerly a soccer player, Myung-ho values loyalty and duty above promotions and results, and while he looks up to the character played by Bae Sung-woo (The King), he’ll conflict with Lee Kwang-soo.

Shin Dong-wook was out of commission for seven years because of his health—his last show before getting ill was 2010’s Wish Upon a Star—and I’d worried that he might not ever get to make a comeback. So it was a huge relief to see him taking on Lookout, where I thought he did well with a character with relatively little screentime, and it’s encouraging to see him taking on gradually more work.

Live will be directed by PD Kim Kyu-tae, with whom Noh has worked several times before, on dramas It’s Okay, It’s Love, That Winter, the Wind Blows, and Padam Padam. PD Kim has a distinctive style that can be evocative and effective, though it can also sometimes be infuriating (see: Moon Lovers: Scarlet Heart Ryeo). But he has worked well in partnership with Noh, so let’s hope for the best.

Live is aiming for an early 2018 premiere.

Episode 17's stabbing was so brutal, so repulsive, so terrifying that it shocked me to tears. Watching this drama has become a horribly masochistic experience.

Finished watching LIVE recently and thoroughly enjoyed it. For me (an American) it was a fascinating ride. What a great view into the lives and challenges of Korean police officers! Based on the comments I've read here, I assume the script was written with a fairly high degree of real-life accuracy. This has given me new admiration to these men and women who put their lives on the line everyday in Korea. From my cultural background, I was shocked to learn how little protection (both materially and legally) the police there have. Yet they still do their jobs everyday. You mean to tell me they actually queue up at the beginning of their shifts to get a set allotment of bullets for their firearms? Get out of here. That blew me away. I know personal ownership of firearms is not allowed there, but still that seems extreme to me. These are examples of facts about life and culture of (south) Korea that I'm really finding interesting to learn. Well, I digressed a bit but one other big takeaway from LIVE is that I do like Lee Kwang-soo's work. What a big, gawky, loveable goober....who can act, too!

Binged this and no regrets -- this show deserves all the awards in dramaland! /Prays for title of finale to be hinting at season 2/