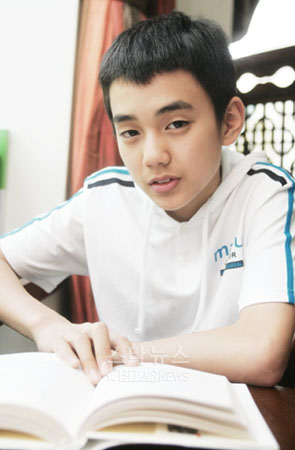 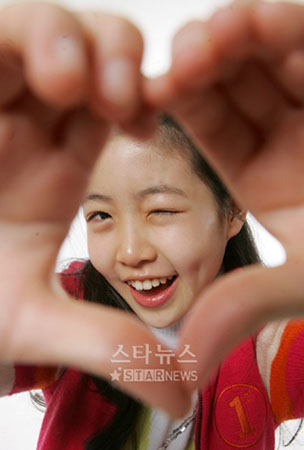 Longtime kdrama lovers have noted for a while now that Korea’s got some serious talent in the child-acting department. Ever since young Moon Geun Young stole the show in Autumn Love Story, perhaps even eclipsing her adult counterpart Song Hye Gyo (one of Korea’s most famous natural beauties, but never noted for her acting skills), lots of child actors have gained notice not just as props in a series but as legitimate, moving characters.

There’s been a boom lately, too, one of the reasons being the recent crowd of sageuk dramas, which tend to span more of a character’s life, often including his/her childhood.

According to Star News:

Child actors’ contributions to dramas are growing larger, to the extent that some say they influence one’s success or failure. The actors portraying the childhood roles of the adult actors in dramas like MBC’s Legend, SBS’s King and I, MBC’s Yi San etc. are garnering attention with their roles. …

Also in Legend, we have the exuberant character of Sujini, whose youthful counterpart to Bae Yong Joon’s adult love is played by Shin Eun Kyung, who also gained notice as young Hwang Jini in that KBS drama. In a previous interview, Shin Eun Kyung explained: “Normally, I’m pretty quiet, but strangely when I start filming, I feel confident I can do a good job.”

Furthermore, child actors aren’t just relegated to minor characters anymore, either — take Seo Shin Ae, who won over the nation with her cute, bubbly personality in Thank You.

While the drama aired, viewers called Seo Shin Ae a “smiling angel,” her round face full of bright smiles. Although her character contracted AIDS in a blood transfusion, it didn’t matter what illness it was. She lived every day always blooming with laughter. And that laughter doubled the audience’s sadness. 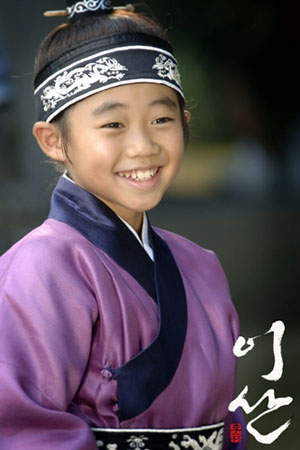 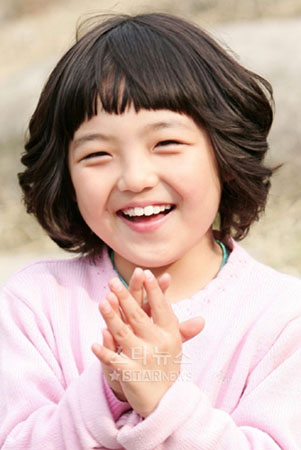 how about that little girl from bad family..o gosh when she was crying and acting she was so good and emotional about it..

Oh, Na Rim from bad family was great. She was so good when she was crying out of control that it was almost uncomfortable to watch a child in such distress.

Way to go on the afterthought jb. HAHAHA. Nah, there probably wasn't much news on the awesomeness of Bad Family.

...and who else can forget Park Kon Tae, the little boy in MISA. I also seen him in some short drama, he is a very good child actor too.
... and the two children in the movie Miracle on First Street, great kids too. Darn, I got to get their names first... ha ha ha

~out of the topic question~
Javabeans, are you gonna be following the Unstoppable Marriage sitcom? :)

for me, yoo seung ho was better in the king and i than in legend
and who can i forget about seo shin ae, anyone who watched thank you would adore her, her character bom was such an angel

what about the Shinbi from Wonderful Life (I think she was in Really Really Like you, too) so much talent from someone so young (5 or 6)
I couldn't stop crying when she kept asking her parents, "Am I going to die?"
...sniffle, sniffle...

I loved Eun Sol from "Alone in Love"!
She's in "Great Inheritance" too :)

all of these actors are GREAT
I watched Yoo Seung Ho from Maeumi ("My heart is..." or also known as "Hearty") etc. and he is such a GREAT actor. I remember when I first saw him, he was a little awkward. ( the Korean power rangers thing. I remember his weapon was a yo-yo, haha. (yes, I watch that stuff)) He moved me to tears in that movie, or was it the dog??haha, oh well.
Park Ji Bin: now this kid, HE IS AMAZING. I watched a movie he was in, "Icecake" and he was AWESOME! I loved him so much there. He's so great at acting!!!!
You know, with lots of dramas though, they choose these cute little kids, that look all skinny with nice clothes and spiky hair, you know, dressed way too mature for their age, or way too nicely to be wearing every day, and they cant ACT? well, Seo Shin Ae is not like that. (except for the cute part) she's GREAT at acting, great at CRYING( like you feel its real), and she looks like a regular kid you'd see on the street. Nothing flashy or overly....you know....just normal and cute.

As you can see, I watch children actors very carefully, and I will LOVE them, if they are good.

wow. i need to give these child actors more notice. they're probably the next big stars!

I love Seo Sin Ae..and Jung Da Bin~Shinbi of Wonderful Life.
The only reason I continued watching WL.
Not only her acting moved me ( and made me cry a river ), she is waay...too cute.

Oh, I like the girl in "Bad Couple"! (Gosh.I have memory problem..who's her character's name??)

I admire many child actors of Korea..their appearances really enhance the stories..
Ooohhh...sometimes I just love the story when all the characters were young than the "real story"!!

i like the korean child actors too, sorry am not too familiar with their names :(
they are doing great jobs!!! kudos for them~ yep that girl who played little janggeum is good, also that girl who played as little Hwang Jinyi in the drama series [she was also in the legend] and that little boy who played yisan~ he's good ^^ & yes Seo Shinae is really good!

I heartily agree that there is a surplus of excellent young acting talent in South Korea. These kids are so good that they often can carry and outshine their adult counterparts. As for the incredible Seo Shin Ae, not only does she deserve to win in the category of best child actress for her powerful, emotion-inducing, but also sweet and funny portrayal of Lee Bom in Thank You, (a series which I believe to have been the best of a strong 2007 crop) she should also be among those nominated for best supporting actress, regardless of age categories. The future looks every bit as bright as the present with a new group of wunderkinds poised and ready to join an already amazing stable of performers.

Yeah..those kids are just amazing. They just get better and better by time..
I love Yoo Seung Ho in The Legend. He's sooooooo handsome.. and what more has a charming voice that I can't resist. The girl Shim Eun Kyeong..yeah.. I've seen her in Hwangjini and I thought she was phenomenal. And I was even more amazed with her spunky portrayal of Su Jini...ahh...there are so many more that I really like. Seo Shin Ae's one of them..another natural talent..

I really liked the two kid actors in Legend. They were really good.

I think Korean child actors really have a lot of talents in them! I was totally moved by Seo Shin-ae's portrayal of Lee Bom in Thank You. All I can say is, Thank You to the director for casting this child and Thank You to the script-writer for writing a script that does this 9-year-old child justice! ^^

shim eun kyung was in dan pat ppang, right? i loved her. my favorite parts of the episodes were always the childhood flashbacks, just because she was in them[:

^ yeah, Yoo Seung Ho& Shim Eun Kyung also worked together in "Sweet Buns" (which is where I saw this adorable duo first)! I loved the flashback scenes too just because Yoo Seung Ho was so good looking *_* haha
I love their acting... they have so much potential. :D

i adores almost all the korean kid actors