Nobody cares about the ‘woulda, coulda, shouldas’ 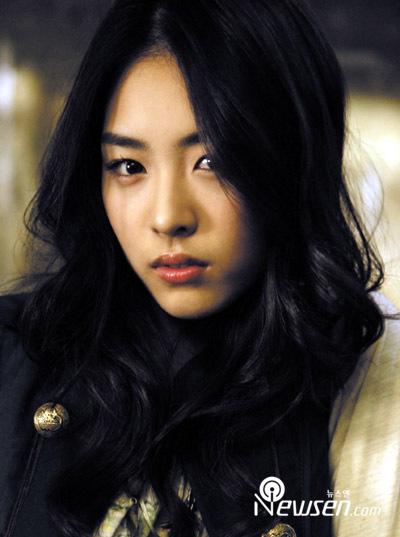 This article’s a little harsh, but I can’t say I disagree. I’m getting a little bored by the constant reporting of such non-news too:

“Almost was? Would’ve been?” We’re overrun with meaningless confessions!

These days, there are lots of stars making unseemly confessions — after-the-fact secret stories like, “I was almost ___.” These stars make such statements to appeal to the public’s sense of curiosity, but only leave bitterness behind.

Recently, comedian Hong Rok Gi taped an episode of MBC Everyone’s Neverending Show and revealed, “I was supposed to be a member of [hit ’90s pop group] Clon.” Not too long ago, Lee Yeon Hee caught people’s attention when she said on KBS2’s Sang Sang Plus, “I was almost a member of Girls Generation.” … 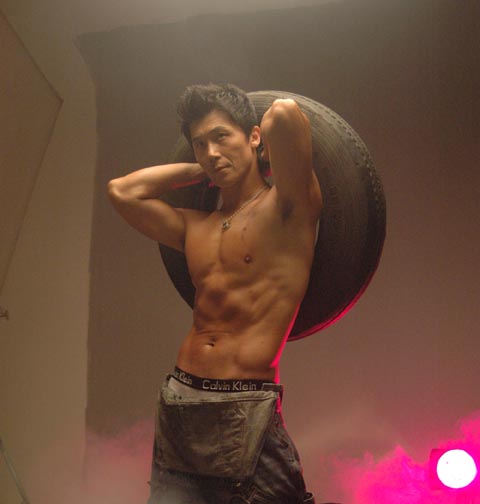 Lee Jung Yong, NOT of “Legend”

There are other stars who claim they were almost members of popular idol groups. Jin Ju is one such example — she stated that she was almost in the group SES.

These “almost were” confessions aren’t just limited to these types of statements.

On a recent appearance on MBC’s variety show Jipijigi, Lee Jung Yong drew interest from his admission that he’d had to give up the chance to appear in the MBC fantasy historical Legend when he was picked to be the representative for the 2007 bodybuilding conference.

It’s not new for “casting secrets” to be summarized in this way. Han Ye Seul‘s role in the MBC hit Fantasy Couple was originally cast with Uhm Jung Hwa, and people have mentioned the casting details of the film The King and the Clown, which shot Lee Junki to stardom. The anecdote that Chae Jung Ahn was cast in a stroke of good luck to pinch-hit for Kim Ah Joong in MBC’s Coffee Prince is another one that’s been spread around. 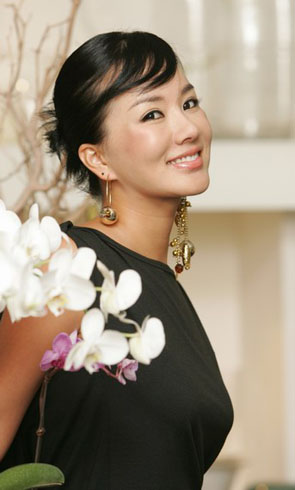 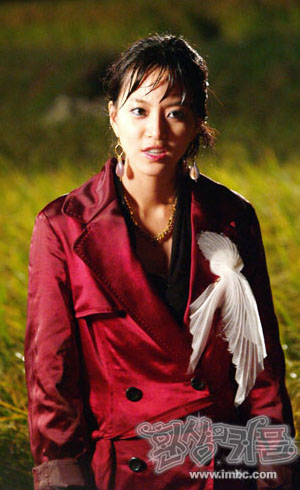 But these meaningless confessions only serve to cause bitterness. Saying things like “I was almost a member of…” or “I was almost cast in…” can make the star look like they harbor personal disappointments or even that they’ve lost their sense of courtesy.

While the person concerned may divulge a meaningless trifle in a light story, once the words are dispersed they can inflict injury to another party. Not only are these stories of missed castings impolite to the person who took on the role eventually, it can also be seen as an insult by the other party.

When wondering at the reason for such confessions that just highlight a star’s own selfishness, one can look to the success that such projects have earned. One has to wonder at the likelihood of Lee Jung Yong explaining that he’d given up a role in Legend if that series hadn’t been a hit.

In truth, even if these stars had followed through and been cast, there’s no assurance that the projects were likely to succeed. There is also no meaning or reason for these stars to reference missed opportunities in their past. It’s time for these stars to stop the bitterness of their meaningless confessions and heed caution. 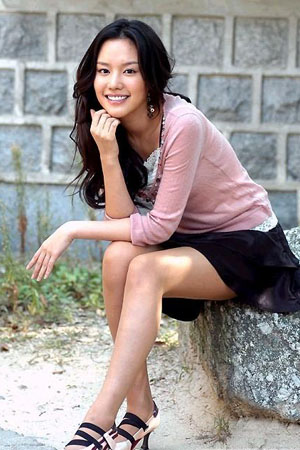 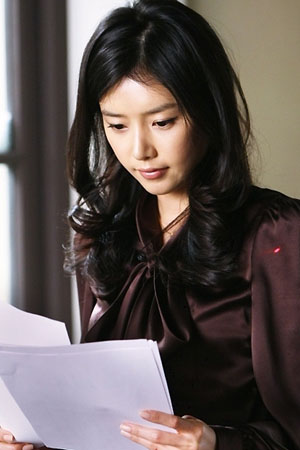 Article does sound a bit harsh..but yeah.. the could have, should have words kinda implied that they'd regretted not taking the path which brought "the alternative choiced stars" to stardom..

youre in withs2 right?
i and a lotttttttta other people really appreciate and need and love withs2's subs! the stop/delay in subs is preventing us from getting our share of kdrama
is there any way of blocking those who wrongly upload hardsubbed versions of withs2's subs? im like dying without insoon was pretty and bad love subs! i didnt know where to comment..so i commented here
YOU GUYS HAVE DONE FABULOUS WORK SO FAR :) i really really x10000000 hope you guys continue helping all those not fluent in korean!

Oh, so that's why I haven't seen any recent episodes of In-Soon. I hope this problem can be worked out because I really appreciate all the hard work of subbers and wouldn't be able to watch korean dramas otherwise. Don't really understand all the in/outs of hardsubbing issues, but as a fan of kramas, it has really changed my viewing habits to be able to watch these shows and now my life would be empty without it.

Thank goodness Kim Ah Joong wasn't in Coffee Prince. It wouldn't have been the same. Plus, Coffee Prince was so great because there was a lot of subtle acting, and something about KAJ screams "over the top" to me.

If you want to help With S2, then go to veoh.com and youtube.com and tell the people who have uploaded dramas using With S2's subs to take them down. I don't think they really want people to beg them to continue, but are just asking for respect and help in abiding by the rules.

That's interesting because I always thought that Chae Jung-An reminded me so much of Kim Ah-Joong.

As harsh as the article was, I think it's true that stars should go on to do mor ethan just complain. However in Lee Yeon Hee's case, I think she's way better off as an actress. If she had joined Girls Generation, she might've been lost in the collection of girls there.

But hey, who are we to stop stars from saying what they want? They're still human in the end.

Thanks God, Uhm Jung Hwa didn't take Anna's role. Han Ye Seul fitted the role very well, so I can't imagine UJH 'replaced' her. Same to Kim Ah Joong and Chae Jung Ahn.. ( I watched 200 pounds beauty for Ju Jin Moo, yes I'm shallow like that, and somehow I don't like KAJ, and don't think her acting was excellent so she could won any awards for that..but that's just my opinion.. )

i guess ive always been interested about hearing about these "could have beens" because i then appreciate how much the actors have to fit with their drama. everytime i hear one of these newsbits, the confessors never seem as good as the person who actually had the role. but how could i think otherwise, right?

i suppose the korean media is so starved for gossip that this is one of their few avenues for it. im just grateful that korea doesnt have as much drama and crazy tabloids and paparazzis like in the U.S.

i liked lee yeon hee better as an actress. i dont really like GG cause to me they feel really plastic. i mean sure they are cute and all that. but i find its just too perfect.

i believe that some projects have turned out better because cast was replaced or they choose others to star in them. it may have been for the better as well. other doors opened for those other people too, some may have not. it's all about career choices too i guess.

Oyasuminasai! I know something like this issue is gonna come. Honestly speaking, I think the K-entertainment is really volatile in the sense that a slated role for a certain star may get an approval note NOW but the next minute, it seems to have gone to another person. So maybe that's where the root problem lies. Don't they do some thorough homework before offering a role to someone and making a big promotion thingy?

On another note, second choices prove better.........Could it be due to these 2nd choices WORKING EXTRA HARD to prove their value and worth, and not a grave mistake in hiring them for a role?

Kim Ah Joong...I thought she was supposed to be cast as eun chan but she had that hair commercial so she couldnt cut her hair. eh, maybe it's because we see the actors that "are" in the dramas so love them and then see the "could-have-been" and say, eww I'm glad they weren't cast. wow that doesn't make much sense does it haha :)

Sometimes though, when I hear stuff like these, I start imagining what the series itself would've been like with casting changes.

Really, I think stars shouldn't go towards such things, unless to clear up misconceptions. For example, the actress in Goong and Coffee Prince had had rumors buzzing about what happened when she was going to be in Que Sera Sera and dropped out. It AFFECTED her image, so I think it'd be okay for her to speak out about that and defend herself, but if it's just randomness...Why bother even looking back? Shouldn't one instead focus on what new projects one shall be a part of? And who could've guaranteed that the series would've been BETTER with the different casting?

Not that surprised about Lee Yeon Hee, since she was a popular video girl and apparently tight with Super Junior and BoA. She's not even 20 and she's already one of the hottest starlets right now. Not being in GG has definitely worked out for her.

why does it matter who plays what role. both ver intelligent actress. and the whole thing about girls genertation. eventhought right now that have 9 great girls, that's wonderful. but if lee yeon hee was part of them that would have been great also.