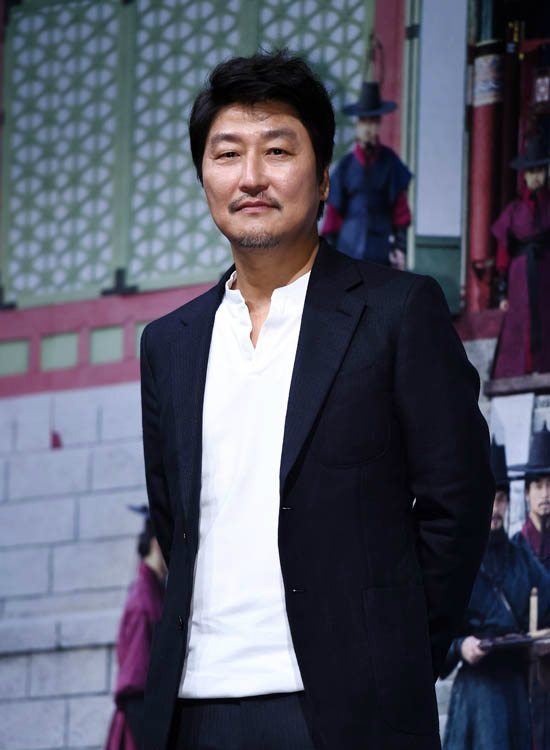 Chungmuro favorite Song Kang-ho (Age of Shadows) has signed on to lead a new period crime film called Drug King. This isn’t too far of a stretch from his usual roles, seeing as four out of his five last movies have been historical films as well. His upcoming Taxi Driver and past hit movie Attorney are even set in the same era as Drug King.

Set in the 1970s, Drug King is about a man who creates an underworld drug empire with its capital in Busan. This particular project has become the focus of much attention because the director in charge is Woo Min-ho of the wildly successful political thriller, Inside Men.

Originally, the offer for leading man was given to Lee Byung-heon (The Magnificent Seven) who collaborated with Woo Min-ho for Inside Men, but he declined. His agency clarified that Lee Byung-heon is currently in consideration for several movies overseas, and would not be able to fit Drug King into his schedule until his prior arrangements were finalized.

Filming for Drug King will begin in the first half of next year. A release date has yet to be announced. In the meantime, watch for Song Kang-ho in Taxi Driver and Fifth Column, coming soon to theaters in Korea.

[dances like Bumblebee and sings 'I'm so excited'] Eeeks, can't wait to watch this.... whee!!!

lee byunghoen or Lee byunghun? i am confuse with the written.
anyhow, cant wait for song kangho movie while i am waiting for news from Ha Jungwoo to pick up new project.

I think it's the same person. The lead of IRIS? DB just romanizes his name as Heon.

The role LBH was considering was a different role from SKH - it would have been nice to have the Good Bad Weird reunion, but I'll hold that off for next film.

LBH actually had a semi-reunion with SKH in Age of Shadows. LBH shows up in a cameo for the film, as a leader of the independence movement.