A high-maintenance celebrity requires a bodyguard and he hires a mysterious and elite man that is hiding many secrets. The two have a budding bromance as the plot unfolds, and the bodyguard becomes romantically involved with the actor's manager.

A high-maintenance celebrity requires a bodyguard and he hires a mysterious and elite man that is hiding many secrets. The two have a budding bromance as the plot unfolds, and the bodyguard becomes romantically involved with the actor's manager. 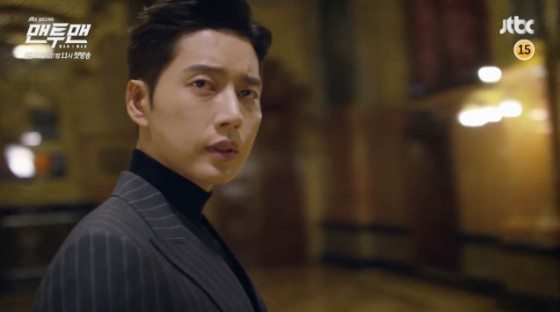 Upcoming JTBC Friday-Saturday drama Man to Man recently released a new character teaser of Park Hae-jin (Cheese in the Trap). It definitely has more of a Mission Impossible vibe than the previous teaser, which was reminiscent of older James Bond films. Park Hae-jin stars as an elite secret agent who somehow ends up undercover as the bodyguard to a top Hallyu celebrity, played by Park Sung-woong (Remember—Son’s War).

Park Sung-woong plays an actor that everyone loves to hate; he’s been typecast as a villain, but that’s exactly what has catapulted him to stardom. It’s even gotten him a fan club, led by Kim Min-jung (Gap-dong), whose love for oppa eventually lands her a position as his manager. She has a contentious relationship with Park Hae-jin at first, unsure of his motives for being around Park Sung-woong, but maybe their bickering relationship will turn into something deeper?

The teaser gives us a great first look at the overseas location shoot in Budapest, Hungary. The old-style glamour of the buildings paired with the secret agent action and large-scale stunts make for an exciting viewing experience, though unfortunately there’s no dialogue to clue us in on what’s happening. It’s just a glimpse at the very busy life of a ghost agent, from being captured and tortured, to gunfights, exploding cars, and fancy parties. All in a day’s work, right?

Rawr, they’ve been teasing us long enough, and I want the drama to air already! Too bad there’s still a month until the premiere date. JTBC’s Man to Man will begin broadcasting on April 21 after the conclusion of Strong Woman Do Bong-soon. 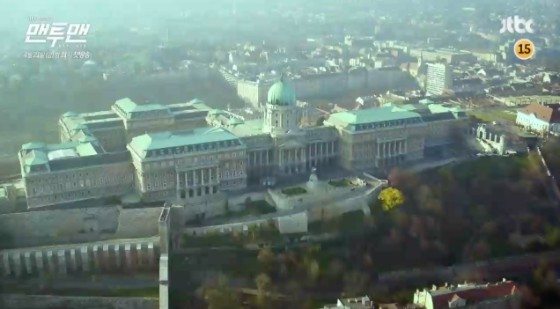 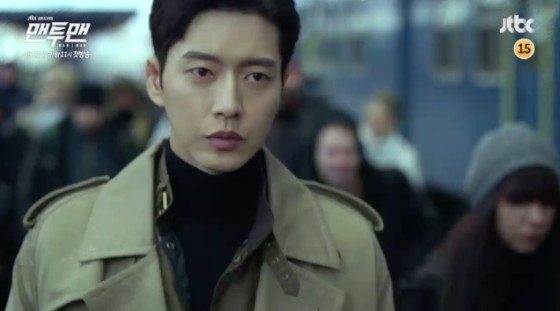 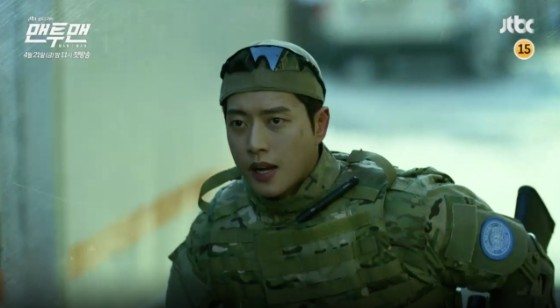 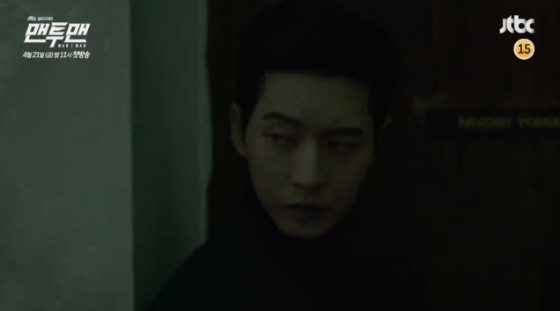 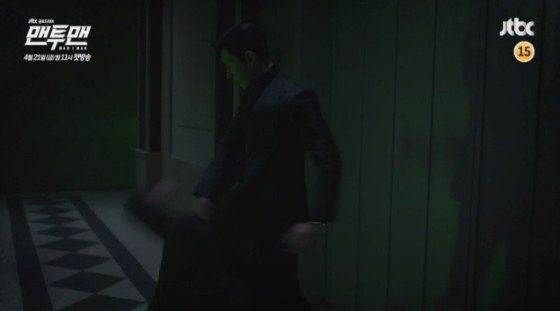 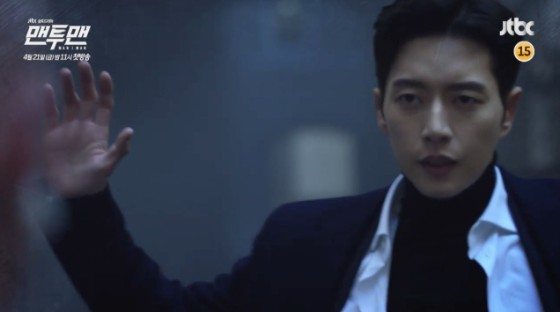 Park Hae-jin is so fine it should be illegal. Never since George Clooney have I been so into a male celebrity.

I was biased against him at first during CITT (because he looked too old to be playing a high schooler) but somewhere along the way, it turned into "Sunbaeeeee?"

Well, they were in college in CITT, but I totally feel you. I've loved him since I first saw him in You Who Came From The Stars. He was so precious as Lee Hwi-kyung then I watched Bad Boys and I was like whoa!

I also first saw him in MLFAS where I thought, "This second lead is lead actor calibre, I'd love to watch him in a series where he features prominently". And then CITT happened and.... and...*sobs*

*hand over tissue *and sobs too

It was so good at first.. How could they..

Park Hae-jin is my one true actor love. I first saw him in You Who Came from the Stars and thought he was adorable and handsome. Then I watched Cheese in the Trap and thought he really deserved a better script because the man can ACT. And he's gorgeous. I've also seen the movie Snow Is On the Sea -- and that freaking RUINED me. Park Hae-jin can do no acting wrong. I am beyond thrilled to have him back in drama land. Dear goodness, I hope this show is good because I'll be watching it for him. <3

Have you watched him in Bad Guys? His psychopath was AWESOME.

I am keeping my fingers crossed that this drama will be licensed and subbed.
Please send license request forms to both Viki an DramaFever; So far, neither of them confirmed licensing it.

thank you for these links. i am hoping for Viki to pick it up too but either one will be awesome!

Oppa!
You look so thin! What have u been eating lately?
Pls eat lots of food coz I don't like u looking like this. Bulk up more pls.
Anyway, I'm eagerly waiting for this drama. I hope itll be a hit coz he really deserve it after what he gone through in CITT.

I noticed this drama dont have much attention especially towards international fans. R they really not into action drama?

I'm quite looking forward to this as well, but am quite sick of all the teasers and posters. They've been releasing them for too long now.

I'm waiting this drama since last year LOL.... so I might be the only one haha. SO glad finally have an air time! GO Kim WOn SUk ^^

Looked cool ..
Next month, huh? Will watch this!

PHJ makes me wanna call him oppa~
I hope this air on my cable channel tho since I had to watch Storing Woman online. I dare them to air this drama at some channel I dont subscribe. My money, take it!!
While I'm so ready for this drama to air, I'm actually liking the current Strong Woman.

I have been waiting for this from last year. Cannot wait for this drama. PHJ looks so fine in these posters.

Gonna be bummed that Strong Woman Do Bong-soon will be over when this show premieres though.

Glad this is another JTBC show too. They're on a roll lately. :)

Great. Another bodyguard drama for me. Will this be out in time I finished K2?

Ahh.. so many dramas to watch, so little time. Why can't I be born filthy rich so that I don't have to work nor do any house chores so that I can dedicate all my life into watching dramas?

dang! that looks awesome, i'm no longer in kdrama slump

It looks so good! The teaser seems like a film teaser! I'm looking forward to this.

Will watch this drama DEFINITELY.

He is HOT! and good at his trade. I love him in Bad Guys and even more after seeing him in person! ^_^

Looking foward to 21 Apr. I have my popcorn ready!

Pass. I have never found him attractive nor do I find him a very good actor.

Looking good. Hope it is exciting.

This is literally then only drama I'm looking forward to at the moment. None of the currently airing dramas have any interest for me. I'm waiting for this patiently and can't wait for it to start!

^^ Likewise. I'm relying on Man to Man & Chicago Typewriter to pull me out of my k drama slump...every other drama I thought I anticipated was just so meh

- Introverted Boss
- Tomorrow With You
- Saimdang