Death and coming of age in KBS youth drama Andante 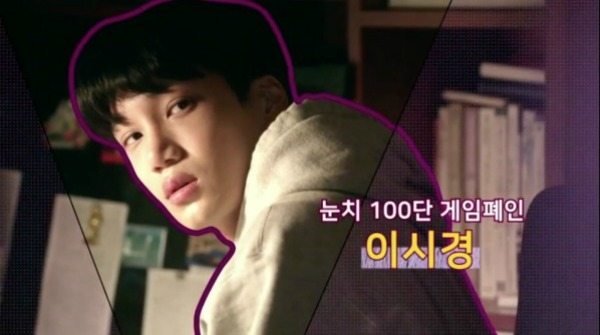 [Whadduya know, we asked for more news writers, and the universe answered! There are always more stories than we have the time to cover, so we’re super thrilled to be able to bring you guys more news. Please help us welcome tipsymocha, who will be bringing us news updates on dramaland and anything else we throw at her. –girlfriday]

KBS has released the first two teasers for its upcoming youth drama Andante, in which EXO’s Kai (Choco Bank) stars as Lee Shi-kyung, a high school slacker and game addict who is forcibly transplanted to a new (and strange) school outside the city.

The first of the two teasers introduce Kai’s character, Shi-kyung, and judging by the small snippets we get, he’s shown as endearingly and realistically pathetic as many high school boys are wont to be. He pretends to be up late studying when his mom almost catches him playing computer games (come on, we’ve all been there), gets beat up by his younger sister, runs away from bullies instead of confronting them, and fakes his grades to his mom. That last stunt is apparently the last straw for her (played by veteran mom Jeon Mi-sun), and she decides to move the family to the sticks.

The second teaser picks up where the last left off, with Shi-kyung arriving at his new school, which is… weird, to say the least. He’s first greeted by a female student hanging from a tree “playing dead,” and apparently, students at this school… sleep in coffins? What? Are they vampires? I remember reading that this school is attached to a hospice center, but that’s just morbid.

It looks like Shi-kyung will have a little trouble adjusting (gee, I wonder why), but not without the help of Baek Chul-min (Solomon’s Perjury), the town golden boy, and Kim Jin-kyung (Yellow), a mysterious student who appears to be Shi-kyung’s love interest. A woman narrates offscreen: “This town is a place of death. You’ll find out soon enough, how much death lives here.” Ominous, for a youth drama.

I’m getting an Addams Family or a Hello, Franceska vibe from the show, especially in the last teaser, which is good, since I can always appreciate shows with dry, dark humor. These teasers feel a little low-rent, but I’m holding out hope that Andante will turn out to be a fun, light, coming-of-age drama, mostly because I want Baek Chul-min to succeed in everything he does (LOVE him).

KBS’s Andante has yet to secure a timeslot, but it will be entirely pre-produced and is expected to air later this year. 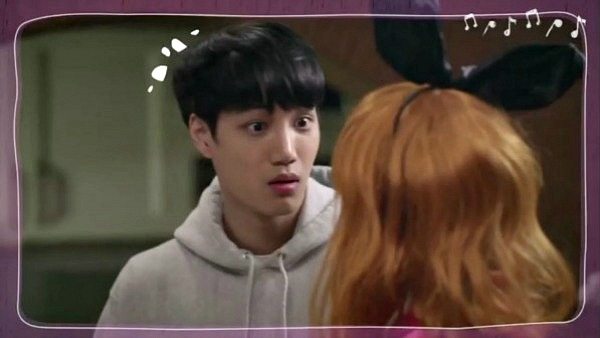 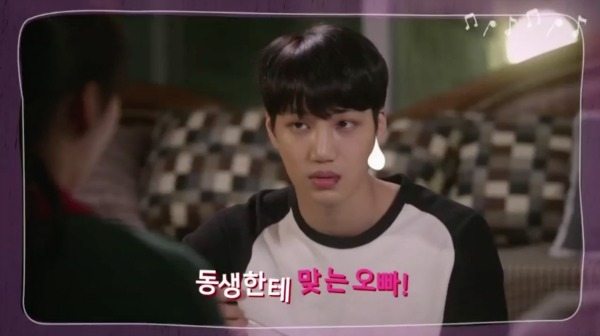 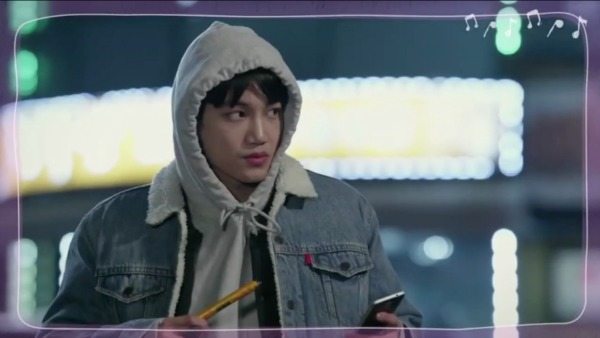 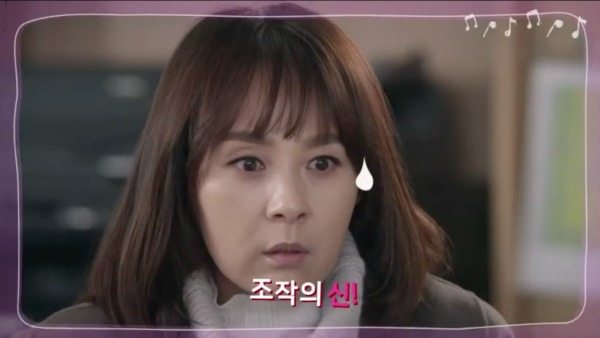 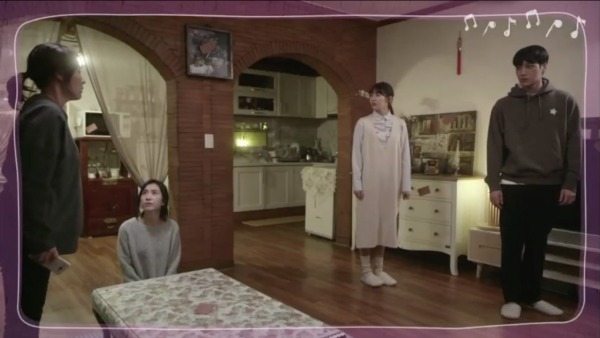 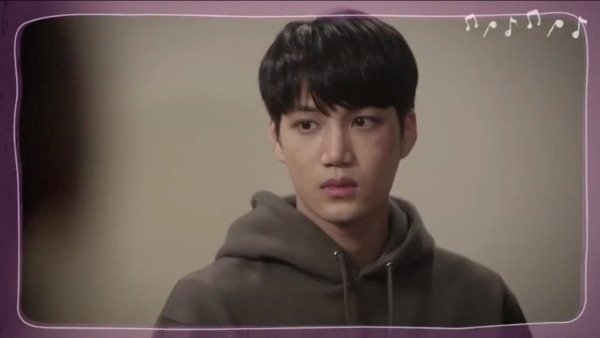 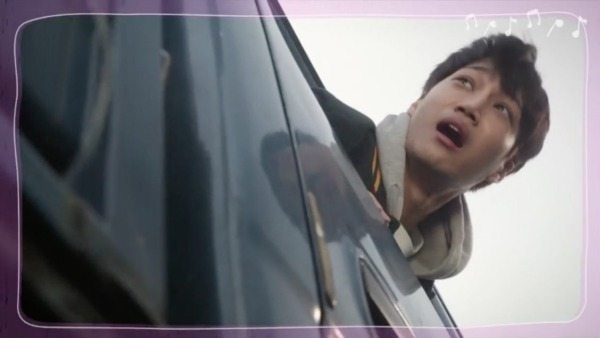 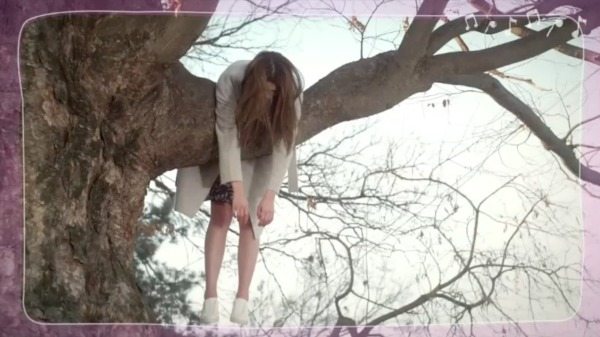 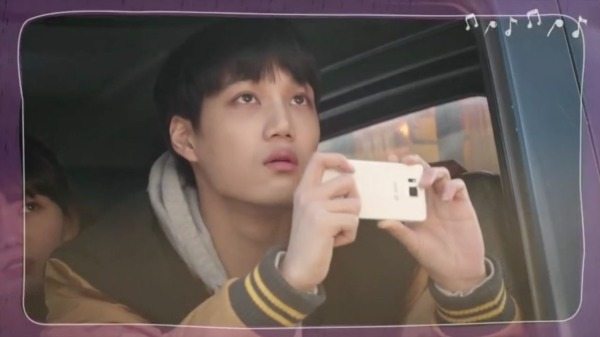 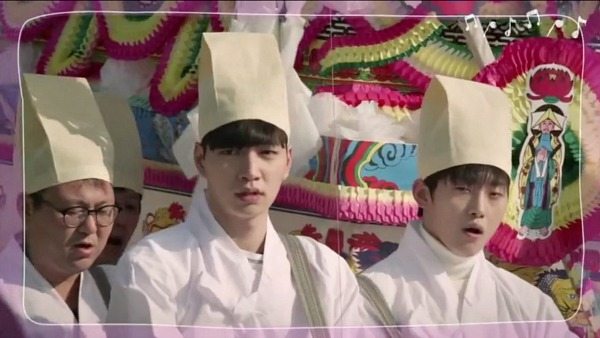 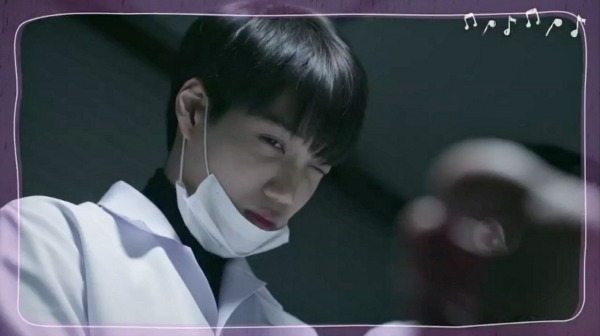 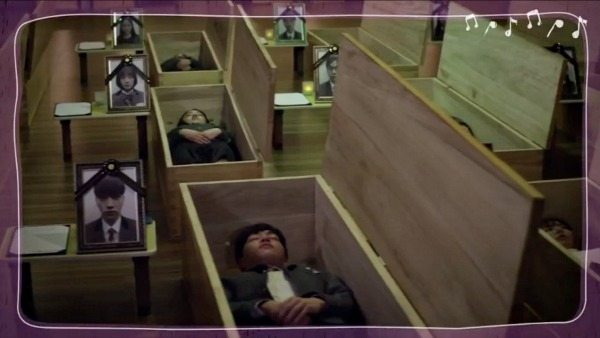 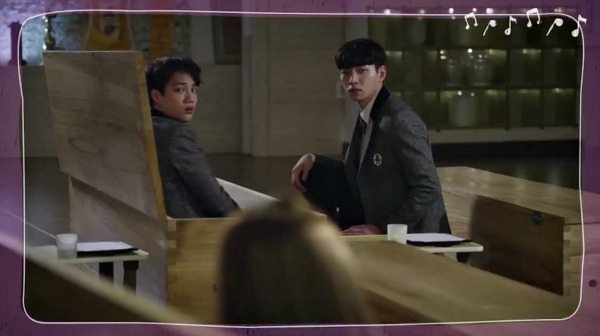 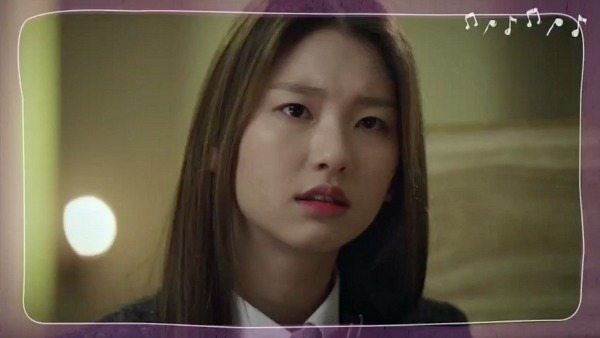 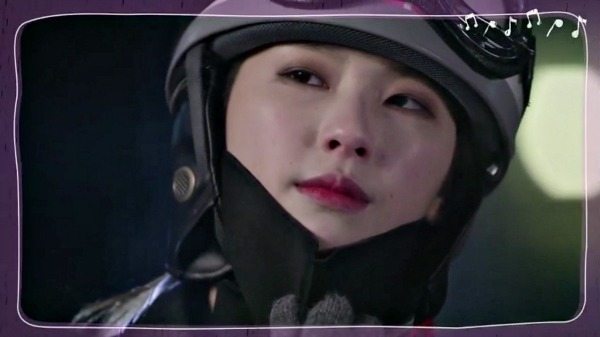 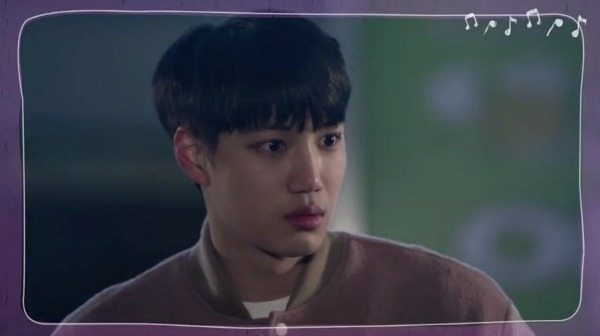 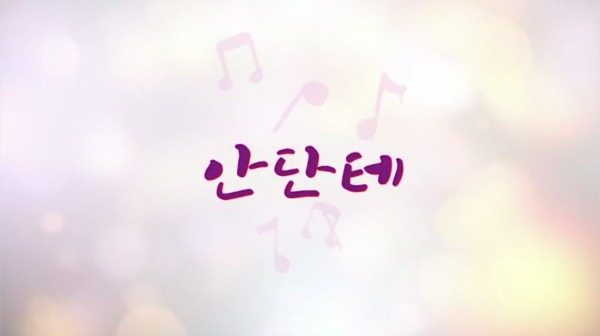 cautiously looking forward to this! the premise sounds interesting and i love my high school dramas

Looking at the teasers, he's not that bad. I still have to see the actual episode to make a better judgement. And I love dry, dark humor so I think I'm gonna like this.

this looks interesting. have a question though, i remember from a while back thay jeong da bin and kai were supposed to headline a series. is this the same one or is it different? if it's the same one, i wonder what happened to jeong da bin. why was she replaced?

I think Jung Da-bin turn it down. Maybe because of scheduling conflict since she also appears in Rebel. She is supposed to play as Kai's younger sister, which now being played by Lee Ye-hyun.

oh...okay. thanks for the info. too bad...i was looking forward to seeing her in a youth drama.

I quite like this. It looks funny and adorable in a slightly off-kilter way. Judging from those teasers, Kai is decent (what a relief). Hopefully he will be just as good throughout the entire drama.

Welcome, tipsymocha! Thank you for contributing to the cause ☺

Wow, this looks a lot more interesting than I thought.

Kai kinda looks like a young Lee Min Ho. Since I thought it'd be an all boys highschool, I read all the names up there as boys and did a double take when I read the part of his love interest.

And welcome, tipsymocha!! Love the name. I must be tipsy myself because I read it as 'tipsysmoocha' at first lol.

Yay ! Baek Chul Min looks cute. It's great to see one of the Solomon's Perjury cast.

OMG. The pretending to study, I've definitely been there. Though it reminds me more of my brother....except I'm the one that gets beat up xp

why does this look like it was produced a decade ago. the quality of the teaser i mean

That was my first thought. It kind of plays against the notion that pre-produced dramas are of higher quality, either visually or in terms of content. For now I'm really disappointed with how Andante looks and my expectations are really low. They should have given more production time for a drama like Missing Nine and not this one, which looks like a kiddie show for Kai's fans.

This drama is infact a low budget drama even if it's pre produced so it figures. It's a non-prime time, noon show, targeted at youth with mostly unestablished/rookie actors. So production values can hardly be top notch. Anyway as long as they are able to deliver the story decently I would take it. There is a serious dearth of school dramas in Kdrama land off late.

Is a non primetime drama (I think is a weekend mornings realise), with low budget and rookie actors. No big name actors to make buzz . I feel like the main point of it is to bring something fresh without a pretentious investment, if it works is a gain from them all, if not it would not be a big of a lost. I'm just happy we finally have a school drama not attached to the overhype of the school series, something for a change.

Ok, so I watched the teasers and I immediately thought of High Kick 3. Something about them reminded me of that other show.

It actually sounds like it could be entertaining, but I hope these teasers aren't indicative of the general quality of the show's editing. That was some low-rent stuff there.

How did I start forgetting about this drama? I knew Kai was doing something but it wasn't key in my life. He was my first bias, what a shame.

Looks so low-rent. Wonder if it would suffer the same fate as High School Love On. This doesn't look like it belongs on primetime.

I've never watched any dramas with Kai in it and I'm quite cautious with idol actors, so can anyone tell me whether Kai is a good actor?

Don't get me wrong, I am asking because I do not know and not because I'm trying to bash him. The synopsis sounds interesting, but I want to know the actor's capability before deciding whether to watch this drama or not.

And apparently I forgot to add this:

He's decent i guess, rather green and a little stiff but he's got a certain boyosh charm on camera that kinda makes up for his flaws. I think he'll be good in a youth drama

I'll keep an eye for this drama then.

I liked the teasers. I like that wacky feel, and I don't mind low budget if they're working with reasonably good material (in terms of writing, acting, direction). So I'll check out episode one whenever it airs, if reality meets expectation then I'm in.

I wouldn't mind another High School Love On.

the music in the first teaser was also used in mary stayed out all night!

I think i'll pass on this one. the tone reminds me of Vampire Idol, which was not for me.