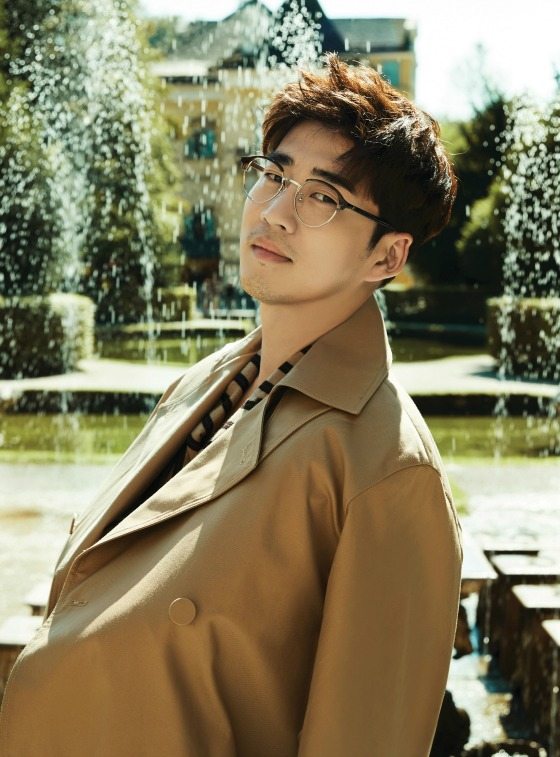 Yoon Kye-sang (The Good Wife) is looking at a movie for his next project, and has been offered a project titled 1/N, as in the mathematical term. Despite being put off by all things mathical, I’m reassured by the description of the movie’s premise, and by the fact that the term “1/n” is being used in the colloquial sense; it’s used in casual parlance to refer to dividing a bill by the number of participants involved (say, “n” number of people at dinner means each person pays one-nth of the total bill).

The plot of 1/N centers around a documentary PD who decides to shoot a documentary at the DMZ in search of buried treasure, and the commotion that ensues in the process. The PD had thought of it as a get-rich-quick endeavor, only to find that with reporters and staffers all clamoring for their share of the profits, things don’t go quite as planned.

The movie is described as comical, and I’m hoping it goes into full-on farce, because it sounds like it could make for some cutting humor. Directing is Lee Ho-jae of the heartwarming and bittersweet Sori: Voice From the Heart as well as crime-comedy-thriller The Scam, which means he’s got some familiarity mixing genres. I’d really love for it to go acerbic rather than slapstick; I’m in the mood for a good satirical farce!

Yoon Kye-sang is currently considering the role favorably, although he is awaiting revisions to the synopsis before making a final decision.

Aw JB, I love maths. lol. I know it's silly, but I feel sad you feel put off by it. lol.
Anyway, YKS and comedy works well. I still love his role in Who are you a lot.

Don't feel sad! I only hate math because I am terrible at it, and have residual emotional trauma from my school days about being so terrible at it. It's not math's fault I don't understand it.

Satire and YKS would be perfect LoL. And whats this..why does he look so sexy in glasses. (bewildermeny of a super weird looking specsy person)

*Pushes back glasses* you see, this is YOON KYE-SANG, he would look sexy in anything. That aside, this can only get better if it was 16 hours and on a cable network.

I am terribly sorry, but I can't take my eyes off the picture long enough to read anything above. Hope whatever he's in, his hair stays like that heh heh heh

He looks so handsome in this pic!!!! *hearts*

Hehehehehe. Am I the only one wishing that the treasure is from an archaeological site so whilst they're all having their fights about how to share the treasure, they're also unknowingly splitting the curse that comes with the treasure, voila: we have a dark comedy

*heart eyes* those glasses look so good on everyone

I can't wait for this! Combining comedy and Yoon Kye Sang seems to be a really good idea.

I watched The Good Wife because of Yoo Ji Tae. But i ended up liking him too. He's so HOT.