I’m so excited for Ha Ji-won’s (The Time I’ve Loved You) return to dramas that I almost felt a visceral tug of happiness seeing her in this first teaser for Hospital Ship. She plays an experienced surgeon who ends up having to leave her job due to public ruination. She lands on a hospital ship that journeys to remote access islands to provide medical care, and relearns how to become an empathetic doctor.

It’s hinted in the teaser that being a physician aboard the hospital ship perhaps isn’t the most coveted assignment. Ha Ji-won’s voiceover begins, “It was everyday work, more familiar than breathing,” as we see her scrubbing up for a surgery. In contrast to her voluntary presence on the ship, Kang Min-hyuk’s (Entertainer) character is a military doctor assigned to the ship. Relaxing on the deck in a lounge chair, he tells his two friends, “If you can’t avoid it, enjoy it.”

He’s the warm, compassionate internist whose personality and attitude toward care is completely opposite from Ha Ji-won’s results-oriented, cold efficiency. He asks why she came onboard the hospital ship, and another voice speculates that she chose the hospital ship so that one day she could recover her status and return to her place in society.

She says that on the hospital ship, Kang Min-hyuk is the only one who can keep up with her quick hands in surgery. So already, there’s a good rapport there. The text onscreen says: “The adventure log of youthful doctors working toward becoming real doctors, toward living real lives. Prescribing with sincerity.”

At the end, however, we see Ha Ji-won tormented with self-guilt: Defensively, she asks what the patients were doing until they died under her hands. Is she referring to her earlier downfall or will there be another tragic case when she’s in the islands? I can’t wait for this drama to be here already.

MBC’s Wednesday-Thursday drama Hospital Ship will begin airing on August 30, following the end of Man Who Dies to Live. 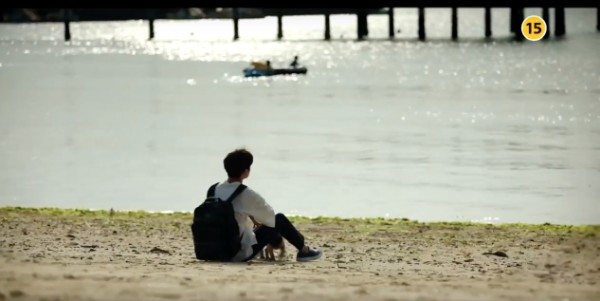 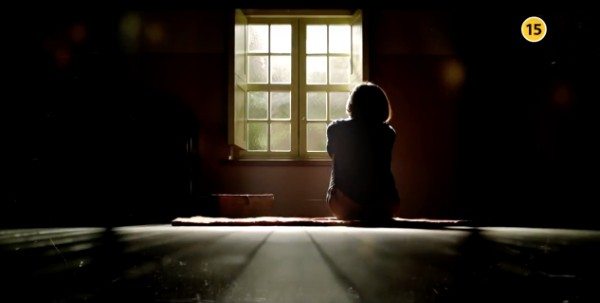 This teaser got me interested and I'm ready to see Ha Ji Won again on my screen :D

I AM SO HYPED FOR THIS! My intense love for ha ji won aside, the concept of this drama looks amazing. My hopes are high <3

the teaser was so much interesting, so happy to see hajiwon again and ofcourse minhyuk is one of my fav actor too..cant wait for this drama

the teaser increased my hype for this drama and my noona romance love feel , omg minhyuk and hajiwoon looks really good together, i hope we have another amazing noona romance soooon

Sigh....
I was not so excited for this drama but after seeing this pics I have to change my mind.
Ha ji won has this sad and melancholic vibe that my heart just can't take it..I just HAVe to watch this now..
Please show, I'm begging you, don't disappoint me..

I'm being cautiously optimistic about this one, but looking forward to it all the same! Hoping that the young actors can portray the life and death emotions this drama will need to be worth watching.

Yeah the vibe seems less lighthearted and more serious so I hope the young actors can pull of the emotions needed to carry off their roles and be opp Ha Ji Won. Hwaiting!

Please prescribe with lots of heart and an extra dose of cute!! I need this antidote to face all the ills in the American society right now, even if only just to knock me out for couple hours a week.

The teaser's got this realistic, human-drama vibe to it that I'm really digging. Ha Ji Won looks gorgeous even in simple clothes as expected and Minhyuk seems to be giving off this mature vibe from the pictures alone.
I'm really looking forward to this, I'm ready to be touched and moved. And ready for the noona romance too!

If this delivers the seriousness where it's needed and a light touch when appropriate, things may work out quite nicely. Looking forward to this.

I'm looking forward to hearing the stories of the islanders. Plus the scenery.

Still getting Clinic on the Sea vibes from this (which isn't a bad thing), though the tone is definitely a lot more serious. Hoping it'll be populated by fun characters and interesting cases.

Loving the feel of this.

Ooh, yes! I can't wait for this, too! I love that Kang Min-hyuk's character is "the only one that can keep up with her quick hands in surgery." I'm a sucker for dramatic and literal life-and-death K-drama surgery scenes.

The teaser made me excited!seem like its going to be a good drama with heart
And i do think despite the age difference, Ha Ji Won and Kang Minhyuk will have chemistry? They were cute during their vlive with other casts

Really excited seeing Hajiwon comeback to drama. But, so disappointed with the other cast.

my stomatch is not tha strong probably i'm just so not in too watching live surgerry with blood,the wounds, organs and all so gross

I'm looking forward to this! Excited to see what problems they'll face and how they'll solve it seeing as they're not in a typical setting.

I still can't quite buy the idea of HJW together with KMH but hey, fingers-crossed they make it work

I just got around to finally finishing the final episodes of Romantic Doctor Kim and I was bummed that there's no more of it. But this might just be the medicine for my awful withdrawal! Medical dramas with a heart and characters with a human side are rare but the good ones are worth every minute. So go Hospital Ship!

Love it. Looking forward to this. Ha Ji Won is ♥️

I'm excited to watch this.

I'm liking the vibe of this =)