MBC’s Hospital Ship gets another doctor in Lee Seo-won 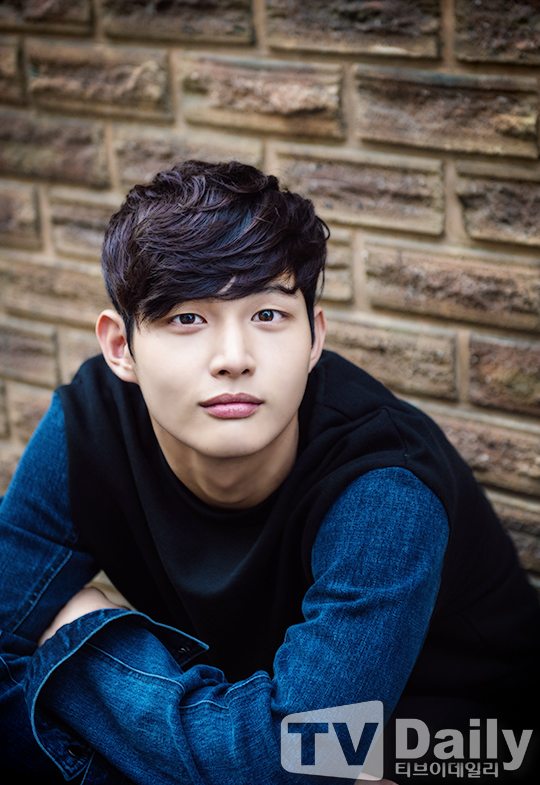 We’ve got another doctor onboard MBC’s Hospital Ship, the upcoming medical drama featuring a group of doctors who travel by boat to remote islands to treat the inhabitants who don’t otherwise have access to medical services. Lee Seo-won (The Liar and His Lover) is in final negotiations to join the cast as a doctor of oriental medicine, which should provide an interesting dynamic with leads Ha Ji-won (The Time I’ve Loved You) and CN Blue’s Kang Min-hyuk (Entertainer), who are a surgeon and a doctor of internal medicine, respectively.

Lee Seo-won is relatively new to the industry, with three drama credits to his name: He debuted in a bit part in JTBC’s Awl, was Suzy’s younger brother in Uncontrollably Fond, and most recently played a composer/bassist in The Liar and His Lover. I dropped Uncontrollably Fond early on, and The Liar and His Lover is on my to-watch list, so I’m not very familiar with him as an actor, but I’ve heard good things about his performance as the troubled bassist in the tvN youth drama and I look forward to seeing him in what sounds like a warm medical show with a focus on the relationships between doctors and patients.

The recent casting additions for Hospital Ship are skewing quite young, and I have to admit, I am slightly dubious of Lee Seo-won (who’s 20 years old) playing a doctor, because it could easily look like a kid in his dad’s doctor coat. But maybe Kang Min-hyuk’s role as a fellow doc will help, because two baby-faced doctors cancel out each other’s suspension of disbelief, right? Wait, is that not how math works?

MBC’s Hospital Ship will air in the Wednesday-Thursday slot starting in August, after Ruler—Master of the Mask and Man Who Dies to Live finish their runs.

Don't get me wrong, I love Lee Seo-won but Ha Ji-won is basically babysitting at this point.

Did it say they'll have a loveline? He may be his lil bro, like he was to Suzy! Haha

I'm wary about this whole thing. I wish they would cast a younger actress so we know that it's a drama about hound doctors. Or they upgrade Ha Ji-won's character to like the chief of the hospital or something. It doesn't make sense that they're on the same level as she is professionally.

babysitting lmfao. What if they play the birth-secret card and Ha Jiwon would be the only one knowing because she was there when they were born

It feels like all the actors being cast in this show so far are all so baby faced and adorable... It's going to make me feel like HJW is going around babysitting a bunch of medicine students, not colleagues! ?

LOL! I don't know why they casted all green actors in this drama so far. I heard they casted an idol for another female character. (Mina AOA if I'm not mistaken).

LOL. Babysitting. So true. I am worried about this drama.

I love Lee Seo-won in The Liar and His Lover, but he is so baby-faced that he must be playing a medical geeeeeenius.

Bec it ain't a drama if he's not a genius lol ?

Lee Seo-won does have an attractively deep voice which could add some maturity to his actual years.
I do wonder about all the young casting in dramas. Nam Ji-hyun is 21 and is playing a lawyer in Suspicious Partner. At least the young casting goes both ways, female and male.
I can't imagine a love line with Ha Ji-won at all. Maybe some more casting will come out. How about a mature male nurse?

Yeah but in Nam Ji hyun's case, she could easily pass as someone in her mid twenties. She has a maturity that belies her age so she fits in well with the rest of the cast who are much older. I'm not too sure about Lee Seo won though.

Lee Seo Won was great as the bassist/composer in the Liar and his Lover so it seems like this new addition to Hospital Ship will make it a very cute show. However, I'm not really comfortable if there will be a loveline between Ha Ji Won and her two young costars. It just doesn't seem right in my personal opinion, but hey, who knows.

So. Many. Babies. :o I don't even know what to think anymore. :D
Happy for my Chan Young-aa though! ^^

I am happy to see CY back too.

Happy for Lee Seo Won. Only Lee Hyun Woo announces drama. I'd over the moon. I believe in Ha Ji Won.

I liked Lee Seo Won in TLAHL but I can only see this working if Ha Ji Won is the leader of the medical team, as a mentor to the young'uns.

Best case scenario: she's already married and her husband is left pining on shore (take your pick for cameos).

Dang it. I have no plans on watching this. I guess, I'll probably just try the first episode since he is going to be on board this ship.

I had second lead syndrome in TLAHL because of this guy. I'm really looking forward to this show now!

I wasnt gonna watch this show. Guess I have to now that Lee Seo Won is on board!

I loved Lee Seo Won in The Liar and His Lover! Even though in the beginning I only thought of him as a selfish jerk, I loved him at the end of it. Fighting, Lee Seo Won!!!

My personal feeling is that both Kang Min Hyuk and Lee Seo Won look too young to be playing doctors . Maybe they'll age them up with make up and styling? I can't unsee them as high school teenagers from their past projects, so the leap to doctor is a stretch for me.

Speaking of which this has the feel of an idol drama, will there be any seasoned veteran actors signing up for this drama apart from Ha Ji Won?

I loved with him in "The Liar and His Lover" so i'm looking forward to his new drama.

This kiddo is just so cute.

But really his character must be ones of those geniuses who skipped a bunch of grades and finished high school really early like that 19 year old Canadian girl who just finished her Master's at Columbia (what even!?).

Side note: He's so young! It feels like not that long ago when I started watching kdramas in high school, but it's been almost a decade. Then all the up-and-coming young actors were older than me. Now I'm older than all of them!?

Ha Ji Won looks so miscast now. What are they trying to go for with this drama?

I quite like LSW after seeing him in Uncontrollably Fond. Haven't seen The Liar and The Lover yet. I might check this out since I also like HJW and KMH.

The drama title should be more like Hospital ApprenticeShip!

After seeing him in TLAHL even if I never completed the whole drama, I can now see why he would have been a perfect fit for the school series. Bummer.

i know right? he would have been perfect as the lead of school 2017. ig only he and the other actor swap out roles. *sigh*

I actually hated his acting in Liar and the Lover. He seemed insincere when delivering his lines. His character always came off as fake to me, so I'm not really looking forward to his role. But besides that, what's going on with the casting here? Why are they surrounding HJW with these baby-faces. If the guys aren't interns or something, I'm going to have a hard time believing it.

i love lee seo won, but i can't see him playing a doctor just yet. he's so young and he looks young. can he actually pull it off?

at this point, only ha ji won would look convincing as a doctor. kang min hyuk also looks so young to be playing one.

Kang Min-Hyuk and Lee Seo-Won we can make a band at this point. Just add some other singers and musicians and this show can be a musical.

More important thing is who's the writer? Ha Ji Won is a decent enough actress but these medical dramas get very boring.

Writer of Hwang Jin Yi, Secret Door... I think this will be Ha Ji Won's one show.

He is still too green.

Didn't watch TLHL, but I know he's an actor from Blossom Entertainment and he's a MuBank MC. Seems like he's being groomed to follow Park Bogum's path.

Isn't there a Japanese drama starring Matsuda Shota which has an almost identical premise? Is this an adaptation of that drama?

A Clinic on the Sea is that drama. I haven't finished it. I thought the set up interesting with interesting scenery and socio-cultural issues inherent in isolated communities. It has a low key charm as often in Japanese dramas. Didn't warm up to Matsuda Shota's character as he was such a weirdo.

i was thinking that it's kinda similar to code blue with yamapi and erika toda. just that this drama is set on a ship, rather than a helicopter.

the casting of this drama reminds me of "Entertainer".. and it's not a good sign.