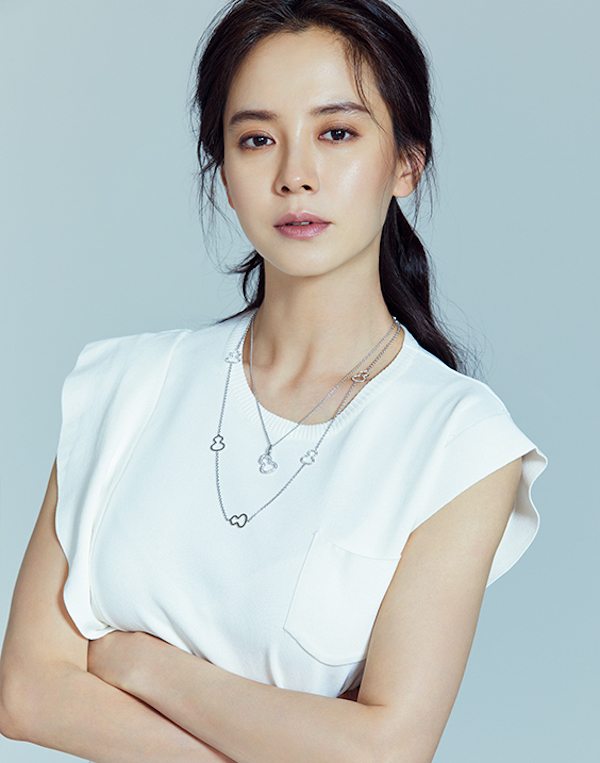 Song Ji-hyo (This Week, My Wife Will Have an Affair) has received an offer to play the lead in a one-episode drama called Chief B and the Love Letter, which comes as part of CJ E&M’s program for rookie screenwriters called OPEN. It’s part of their efforts to seek and foster new talent, and this project comes from OPEN writer Shin Soo-rim and will air on tvN and its online streaming service TVING.

Song Ji-hyo is currently reviewing the project positively, which is a single-act drama about women in their thirties. The role she is considering is the general affairs chief, Bang Ga-young, of a luxury shoe distribution company. Although to others she seems to be perfectly juggling a marriage and career, inside she’s desperately lonely. She’s so lonely that she’s on the verge of asking any man on the street to date her, but she doesn’t have that kind of courage. So maybe she’s not married, but is pretending to be?

After she reached thirty, her confidence began a downward spiral that she can’t seem to escape. So the drama will follow how she fights tooth and nail to keep her pride and pursue her life to the fullest. To be honest, it sounds a lot like Song Ji-hyo’s previous role in This Week, My Wife Will Have an Affair, where she played a supermom who seemed to be perfectly balancing job and family but was actually exhausted and lonely the entire time. So I’m sure that she’d be able to handle the role.

Chief B and the Love Letter is planned to air at the end of this year on tvN and TVING.

Via StarNews, IS Plus

I love Song Ji-hyo and think that this role fits her perfectly! I found her very interesting in This Week My Wife Will Have an Affair, though we never got much from her point of view but she felt lonely and exhausted so I think she'll do really good in this!

Interesting, the information I was getting elsewhere didn't mention the tidbit about her being "married". From what I had read beforehand it just came across as though she has been single majority of whole life and in part it was due to her having low self-esteem.
It's not a bad follow up for Song Ji Hyo post MWIHAATW, even better it's a one episode drama special. I like tvN's initiative with this project, it's important to foster and give new creative minds a platform to showcase their work and hopefully it'll lead to bigger things.

Yes Ji Hyo I miss you !!! Lol it does sound exactly the same as her last role but I've been waiting for her next project so bring it on! Hopefully she takes on a full length drama soon too :)

It seems very interesting...
But, the only thing I wtached with this actress was Emergency Couple and I don't have good memories about that, but This Week My Wife Will Have an Affair is on my watchlist, so maybe I will change my opinion about her

Oh yes you should watch This Week, it's a great drama and very much well-acted too! :)

I'm hoping to see her do more dramas now. I think given the right material she can really do amazing so I'm hoping this works for her. I'm curious though how they can execute the story in just one episode, unless the ep was more than an hour in which case it'll be just like a TV movie

a one-episode drama?? That seems so odd.

Yep, it sounds odd but there are quite many one-episode dramas in Korea :) I love to watch them, too :D

I wasn't fond of Ji Hyo as an actress, but I've changed my mind after seeing her in This Week... so I'll look forward to checking it out.

Similarly, I always thought she was pretty bland and forgetful, but she was absolutely amazing in This Week.

I like the idea of giving opportunities to rookie screenwriters... I hope CJ E&M can do the same for rookie actors too (like, straight out of a fine arts school/college).

I love that tvN will also producing one epi drama just like KBS Drama Specials, and from what I read, they will produce 10 drama as well, and so far including Song Ji-hyo's drama there is another drama is in talk. Probably jTBC can also follow this step, maybe as an upgrade of their webdrama series. jTBC will also produce one special drama with Choi Kang Hee's starring on it, I think around 4 epi. These drama specials are good option especially if you're in drama slump.

I miss her and really enjoyed her in her last drama!

I am not found link for watch this drama 😭