In this historical drama, two princes fall in love with the same woman. One prince holds her heart, and is kind, artistic, and has no interest gaining power and winning the throne. The other prince, however, fights for power and to become the crown prince. He is already married but still pursues the woman.

In this historical drama, two princes fall in love with the same woman. One prince holds her heart, and is kind, artistic, and has no interest gaining power and winning the throne. The other prince, however, fights for power and to become the crown prince. He is already married but still pursues the woman. 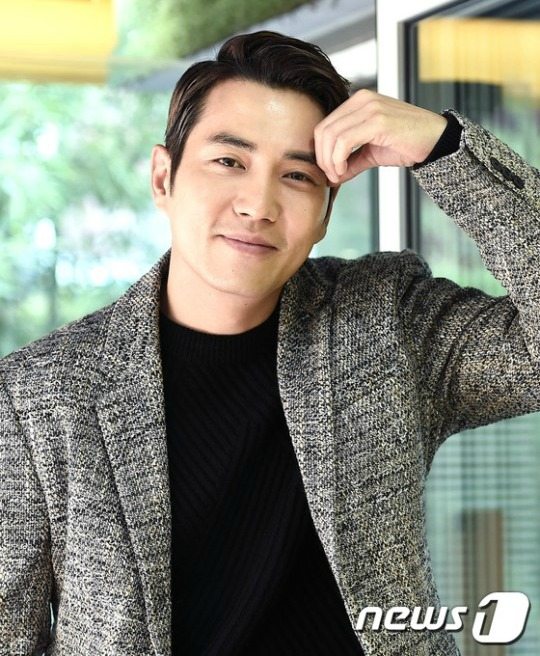 Anyone in the mood for a high-stakes, romantic melo? Newlywed Joo Sang-wook is up for a starring role in cable channel TV Chosun’s upcoming sageuk melodrama, Grand Prince, which would make this his first drama project since last year’s Fantastic. The show also has an offer out to Jin Se-yeon (Flower in Prison), who is still positively considering the lead female role. The characters they’ve been offered are two legs of what sounds like an epic and bloody love triangle in a Joseon-era court, and it’ll be interesting to see who the producers extend an offer to next.

If he accepts, Joo Sang-wook will play the titular Grand Prince, who ambitiously seeks to become the second Lee Bang-won (the ruthless, dictatorial King Taejong). Second in line to the throne from the second he was born, he has always had his way, and he wants to be a king that no one dares to even look at, like the sun. This thirst for total control also seems to extend to his love life, and even if the price is his brother’s life, he’s determined to win his lover. The women of the royal court will also have their own political chess game that I’m sure Jin Se-yeon’s character will get swept up in, as they all vie to become the Queen of Joseon.

Hmm, I’m trying to keep an open mind about the vaguely caveman-like, women-are-objects-to-possess plot point, because I feel like Seven Day Queen had a rather similar setup on paper. I mean, the character description for the grand prince could very well be for pre-insane Yeonsangun. But the execution felt very different in Seven Day Queen, especially in its depiction of the female lead caught between two royal brothers, and I can only hope that Jin Se-yeon’s character has half the backbone that Park Min-young’s character did.

I’m not too familiar with Joo Sang-wook’s work, and I think the last drama I finished of his was 2013’s Good Doctor. I’ve heard he’s pretty great at comedy, but I also thought he was decent as the serious surgeon, so I’m optimistic he’ll be able to pull off what sounds like a very charismatic, if morally ambiguous, role. It sounds like he’d be in pretty good hands if he does sign on as well, with writer Jo Hyun-jung of Maids working on the scripts, and PD Kim Jung-min (The Princess’s Man, Joseon Gunman) up to direct.

Grand Prince is expected to air on TV Chosun this coming January.

Oh, man, this is going to be interesting! I mentioned in the previous news post about "Grand Prince", but Seven-Days Queen was a show that so easily could have turned terrible, but only became better for each episode and was made with so much heart I felt loved when it was over. And I feel one of its biggest strengths was Chae-Kyung and her actress.

Chae-Kyung was depicted as very beautiful, kind and insightful, but the world (and herself) also achknowledged that she was not overly intelligent, politically savvy or the like, and that had repurcussions. Even so, she always carried herself with agency and spirit. Even at her most humiliating moments she insisted on having a choice in the matter, no matter how little she actually could decide. The hatred between the brothers made her a chess piece, but she refused to be played around with. So even though that kind of love triangle is my guilty pleasure and I tolerate its immoral implications a lot, SDQ made everything so much more intense and better because the title character was just that wonderful and driven.

I feel one major difference might be the bromance? Seven-Days Queen didn't really HAVE a bromance. The two brothers were at odds and never really worked together, and Seo-no did not have that much focus with Yeok compared to other characters. The story was more focused on other relationships, like with the main couple and their individual connection with Yeonsangun, and more. While "Grand Prince" already mentioned bromance as a big deal, which might potentially shove the female lead away. Thus she might become a chess piece, or an object to fight for. The most important thing is that she stays her own character. Even San from "The King Loves" was her own character with virtues and flaws, and she didn't want to become an object between the boys, even if she had to give up her own feelings for that.

I wonder if the Grand Prince will be the male lead in the romance? Like, will the female lead end up with him? I kind of automatically assume the woman will be the protagonist and we will follow her mostly, but I guess this might be more like "Yi San", where we mainly follow the prince with regularly visits to the female (and secondary male) lead. Will it end with the female lead falling for the other man and the Grand Prince letting her go, like in "The King Loves"? Will the Grand Prince, despite being the titular character, be the antagonist of the love triangle that the other two avoid like in SDQ? Will he be the villainous protagonist whom the female lead ends up with? I'm so curious, but also worried because again, these kinds of shows can easily turn bad, but because it's my guilty pleasure I need it to be at least decent!

Uh. Jin Se-yeon needs to decline this. Other than the fact she's not a really good actress, she needs to stop working with actors waaay older than her.

This role sounds very intriguing & challenging that it makes sense he is considering. I think the only sageuk I saw him as a minor role in Queen Seondeok which was ages ago. I love him especially in romcom, but imho I don't think he is that great as an actor. He needs a great partner especially in melo. I often see him as a lesser intense & a little better actor than Song Seung-heon (and it can't help they kinda looks like a little and hawttt lol). I think he can play as a ruthless Prince provided with good script and direction (I trust Princess Man PD on this, Park Shi-hoo wasn't that good either, but he did well in TPM). I also didn't thought someone like Jo Hyun-jae could pass as ruthless character but he did it in Yongpal. Kim Jin-suk and Lee Dong-gun as well (although I was amazed with Kim Ji-suk more and I didn't finished SDQ).

We need other strong casts to make up for these two, if they confirm. If based on synopsis, we will get an interesting women rivalry in the Palace, so even Jin Se-yeon confirms, I hope she is just the romantic interest between them ( This is the case where I don't mind to see another Ruler though ). Let the other female lead(s) do more and gain credits, hopefully they cast a solid actress.

Nod at everything you wrote

I think the bigger news here is: WHUT TV Chosun is back to doing dramas?!!! And they scored broadcast-level directorial talent at that?!! Apparently, the director of High Kick will also do a 50-episode sitcom with Uhm Hyun-kyung.

Maybe they are back after seeing successful cable drama during the recent years. So they are going to produce a sitcom as well? It sounds good.

TV Chosun have been focusing on News. I guess they decided to go back to dramaland

I'm always up for more Joo Sang Wook. Good actor who's been absent for a year now. Time for him to come back.

I love him in anything he does, but I will always prefer him in comedy. He's just very naturally funny, which takes a routine "romantic comedy" and makes it lovable, you know, with actual cute comedic moments.

He acted as a bad actor in Fantastic was really funny, and that script-reading scene is my favourite. I still laugh crazily whenever I watch that scene. 😆

That was honestly hilarious. Easily one of the best comedic scenes in drama history.

I laughed and then felt bad after saw his face...lol. Wish he will do more romcom in the future.

He's great in comedy, after Fantastic i think it's good to choose melo genre now. Anticipating him after a year absent, its challenging as ruthless prince. I'm really interested to see how he brings the role

This has a bit of the C-drama The King's Woman that has just concluded.

He's damn hilarious in Fantastic.. I had a lot of laugh because of his character. Tbh I prefer to see him in rom-com because it works on him lol

Looking forward for his new drama

my sentiments exactly!! it's worse because they are so adorable together

I don't know, it sounds to melo for me. I want light , fluffy shows right now. Still, I might check it out, if only for Joo Sang-wook.

My fave! i'm glad he's coming back to dramaland, but unfortunately I'm not much of a saeguk watcher :/ plus jin se yeon...

I'm the only one who fall in love for his role in special affair team ten and is still waiting for a 3° season?

Well last time I like one of his drama was "Cunning Single Lady" .... Hope is next project will be good!