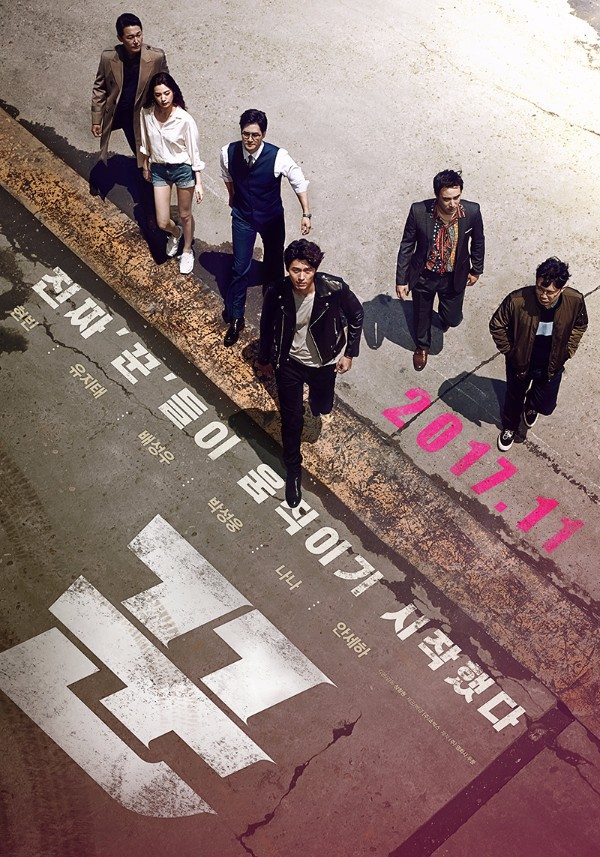 “Fool me once, shame on you. Fool me twice, shame on me,” Hyun Bin (Alliance) narrates in the trailer for his newest film The Swindlers. He plays the clever ringleader of a gang of scam artists who only target other con men in this upcoming heist movie.

The copy reads, “Trust no one in this field!” and Bae Sung-woo (Dating Agency Cyrano) recognizes Hyun Bin as the man who targets other swindlers. Then Choi Deok-moon (Chicago Typewriter) exclaims that he was able to fool a master cardsharp. Park Sung-woong (Man to Man) asks Hyun Bin why he has approached them.

Hyun Bin unveils a massive pile of money as he narrates: “When you dissolve doubt, it becomes certainty.” Yoo Ji-tae (The Good Wife), who plays a prosecutor who uses whatever methods needed to succeed, warns Hyun Bin not to expose his identity for small-scale cases. In order to catch his criminals, Yoo Ji-tae gathers a team of con artists including Bae Sung-woo, Nana (The Good Wife), and Ahn Se-ha (The King Loves) with Hyun Bin at its head.

But their collaboration isn’t without its ups and downs: At one point, Yoo Ji-tae hangs Hyun Bin off the rooftop, but Hyun Bin keeps glib. He quips back, “You and me? You won’t be able to handle me.” But when they do finally begin their partnership, Hyun Bin takes charge, as Yoo Ji-tae sits back to let the master perform his craft. He asks Hyun Bin how he plans to proceed, and Hyun Bin replies that they need to infiltrate and become a team player in order to raise the stakes.

Their first target is Park Sung-woong, who is the right-hand man of their real objective, although he’s walking with our team of con men at the end of the teaser as they set out to pull off their largest scam yet.

I’m looking forward to this one—it reminds me of the 2013 blockbuster The Thieves with its large cast of characters and caper-type plot. And it’ll be interesting to see Yoo Ji-tae, who is currently playing a fraud investigator in Mad Dog, as someone on the other side who instigates said fraud (albeit for a nobler purpose) in this movie.

Comedy action film The Swindlers is set to premiere in November. 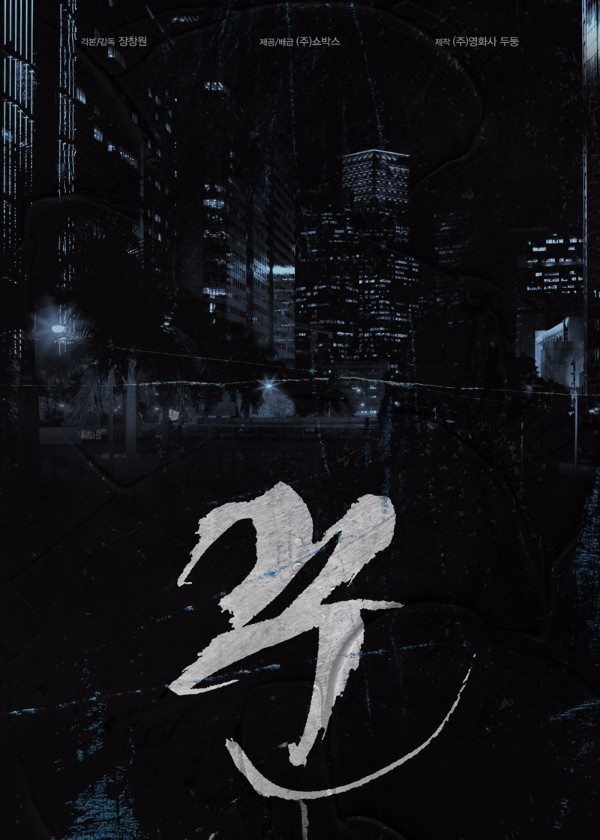 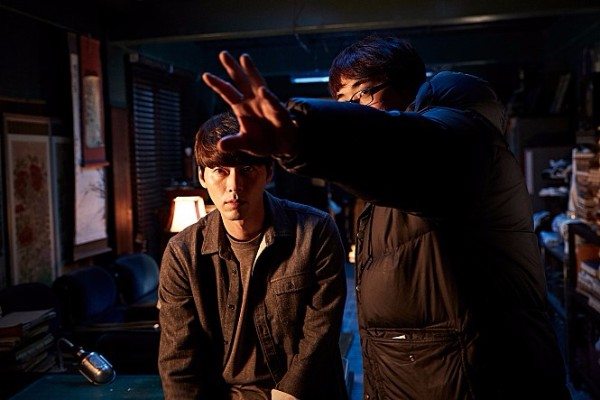 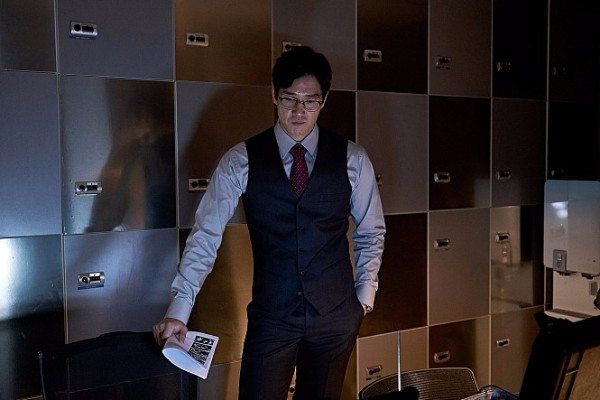 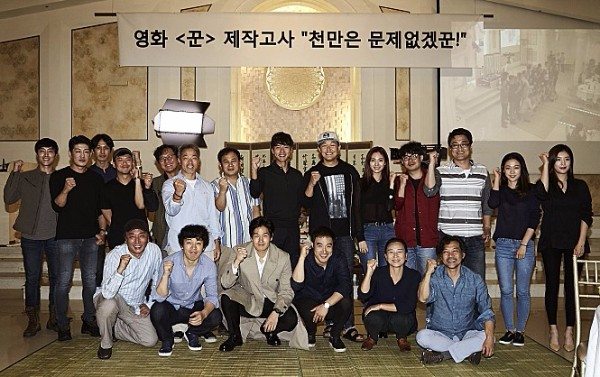 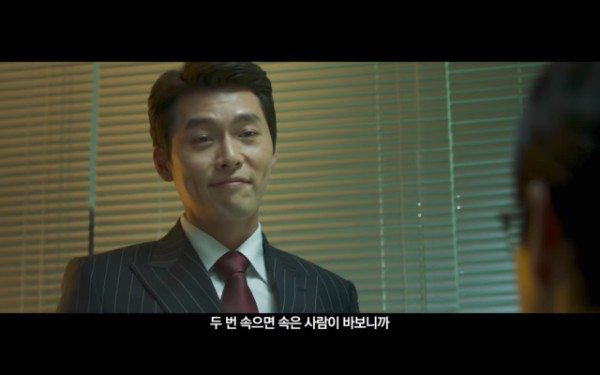 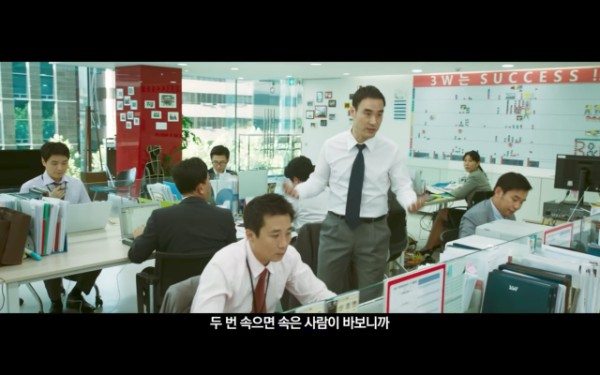 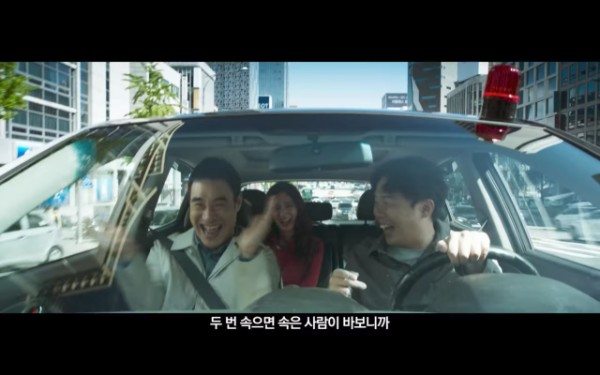 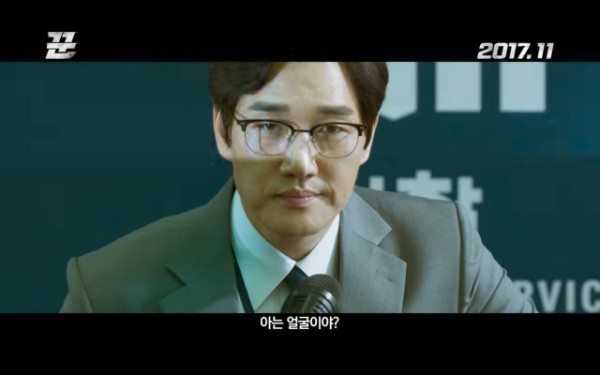 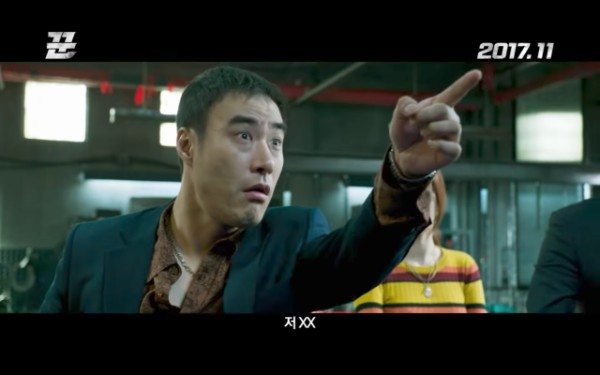 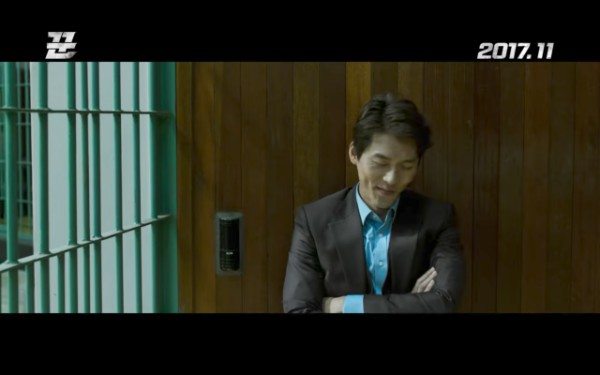 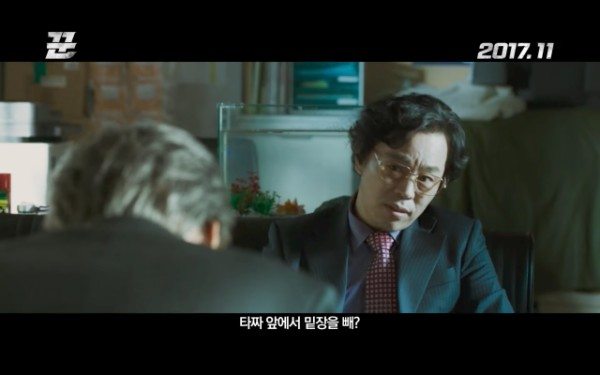 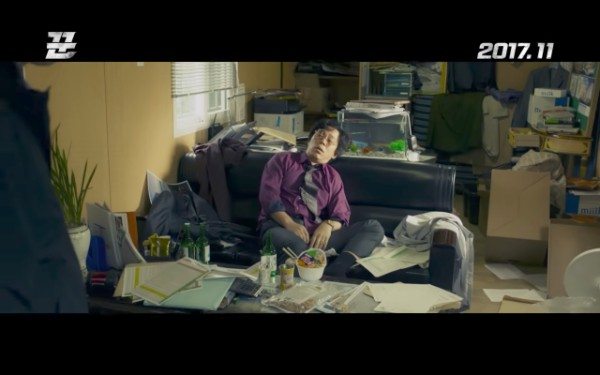 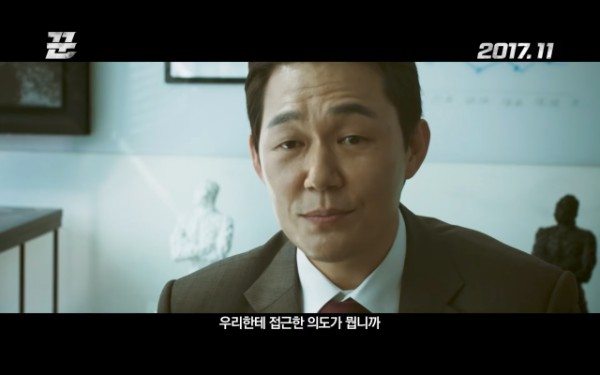 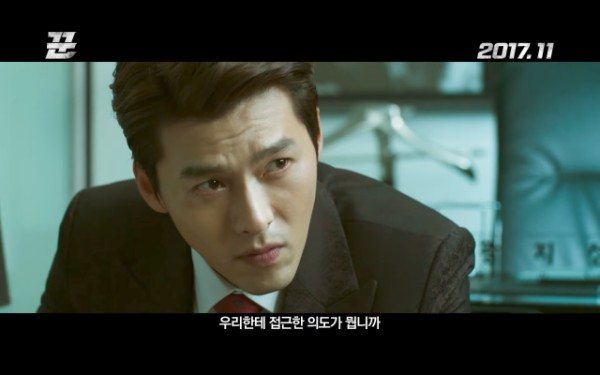 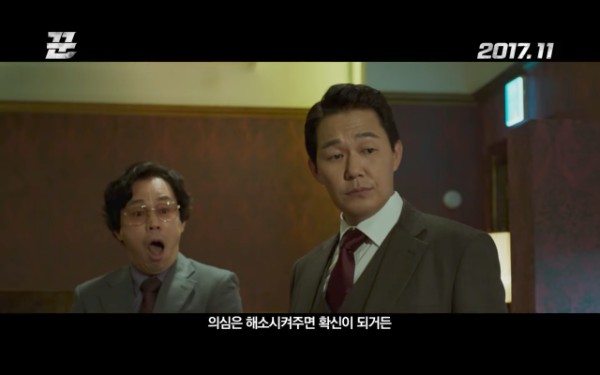 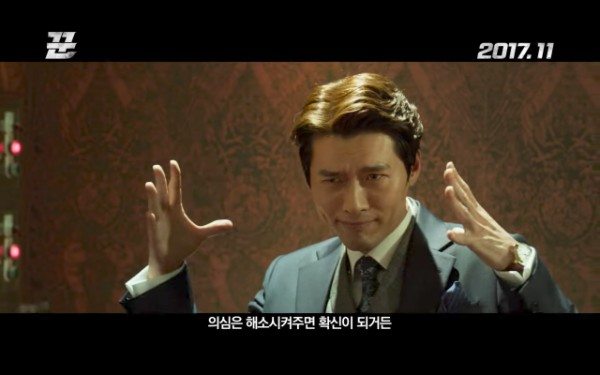 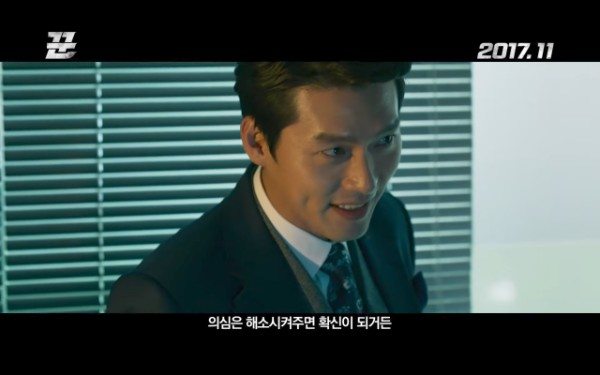 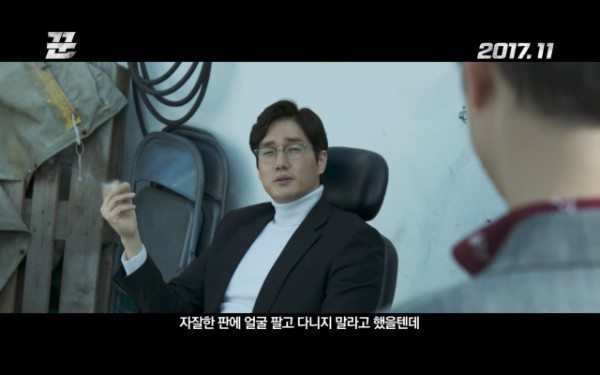 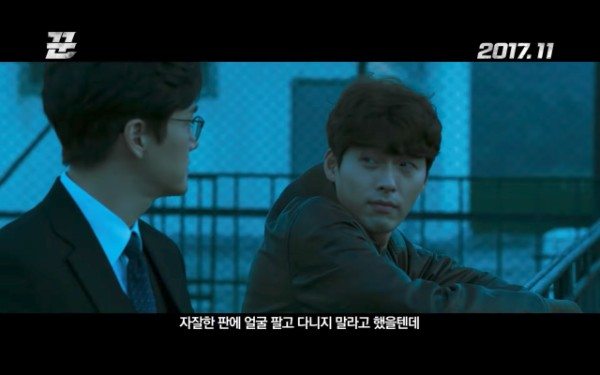 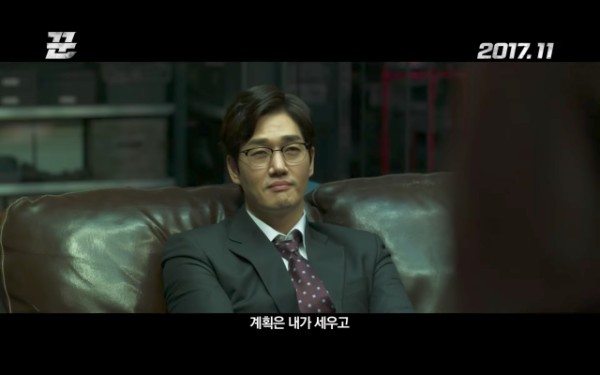 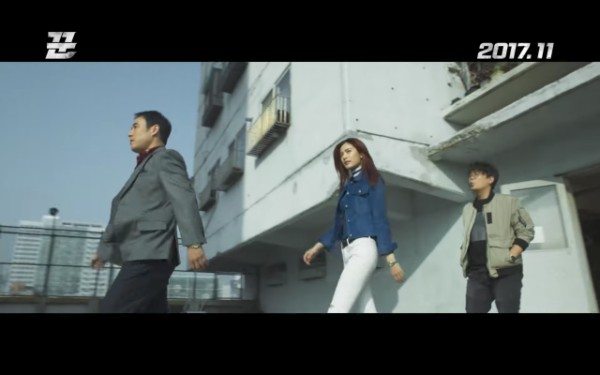 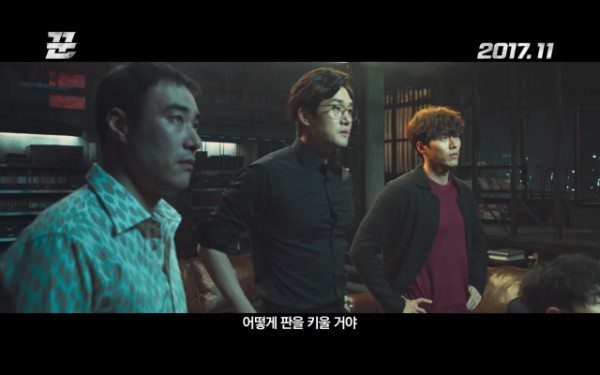 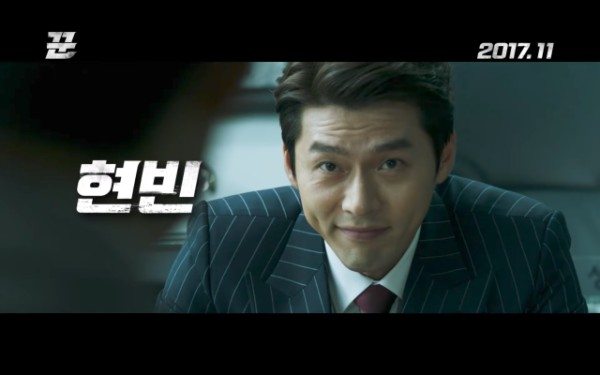 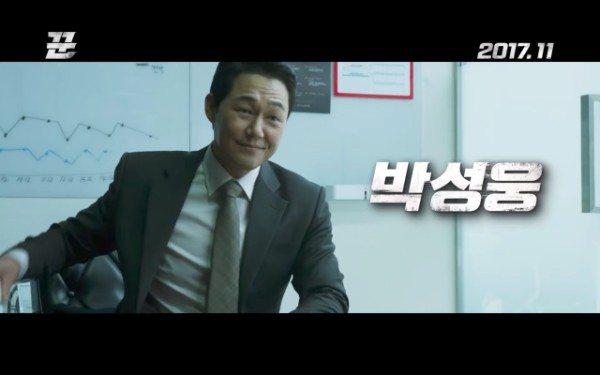 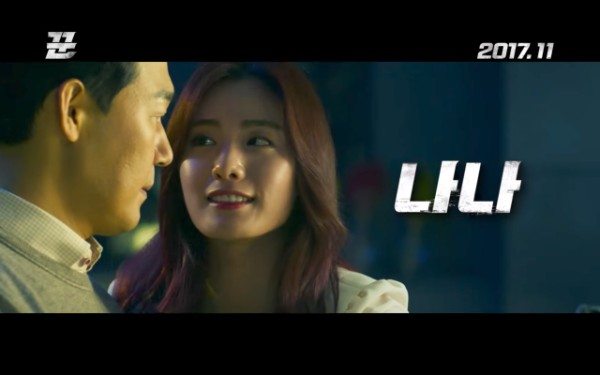 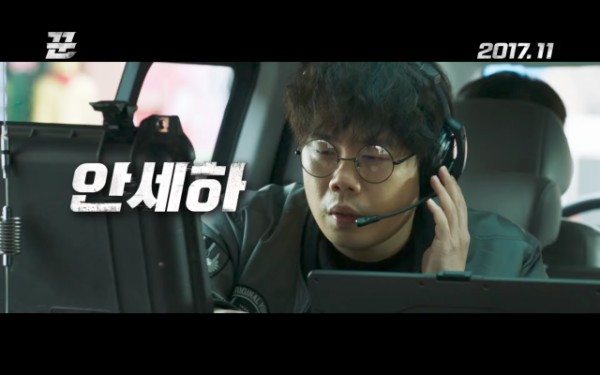 Felt like it's been forever since I saw Hyun Bin...

Holy moly,this looks so fun and with such a great cast!

Totally rooting for him to make it in Chungmuro and so far so good. He is doing well for a 35 yr old actor.
Looking forward to "Negotiation" with Son Ye-jin the most.

Me too, looking forward to Negotiation!

God I miss those dimples! Too many smiling Hyun Bin screenshots 😳

Plus Yoo Ji Tae? Will def watch this when available! ♥

It's always good to see HB. I wish he'd come back in a (good) drama.

I do however need to make my usual point/quibble about this tendency they have to make male-only or male-heavy ensemble movies. Ok, I guess we have Nana but still... I hope her role rises above being the 'token female'.

I feel you about that tho. We're finally getting some fun all-female caper films in Hollywood (yas Ghostbusters yas) but it's still so rare...

I honestly don't think Nana will have much to do except be amazingly hot (which she is) and maybe do like one badass shot or something but that's it. Obviously by casting veterans in the other roles they're gonna let them do the heavy lifting (in other words, have all the fun haha).

Good point! I'm excited for this film, but am surprised we aren't getting more korean ensemble heist films with more active female roles, especially with how much money The Thieves made a few years back.

You made my day DB, back to back post with Yoo Ji Tae in it. He's my weakness. TT

Is it me or Hyun Bin's old face (Lovely Sam Soon days..) is back? I love how he gained a bit of weight.

He is looking better these days. Also he seems to be doing fine in movies...got the swag back!

Gosh I miss him on the small screen...Please come back to dramaland!

Looks like we have to wait like forever...
But hoping his next project in dramaland will be a good one otherwise just stay in chungmuro.

This is quite irrelevant, but somehow is. I saw somewhere how Nana is the female Lee Jongsuk. Now I can't get rid of that resemblance every time I see her. hahaha I just keep on seeing Lee Jongsuk. /heeelpp/

When is Hyun Bin coming back to dramaland?

Oh yeah! I'm totally up for this! But I would've forgotten about it when this will be available to download with eng subs..

Hyun Bin is his usual handsome self but why my eyes are more drawn to yoo ji tae? This man just oozes charisma!
Gonna watch this movie for yoo ji tae..
Sorry binnie..