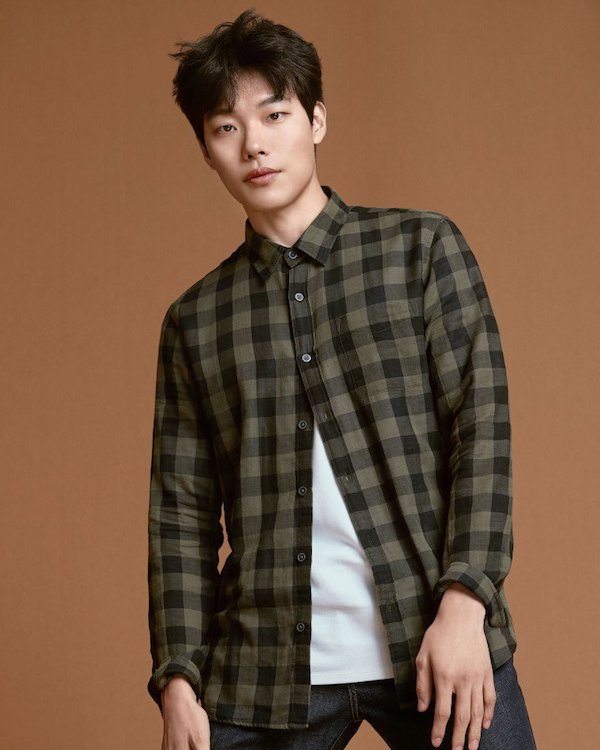 I’m not quite sure how to feel about this piece of news: Ryu Joon-yeol (Taxi Driver) has just been offered Tazza 3, the third in a line of movies about high-stakes gambling. The first one, Tazza: The High Rollers, was suuuper good, starring Jo Seung-woo and Kim Hye-soo as master cardsharps. But the subsequent drama adaptation (Tazza) and movie sequel (Tazza 2: Hand of God) were decidedly lackluster.

According to C-JeS Entertainment, Ryu’s management agency, he’s positively reviewing the offer, but nothing has been decided. He’s had a busy year so far, adding his tsundere charm to several movies, including the award-winning Taxi Driver and political corruption film The King. There are a couple other projects still in the pipeline for 2018 including Little Forest with Kim Tae-ri and Money with Yoo Ji-tae. So 2018 already looks tightly scheduled for him, but perhaps this opportunity to star in such a well-loved franchise as Tazza might prove to be an opportunity too good to pass up.

As of yet, no other actors have signed on, but up-and-coming director Kwon Oh-kwang, whose debut film Collective Invention enjoyed moderate box office success, will be helming the movie. Both the first movie (starring Jo Seung-woo) and drama (starring Jang Hyuk) were centered around Kim Go-ni, the main character of the original manhwa, but the film sequel (starring TOP) featured Kim Go-ni’s nephew. So I’m not sure which storyline this next Tazza film will follow, or if it’ll be a completely different spinoff story entirely.

I’m hoping Yoo Hae-jin makes at least a cameo in it, because he was one of the only characters who carried over in Hand of God, and perhaps the only redeemable thing about the movie. The other character who was carried over was Kim Yoon-seok’s Agui, the ultimate evil from the first movie who made a very brief special appearance. I must confess—I wanted Yeo Jin-gu in the next Tazza installment because it was hinted in the second movie that he was Agui’s psychopathic apprentice. And it would have been awesome to follow a storyline where a prodigy trained from childhood to become a ruthless gambling den king would one day see the light and destroy the empire bequeathed to him from within. In addition, it would just have been a delicious meta situation because Yeo Jin-gu also played Jang Hyuk’s youth counterpart in the drama adaptation. But Ryu Joon-yeol would definitely be an awesome alternative.

No final confirmations yet, but hopefully if things go well, we’ll see Tazza 3 in theaters by the start of 2019.

Wow RJY is going far in the industry.

He’s not coming back to Dramaland anytime soon, is he? I read that he’s just confirmed for a role in another movie (the one with Gong Hyo-jin).

with the current state of dramas (i mean, even a top star like jo jungsuk only had 5% premiere ratings for his drama), he's better off staying in films.

His last drama was a disaster, it wasn't his fault though.

I marathoned it recently and yesh, it was a slog to get through. His acting was the only thing that kept me going.

Why would he come back and do crappy dramas when he is working with the best in the industry?
There is nothing in dramaland that would propel him to the next level like his films.
He's gotten better and better with every film that he has done so far. He could be the next Oh Dal-su or Yoo Hae-jin. He could even be a solid leading man in the next 10yrs.

It takes a long time for actors to establish themselves as a film actors and to keep their status in Chungmuro they need to keep doing films.

i can see him in the role -- he has that daring, dashing charisma...

I didn't watch the first Tazza, but I watched the second 1 and thought it was really good. I'd def check the 3 one out if RJY stars!

So he won't be in drama anytime soon. :(

Also slightly offtopic, but why is dramaland so dry these days. I used to have a pile of dramas that I could watch but now there is only like a handful and that too after long long time.
Currently all I'm watching is 'Because this is my first life' but even that is ending tomorrow. T_T

I disagree with the author about how she described Tazza 2 as lackluster. I had actually really enjoyed it.

I only watched the first Tazza, and it was really good.
I love RJY, so I'll check out anything he's in.
Crossing my fingers that if he does confirm, it turns out to be a good movie too.

Who would have thought that a minor role actor would hit success. The wonders of Reply Series. He's turning out to be a movie star.

I haven't watched the first movie and gave up on the second one half way through so I'm not really interested in this one, however I'm sure there are people who will be. I'd say he should take the role if the script interests him and skip it otherwise.

Is it selfish of me to really want him back in dramaland?? Ryu I miss youuuu.