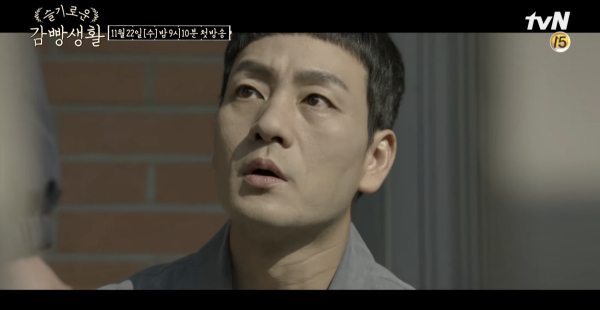 I have yet to see a satisfying teaser for this drama that actually shows me a scene or a line of dialogue from the drama itself, but I guess we just have to put our faith in PD Shin Won-ho of the Answer Me franchise and assume that he’s so busy making the drama that he’s got no time to spare on teasers. His new black comedy Smart Prison Living is about the daily lives of inmates and guards at a penitentiary, told through the eyes of new fish Park Hae-soo (Legend of the Blue Sea).

Park Hae-soo stars as a superstar baseball player, famous for being a dependable pitcher. But when he’s at the peak of his career and about to be drafted to the Major League, he ends up in an accident that lands him in prison. The drama is about his growing pains as he learns to adjust to the strange new society and customs within prison walls, from becoming a number instead of a name to living with so many people in such small quarters. I imagine it’ll be very different for him, as a beloved athlete who’s sure to have fans in prison.

The latest teaser shows Park Hae-soo looking stunned when fellow inmates cheer as he walks past their cells, and again when he’s asked to autograph a baseball. I’m sure there’s going to be no shortage of fanboying, which is a funny dynamic to add when he’s afraid of being amongst thieves and gangsters and killers. We get quick flashes of the other characters, in mundane moments to threatening situations, and are led through the prison gates as if welcoming us into their world. The other teaser is just a “moving poster” of our main characters posing for their mugshots in a suspect lineup.

This is really a drama that’s riding on the director’s credibility, but I find the premise refreshing and unusual enough to pique my curiosity regardless, especially because it’s described as a black comedy. I’m really hoping that they stick to their word on that, because I’d love to see dark humor done right in dramaland. 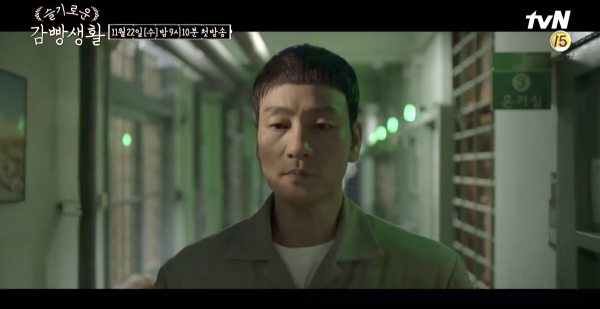 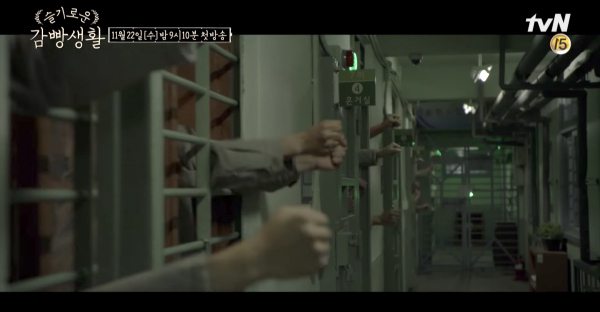 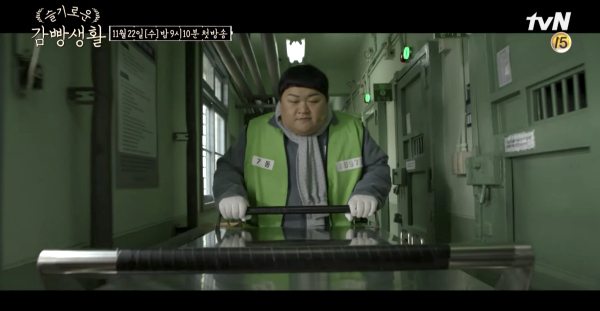 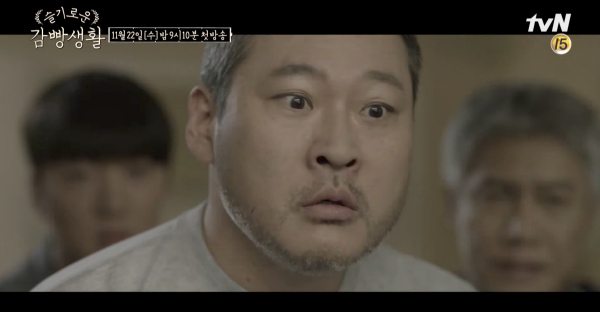 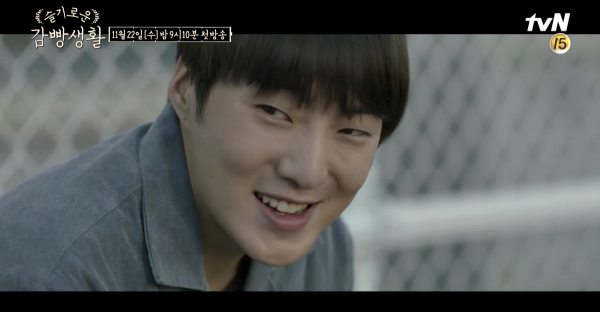 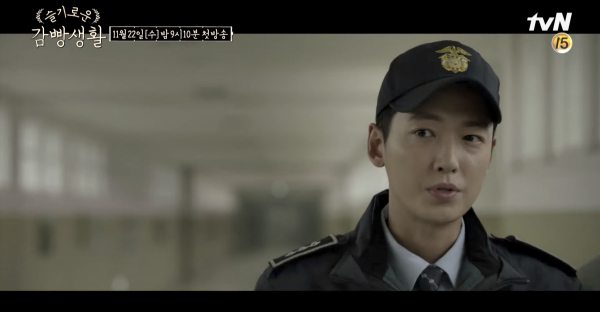 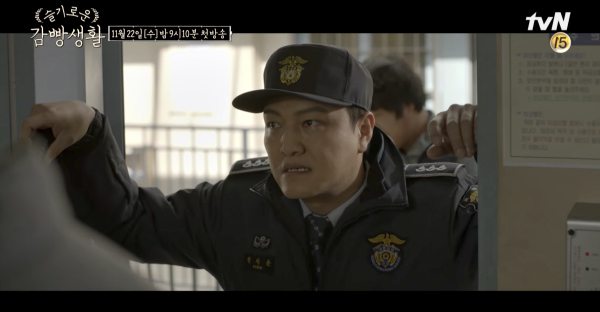 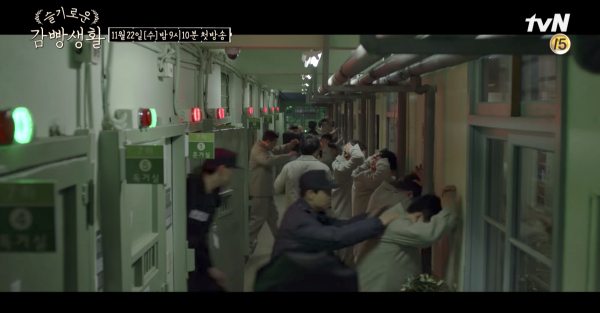 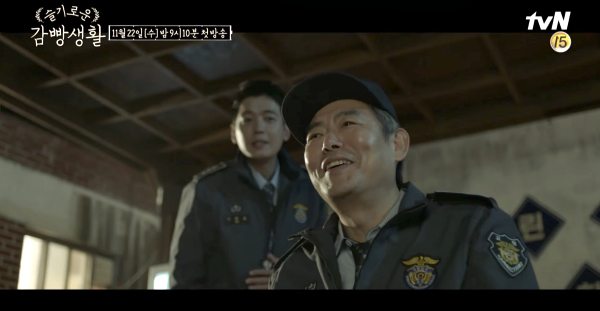 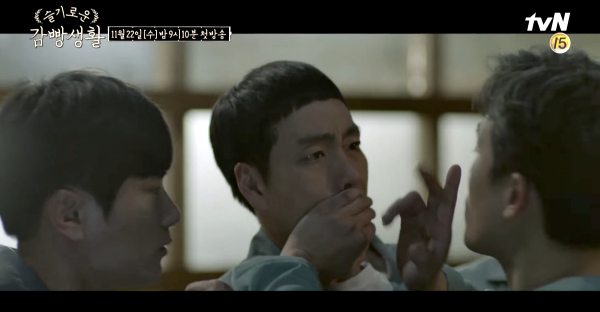 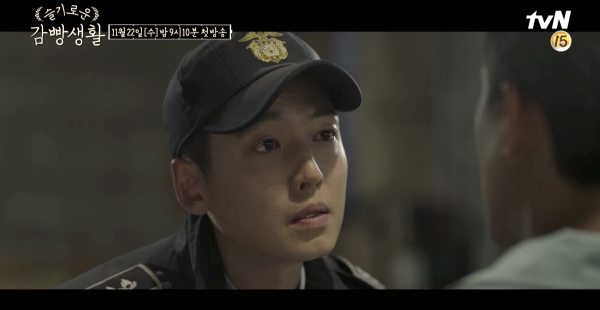 I keep thinking of Shawshank too whenever I see news about this, thought I was the only one ^^

Really wish this show wasn't so stingy with teasers!
I need more Jung Kyung Ho! Wasn't he supposed to be the lead? Or even one of the leads?
But yay for a look at most of the characters!

Yes, more of Baksa! I miss Kyung-ho in this kind of roles and I hope his back is healed 100% for this drama.

Yes. Finally next week 😀😀😀😀
PS. For prison style examples, better go to A Violent Prosecutor and don't even think about a western example since they all die 😂😂

haa maybe not himself but they could have an inmate with the accusation of kidnapping 4 idols and go by a nickname Three-Mealer.

Hoping for a more humanistic approach of black comedy like Orange Is The New Black even though in most cases prison is not usually my preferred setting of escapist fantasies.

YASS anything that allows the Six Flying Dragons legacy to live on...and I haven’t even finished the drama yet 😦...this is bad...