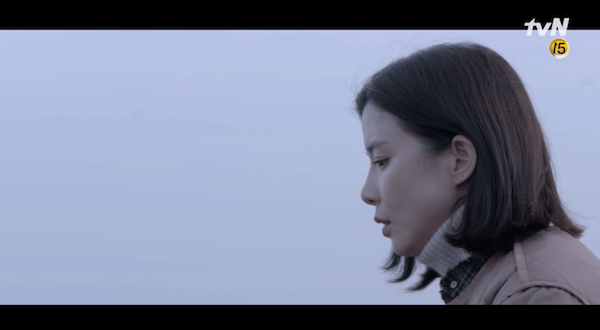 Finally! We’re getting our first look at tvN’s Mother, the kidnapping drama based on an award-winning Japanese drama by the same name. Lee Bo-young (Whisper) stars as a cold and logical ornithology researcher in her mid-thirties. By coincidence or fate, she is sent as a temporary substitute science teacher at an elementary school.

It’s there where she, who thought she was too cold-hearted to be a real mother, meets an eight-year-old girl who begins to melt her heart. Played by Heo Yool, this girl’s parents have abandoned her, and now she’s all alone in the world without protection. These two scarred souls form a mother-daughter bond, and help each other heal and live past the emotional pain from their broken familial relationships.

In the first teaser, after having made the decision to keep the eight-year-old girl as her daughter, Lee Bo-young has taken her to the beach. The gentle desperation in her voice is palpable as Lee Bo-young says to her, “I’m going to take you away where no one knows, to a place thousands of kilometers away. Can you do it?”

I’ve heard that the last time Lee Bo-young played a mother in God’s Gift–14 Days, her performance was riveting (even if the writing veered off in the end), so I have high hopes. Although not shown in the teaser, supporting castmates Lee Hye-young (Can You Hear My Heart, Boys Over Flowers) and Go Sung-hee (While You Were Sleeping) will be acting alongside Lee Bo-young in prominent roles.

At the helm of Mother, we have PD Kim Chul-kyu, who also created beautifully directed Chicago Typewriter and On the Way to the Airport. And the writer Jung Seo-kyung did a fantastic job exploring the extremes of human morality in The Handmaiden. So all in all, the production team looks to be in good hands.

Wednesday-Thursday drama Mother will air on tvN starting January of next year, after the end of Smart Prison Living. 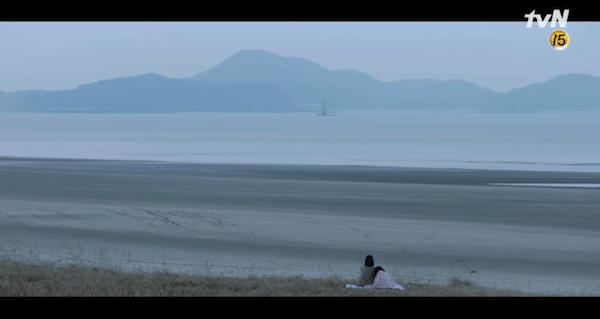 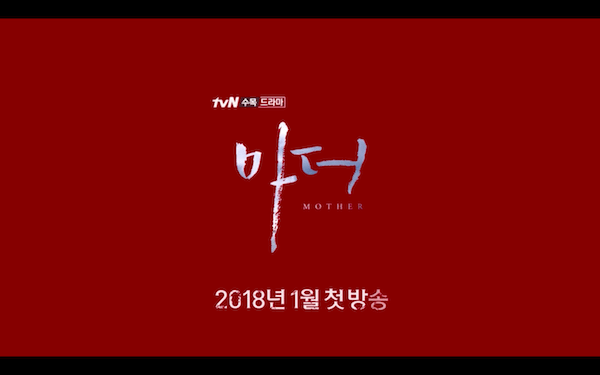 Mother is one of my favourite j-dramas, to the extent that I am not interested in a remake. But, I might check it out...Lee Bo-Young was really great in God's Gift.

I love the excellent j-drama version, and I'm looking forward to seeing this one two.

I hope I won't spend time comparing the two and I hope the threads won't be filled with comparisons and complaints about the changes.

In those still LBY look way better adapted to humanity than Noa was.

Have they cast the daughter as yet? Mana Ashida was amazing in that drama.

I am currently watching the Turkish version of this drama, so the level of interest is very low for me.
This drama plays on melo level, and I just can't feel for the heroine instead judge her choices.

Is the Turkish version's name "Anne"?! the one with "Cancu Dere"?! is that the same drama?

Yes, that's the one. But at least the turkish one has a HEA...

Oh, so it's the same drama, I didn't watch all the episodes, but whenever I watched it I thought the plot is such a nonsense! Is that version so different with the original version? cause all I see here is praise! I don't want to be mean, I'm just confused!

In the original Japanese version, they have all things that could've been melo but they managed to play it out in a non-makjang way. After all, there's only 11 episodes to cover everything after all. While the teacher in the original was very reluctant to get close with the young student, it's the girl who first seeks her out and tugs at the teacher's heart with her innocence. In this version, seems like the only issue that the girl has is abandonment. While in the original version, it's (almost) everything.

I have heard fantastic things about the jdrama (although I haven't watched it yet myself) so I am very excited for this! I think mother-daughter relationships are something that K-dramas really excel at portraying, so this seems like a really interesting twist on such a relationship. While tvN has produced some duds this year, overall most of their shows are still so high quality and tend to be my favorites. That paired with the director/writer and Lee Bo-young means my expectations are pretty high. I definitely think I'll be tuning in.

I am really looking forward to this. 🤗

This story line reminds of the bollywood film with vidya Balan as the mother who ran away with the girl.....I can't remember the name of the film though...

It's Kahaani 2.
Kahaani 1 is outstanding, the second one is good

yep thats the name of the film....tnx

I was thinking the same thing! I wonder if a Bollywood movie again copied a work without crediting the original source.

PSA to everyone - watch the original if you haven't already! You'll cry.

Anyway, I am so excited for this. It looks moody and perfect.

Okay this is a reply for Safeenah LOL

That isn't how you do spoiler.

I like her since "I hear your voice". And I think this premise will make me cry and cry in a good way, because I always wanted to be adopted by loving parents (don't ask about how the reality was)...
This is a drama I have to watch!!

The original Mother covered a wide array of topics, abuse, kidnapping, adoption, abortion, pregnancy, abandonment, birth secret and murder. Whew, that is a lot , the author wove all the elements in a non-makjang sort of way. I hope the adaptation can do the same.

Yeah the original felt realistic. The characters were easily relatable.

I am so looking forward to this.

The Japanese version devastated me. I love it so much yet I don't have the emotional strength to watch again.

Lee Bo-young is a fantastic actor.

I am pretty sure that this will rip my heart to shred.

Okay, I was interested enough in this when I only knew the plot and that LBY was going to be in it, but with this PD/writer combo I am definitely on the edge of my seat waiting.

I hope it lives up to its potential and does not disappoint!

I hope the kid will make a good performance.
Ashida Mana was the biggest revelation of Mother.

The Japanese dorama is superb, I just hope this is too. Must go watch soon.