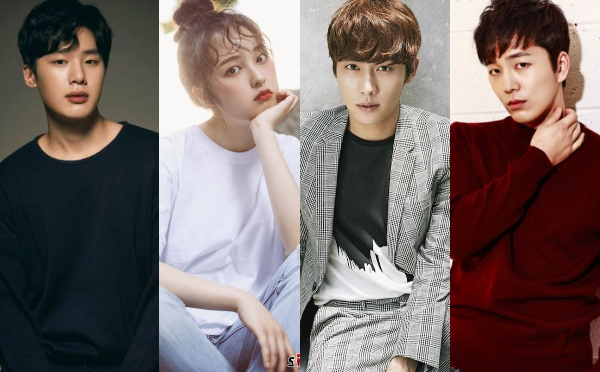 Daaaangg, I am obsessed with this lineup of actors! But there’s a whole bunch of them, so hold onto your hats because this post is going to be a doozy. The latest casting confirmations for upcoming JTBC drama SKY Castle (originally titled Princess Maker) include Kwon Hwa-woon (Switch) and Kim Bora (Buam-dong Revenge Club) who will respectively be playing a gentle doctor and a model student.

The drama takes its name from the fancy skyscraper the characters live in; where the top 0.1% live. (The name of the drama is also likely a wink to Korea’s top three universities, which are referred to as the SKY universities.) There, husbands are treated as kings, and children are raised like princes and princesses. This satirical comedy drama will depict the sorrows and jealousies of the ambitious rich housewives, who were once also top university graduates.

On the other hand, Kim Bo-ra’s character has a quiet demeanor with which she hides her troubled background. Although she is at the top of her high school class, she is limited by her dirt poor background. Despite her family’s financial struggles, she has a strong competitive drive and thirst to succeed.

Rookie actor Kim Dong-hee (A-teen) has signed on to play Kim Bo-ra’s fellow classmate. He is a handsome and obedient son who gives up his own dreams in order to fulfill his father’s wishes. His parents will be played by Yoon Se-ah (Woohoo Waikiki, Tale of a Good Witch) and Kim Byung-chul (Mr. Sunshine). 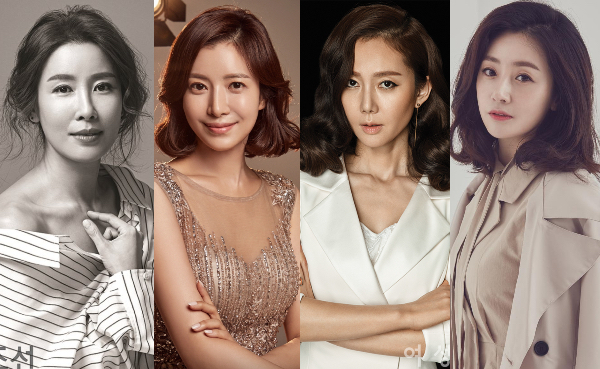 Yay! Now we get to the veteran actors and actresses. Yoon Se-ah plays a full-time housewife who has a PhD degree and her own hidden ambitions—as well as an explosive secret. In order to protect her family, she ends up making a last resort decision.

Her husband will be played by Kim Byung-cheol, whose character is a law school professor with a crazy competitive streak that pushed him to put everything into studying. He seems to be all about justice, righteousness, and happiness, but he’s actually extremely selfish. Thanks to a deeply rooted complex regarding birthright, he wishes to create a Korean version of the Kennedy dynasty with his two sons.

Yeom Jung-ah (Mirror of the Witch) leads the group of moms at SKY Castle who have nicknamed themselves SKY Queens. She’s the perfect housewife and the envy of most of the Queens. She has two daughters with her husband, Jung Jun-ho, and seems to have everything going for her, but she is hiding a big secret.

One of the few to notice her secret is Lee Tae-ran’s (Make a Woman Cry, King’s Family) character. SKY Castle is actress Lee Tae-ran’s first comeback project after a three year hiatus, and she will be playing a children’s book author who is deeply considerate towards others. Despite her caring nature, she becomes public enemy number one to her fellow SKY Queens on Yeom Jung-ah’s orders. Eventually, due to her smart son, she becomes included in the SKY Queen community again. Her husband will be played by Choi Won-young (Fox Bride Star).

The last SKY Queen to be introduced is Oh Na-ra (My Ajusshi), whose character is described as a lovely, passionate shopaholic. She was born with a silver spoon, as her father was a real estate magnate, and she’s lived a relatively sheltered life. In SKY Castle, she holds Yeom Jung-ah as her role model and copies her every move. Jo Jae-yoon, whose character is Jung Jun-ho’s colleague at the medical university, will be playing her husband. 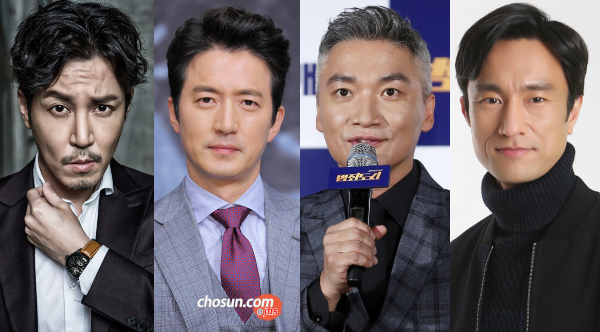 Alright, moving onto the SKY Kings… After having been a top student all his life and graduating first place at the best university, Jung Jun-ho’s character is the definition of conceit and arrogance. He always thinks he is right in any circumstance. He believes that he’ll become the next hospital director, but with the appearance of Choi Won-young’s character, the path to his ambitions become thorny and unclear.

Choi Won-young is the neurosurgery professor who has just arrived to town, scouted personally by the current director of Jung Jun-ho’s hospital. He values life over money, and has his own bootstraps story. He grew up poor, but received scholarships to go to his local medical school. Despite the barrier of nepotistic top-university alumni networks, he managed to earn the coveted position of professor at this prestigious hospital.

Caught in between these two powerful peers, Jo Jae-yoon plays an orthopedic surgery professor who was a great student in his own right, but pales in comparison to these two. His parents had him later on in life, so he was spoiled and praised as a son who studied well. Now, he’s the type of man who is very practical about avoiding situations that could result in negative consequences, and joining in on situations that could garner him reward.

Taking care of our SKY Princes and Princesses, Kim Seo-hyung (The Great Seducer) plays a mysterious college admissions consultant who will only take clients after they submit to her rigorous interview. She’s an enigma who will only have work-related discussions with people, but she always gets results. She’s known by only a select few, and employed by only the best of the best.

Then there’s Lee Hyun-jin (Whisper), whom I’ve been a fan of since Heartstrings. He’s supposed to play Kim Seo-hyung’s right-hand man, an elite secretary who can stay unfazed in any situation and perform his duties perfectly. He seems absolutely loyal on the outside, but he’s secretly waiting for the day he can usurp his mentor to become the most wanted admissions consultant.

More and more, this is sounding like a crossover between Boys Over Flowers and Borg Mom without the sci-fi bit, and I’m intrigued. Friday-Saturday drama SKY Castle will premiere in November on JTBC, after The Third Charm finishes its run.

Everything seems so boggled up and confusing but I will definitely check it out...with all the veteran actors in it...it will be worth it..

Is this considered a drama that's on the weekend or a "weekend drama" (with all the melo and, dare I say, makjang)? I can't necessarily tell from the description *giggles*.

If they are going makjang then they have the best female veterans for it.
Go jTBC <3.

*gets Heard It Through the Grapevine flashbacks from the emphasis on elite academics* Yes, I'm in.

The veterans lineup! No synopsis necessary. Sign me up!

I somewhat skimmed this, but I saw Choi Won-young's name, which means by the laws of the universe I must try it.

I let out an unholy shriek at the sight of Choi Won-young's name as well. Although, they had me from the moment I saw Yoon Se-ah at the top. It's been a while since I've seen her in anything. Let's just hope this show gets subbed.

Is Choi Won Young the actor from IRY? If he is, then..whoa! He looks so different!