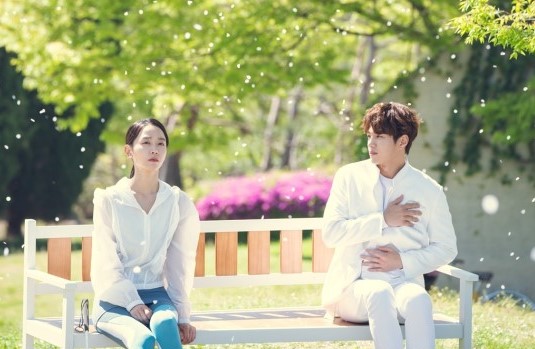 The story sets off with L playing the role of a mischievous angel named Dan, who’s tasked with playing cupid in order to return to his home in the heavens. But, as with most things in life, it’s easier said than done as his cupid’s arrows are needed for Shin Hye-sun’s character: Lee Yeon-seo. Although Shin’s character is an accomplished ballerina, her life has been a challenging one. Her experiences have led her to become guarded and cold, and love is not something she believes exists.

The first set of photos are various shots of L, taken while he was on set. The second set of stills come from the drama’s first episode, and the setting and color palette reflect a warm and bright spring day. The photos give a glimpse of L and Shin Hye-sun meeting for the first time in what appears to be a park. L looks taken aback by something and it’s unclear if Shin Hye-sun is aware of L’s presence since she has a guide dog and a cane.

Sadly, there are no stills yet of Lee Dong-gun (Fox Bride Star) who will be costarring in the show.

KBS’ upcoming Wednesday-Thursday drama Angel’s Last Mission: Love will be premiering later this month on May 22. 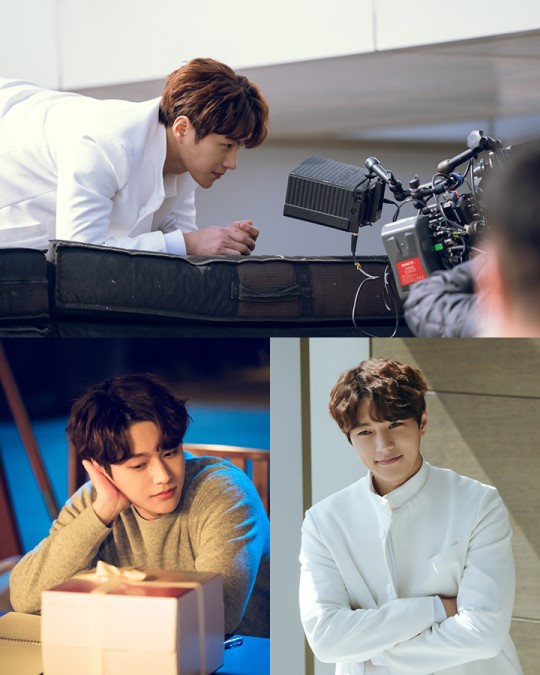 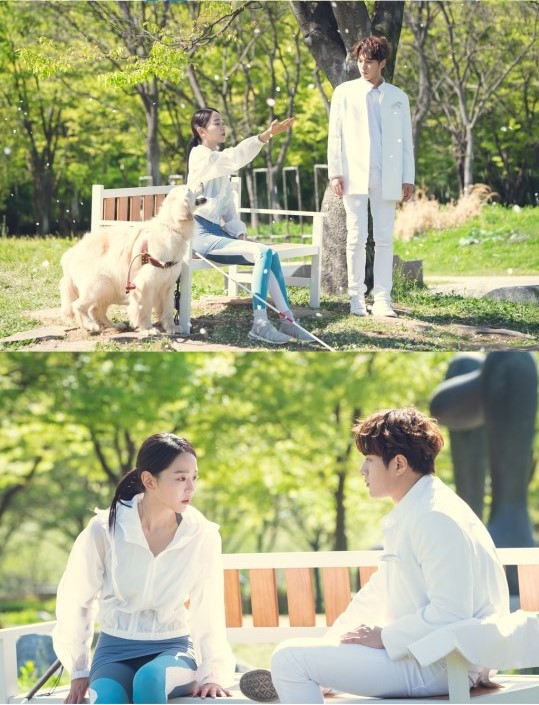 Okay only 2 more weeks, we can try to wait till then. I am really looking forward to this show!!!

I will definitely be watching this show. Shin Hye-sun is one of my favorite actresses and this show just seems like it was tailor made for her.

The angel angle has me curious. 🤔 Might see how the first couple of episodes go.

HE IS BACK! And looking fine angelic, may I add?

I've always found L to be so much more endearing than his acting talent warranted - I know he's not great but I still love watching him! However, he did show marked improvement in Miss H, and I am hopeful that he will be decent here *fingers crossed.*

If he hasn't improved even more since Miss H, the difference between him and Shin Hye-sun - who is amazing - will be too marked to ignore. Hopefully it's also a character that's written in a way that plays to his strengths.

Cause Noona really does like to you on her screen. :D