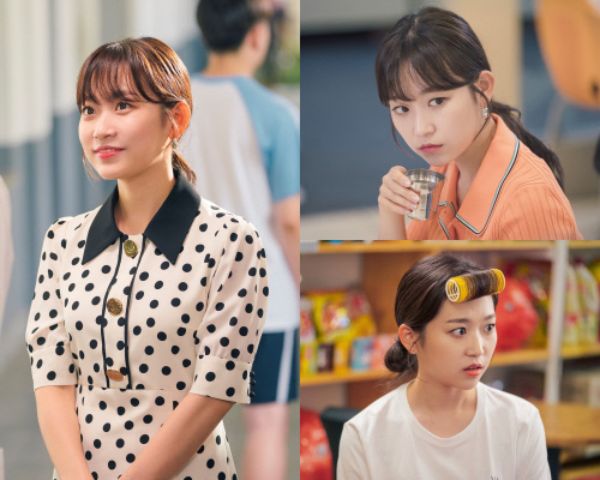 Yay, I’m so excited for Kim Seul-gi’s (Lookout) drama comeback, and these stills just remind me how much I’ve missed her. She and Goo-won (Enemies from the Past, Discovery of Love) have joined Oh Yeon-seo (Hwayugi) and Ahn Jae-hyun (Beauty Inside) in MBC’s People With Flaws.

The character Kim Seul-gi will play is a Korean grammar teacher, who is Oh Yeon-seo’s best friend. She uses 70% of her salary on things that “maintain her dignity,” essentially luxury item goods and services that keep her satisfied. She believes that wanting a “good-looking partner with money” is a natural instinct.

For People With Flaws, Goo-won will play the gentle health teacher, who is also the cousin of Ahn Jae-hyun’s character. Although on the outside, he looks as though he’s naive and obedient, on the inside, he has an emotional scar that is well-hidden. He will be playing a man with a one-sided crush on Oh Yeon Seo, and so he will be the third leg to the love triangle with her and Ahn Jae-hyun. 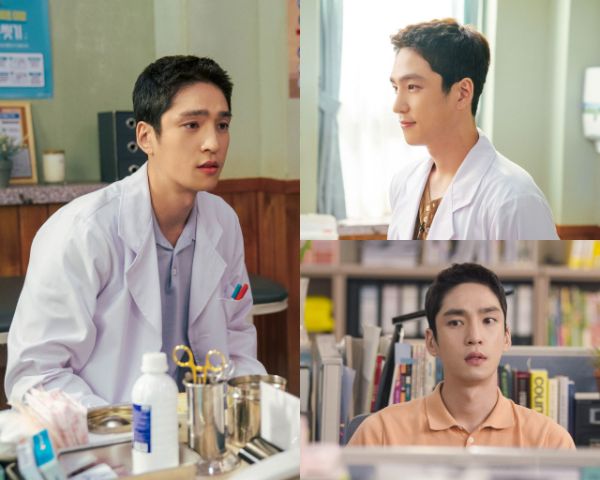 Why is she so often the second lead? She should be starring.

True that !! This girl deserves a main role !

I ask this every time she has a comeback!

I say the health teach should ditch the phys ed. teach and go for the grammer sem instead....;)

I would bet the writer has that twist planned for about ep. 8. Part of her character growth to fall for someone who has no money.

That would be fun

My beloved Kim Seul-Gi is BACK!!!
She's so talented and CUTE. Seeing her mini-drama, namely Splish Splash love and Queen of the Ring, she definitely has what it takes to be the female lead. Waiting for that day to come.

she may not have the lead role but as Bejabbers aka Dame Judi
wrote: Kim Seul-gi is such a class act who pretty well steals every drama she's in.

True. She adds spice to the drama to make it better! Just like how Heo Jung Min makes the serious drama stuff feel light yet with a subtle punch.

Anyone know where this might be streaming in the US once it airs?

Kim Seul-gi is such a class act who pretty well steals every drama she's in. I'll watch almost watch anything for her.

Today's typing is dedicated to a long week and a busy day at work.

Accurate. She won a best supporting actress award from DramaFever and recorded a personal thank you video IN ENGLISH for the fans.

It has been a year but I still miss DramaFever.

i literally...give us anything with her again as lead lmao ill take another drama special. i put myself thru hell to skip around in all her dramas ive watched one of her mbc dramas with no subs like SEULGI FANS WILL DO ANYTHING and we go thru a lot

I really like Kim Seulgi, she is always memorable for me

Kim Seul-gi looks amazing in these photos! I have never been so excited for a dramaland return!!

Kim Seul-gi is about to steal another drama (again). So excited to see her again in Dramaland! #WatchingThisShowForSeulGi

This sounds like a good show. I like the idea of a flawed second lead. It makes for a more believable outcome when the female lead chooses the male lead. In FATED TO LOVE YOU when the female lead turns down the second male lead's proposal the only reaction one can possibly have is ARE YOU INSANE? It is disconcerting- it looks like we will not have to worry about that here.

This show has a good premise- I hope the writers are equal to it. GANGNAM BEAUTY was far better- and in the end about far more- than was expected. I am not asking for something that good but I do hope that the writing is as good as the actors who will be taking part in this show.

this show sounds exhausting in a way that i know i'll hate. but i will watch her cuts once it airs. she always knocks it out of the park with chemistry (though they should KISS like NORMAL HUMANS) she looks so good, love the haircut and her in the second pic. so lively and fun *_*

I really want to watch this but I just don't like OYS. I gritted my way through Hwayugi but Idk if I can do that with this. I do Like KSG and AJH so I'm going to try, as long as it is on a legal site. I'm not going out of my way to watch it.