A competent detective catches criminals by any means, but is unpopular in the police force. He teams up with a PD whose investigative reality show has tanked, but who remains committed to solving cases the police could not. Together the two give their all to solve these cold cases.

A competent detective catches criminals by any means, but is unpopular in the police force. He teams up with a PD whose investigative reality show has tanked, but who remains committed to solving cases the police could not. Together the two give their all to solve these cold cases. 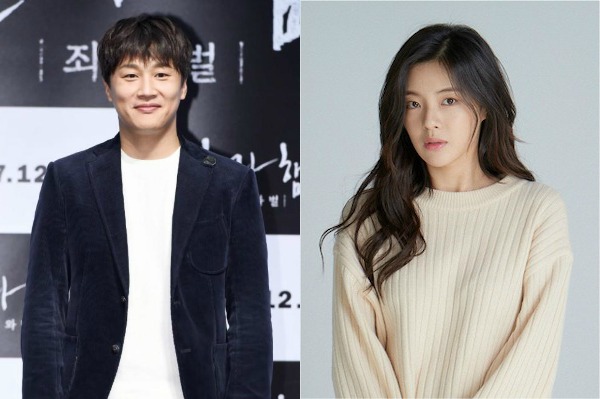 Woot woot! A new OCN crime drama called Further Investigation is on the horizon. Featuring Cha Tae-hyun (Matrimonial Chaos) and Lee Sun-bin (The Great Show), this drama is about a group of outsiders who come together to solve cold cases.

Cha Tae-hyun plays the “outsider” detective who never gives up on a case, and is willing to use whatever method is necessary to track down a criminal. Despite his lack of a police academy background, his arrest rates are unmatched by any other detective. Lee Sun-bin plays a passionate and righteous PD, who produces a television show that catches criminals who continue to elude the police. Her goal is to reach at least 5% in the ratings, and she doesn’t care how dangerous the stakeout is–as long as she can get to the truth and get her ratings. The two become partners rather unexpectedly after making a terrible first impression on each other.

Further Investigation is the third production by Dramatic Cinema, a project under OCN with the goal of creating “cinematographic” dramas that have the production quality of films (The first two were Trap and Hell is Other People). Written by Lee Yoo-jin (The Missing M) and Jung Yoon-seon, and directed by Kang Hyo-jin (Miss Wife), this 12-episode drama will start airing in early 2020.

12 episodes -- good for you, drama. It gives me more confidence to see that you realize your story is not going to need 16 eps.

But yikes, Trap and Hell is Other People were both very creepy. The concept for this drama doesn't sound as edgy, but their history makes me wonder what exactly cinematographic means to them.

is HIOP as creepy as trap? Because i hesitated so much to watch it since i heard that this drama is very disurbing. But if it has the same amount of creep as trap, Then i can handle to watch it.

Trap only has a 7 episode run and felt rather rushed towards the end. I still feel some kind of way about that.

its funny how sunbin is always working with Kwang Soo's close friends.

The two become partners rather unexpectedly after making a terrible first impression on each other.

No, in kdramaland that is NOT unexpected after a terrible first impression :)

LOL, exactly, it made me think of suspicious partner, although many other fell into this cliche of the wrong impression.

Good to see Cha Tae-hyun back to work!

I am so happy Cha Tae-hyun is back.

yay, Lee Sun Bin! I love how she always tries to pick interesting roles, her careers been really diverse in regards to her characters- I'm so glad she's managed to avoid being typecast.

Yes, I welcome 12 episodes! I don't seem to have the stamina for 16-episode series anymore...