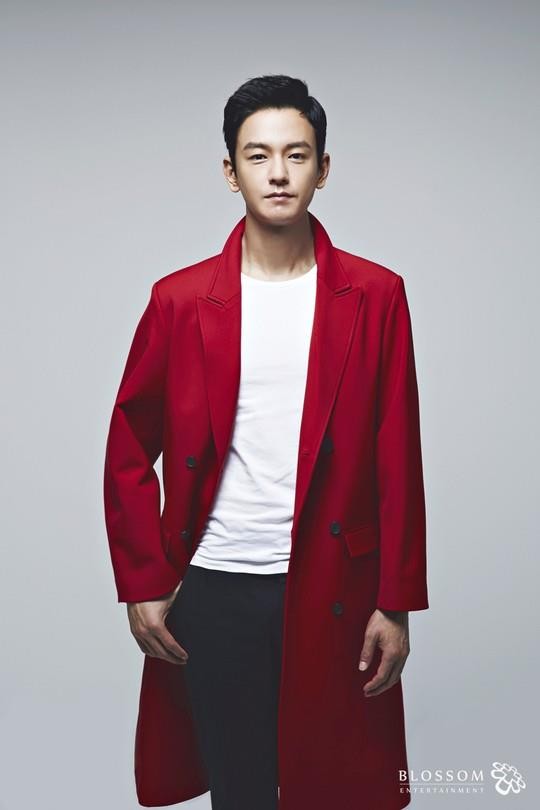 A new drama is being planned on MBC called The Spy Who Loved Me and casting has been confirmed for actor Im Joo-hwan (The Game: Towards Zero). According to previous reports, Eric (Unique! Chef Moon) and Yoo Inna (Reach of Sincerity) are currently being courted as well.

The story is a spy melodrama about a woman who finds herself in a confusing situation involving both her current husband as well as her ex-husband. All three are hiding secrets that complicate their relationships with one another and she tries to uncover who is actually on her side.

There is not much yet known about Im Joo-hwan’s role (presumably he will be playing one of the husbands). The character is described as someone who has contrasting personalities, running both hot and cold. Although there are times when he is perfectly gentle and warm, there are also times he is distant and cool.

Although Im Joo-hwan will most likely (again!) be playing second lead, he is great at playing complex characters. And I can’t complain about seeing him in another project potentially this year. Here’s hoping it’s a good one!

Writing for the drama is screenwriter Lee Ji-min (The Man Standing Next, Illang: The Wolf Brigade, The Drug King) and directing will be done PD Lee Jae-jin (The Banker, Woman With a Suitcase).

MBC drama The Spy Who Loved Me is currently being planned to start production towards the end of 2020.

This is his EIGHTH show in a row, yes 8th, as the second male lead in a prime-time drama. I honestly don't think any other actor of his acting caliber (or better) has been snubbed that much in the industry. And then we see some people getting lead roles in spite of not so great acting skills (cough cough some of his previous costars), lack of experience (cough cough a drama that ended a few months ago) or reputation issues (cough coughongoing drama). It's really so freaking upsetting!

It is indeed upsetting seeing him constantly regarded as second lead when he is such an amazing actor...And why MBC again!!!

@radily I would upvote this a hundred times if I could!

Im simply isn't leading man material, especially a romantic lead in a rom com. Character actors can get regular work til they're 90. Pretty boy romantic leads have a short shelf life, there's always someone younger and prettier coming up to replace them.

Honestly most actors should look for longevity in the end. There's always going to be someone younger or hotter than you are, but those are also a dime a dozen too. As you said, sometimes some people aren't leading material. Longevity should be the goal and not popularity for an actor long term.

My goodness please give this man a leading role!

You know those actors who just play the field because often supporting roles are more interesting?

Yeah, that's not the case here.

I hate Im Joo-hwan playing the second lead (again!), I mean.... isn't he handsome enough in the Korean eyes???
I find him totally gorgeous! Also, he is really a very very very good actor!!!!
Ohhh, I am upset!

But on the other hand, he had to make a living. He needs to work.... I should be happy for him to be on the screen....

My exact thoughts... but it is so unfair!

Yes, totally. Also because writers seem to give second leads always the same lines... And most of these actors are capable of giving more. What's up with second leads anyway and all these love triangles??? I have never known of a love triangle in real life in my whole life, nor have I been in one...
And if it ever happened, I didn't even noticed because stupid second leads (all of them, for I never had a boyfriend) never confessed to me!!!! LOL!!!!
There was a time in college I felt two guys were kind of interested in me, now that I think about it, one of them told me (I thought the whole time before that he was gay), but at the time I had a crush in Another one in the German library outside the university and no one ever knew.
Real life!

Well, it happens, it happens.
I've been second lead a couple of times.
Very frustrating, I have to say.

@javinne I know, right? He's handsome and talented! I honestly cannot understand why he doesn't get many lead roles.

No, he's more creepy than handsome.

As much as I love Eric... C’mon! Give this man a leading role! He deserves it!

This is so unfair... Drama Gods... do you ever listen?

Also, no offense, but Im Joo-hwan is way more handsome than Eric, although I know, it depends on the taste. Many will think he is too pale or thin... I like this style better, so...

I was really impressed by his acting as lead in Ugly Alert. But then the roles he took after that were mostly underwhelming... I hope he can receive proper attention by being cast in some good written works....

And I can't help thinking what an awesome OTP would Yoo In Na and him do!! 😭 😭 😭

Yoo In-na sounds like the lead, the character whose eye we see the drama through. It would have been difficult to give him that part.

Im Joo Hwan.....I really hope you get a 1st male lead role soon. But you know....you can also steal the drama from the male lead. It can happen since you're a great actor.

Also this...'The character is described as someone who has contrasting personalities, running both hot and cold. Although there are times when he is perfectly gentle and warm, there are also times he is distant and cool.' ---> sounds like a certain character in TLE. Lol 🤭

Ooooh this guy caught my eye IMMEDIATELY. Honestly I love him, Eric and Yoo Inna separately but I don't know if I can see her having chemistry with either of them to be honest o_O;; Hoping they can prove me wrong!

Someone please give this man a leading role already. He more than deserves it. I''m really hating his agency for not getting him enough roles

I'm curious why he didn't have first lead anymore. It's not like he never had.

Kim Jae-Wook said after Coffee Prince, he got offers for lead roles but he wasn't feeling ready to do it. So he refused and after he never got them anymore...

I understand why rookies don't say no even if they are not sure to be ready because you never know when you get another chance.

Looks like production put actors in little cases and you need someone with imagination to get you out and let you try something new.

I think his last 1st lead role was in What's Up? But it had trouble finding a slot and ended on MBN. It was a good drama, though I personally think somehow the side characters especially Jo Jung Suk a supporting character (in his first ever drama role) managed to outshine the main lead character 😅.

In the same time, his character knew nothing about music and ended up in the musical comedy department in college... Kim Ji Won had a good chemistry with Lee Soo Hyuk too.

Jo Jung Suk was so great in this drama! He's a good singer. His character was funny too.

I've been watching him since Tamra, can't believe he's still second lead after all this time.

Tamna remains one of my favorite dramas. I own the director's cut version (21 episodes).

I will follow Park Gyu to the ends of the earth. That's all.

"Although Im Joo-hwan will most likely (again!) be playing second lead, he is great at playing complex characters. "

I am happy that he is getting another project because he is incredibly talented. However, he should be the lead! This man is too talented to not get a leading role in a drama!

In Im Ju Hwan's last drama, "The Game Towards Zero" he was one of the three leads, just not the romantic lead. His character was the emotional and driving force of the show.
It seems like he chooses dramas based on the complexity of the character he is to play. Rarely can any of his roles be solely classified as "good guy" or "bad guy".

I haven't seen any of Im Joo-hwan's dramas so far, and I do feel for everyone who's sorry to see him heading for another supporting role... I have a few favorite actors suffering the same plight, and it sucks.

That said, my reaction to the rest of the casting news is:

OMG, Eric and Yoo Inna - that would be wonderful! I love both of them, and I can imagine them having great chemistry.

And on a purely superficial note, imagine the pretty. :-)

I would love to see him in a lead role.

I mean, he’s probably not the lead for this right? Let’s hope it’ll be a meaty role and we can enjoy his acting 🤞🏼

He is such a talented actor. Random comment: whenever I see him I feel likeI'm looking at a Korean Neil Patrick Harris.

I liked him from Ugly Alert with kong so ra (where is she now???). Hope he gets better roles.

Love to see Lim ju Hwan new drama. He is my favourite actor. Fighting Lim Ju Hwan!! Do the best.