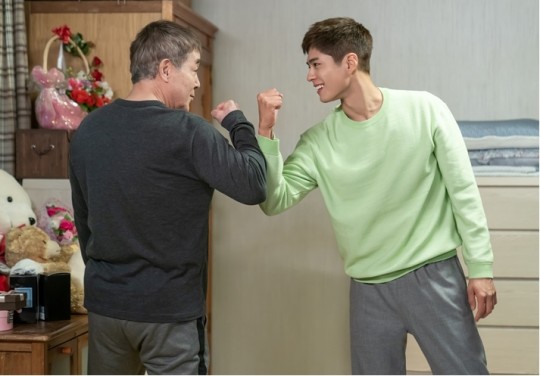 More promotional stills have been released for tvN drama Record of Youth, featuring new stills of Park Bo-gum (Boyfriend) along with the supporting cast members who play his family and friends.

The drama stars Park Bo-gum along with Park So-dam (Parasite) and Byun Woo-seok (Flower Crew: Joseon Marriage Agency) in a coming-of-age story about chasing your dreams and learning to grow as you carve your own path through all the odds and obstacles.

Within this story, Park Bo-gum plays a model named Sa Hye-joon who aspires to become a great actor. Shin Dong-mi (The Good Detective) plays his manager, Lee Min-jae. Passionate and enthusiastic, she puts her whole heart and soul into supporting Park Bo-gum’s career and is determined to make him into a star. In the newly released stills, we see the two working closely together and Shin Dong-mi has a cute fangirl/proud mama duck moment as she watches Park Bo-gum participate in a shoot.

We also get a look at Park’s family which includes stoic Dad Park Soo-young (Soul Repairer). Although he cares and worries about his family, he has a hard time expressing his feelings and often ends up nagging them.

Thankfully, Mom Ha Hee-ra (Lady Cha Dal-rae’s Lover) is much more encouraging and showers her family with sunny optimism and warmth. Older brother Lee Jae-won (VIP) is a goody-two-shoes and model student character. But he is also self-centered and has a bickering relationship with his younger brother.

But Park Bo-gum finds support from Grandpa Han Jin-hee (No Second Chances) who dotes on his younger grandson. Finding common ground and relatability in Park more than any other family member, he attributes Park’s talent and charms to be inherited from himself.

Written by Ha Myung-hee (Temperature of Love) and directed by PD Ahn Gil-ho (Watcher, Forest of Secrets), tvN’s upcoming Monday-Tuesday drama Record of Youth will be premiering next week on September 7. 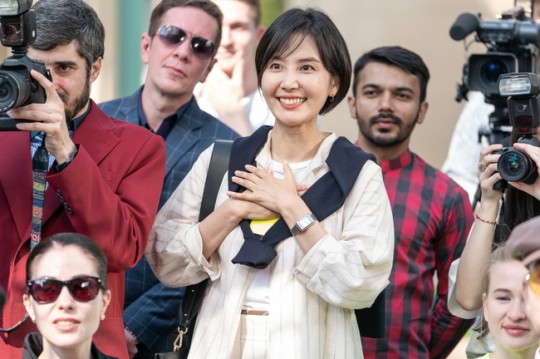 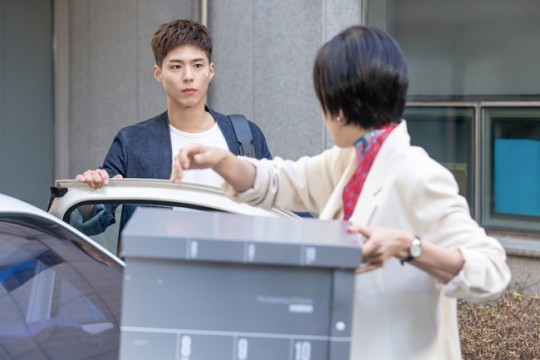 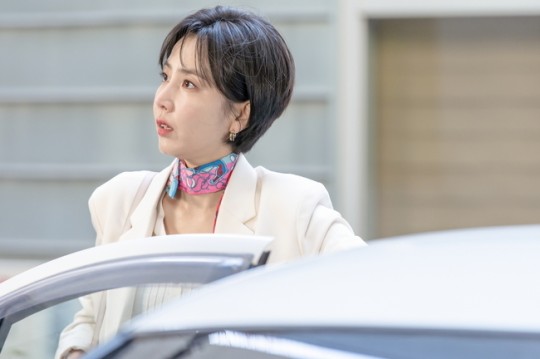 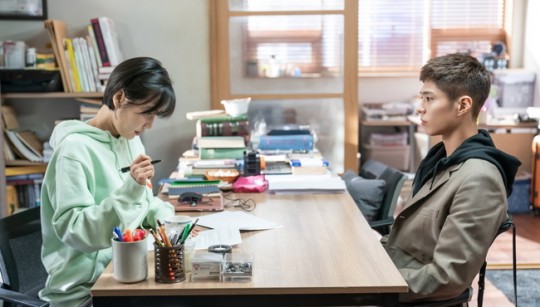 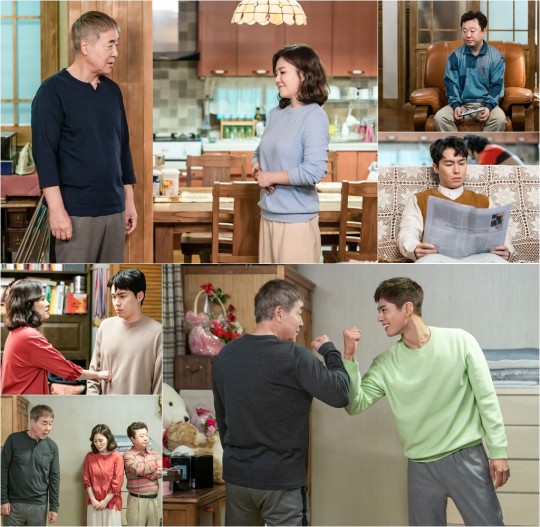 Cute, I hope this is good.

This looks so, so cute!! I'm so excited haha

I'm so excited for this drama!! I've loved the video teasers, and these stills are cute... but the family home ones are giving me an 80's sitcom "Who's the Boss" type feeling.

This one is on NETFLIX so I will give it a try.

How is the director of FOS here and not on FOS2? Did he commit to this prior? I really liked the writing initially of TOL and the banter, so hopefully this will also have some good chemistry and witty banter as well. And, um PBG, how could I not?!?

Being that I'm wrapping up Moonlight Drawn By Clouds, which is the first drama I've ever seen Park Bo Gum in (to my recent memory), I'm excited about this. His performance in MDBC is blowing me away. But more importantly, that jawline. It's a thing of beauty. Bless.

he was so beautiful in that one ❤️ those EYES!

I was so taken that I immediately googled what other projects he was in, just so I can keep watching him!

I actually saw him in person once because they invited him to be the mc for a Music Bank live special in my country. He’s so cute! 😍

Wow, look at you having lived your best life! Love that for you ❤️

I'm really excited to see Bogum back on the small screen, and with Park Sodam no less 😍 I didn't watch Encounter, so it's been a looong 4 years since I last watched him (Hyori's Homestay aside).

Oh he's on Hyori's show too, excuse me while I also bookmark that. Just saw that he recently entered his mandatory military service. What a time for me to discover him.

Yeah, he appeared in a number of episodes in season 2! He was so lovely. Hopefully the two years will fly by and then he’ll come back and wow us again!!