D.O. to make his post-army comeback with Sol Kyung-gu in new sci-fi film 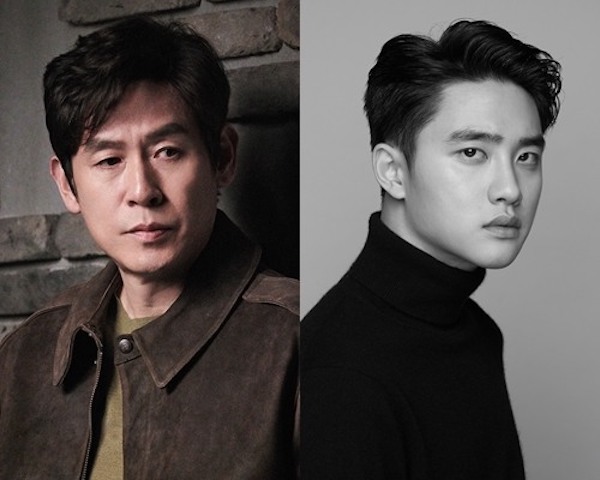 D.O. (Along With the Gods, 100 Days My Prince) in currently still finishing out his compulsory military service, but he’s already announced his post-military comeback project. He’ll be reuniting with Director Kim Yong-hwa (Along With the Gods) and starring alongside Sol Kyung-gu (Memoir of a Murderer) in a new sci-fi film The Moon.

For the film, Sol Kyung-gu plays the man who finds D.O., who has been stranded alone in the universe by accident. After discovering D.O., Sol’s character tries to save him.

D.O. is scheduled to be discharged from the army in January 2021, and filming for The Moon will begin early next year.

I hope they'll jump right into Along With the Gods 3 after this. I love that series and really want the 3rd installment!

so happy for kyungsoo..i can't wait for Along with the Gods 3 the director said he already confirmed with kyungsoo to produce it in 2021 too

Sci-fi in Korea doesn't do as hot (Interstellar/other H-wood properties excluded). The new Song Joong Ki film got pushed on Netflix due to Covid-19.
I hope this is a good sci-fi film, but man is it just me or Korea can't fully execute sci-fi properly in their films/shows?

Can anyone care to explain why that might be the case?

stranded as in floating in a spacesuit? or Moon? How did he get there and what does he eat