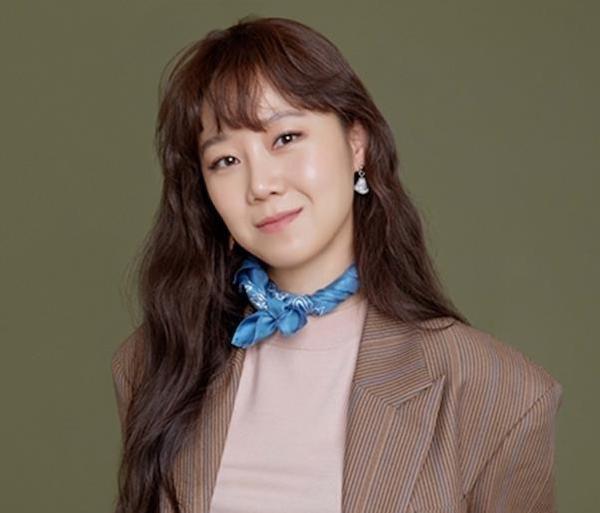 It’s been reported that Gong Hyo-ji (When the Camellia Blooms) has been positively considering the lead role in a new original series from Netflix called Queen of the Scene. If she signs on, she’ll play a successful makjang drama screenwriter named Kim Ma-ri.

Kim Ma-ri is the queen of makjangs. Her sensationalistic premises, super-speedy plotlines, universally hated villains, and extravagant revenge arcs have all of Korea sitting at the edge of their seats. Her dramas are known as the “MSG for eyes,” with each one hitting astronomical viewer ratings of 35% or more. Therefore, if her name is attached to a project, it’s automatically guaranteed a broadcasting slot.

Queen of the Scene takes all the ingredients of an addictive makjang and twists the cliches. So there’s going to be a frustratingly sweet Candy heroine, a second generation chaebol heir who only has eyes for her, a critical birth secret or two, cheek-slapping water splashes, and more.

Directed by Lee Won-seok (The Royal Tailor, How to Use Guys with Secret Tips) and written by Kim Soo-ah (My P.S. Partner), Queen of the Scene will be released on Netflix, but no premiere date has been confirmed.

I hope I like this one because I do like Gong Hyo Jin, but I've only been able to finish maybe 2 of her dramas.

Hehe, given my last few posts this will sound hilarious but I will watch anything she is in, but as much as I love her work, 16 hours-plus of meta may tax my fortitude.

Lmao. I'll try anything, but I usually don't finish.

Doesn't it seem a little stupid that a show like this will be released by Netflix? They already butcher every show's dialogue, imagine how confused the international audiences will be when the subtitles try and explain makjang without using the word makjang.

I appreciate your totally valid point but does any streaming service offering kdramas do translations well? Whether Viki, Kocowa Netflix, ODK etc, for those of us with even a passing familiarity with Korean, the errors are a source of amusement or annoyance. Unless we want to wait a month or more after each original broadcast, translations are going to be mixed proposition at best.

A number of my in-laws work in literary publishing and for them, finding people who fluent in English and a second language AND can work quickly, is tantamount to stumbling upon a unicorn.

As for your last point, I suspect "potboiler" or "exaggerated pot boiler" would be sufficient to convey the idea.

Ugh!! I've been wanting to rant about netflix's translation for awhile now. I don't know but I find something more exciting about how viki/viu's or even (not strictly legal) fan subtitle that's actually more word by word instead of netflix's way of translating sentences or contexts 😫

Viki is better, if still imperfect but you have to wait longer for the subtitles.

If this is a back stage, behind-the-sceens broadcasting drama, why do I get Jealousy Incarnate vibes about this show?

This sounds fun! I love Gong Hyo-jin and will try anything she's in, and Netflix has been producing some really good original series.

I'm kinda allergic to the word "makjang". But I really like Gong Hyo-Jin even if I dropped Camelia...

I don't know much about the writer except that My PS Partner is a pretty good film. But if the dramas-within-a-drama here are going to be as funny as the eponymous instructional videos in Lee Won-seok's How To Use Guys With Secret Tips, then I'm soooo ready for this show.

Gong Hyo-jin! I'm always happy to see her in a drama!

Hello everyone. I'm an avid reader of your hilarious comments. Does anyone have an Idea where I can download Vertigo (Chin Woo Hee, Yoo Two)? I've searched everywhere to no avail.

Hi Àdùnní, Haven’t seen the movie but I checked and it’s available on 123 movies.
You can just search for the movie title online and I think you'll find what you’re looking for.

Thanks a lot Esther I'm grateful.

This sounds like an exciting drama to live watch. Will definitely tune in.

In other words this will be a satire/send up of Makjang. Count me in.

This kinda reminds me of Producers (with GHJ, Cha Taehyun, Kim Soohyun, and IU as leads), which was also an experimental format of drama, that started as more like a mockumentary but later changed into something more a familiar format. It wasn't a stellar/memorable of a project, imo, but I hope this one is a good one, though I'm worried about how Netflix will accurately translate makjang and its elements.

Eventhough I dont like makjang drama, but because I luv every kong hyo jin's work I ll watch it. Nomu-nomu bogoshipo Kong Hyo Jin ssi. I want to watch your new drama soon.