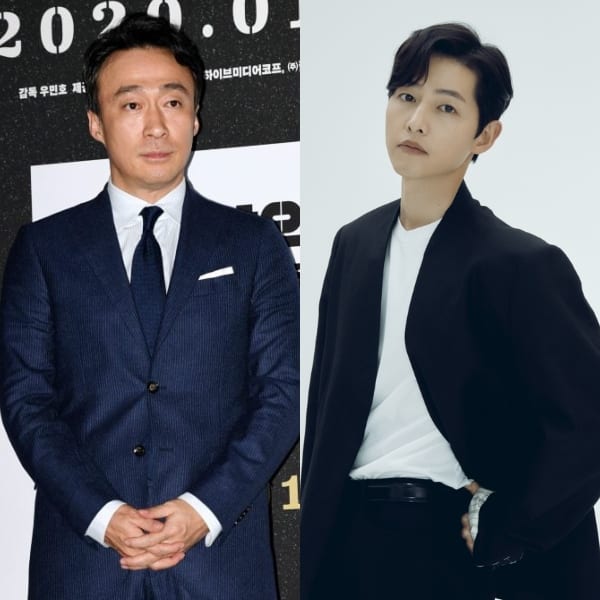 JTBC drama Youngest Son of a Chaebol Family has cast Song Joong-ki (Vincenzo) and Lee Sung-min (Money Game) as its main leads. Based on a web novel by the same name, the story is a fantasy drama about a character that somehow returns to the past and begins a new life.

Song Joong-ki’s character is originally the personal secretary of the head honcho of a chaebol family. His job mainly revolves around minimizing “owner risk,” a.k.a. cleaning up the scandals and other messes made by the chaebol family members. Despite his loyalty to the family, he’s framed for something he didn’t do, and is thrown away without an afterthought.

By some miraculous phenomenon, Song Joong-ki returns to the past — but not as himself. He’s now the chaebol family’s youngest son, Jin Do-joon. Having lived through the future, he uses his knowledge strategically to begin taking over the chaebol conglomeration.

The current head of the family and leader of the chaebol conglomeration, Jin Yang-chul, will be played by Lee Sung-min. He’s extremely competitive, and has an almost unmatchable resolve. In his endless pursuit of money and success, he can be cold-hearted and ruthless.

Written by Kim Tae-hee (Designated Survivor: 60 Days) and directed by Jung Dae-yoon (She Was Pretty), Youngest Son of a Chaebol Family will likely air in 2022 on JTBC.

I was very impressed by SJK in Vincenzo so I'll definitely check this out. Lee Sung Min is a great actor too. I'm interested in seeing who else joins the cast.

This sounds good! Lee Sung-min is great and Song Joong-ki can certainly play this kind of role.

I'm excited about this. the revenge theme and the writers. Plus SJK and LSM ! I Hope it will be a success.

I wonder if Lee Seung Min will be yelling again. ha. I will watch of course, SJK is always a must watch for me.

Looking forward to this. SJK is always great and I liked the writer's adaptation of Designated Survivor too.

This sounds like it could be makjang-y as hell. But I love both Song Joong-ki and Lee Sung-min so I’ll definitely check it out. I can totally see the premise work if it’s a little self-aware though.

This is actually sound interesting, and in Designated Survivor's writer's hand, I think we can hope for a good execution. Let's see who else will join the cast.

Oooh this could be really good if done well. I love that SJK is experimenting with his roles. With his pretty face, he has a very strong chance of being typecast as the rom-com guy. I am liking the synopsis and the writer seems to be good too, don't know about the director though. I am gonna keep an eye out for this one

He has never done a rom-com though, hasn't he?

I consider DOTS has romcom element in it.

Hi Korfan! Some of us in Discord really want you to be there with us, so they sent me as an ambassador. :) No pressure though, but if you ever are interested in joining, do let me know.

@mmmmm So sorry for the late response! Thanks! Due to schedule/time issues I can't at the moment, but if things change I will certainly let you know! Thanks again!
:)

Me too. Love Song Joong Ki.