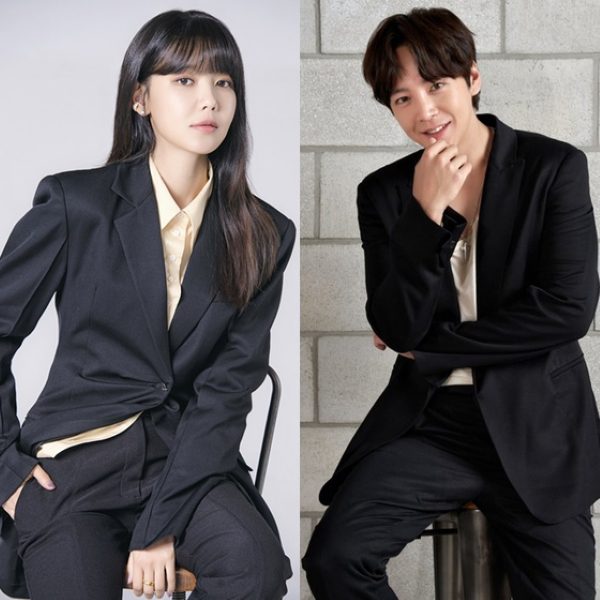 Sooyoung (Run On) and Jang Geun-seok (Switch) will be co-starring in a new web drama called Accidental Country Diary. The project will be Jang Geun-seok’s first major acting project in Korea since completing his military service. The drama tells the story of a Seoulite veterinarian who suddenly gets thrown into the microcosm of a tiny country village where he meets a local police officer.

Jang Geun-seok plays city-chic veterinarian Han Ji-yul, and Sooyoung plays policewoman Ahn Ja-young, who shows up whenever someone is in distress. She is a fearless, physically strong workhorse-type woman who has done anything and everything for work. As the story unfolds, Jang Geun-seok’s character realizes that she was his secret friend from childhood, and as adults, they begin to feel the stirrings of romance.

Directed by PD Jo Young-min (Do You Like Brahms?) and written by Baek Eun-kyung, Accidental Country Diary will be produced by Kakao Entertainment and will air via the Kakao web platform.

For those in the U.S. like me who remember television even before the advent of cable, what are web dramas in relation to conventional broadcast or cable dramas? Are they, roughly, web-based analogues of the wholly syndicated shows (usually produced in Canada) shown on broadcast tv (i.e. less budget and production, lesser known cast, fewer episodes, etc.)?

One thing they do have in common with old broadcast TV is the episode length. 20 min or 40 min is roughly equivalent to old 1/2 hr and 1 hour shows with the commercials removed.

I used to see them as a training ground for the industry, a way to try out new talent without risking a multi-million dollar project. But more recognizable names have started appearing in them, they seem to be getting more 'legitimate'. Sooyoung starred in the very first K-drama I watched back in 2013. I guess she'd be considered a 'middle-tier' star in competition with an increasing number of younger actors.

A web drama is a drama not meant to be broadcast over the air OR on cable. Lower budget but often entertaining (or not) they can be worth checking out. They usually have shorter episodes which means that they can be worth it for something to watch when you do not have much time.

They seem to be getting better and better in my experience, I think partly because the shorter formats require tighter scripts and editing that we sometimes get with more traditional full-length dramas that can tend towards filler to flesh out a full 16-20 eps. Hopefully this one will fall into the well-written/well-executed camp!

One of my surprise favorites this year was Scripting Your Destiny. It was 10 eps, 30-40 mins ea in length, and was a delight to watch.

🙏Thank you for mentioning this show, as it had slipped past my radar. Just watched and enjoyed it as well!

Some sites are getting better about adding the web dramas to their lists, so it's also getting a bit easier to know they exist to then be able to search for and watch them.

Please let this be well written.

What is this “she was his secret friend from childhood” thing 🤭?

I’m hoping your Oppa will be in a good comeback project.

I will be checking this one out.

SOOYOUNG IS BACK! My fangirl heart explodes. 😍

Please, drama gods, make this is a solid role and story!

(Also, please just stop it with the 'childhood connection' trope. It's getting as stale as 'noble idiocy.')

She was great in RUN ON.

The most annoyed I got with random childhood connections was in Her Private Life. It was SO unnecessary. People can meet and fall in love with new people - it doesn’t have to be someone you once knew as a toddler!!

I completely agree - it just isn't really necessary for the plot. (And I also agree about HPL - that was eye-rolling.)

Yes! It’s fine if the childhood connection was there from the start (eg Weightlifting Fairy) but when it’s just put in there randomly because they ran out of ideas (Eg HPL) it’s annoying.

Weightlifting fairy was so organic that you don't even remember they met originally as children.
I didn't hate HPL childhood connection, but of course it was too much of a coincidence.
Which would double the coincidence he finding his younger brother and mother as well. Yeah, well, rolling eyes, I know. But since the actors were so cool, I enjoyed the whole drama and even watched it twice😂😂😂😂😂😂
But yeah, it would have been better if he would have had his own drama by himself, and she would have supported him as well.

They were at primary school together - she caught him when he fell out the window.

Hmm...reminds me of "Modern Farmer"! I might actually check it out!

How does one watch this (with English subs, preferably) in the United States?

How can I access the content to watch this web drama? I think they are using this to test the waters since JKS release from military service.