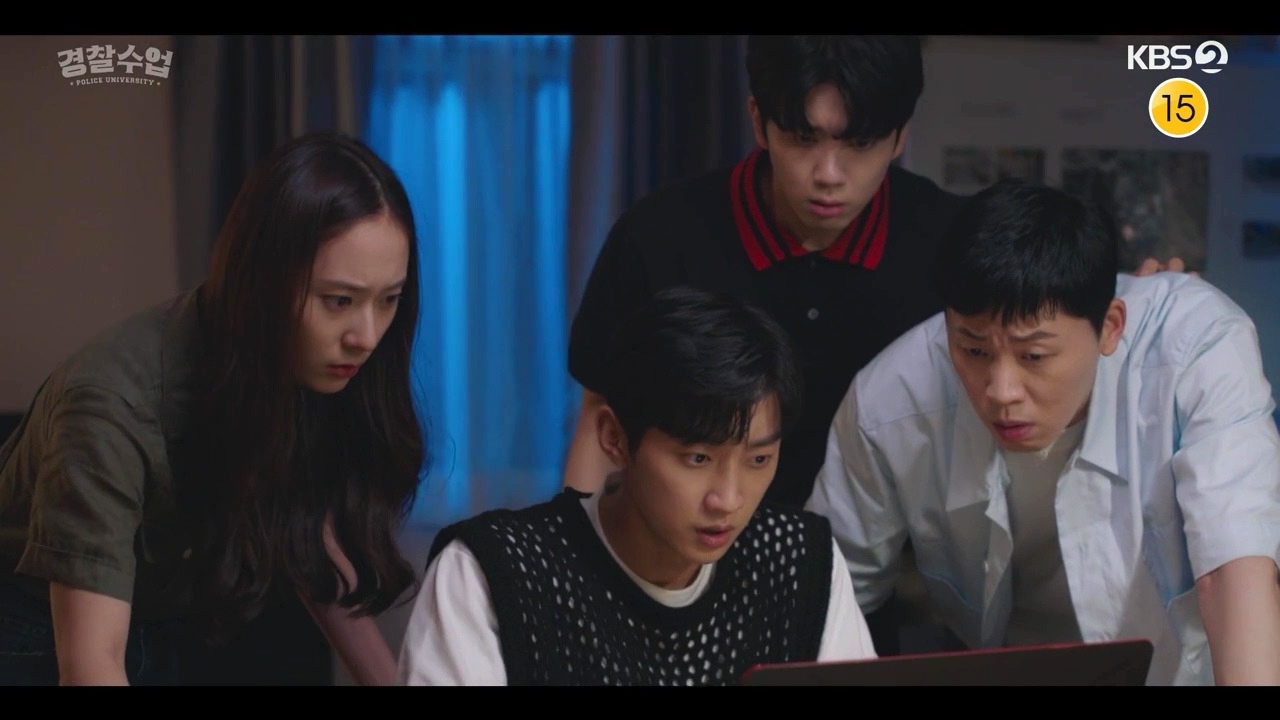 It’s an action-packed week for our crew! They might narrow down on the corruption in their midst, but is the truth coming out too late? Resignations, quarrels, and red tape are not enough to keep them from fighting, and as they push through with their investigation, their team grows in numbers. 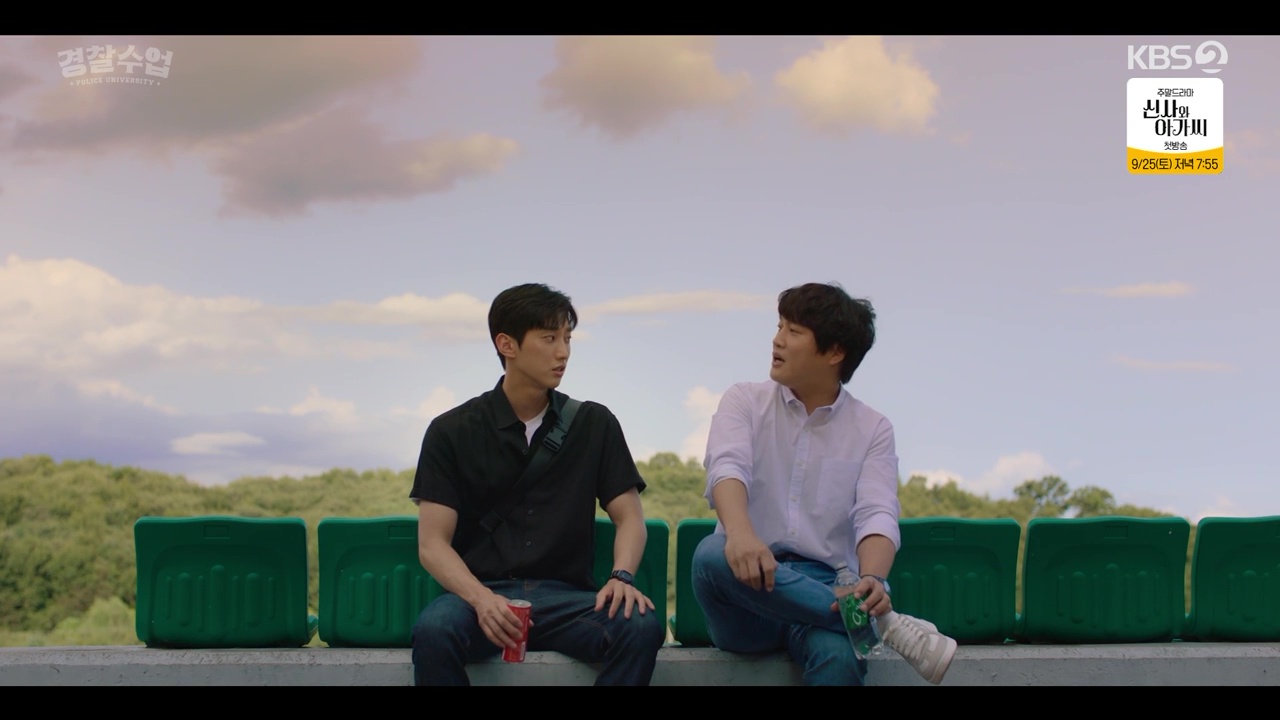 We start off with a bit of a heart-wrencher this week, as our four favorite cadets first see Dong-man weeping over the betrayal of Chul-jin, and then later have to deal with Dong-man’s sudden departure from the university. Dong-man, hot-headed and single-minded man that he is, resigns from his position as soon as he administers the final exam, and heads off to devote himself to investigating the gambling ring. Alone and AWOL.

Sun-ho wants to continue working with Dong-man and to prove himself, but before he takes off, Dong-man essentially tells him to enjoy his life and forget the case. We know he’s saying this because he cares deeply about Sun-ho and his safety, but Sun-ho thinks he’s just getting the bum’s rush. Sun-ho takes Dong-man’s departure the hardest, of course. He’s such a little sweetie and has built quite a bond with Dong-man over the semester. While Sun-ho shows it, though, Dong-man hides it, and I think that’s the main barrier between them at this point. 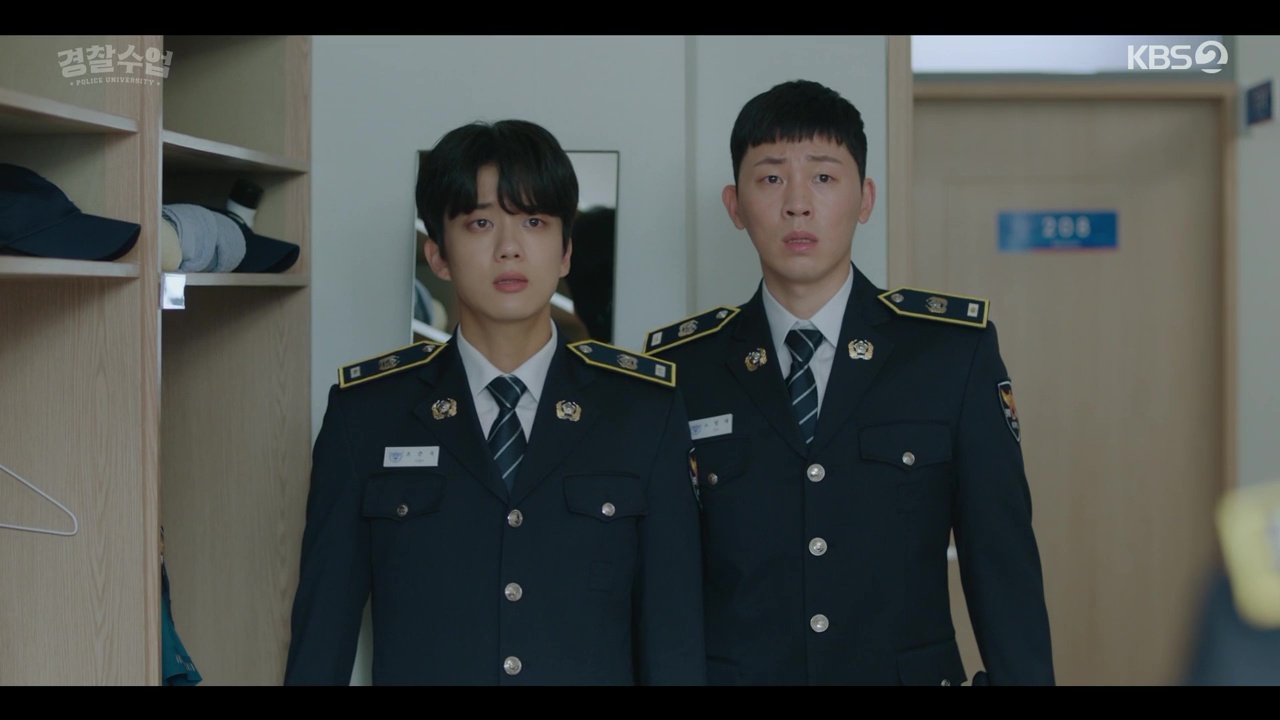 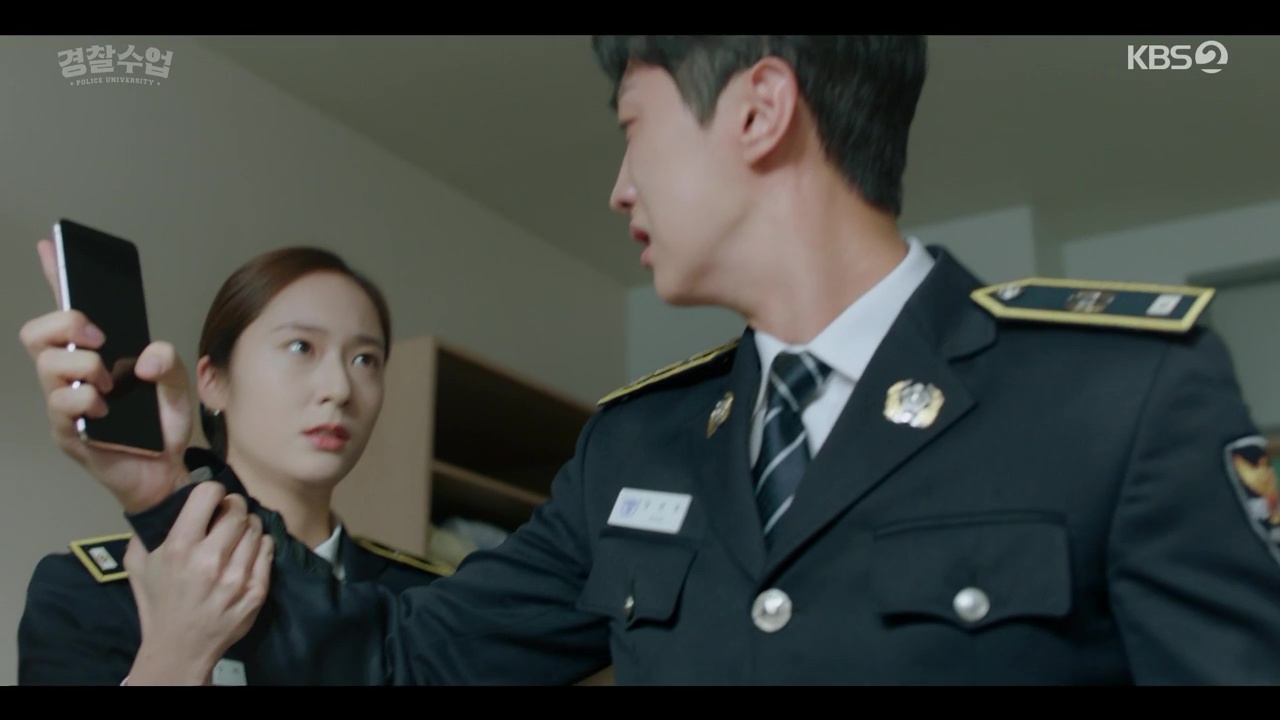 If there’s one weakness of the pacing in this drama, it’s that I didn’t feel like an entire semester went by already — maybe just a month or two? Either way, we’ve hit the point in our story where the kids are all leaving campus for summer break. Except for four of them.

When Sun-ho is packing up his dorm room, he notices a ping on his computer program. The infamous burner phone is active again, and he has a location on the bad guy (ahem, Professor Go) they’ve been trying so hard to nab. Sun-ho calls the missing-in-action Dong-man and leaves a message to alert him, but what winds up happening is that Kang-hee overhears everything, as do Bum-tae and Joon-wook. 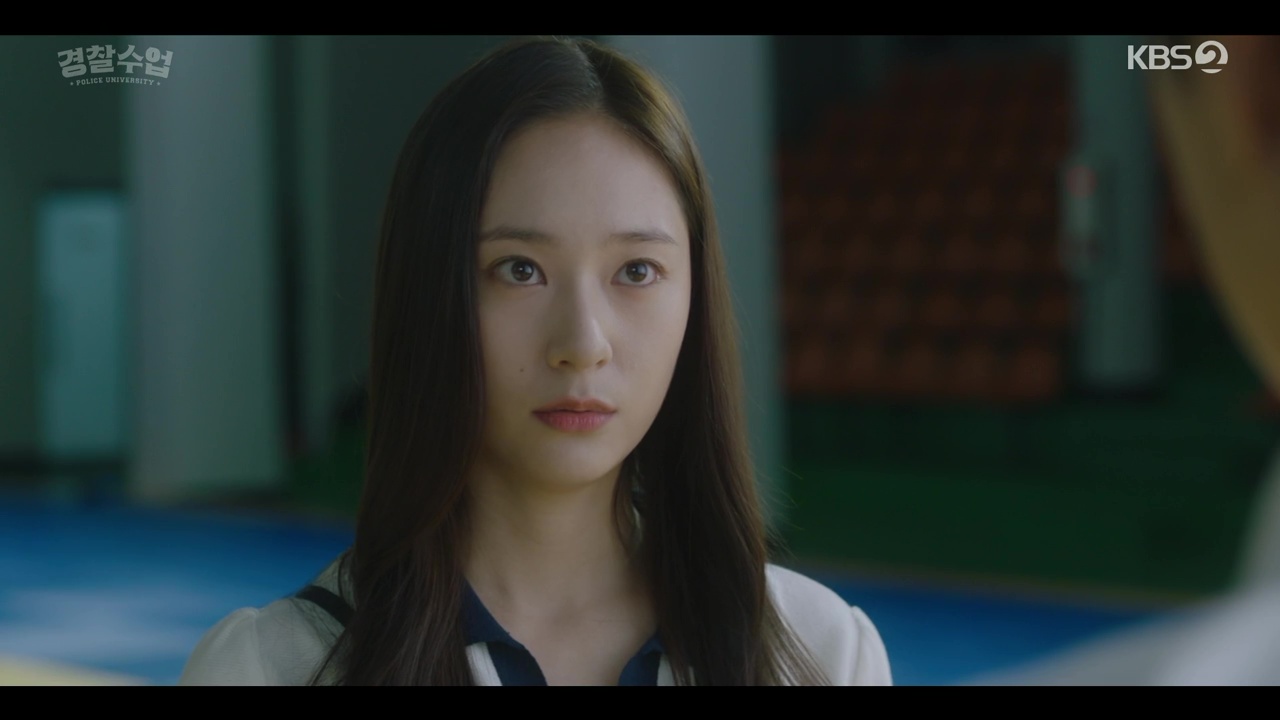 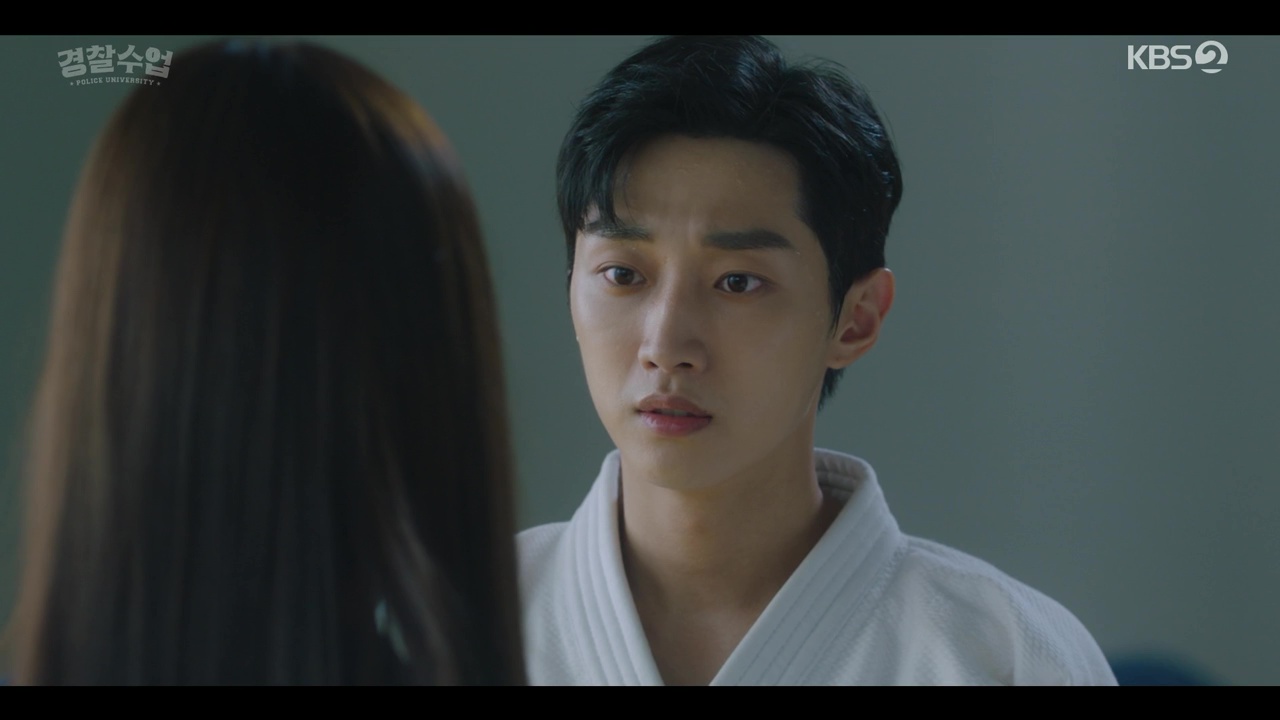 Even with Dong-man out of the picture, Sun-ho is not willing to give up this new lead — and with Kang-hee in the mix, he’s never giving up. The two have acknowledged the connection of Kang-hee’s mother to the case, and Kang-hee demands to help, since the case hits so close to home for her, too.

Speaking of connections, Sun-ho and Kang-hee have a cute moment in the gym together. Sun-ho is pounding away practicing his judo (I love how this drama depicts doubling down on your efforts where you’re weak), and Kang-hee comes to pay him a visit. She blurts out that she likes him, and that’s all it takes. He grabs her and pulls her in for a very sweet embrace. I’m still waiting for their first non-drunk kiss, but in the meantime I’ll take this sweetness between them, from their secret handholds to the way they’re totally in sync. 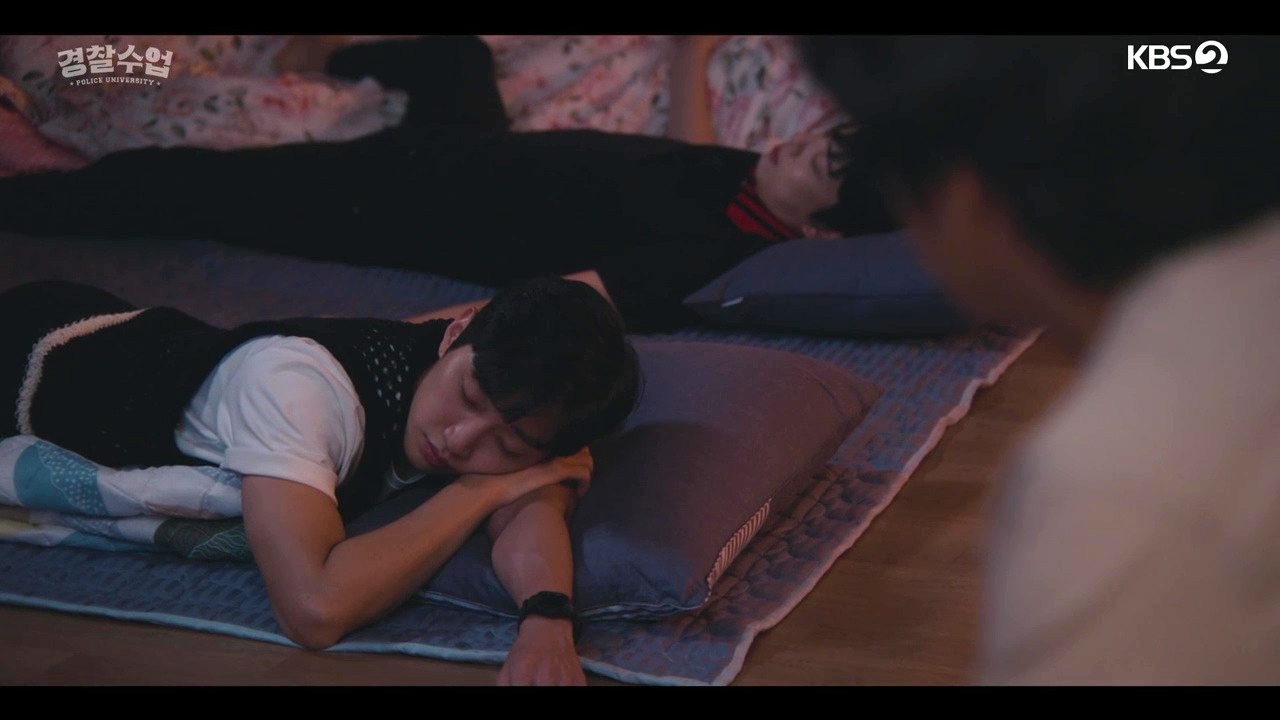 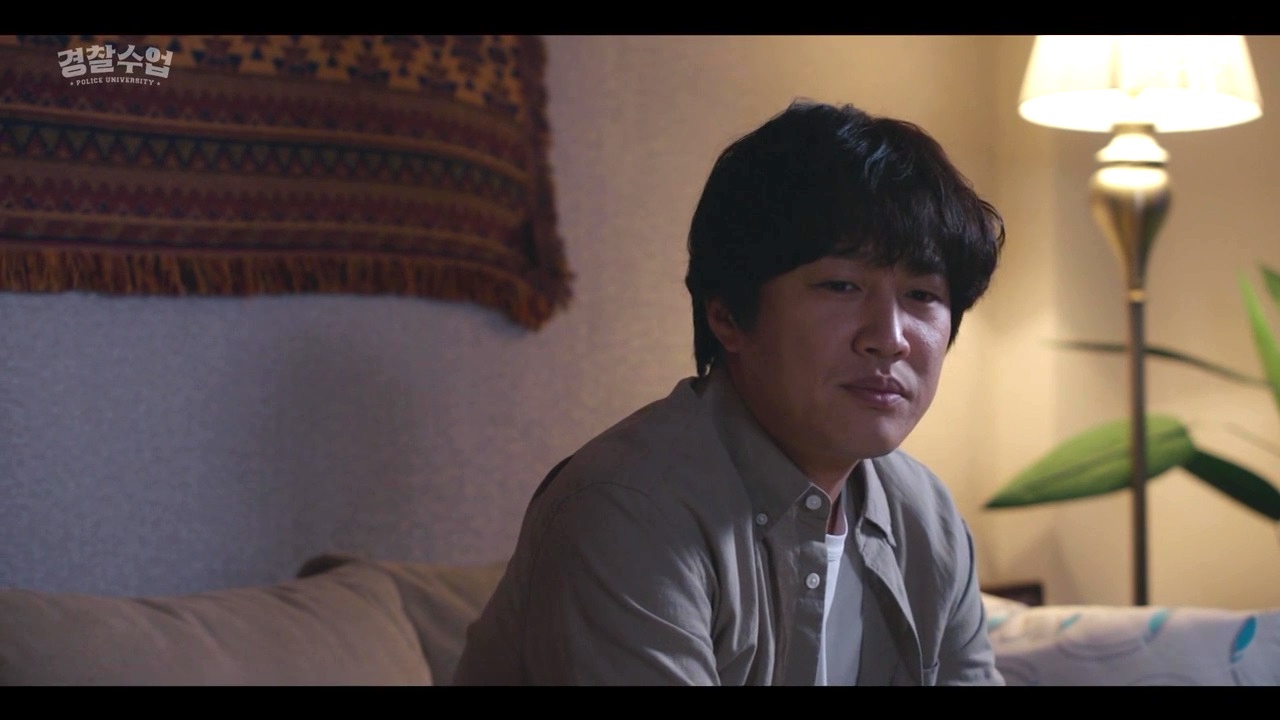 Just as our four cadets get their investigation underway (and start closing in on Professor Go), Dong-man appears on the scene as well. Both of their investigations have independently led to the same result. But rather than start working together right away, Sun-ho is still hurt over how Dong-man abandoned them, and the school, and he actually Judo-flips Dong-man onto the pavement. It’s the first time he’s managed to do it, and it’s clear that it’s more of an emotional response than anything else.

Pretty soon, though, our crew starts working together again, and we get the pleasure of not only Dong-man agreeing to work with our four cadets, but Hee-soo and Professor Kwon also show up. After some waffling, even Professor Kwon gives in (it’s so cute), and he works with Bum-tae and Joon-wook, while Hee-soo teams up with Kang-hee. The first group heads to the money laundering location, the girls head to the prison to meet with Kang-hee’s mother, and Dong-man and Sun-ho make up our third and final team. 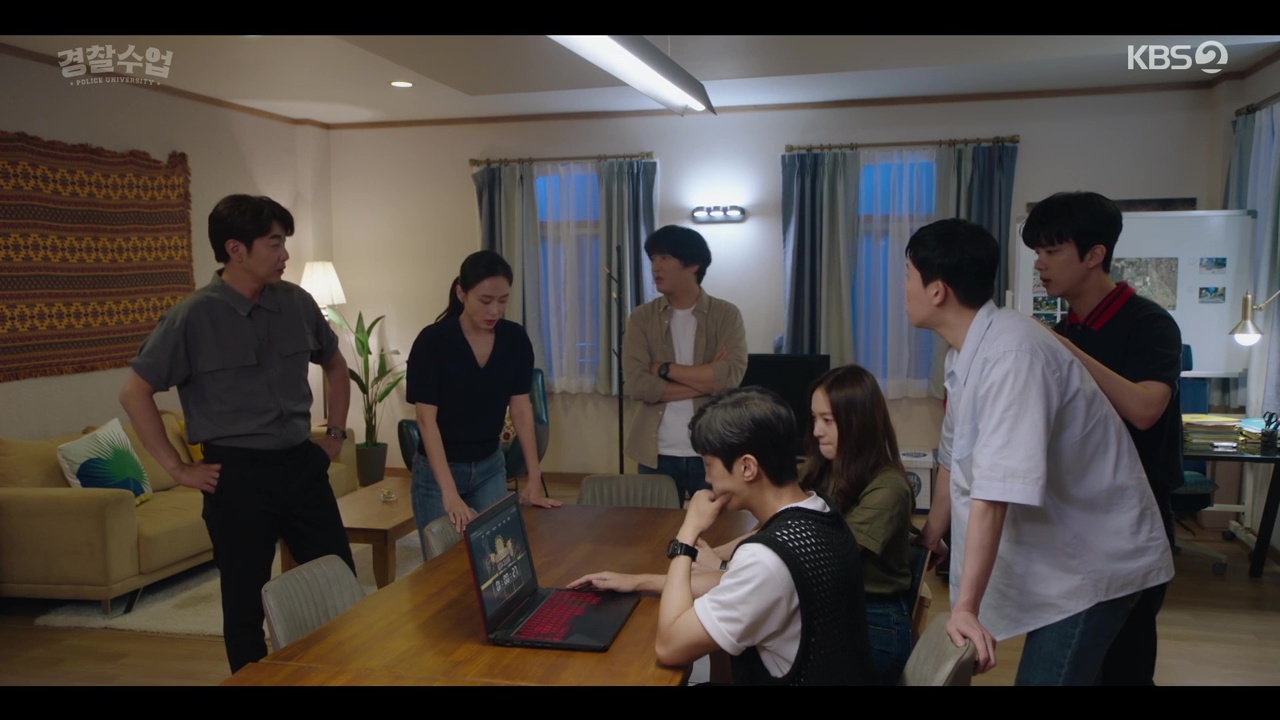 Since no one but Dong-man knows about Sun-ho’s hacker background, they try to keep it on the down-low, even while everyone is now living, eating, sleeping, and investigating in the same space. All the teamwork at this point in the show is the pinnacle of fun for me — we know all our characters so well by now, that watching them interact, investigate, and work together is the icing on the cake.

After confirming that Professor Go’s beer garden basement was the original site of the gambling ring, they have to rely on Sun-ho’s hacking skills to get them to Point B. He is able to code a program that intercepts the gambling ring’s IP address, and though there are a few tricks and reversals, in the end, the team closes in on Professor Go. He’s even scarier than we might have thought, and goes after Dong-man and Sun-ho with a steel pipe before they finally take him down. 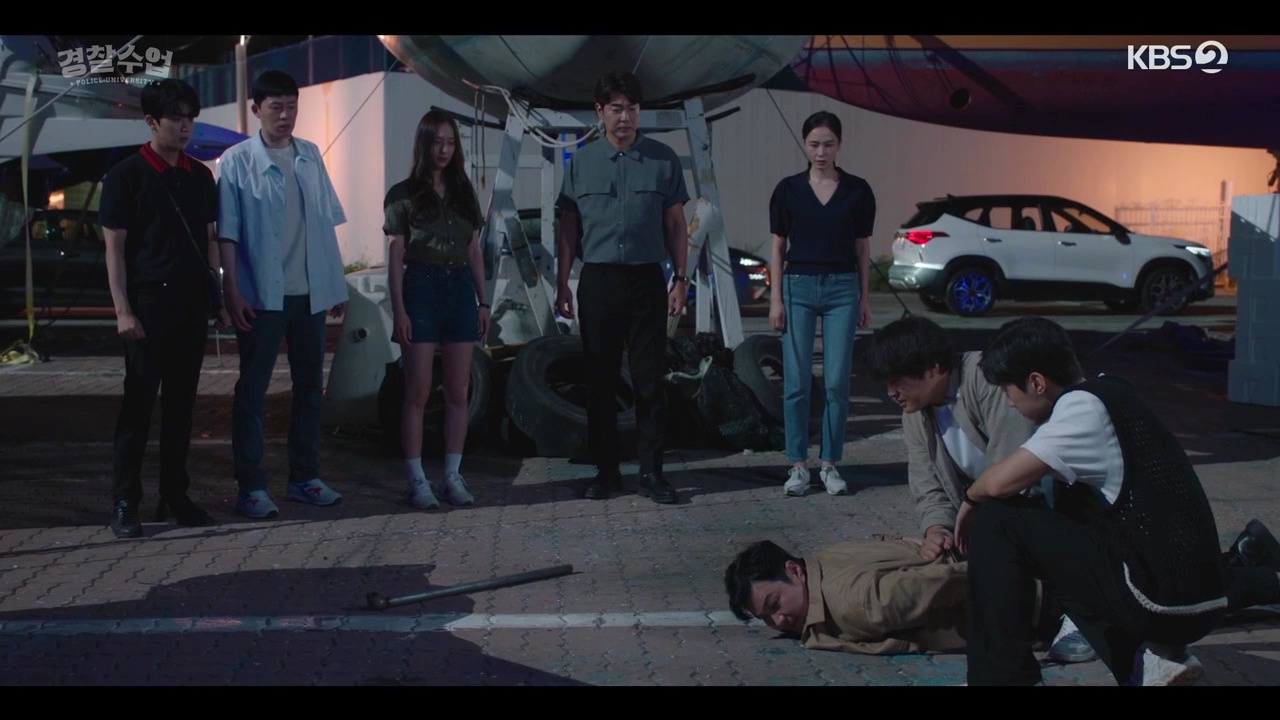 With Professor Go’s arrest, and the pile of evidence against him, things might seem like they’re resolved. But there’s certainly a lot more lurking in the background. Professor Go just seems like the first layer — or maybe the second layer, if we count Chul-jin as the first.

Chul-jin was ready to spill his guts to the police, but the tables turned hugely there, and the cop meant to interrogate him actually blackmails him. Gulp! So the corruption is both deep and wide… which makes me worry a little about our university. I’m pretty sure that Hee-soo and Professor Kwon are in the clear after their awesome teamwork with the kids this week (and Hee-soo’s pending date with Dong-man!), but I’m concerned out the university itself, and whatever secrets and future back-stabbings it may or may not be hiding. 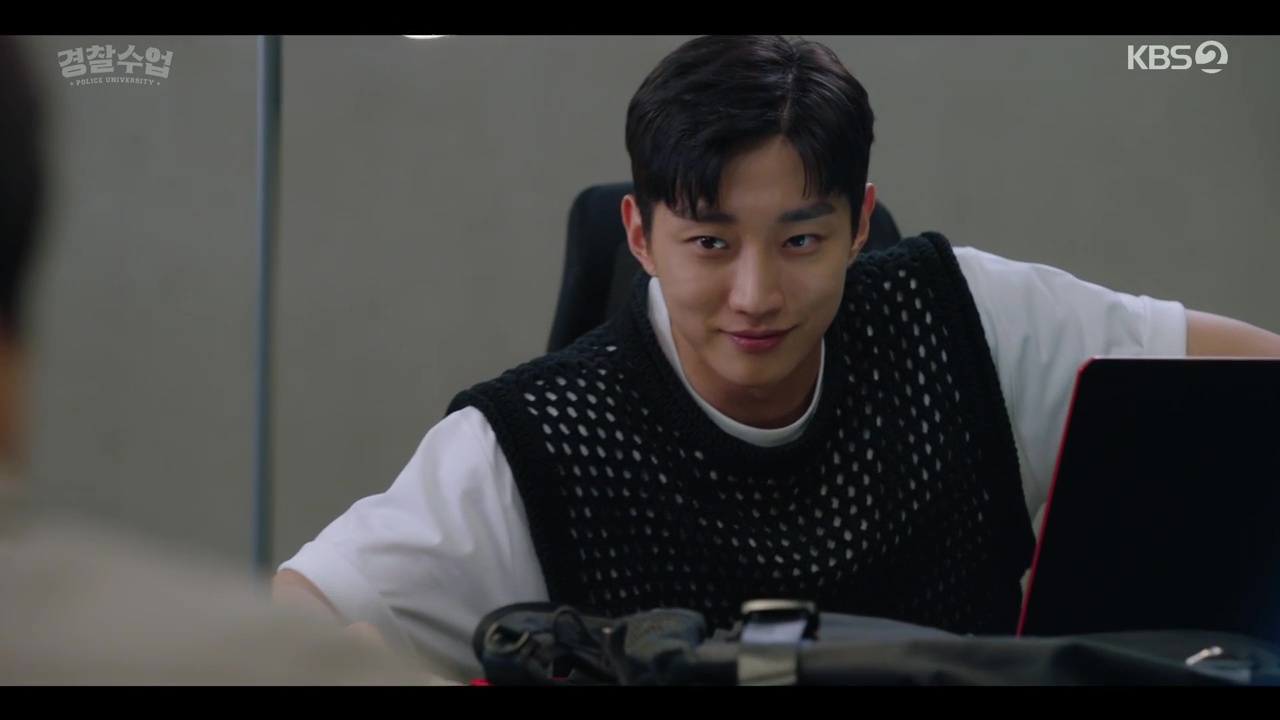 Oooooh I'm actually suspicious of Prof. Hee-Soo! (and also the Head Prof). I still can't shake off a couple of things:

1. In one of the earlier episodes, when Dong Man first joined the university, she remarked that he was up in his office the whole night. Like.. why was she watching him?

2. In one of the recent episodes, the Head Prof noticed that Seon Ho visited Dong Man's office 10 times (I think) Why is he keeping track? But Head Prof also allowed the kids to take leave to help when Dong Man got framed and spent the night at the police station.

3. In the scene where Chul Jin got attacked.. the person who came up behind him had very skinny ankles... could have been Hee Soo's. She's a former Judo athlete so I think she's pretty strong. She could have been wearing a man's shoes.. Prof Go's shoes perhaps? Which leads me to this next point:

4. Hee Soo seems really close to Prof Go! They were chatting and hanging out on the day of the sports fair.. and whenever they were at the bar she was pretty chummy with him.

Kdrama rules pretty much require that some high-ranking person who has already been introduced must be a major baddie.

Besides Hee-soo the candidates are head prof Seo and laughing curfew enforcer lady. Show seemed to be pointing at those two (especially Seo), but it's still a bit early for that to mean much. Also, Seo has seemed bit too helpful to be much of a baddie. Hmmmmm....

Look at them all working, together, how adorable. One of them is a snitch or it it could be one of the students too, hmmm.

Umm...how are prof. Kwon and Hee soo in the clear? Prof. Kwon called some "elder" before joining Dong-man in the investigation and Hee-Soo was suspicious as hell with that phone convo on the field. At this rate, all of University faculty members are suspicious af!

Would it be possible that Dong-Man make a choice and stick to it more than one episode? He's so a weather vane.

I only partway through 9 but am thinking of quitting because he’s such an illogical character. Stop yelling, already! Why he would be chosen to teach others is beyond me unless it’s to teach them how NOT to act.

I agree. Sometimes I am too frustrated with his character that keeps on changing his mind and act rather rashly. He makes me wonder if he’s really in investigation team