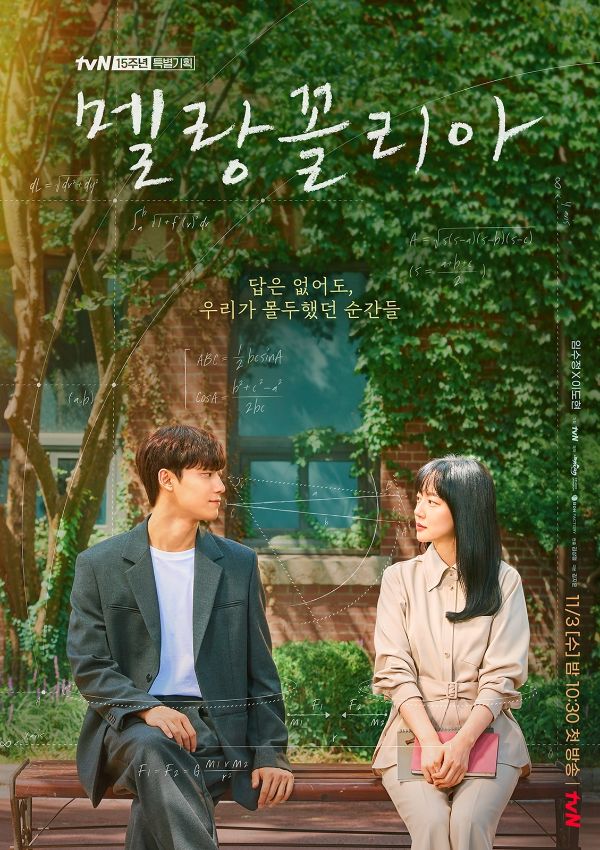 The main posters and more stills have been released for upcoming tvN drama Melancholia. Featuring Im Soo-jung (Search Query: WWW) as a math teacher and Lee Do-hyun (Youth in May) as a genius student, this drama portrays the corrupt world of private schools and how an unexpected connection blooms within.

The poster above shows both looking into each other’s eyes, with a caption that reads: “Even though there was no answer, the moments that we were concentrating with effort.” The second poster says the same thing, but both characters walk side-by-side amidst stunning greenery at the school.

Diving deeper into Lee Do-hyun’s character Baek Seung-yoo, we learn that he’s a prodigy that placed first in international math olympiads when he was a kid. He was admitted into MIT at the age of 10, but he left for an unknown reason at age 12. He retreated from the math world, earning the nickname: “The young math genius who disappeared into thin air.” Now he’s entered Ahsung High School of his own volition, where he’s a loner who is ranked last in his grade.

On the other hand, Im Soo-jung plays a math teacher named Ji Yoon-soo, who is passionate about her job. She has pride about teaching students and loves math to a point where she uses difficult math equations to calm her mind. She tells her students to be creative with their proofs and to explore alternative methods outside the answer key. In a society that’s very focused on the “right answers,” she uses unconventional methods, but seeing as her students have all gone on to graduate with top honors from prestigious universities shows that her philosophy is on the mark.

How will these two characters get along? We’ll know in a few more weeks. Written by Kim Ji-woon and directed by Kim Sang-hyub, Melancholia will begin airing on November 3 on tvN. 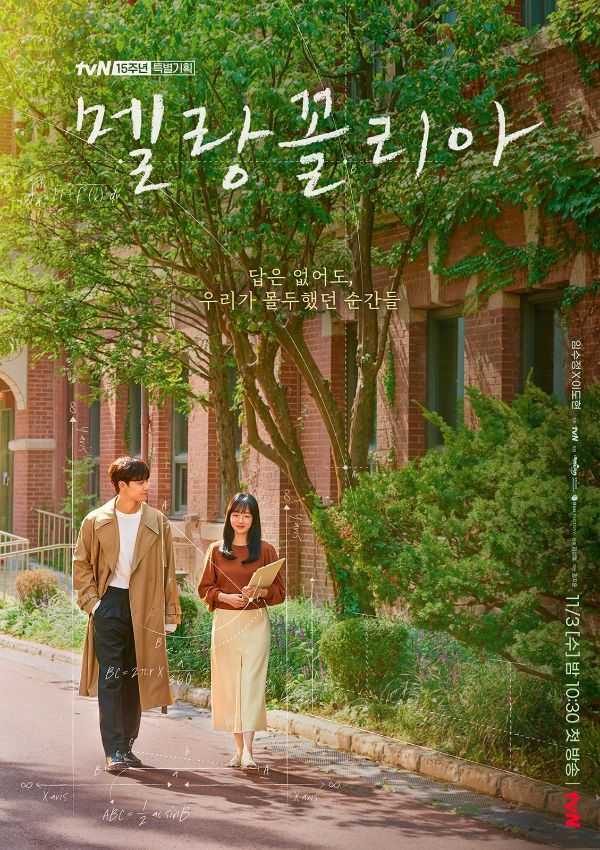 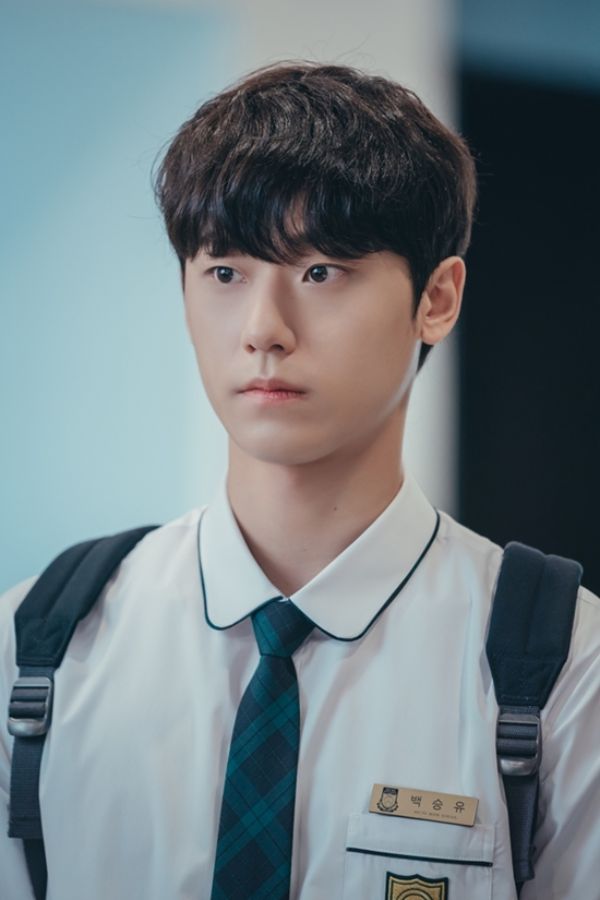 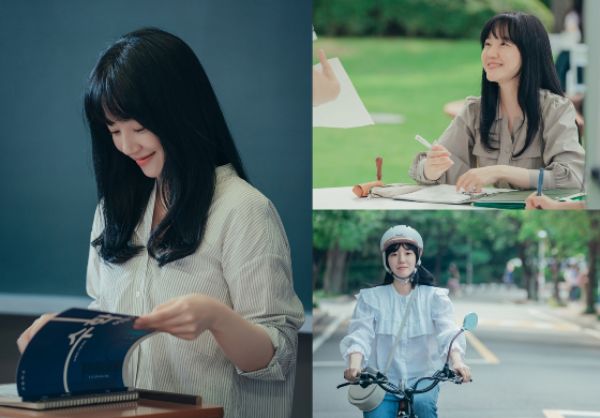 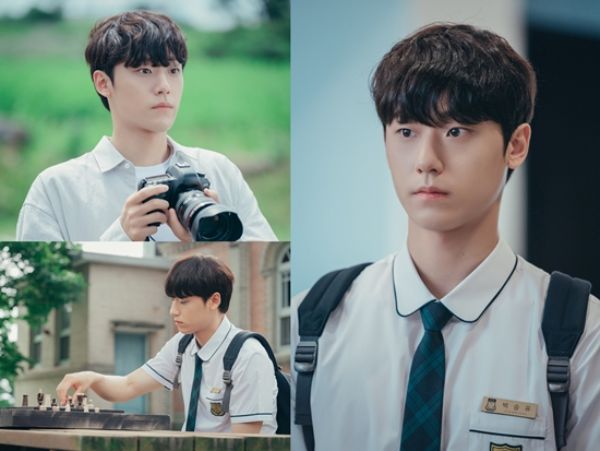 I love the idea of a kdrama based on mathematics but it better not be a teacher-student "romance". 🤮🤢🤮

lol This is going to be a romance. Everyone can tell just from looking at the posters, and romance sells.
We can only hope their relationship only truly develops after he graduates...

Considering that he's wearing casual clothing on the posters, I'm hoping that any potential romance is happening once he's out of his uniform. Fingers goddamn crossed.

It will be interesting to see how they navigate this.

I'm here for both Im Soo Jung and Lee Do Hyun!!! The poster is pretty standard for romance, with some math and physics equations add in for their related profession in the drama.
About the script, let me guess: she is the bright ball of sunshine who helps him get back on track, overcome whatever trauma that he faced before. Then he is shipped off to America (Harvard, MIT, etc...) to finish his degrees, and potentially graduate degree in a few years (this will take like a decade for "normal" student, but probably half the time for a genius like him). Then he comes back to be a professor in SK, and she may decide to pursue a graduate degree by then===>they meet again, but now he is her professor.

I've been reading comments of people saying it's better not be a Teacher-Student relationship. This kind of situations actually happen, we live in a world where unimaginable things happen everyday, adultery inclusive. So let the drama show us what happens when this kind of relationship occur. I won't back off or drop it if the drama choose to head to that direction.

I'm not condoning such relationship, but scenarios like this does happen. Dramas and movies are made to show us what actually happens around the world. So let's Melancholia show us what it's going to do.

I agree that it is the way they approach the subject that truly matter. Hopefully it is done sensibly and it does not romanticize a serious issue. We will only know after the drama has aired.

We have enough teachers abusing their position over their students to have inappropriate relations that we don't need to romanticize it and give it legitimacy.

I love leads but the simple idea of a romance between a teenager and an adult over 30 is just a big no. As nothing is hinted about this, I will give it a try but I don’t like the fact that he’s in casual clothes in the posters.