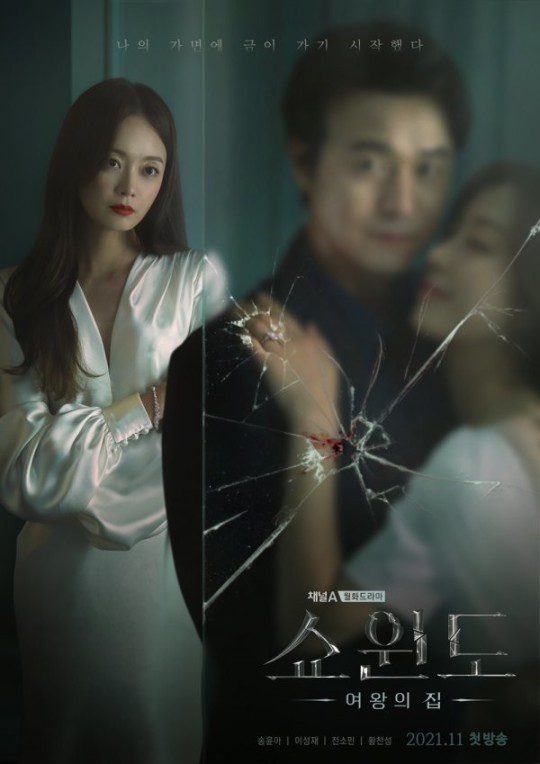 The story is centered around Song Yoon-ah’s character who meets Jeon So-min by chance and the two become close friends. What Song doesn’t know, though, is that husband Lee Sung-jae is having an affair with Jeon. And, needless to say, Song is beyond shocked by their betrayal when she discovers the truth.

The teaser starts with Song Yoon-ah admiring the beautiful seaside view and reflecting on her relationship with Jeon So-min. Jeon asks, “Why are you nice to me?” and Song replies, “Isn’t our connection special?” In a sequence of shots, we see the two meeting and bonding in different situations. In a couple scenes, Song tries to protect Jeon and becomes indignant on her behalf. Jeon So-min proposes to Song Yoon-ah, “Should I be your younger sister?” and Song happily agrees, “Let’s be sisters from now on.”

It cuts to a text screen that reads, “My husband’s woman,” and we transition to Lee Sung-jae. As the music grows ominous, we get a glimpse of the disconnect in Lee and Song Yoon-ah’s relationship, followed by shots of a bloodied woman lying dead on the floor and Lee Sung-jae getting intimate with Jeon So-min. From overhead, we see a car crash happening and it jumps to a shell-shocked Song Yoon-ah getting out of her car. The video comes to a close with a final text screen, reading, “[She] had supported her love.”

Production for the drama will be handled collaboratively by PD’s, Kang Sol and Park Dae-hee and scripts will be written by Han Bo-kyung and Park Hye-young.

Channel A’s The Show Window: Queen’s House will be airing Mondays and Tuesdays, and premieres in November. 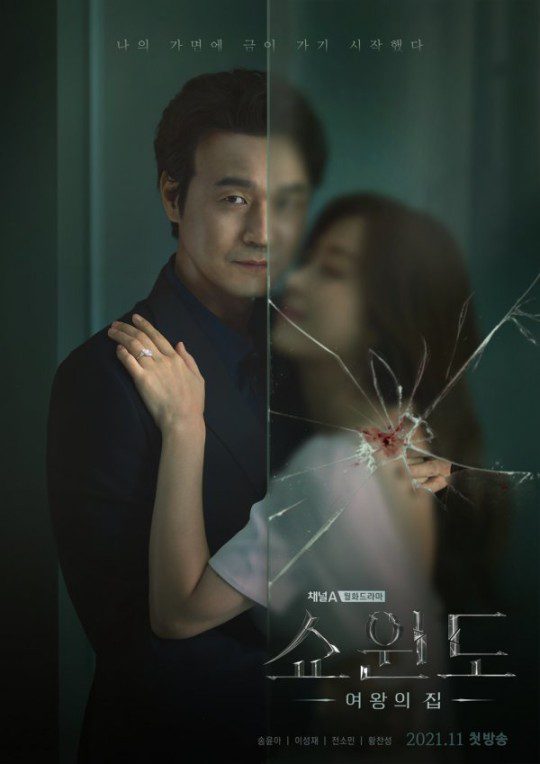 My pretty Jeon So-min, who looks like a cross between Jang Nara and Kim Hee Sun. She looks so beautiful here.

I’m not familiar with Song Yoon-ah but I’ve heard she’s a good actor. Looks interesting, if you’re into Melo

I do not know if I will watch it, but I might because I like Jeon So-min. I bet this one gets high ratings.

I have never heard of any Channel A dramas so I had no expectations but if they got Song Yoonah signed it must be a sound production, right? Also, both their teasers look good.
Mistress/cheating dramas seem to be the rage these days and hopefully, this will be a breakout role for Jeon Somin too like it did for World of the Marriage actress.
She has a bubbly and happy image but hopefully, this will prove to have a reverse charm.

This is not my kind of drama, but I will at least try to watch because I am a devoted fan and Hwang Chansung is the fourth lead.

Also, I love Jeon So Min.

This is definitely my treat.