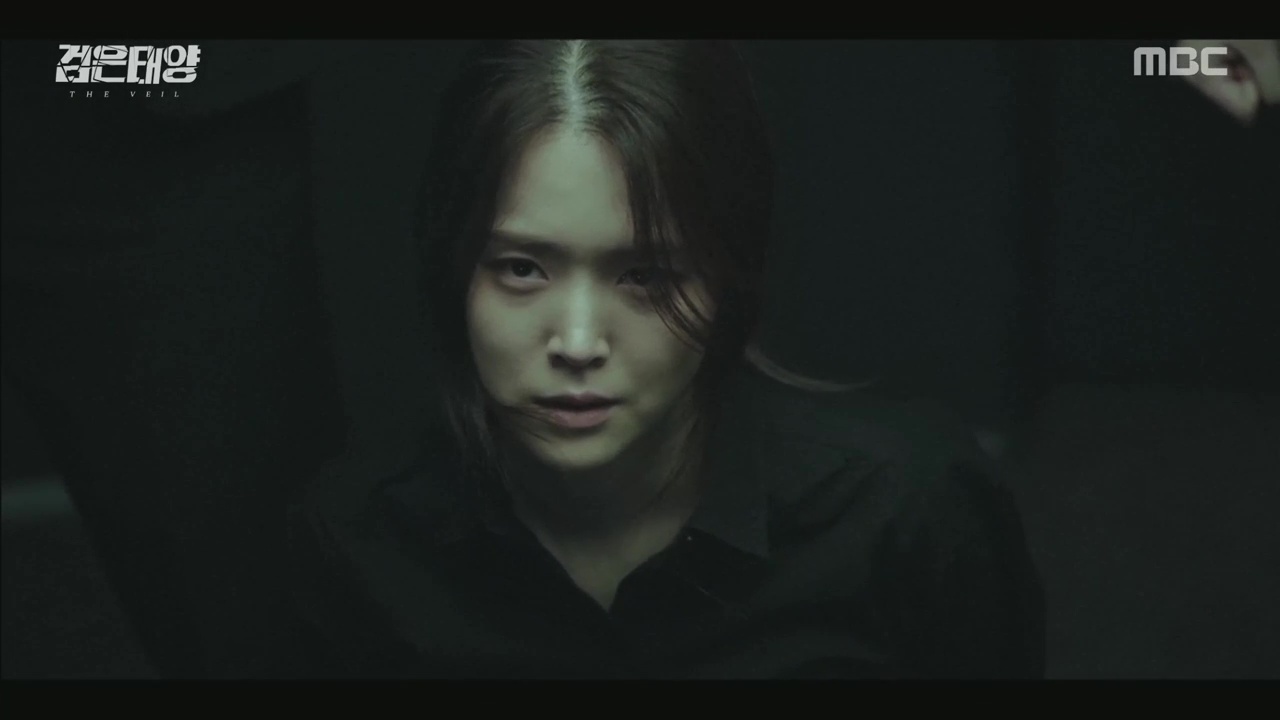 The big reveal is finally here, as our hero from the past gives our present-day hero some insight that changes everything. Between self-imposed deadlines and so many lines and loyalties crossed, our hero’s head is left spinning — and so is ours. 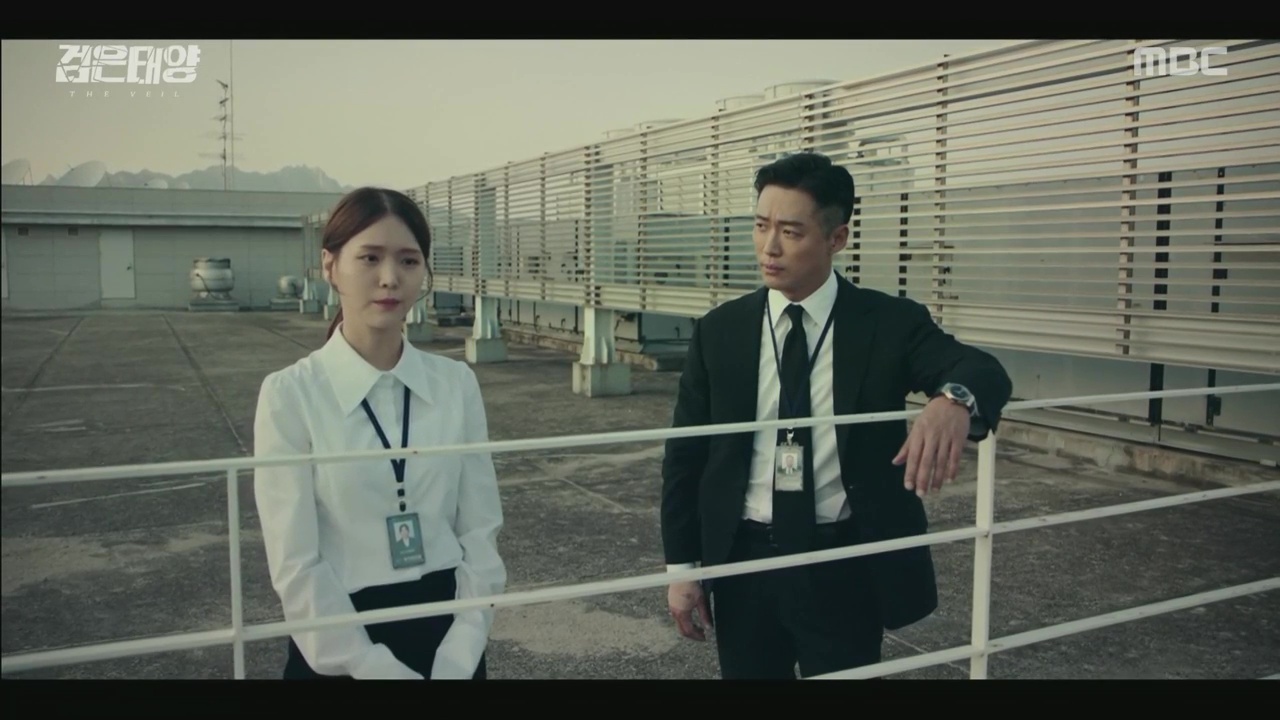 So much changes for Ji-hyuk this week it feels like an absolute whirlpool. It’s full of twists and twists on twists, and it starts with Ji-hyuk and Ye-ji parting ways as partners when she finds out he’s tapped her phone. It feels a little too sterile an interaction for these two, and sure enough it was a plot — Ye-ji is busy getting an in with DEPUTY DIRECTOR LEE IN-HWAN (Lee Kyung-young).

We’ve seen him fighting with Deputy Director Do during the whole drama, but he takes front and center this week as not only (big reveal) the head of Sangmuhoe, but the one that’s working with Planet to manipulate data, the population, and thus, elections. In other words, he’s the mole that Ji-hyuk has been searching for. 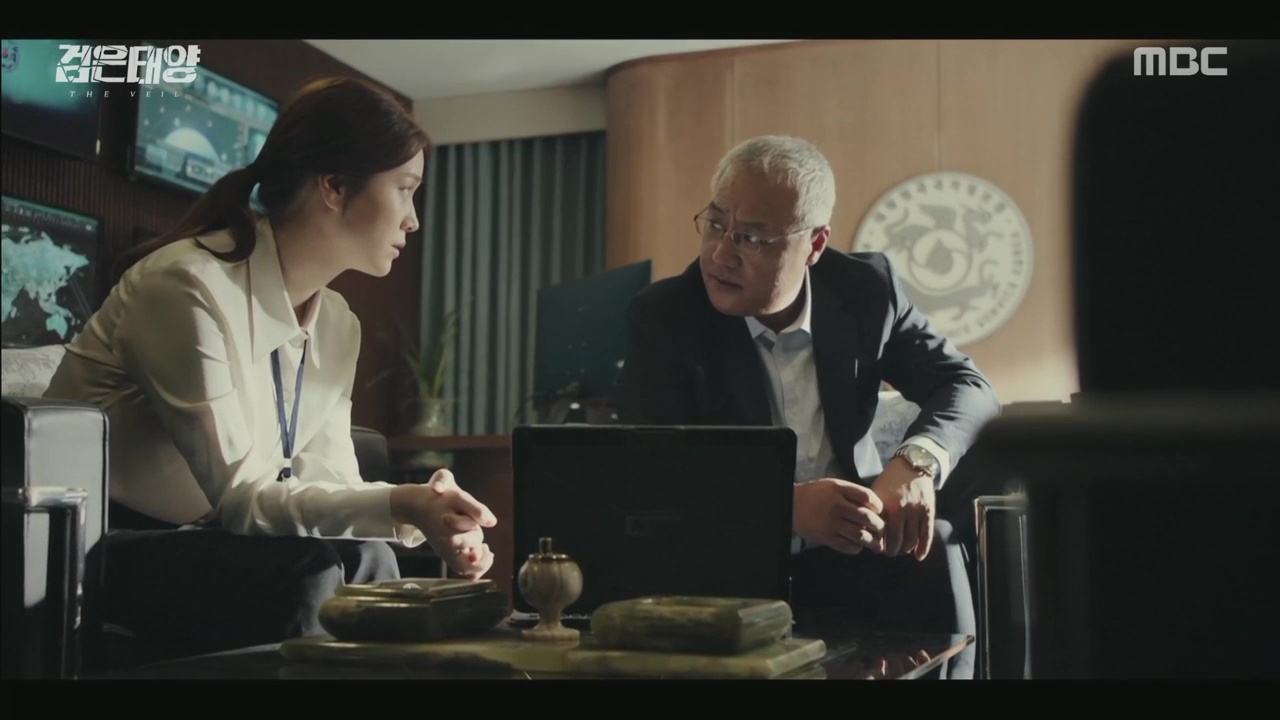 Though Deputy Director Lee doesn’t trust Ye-ji, he lets her in and she sees the massive surveillance machine that he’s been building. In his defense, he says he doesn’t like the NIS being swayed by politics and politicians, and that it should have a sole goal of protecting the country. That’s all well and good, but where he fails is that he basically wants all that power and control — and political say-so — for himself.

Ji-hyuk infiltrated Deputy Director Lee’s operation just when the final video from his past self has comes in. It’s a huge moment, and more than Chief Ha are in on it this time. Indeed, it’s almost as if all of the NIS has been fighting amongst itself and splintered so much that they’ve come full circle. Now, they’re (mostly) united against the very real threat of Deputy Director Lee controlling and codifying the entire population. 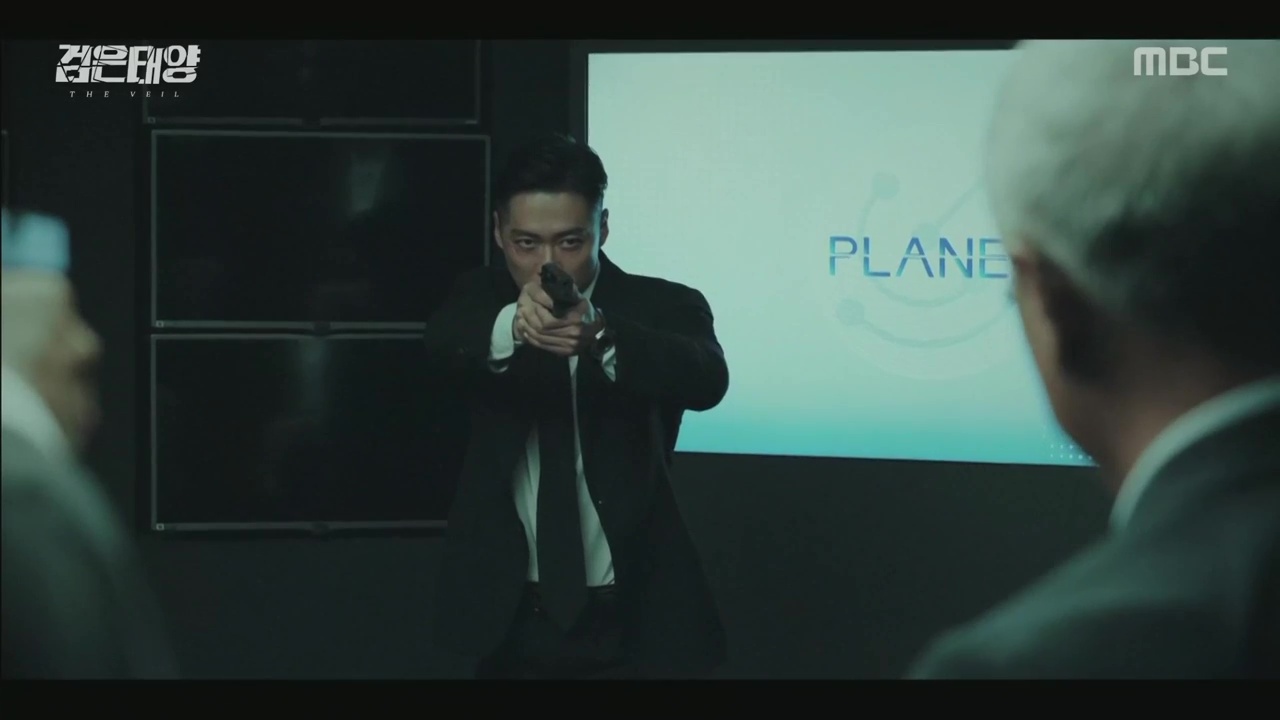 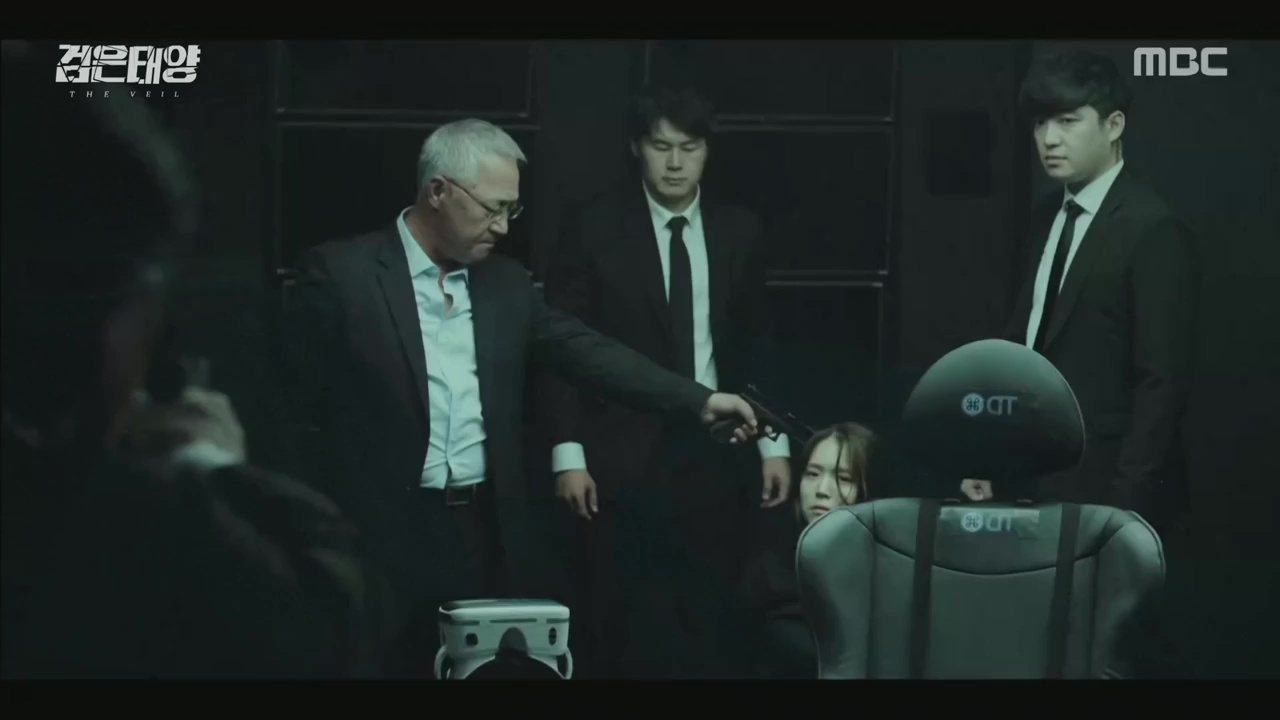 Luckily, Ji-hyuk has identified the mole before the video arrives (which was the time limit he gave himself), which is good. But everyone’s involved now, and all of the NIS leadership stream the video in their boardroom, while Deputy Director Lee has it played in the VR chamber where they’ve just had a massive stand-off.

What past-Ji-hyuk says crushes everyone. He finally shares the truth: that he, Ji-hyuk ,was the one that killed his teammates. He shares his original plan to return to the NIS with his memories wiped out, and to find the mole that was responsible for their op going bad (which led to those deaths). So while Ji-hyuk claims responsibility, he also knows there’s a wider narrative.

Ji-hyuk is nearing a psychotic break at this point — the agony in his eyes! And then, at long last, we return in an extended flashback to the Shenyang operation and learn what really happened in great detail. 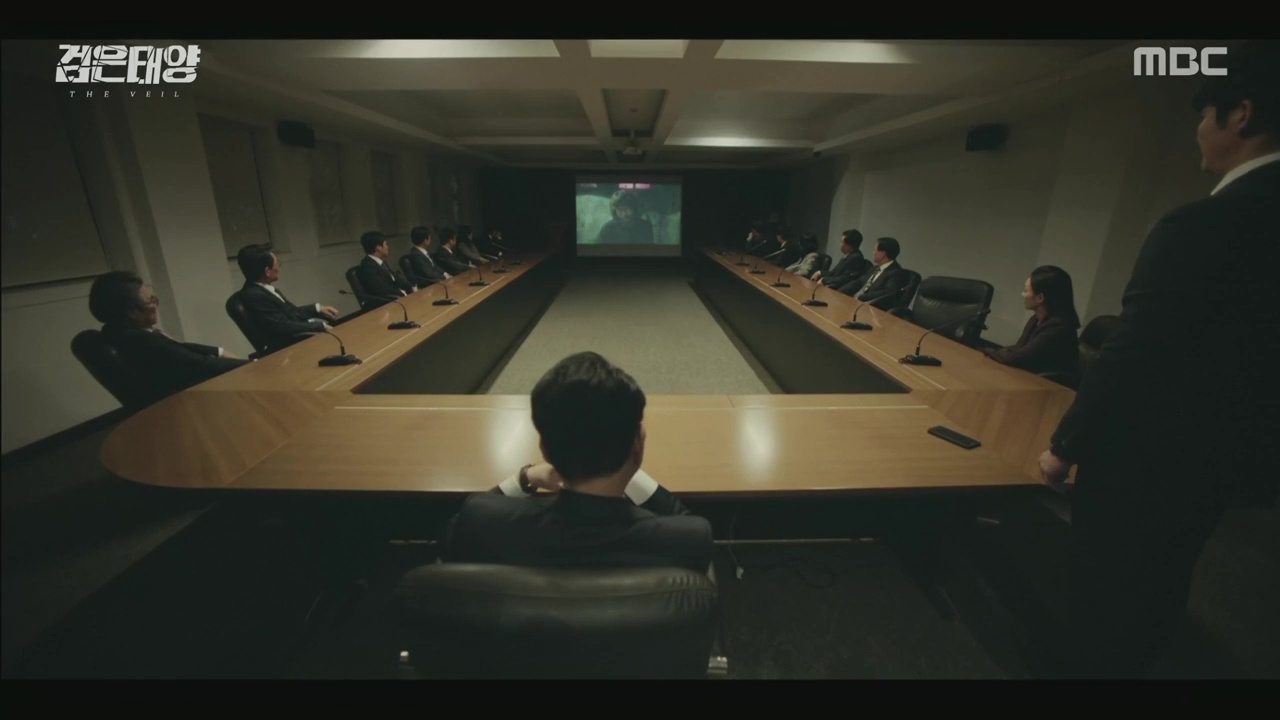 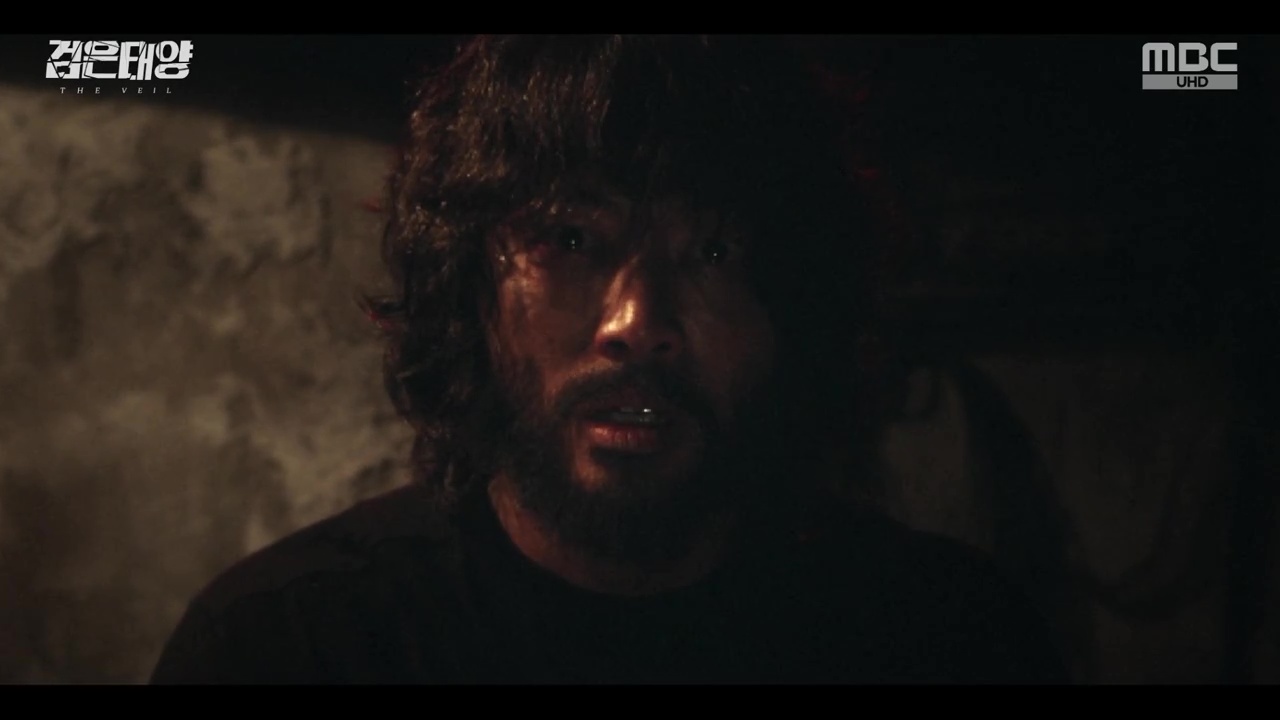 The way this operation played out was incredibly satisfying, because we’ve seen it in bits and pieces; each time Ji-hyuk remembers more, we see the story fill in a bit. Sometimes it’s red herrings or mis-memories, but this time we see the truth.

The three were surveilling Ri Dong-chul and we see them taking the incriminating photos (particularly the photo of the three of them at the table) that have so long been the sole piece of evidence that Ji-hyuk relied on.

It looks like both Kyung-suk and Dong-wook are taking orders from their sunbae Ji-hyuk, but actually both have other loyalties. Dong-wook got direct permission from Deputy Director Do to take out both Kyung-suk and Chang Chun-woo if they became a threat. This is because she knew they were double agents of sort, working for Sangmuhoe. The call that compromised their position was indeed from inside and was from Kyung-suk to Soo-yeon, the latter who also got pulled into this because of her debt to Director Kang. It’s all so interconnected, and everyone seems to have more than one master, or a different master than we might think. 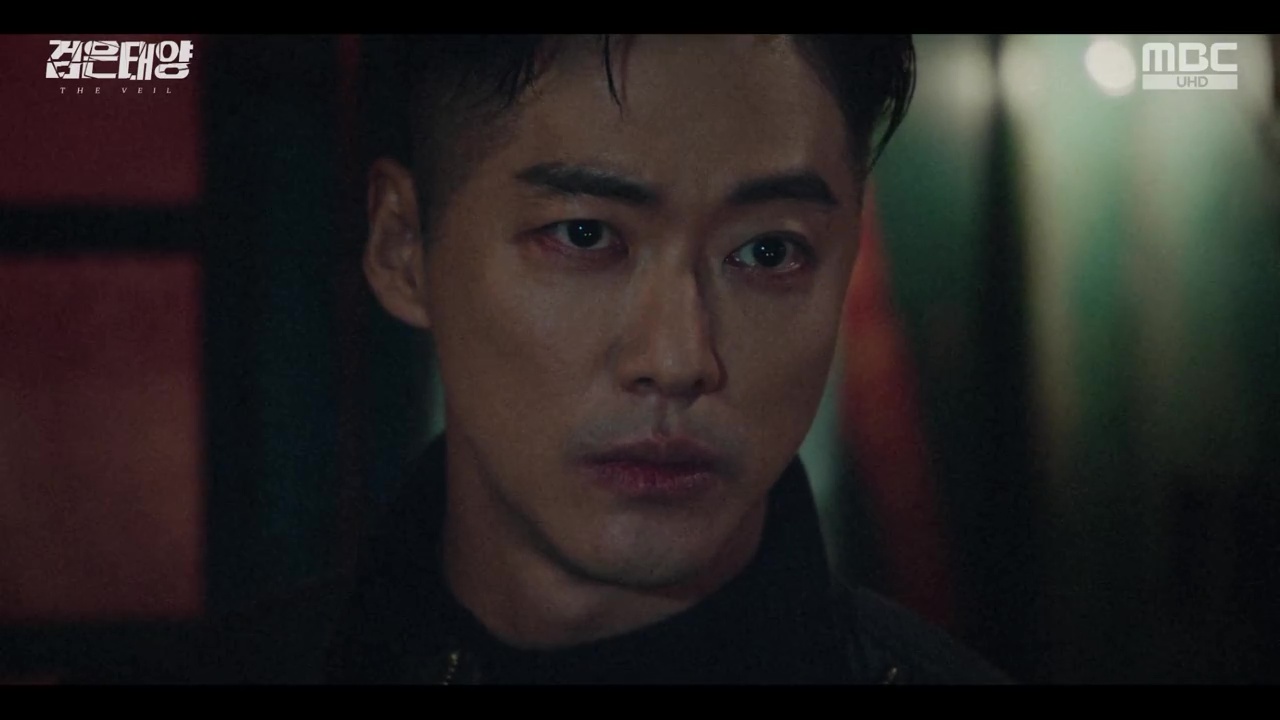 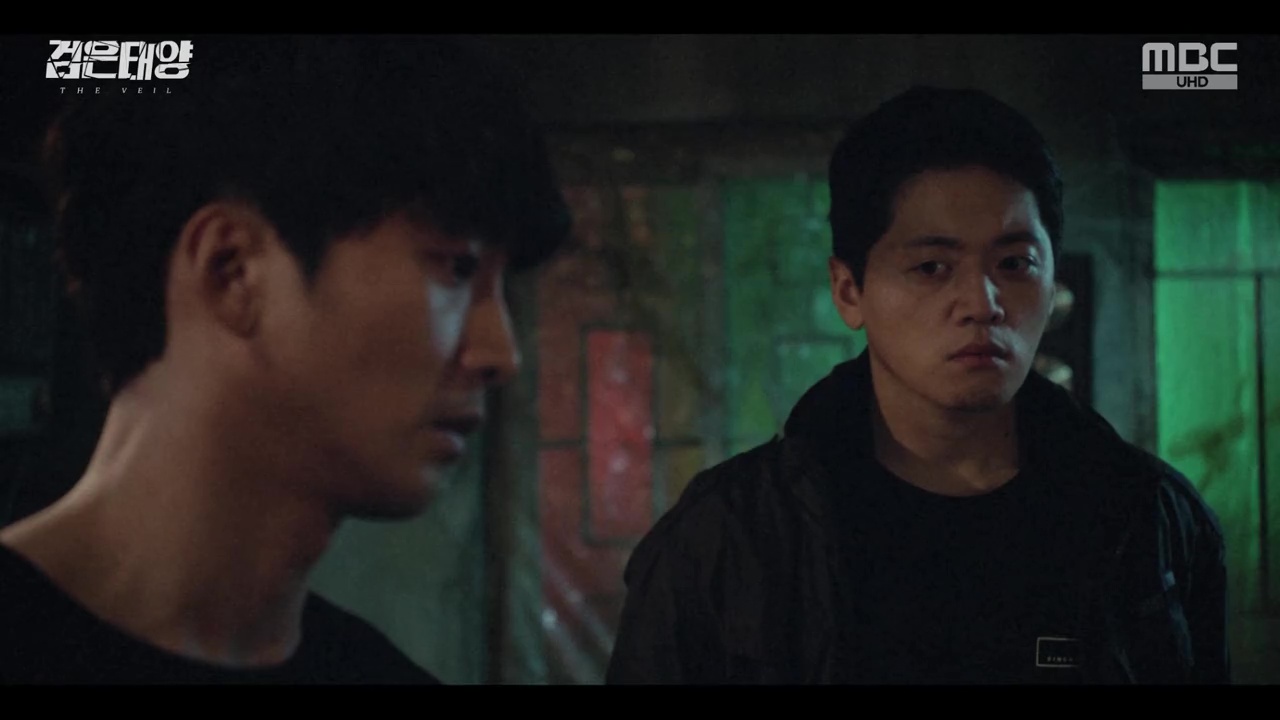 Supposedly, the defection of Ri Dong-chul needed to be stopped by Sangmuhoe, who put their agent Kyung-suk into action. What Ji-hyuk remembered — Dong-wook looking over the dead body of Ri Dong-chul — was correct, except he was already dead when Dong-wook arrived on the scene. And back at their surveillance location, tensions are so high that when Dong-wook shoots Kyung-suk, and then saves Ji-hyuk from Chang Chun-woo, Ji-hyuk thinks it’s Dong-wook that’s the threat and shoots him dead. And it’s about as chaotic as that sentence was.

Ji-hyuk is the last man standing in this mess of bloodshed and horror. This is the moment here Ji-hyuk literally loses his mind, and descends into this pit of madness and despair where drugs and forgetting the memories that plague him are the only way he can move past the trauma and continue to fight. Thus his strange plan, from the use of ZIP, to the messages to himself, to his recapture, were set in motion. 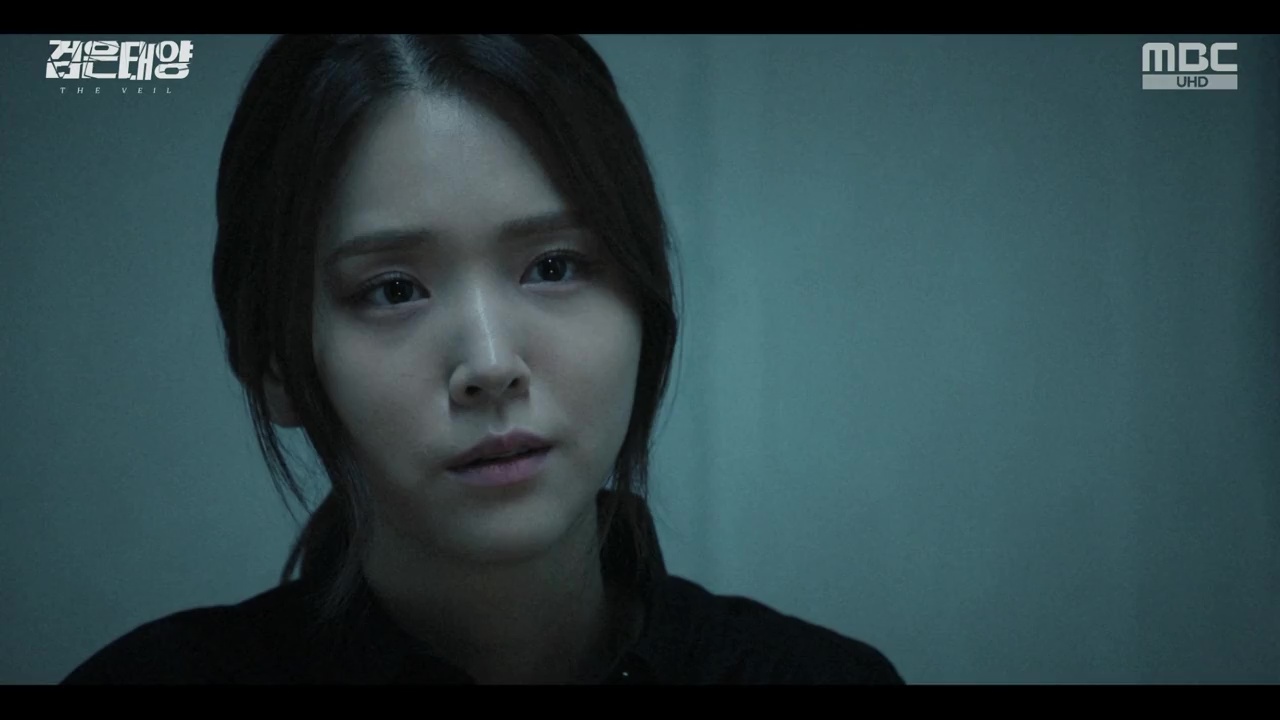 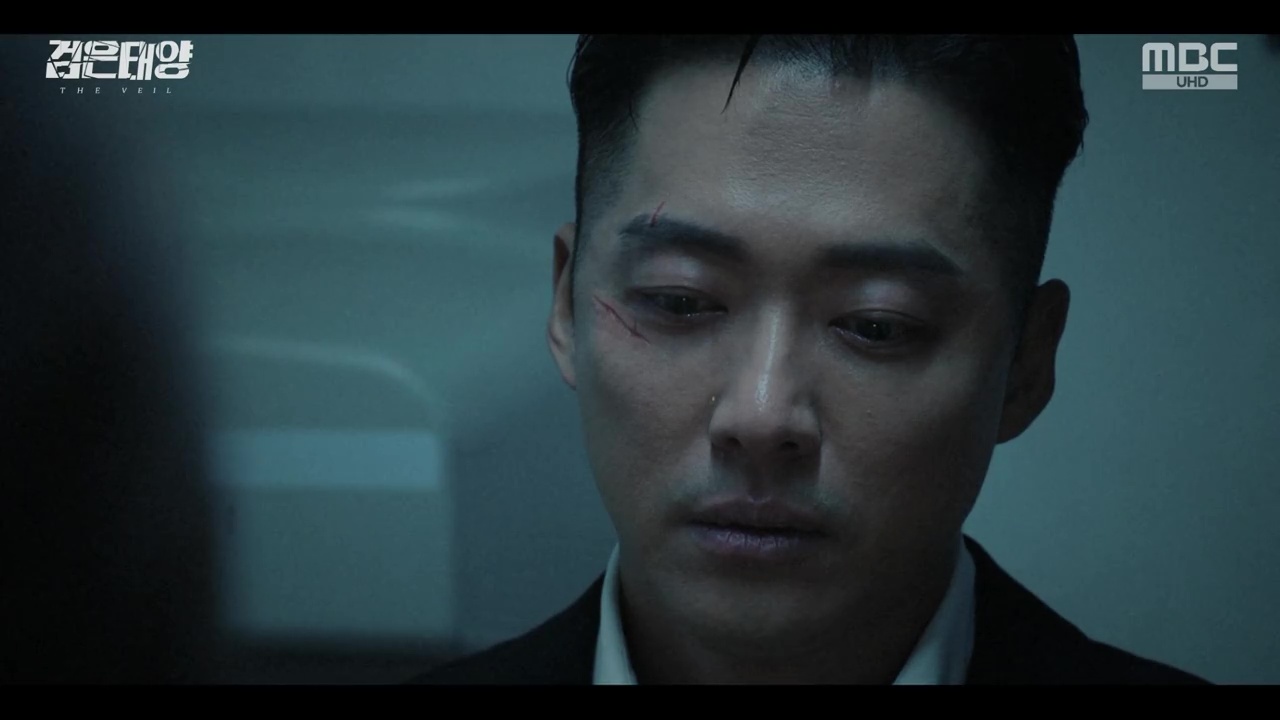 It feels like the drama should — or could — be over at this point. We’ve gotten all the backstory filled in, we know who the mole is and all the chaos that’s happened because of him. We’ve also seen the other power struggles and mistaken loyalties that went on in the NIS. Everyone who was involved is devastated for what Ji-hyuk has suffered, and Deputy Director Lee is imprisoned.

But what really happened with all the unraveling? It feels genius and yet I’m left scrambling for meaning all at the same time. The reveal of the Shenyang operation made a lot of sense and I see why it happened that way. I also see why Ji-hyuk’s PTSD from his childhood led to the psychotic break and drug use. But un-remembering all of that trauma only to expose Deputy Director Lee seems a little… not enough? Or it is enough that everything was exposed, and all of the NIS was forced to confront their separate factions and the damage they’ve done? 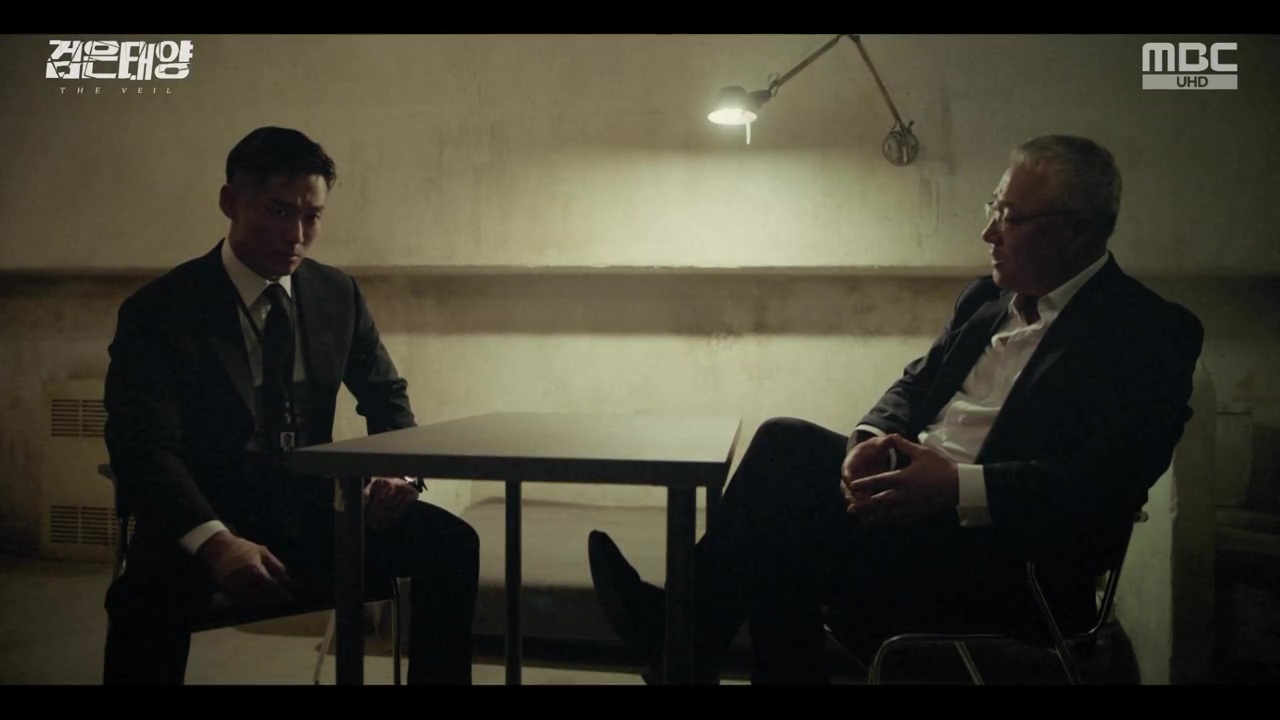 Our final curveball arrives while Deputy Director Lee is in prison. Ji-hyuk visits him and while questioning him, gets a truth bomb he wasn’t expecting: it wasn’t Kyung-suk/Sangmuhoe that dispatched Ri Dong-chul after all. It was Baek Mo-sa. Indeed, Baek Mo-sa seems to be the mastermind of this entire disaster, and was steps ahead of everyone, seeking his own revenge.

So! I suppose there is more coming in the final week after all, and that looks like a Ji-hyuk/Baek Mo-sa showdown. It’s already complicated because of Ye-ji, but even more complicated now because of the role Baek Mo-sa had in Ji-hyuk’s Shenyang operation. And who knows how it will all resolve.

How will Ji-hyuk be able to make peace with everything that’s happened? Are there more twists awaiting us in our final week? We’ve seen how Ji-hyuk’s psychological scars began with his parents’ death and even how his misinterpretations and memories of that awful scene impacted who he became. Is there room for Ji-hyuk to have misremembered other things as well? 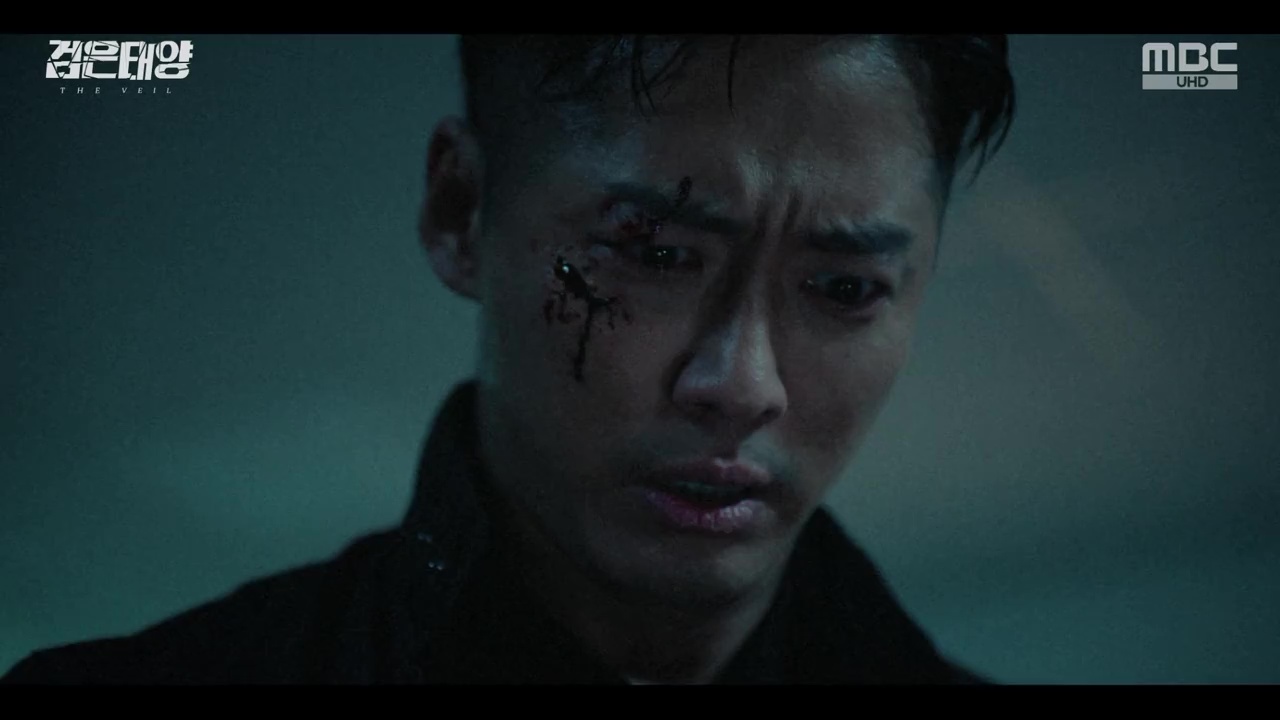 I wasn't really surprised by the different twists. But it was nice to see them finally work together.

I'm not usually a spy/action fan, but this is great! Who the baddie is is constantly changing.

I was almost out last week, and only watching because of NGM, but this week's episodes... well, they got me in track once again. I liked how every piece of information found its place and gave the global picture. And yes, most of the twists were expected (like, did anyone not expect that it had been actually JiHyuk the one who killed his mates?), as well as JeYi being undercover, but I really liked how it all was played.

And above all I have to praise NGM acting. This drama wouldn't stand without his solid acting and his presence (I have another revenge drama in mind... make a wild guess). His expression and even his lack of expression is more than enough to carry the drama on his own.

I enjoyed getting a clearer picture of everything that happened in shenyang but I already saw all the twists a long time ago. I was a bit disappointed that the the villain was director Lee (he's a villain in every drama, they just couldn't help but typecast him) but it's all good. Looking forward to the final episodes

One of the main tools for k-drama writers is "the false assumption." This series has had a mountain of false assumptions to unravel, some inflicted by the characters and some on the viewers. I am still not sure HJH has got his facts correct.

As I said at the beginning, this is a world that lacks morality and public accountability. The amount of spy on spy violence lost its impact as we near the big rat conclusion.

Personally... I have to wonder why you would over-complicate your 12 episode action thriller... THIS much...
This still has editing problems, in general structural problems, and nothing really has the intended weight it's trying to have, but it's only got one more week and thankfully Namgoong Min is more than enough to me through that, and who I'm sure actually doesn't need anymore praising for carrying this entire show at this point, but somehow does everything even when he's doing nothing.

Ep 9's ending was a cliff hanger! I think after a slow Ep 7-8 (I think), this week's episode regained the story again.

Also, the poor actors (kinda) whose scenes are Ji-hyuk shooting them over again in the head. They may have replayed those scenes more than needed lol.

I do like that this drama on the premise is a simple done before premise. But I think the twists and shaky allegiances of the characters does bolt the show a bit.