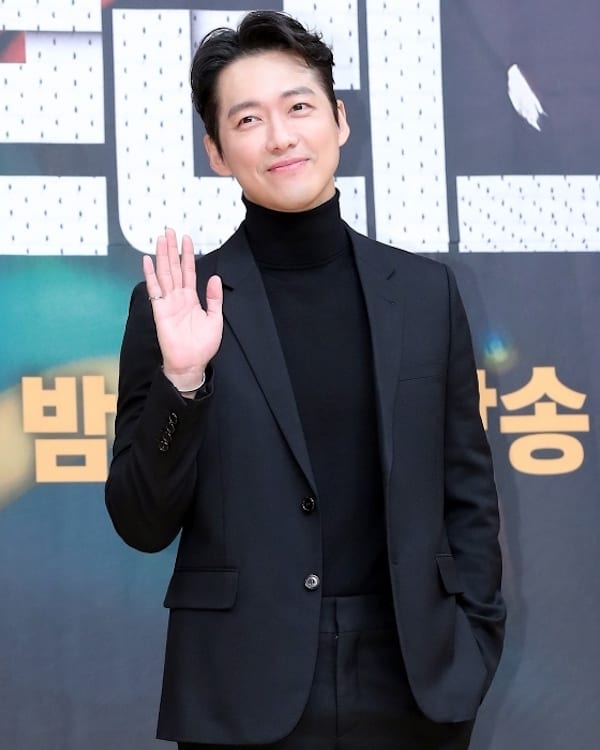 Workhorse Namgoong Min is at it again. Just two weeks after his latest drama Awaken started airing, reports have announced that Namgoong Min is already preparing for his next project. Blockbuster-style spy-action drama Black Sun is a 12-episode miniseries, tentatively scheduled to air on MBC in late 2021.

The plot begins with the top field agent in the NIS who suddenly disappears one morning, putting the organization into a crisis. A year later, he comes back with vengeance in mind, determined to root out the insider that betrayed him and dropped him into hell. Namgoong Min has confirmed that he’ll be playing this lead character, the perfect spy who is admired and envied by his colleagues for his ability to flawlessly perform his missions.
​
Rookie writer Park Seok-ho won the 2018 MBC screenwriting contest for the script of Black Sun. The contest has a track record of producing scripts with interesting drama concepts like Old School Intern, Miss Lee, and Radiant Office. Directed by Kim Sung-yong (My Healing Love, Flower in Prison), Black Sun has received a 15 billion won investment from MBC and Wavve (a major Korean streaming platform) to begin production. The air date has been set for late 2021.​

Simply because he is so good in this kind of role, I have started maintaining a list: thus far, he has/will take revenge as a reporter (Falsify); doctor (Dr. Prisoner), spy (Black Sun). I have not begun Awaken, so I do not yet know whether his cop is vengeful or not. I expect we will in the future see the ubiquitous revenge-minded lawyer and chaebol, but hopefully he will wreak vengeance in other fields of endeavor: chef? musician? taxi driver? (this one he appears to have been pre-empted by others)

I answered your question, but realized that might be a spoiler.

Thank you but although I try to be mindful of spoilers for others, I rarely, if ever, feel something has been spoiled for me because I have long reconciled myself to fact dramas are all about execution rather than actual plot.

Well then, lol, he is in fact out for revenge. You are spot on in your analysis.

It's all in the execution, yes. It's funny that he's been so ubiquitously vengeful, but I'm not at all surprised by your list. The extraordinary thing is that he remains so watchable. I always find his roles and his dramas intriguing and a great pleasure when I would normally find revenge a bit of a yawn. It's that his characters are so clever and sly (in a deeply gratifying way).

Yes! That's so true, and I've loved him in all of his roles--revenge themed, comedic, and downright villainous :)

You'd think we'd be done with his revenge driven characters but I think he does them with incredible taste and somehow manages to make all of his characters different.

Let me tell you (spoiler free) that in Awaken we really don’t know so far if he’s the good guy or the villain.

At least I don’t know!

Neither do I. I will be watching this weeks episodes tonight.
I love cop shows and NGM. In AWAKEN his character is one of the strangest cops I have seen portrayed in a drama. I hope writer-nim is in good form.
The thing about DOCTOR PRISONER was the writing and that NGM’s character’s nemesis was played by Kim Byung-chul. With a superb script and those two going back and forth (like an evil tennis match) DP was mesmerizing for me.

You seem to be enjoying it a lot but I've put if off because I read the review on here for the premiere and some said it had some creepy supernatural elements. Ahaha I don't know if I could watch this....but NGM! I'm so divided.

Yep, we don't know if he's the good guy or the bad guy. I'm pretty sure he's out for revenge, and I'm pretty sure he's an "extraordinary" person. That's all I should say, except to add that he is once again compelling. He does enigmatic so well. I'm not into much supernatural either, but Awaken isn't bothering me. It's a mystery. BTW I loooved the battle of wits in Dr Prisoner with KBC's character. Too good.

Awaken.. his character might be most dark twisted lead character I have seen in a K drama.

i love the lollypop sucking in Awaken! can't tell quite yet how he will turn out but that is some of the fun! he could be a revenge street sweeper and do it superbly. and yes, i will watch him in whatever he does.

I really don't like spy-action dramas or Namgoong Min, but I hope a blockbuster with NGM will help MBC out.

I have nothing to say about the Black Sun thing but... look at that pic.. I mean.. my heart..

Your heart. My heart. This man.

can i be third heart?!

thanks! love that man's acting and eyes!

The reported budget is higher than normal.

Workhorse Min sounds like good bet at a racetrack.

NGM, I don’t need anything to have my attention on it. Gosh, I’m so biased!

Love this guy! He's a consummate professional!! Good for MBC for trying to gain back viewers with NGM, who has been choosing well in the last 5-6 yrs now. I also hope he gets the Daesang!!! PLSS!!! He deserves it wholeheartedly.

Why do I feel like I've heard of that title before...