More dramas coming in hot and filling out our schedule quite nicely. Adding to the Monday-Tuesday slot is our “crazy” rom-com, while the Wednesday-Thursday slot gets new competition by way of Kim Haneul, and a new crime thriller is added to the weekend, courtesy of OCN. 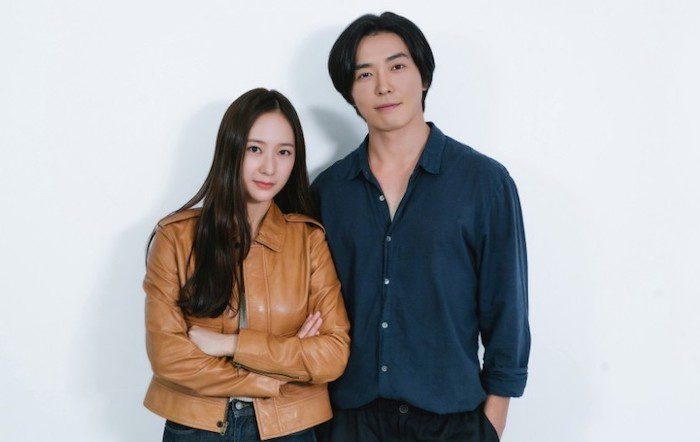 Reasons to watch: I’ve been nuts about this drama since they started releasing their crazy teaser posters and videos, and now it’s finally here! The full trailer gives us a more solid sense of what the drama will look like, but that’s not saying the “crazy” in Crazy Love is still not present. Pulling some heavy tropes into the mix (terminal illness, secret revenge, CEO/secretary sitch), I think the drama will do great if it takes them and runs wild. If ever there was a drama that wanted to go a bit crazy, it looks like this one, so I’m hopeful we’ll get a show that has as much shameless fun with its tropes as Business Proposal, but that injects some black comedy and weirdness, too. 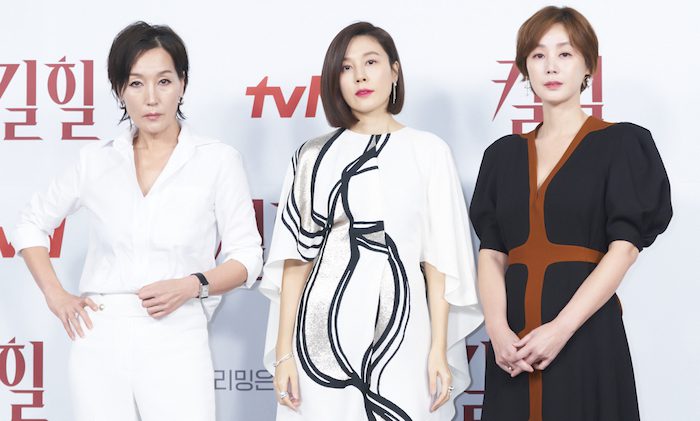 Reasons to watch: Kill Heel lost a little bit of its momentum what with its two-week delay, but it’s finally premiering this week. And even with all the teasers and stills, it’s still hard to say exactly the sort of drama we’re going to get. The cutthroat world of a home shopping channel is very last-decade for K-dramas, so it’ll be interesting to see where they take this. The cast is full of fabulous woman with great careers (both in-drama and out), so even if the tone and tenor are a question mark for now, at least we know we’re in for some great performances. 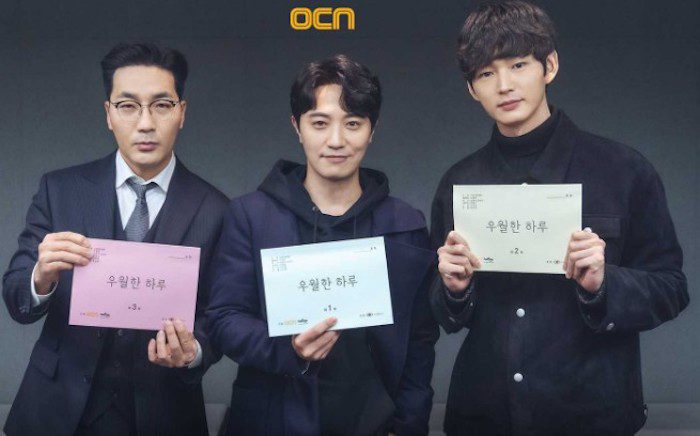 Reasons to watch: Long time no OCN! They’re back with an appropriately dark and twisted tale that’s led by Jin Gu, Lee Won-geun, and Ha Do-kwon. I’ll be shameless for a moment and say that it was Lee Won-geun that sparked my interest here (Sassy Go Go shoutout!) — but even more interesting that he plays a serial killer. He’ll have fun with that, I’m sure, but the other characters in the drama not so much. All three characters find themselves in a tangled web, and with some promising promos (I love the poster so much!) and a short episode count, this could be a nice tightly-written thriller.

I have a strategy for shows like CRAZY LOVE: A temporary subscription to the streaming service. I am about to cancel my Peacock subscription, now that the Winter Olympics are over, and in about a month will subscribe to Disney+ for about a month. That is when I will watch CRAZY LOVE and a few other shows that Disney+ has- and then I will unsubscribe because I really do not like the Disney corporation and do not want to spend more than I have to.

Unless you are going to use a VPN or are in SEA, make sure you don't subscribe until Disney+ actually has Crazy Love.

Your point is very well taken.

I'll give Kill Heel and Superior Day a try. I guess I won't be watching Crazy Love since Disney+ scooped it up.

Crazy sounds promising, and the director did My Fellow Citizens, so I'll have to at least give it a try.

Kill Heel: the premise doesn't interest me, the director has done shows that I disliked, neither he nor writer have done anything I have seen and liked. So unless everyone else seems to love it...

I'm interested in A Superior Day too to see Lee Won-geun play a serial killer.

Just wanna add that Kill Heel is on iqiyi 'coming soon' list, so it's very likely that it will be available on the flatform when it airs.

She has such gravitas and presence in any roles she plays - a head turner!

I don’t even know the actress but I’m feeling that pose. The gaze! So daring and hot

I’ll admit, I was more looking forward to CRAZY LOVE before I heard about the terminal illness portion of the plot…The leads are enough for me to at least check it out though.

Probaby a pass on Kill Heel unless I hear glowing things. Nothing about the premise or the actors really grabs me, but I could be persuaded if reviews are good.

A Superior Day I only heard a little about, but the cast looks solid, so I’ll probably at least give it a couple episodes. And it only being 8 episodes means if it’s solid I’ll be likely to finish it. Though is it only one episode a week? I sure hope not.

Crazy Love has caught my interest because of the title, I haven’t read the synopsis but I hope the drama is crazy fun and wild.

I’m not too keen on Superior Day...but for Lee Won Geon. Our Crinkles! How I’ve missed thee. And not only that, he’s playing a serial killer. I just know he’ll pull it off, his innocence will play nicely against his dark character. What is it about cute guys making effectively chilling psychopaths/serial killers?