Three cleaning ladies who are struggling in life decide to take advantage of their relative invisibility at the office where they clean. Soon, they start stealing — and acting on — insider trading secrets.

Three cleaning ladies who are struggling in life decide to take advantage of their relative invisibility at the office where they clean. Soon, they start stealing — and acting on — insider trading secrets.

Cleaning Up and snooping around with Yeom Jung-ah, Jeon So-min, and Kim Jae-hwa 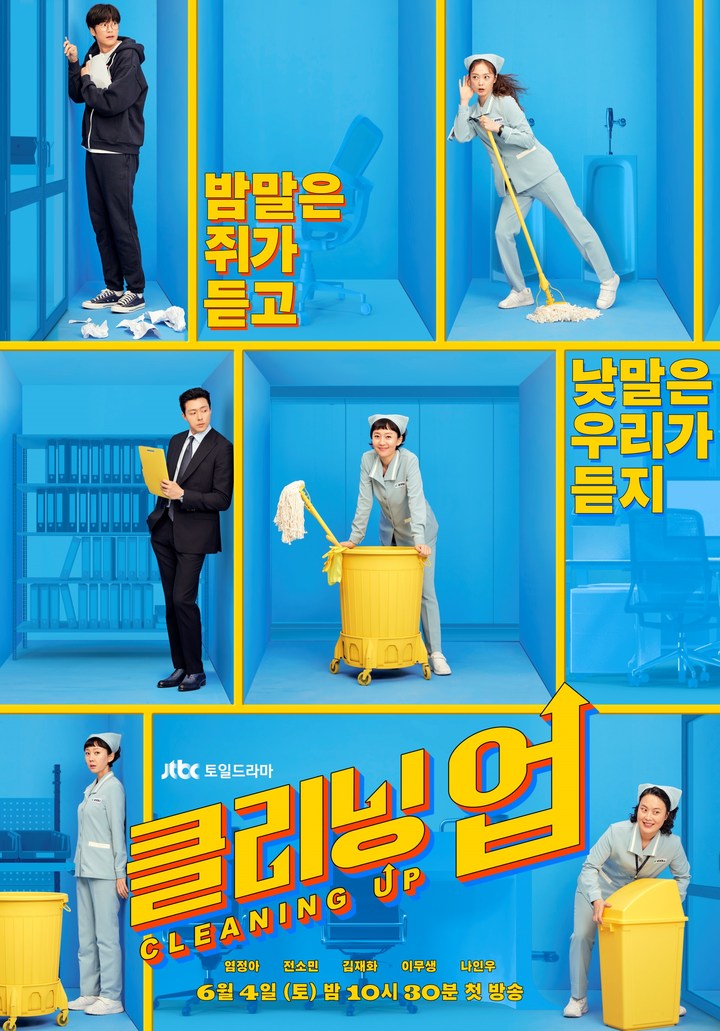 I’ve really been enjoying the retro vibe of all the posters for JTBC’s Cleaning Up, and the fun new video teaser gives us a closer look at the drama’s tone.

The upcoming comedy stars Yeom Jung-ah (SKY Castle), Jeon So-min (Show Window: The Queen’s House), and Kim Jae-hwa (True Beauty) as three besties who work as cleaning ladies. When by chance they overhear about an insider trading deal at work, they decide to take the leap and try their hand in the stock market themselves.

In supportive roles, we have the mysterious Lee Moo-saeng (Thirty-Nine) who works as some kind of informant for a law firm, but no one really knows what his work involves. We also have Na In-woo (River Where the Moon Rises) as a PhD student in engineering. How the two get involved with our three leading ladies has not yet been revealed.

The newest teaser opens with Yeom Jung-ah looking out the window at work, narrating: “We’re invisible people. We’re in the same space as others, but it’s like we’re not there. However, they say that’s an advantage for us.” As both Yeom and Jeon So-min go about their cleaning, unnoticed by others, Yeom continues, “While wearing this uniform, it’s not just the mens’ washroom that we can enter. And so, we’re going to try using that advantage.”

The next two text screens read, “The covert and daring hit-it-big project,” and we see Yeom Jung-ah, Jeon So-min, and Kim Jae-hwa sneaking around, wiretapping the office, and eavesdropping for information. Kim agrees with Yeom, “No one is suspicious of the cleaning staff.” And Yeom explains the plan, “We’ll know which company’s stocks are going to rise so we can buy them beforehand and sell once the prices are up.”

We then cut to Yeom Jung-ah and Jeon So-min excitedly checking their accounts, “We already made more than 1,400,000 won!” Kim Jae-hwa is shocked to see the amount as well and concludes, “This is a once in a lifetime opportunity.” The final text screen reads, “The fearless unnies are coming.” But the teaser ends on a worried Yeom and Jeon, who listen in horror as a repairman begins drilling in one of the tapped rooms. 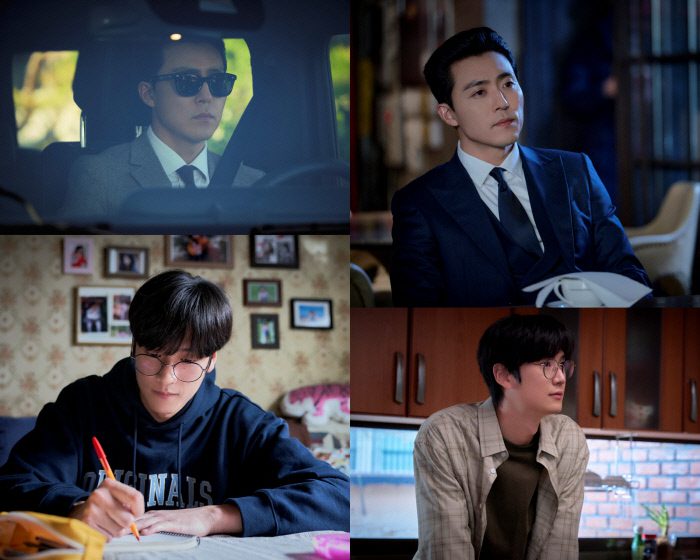 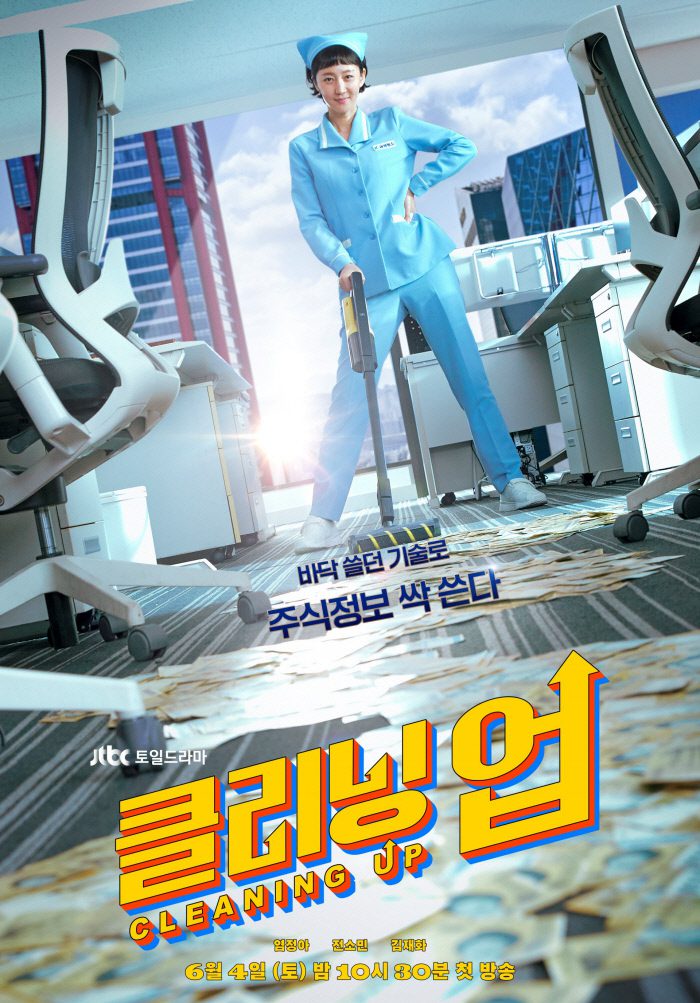 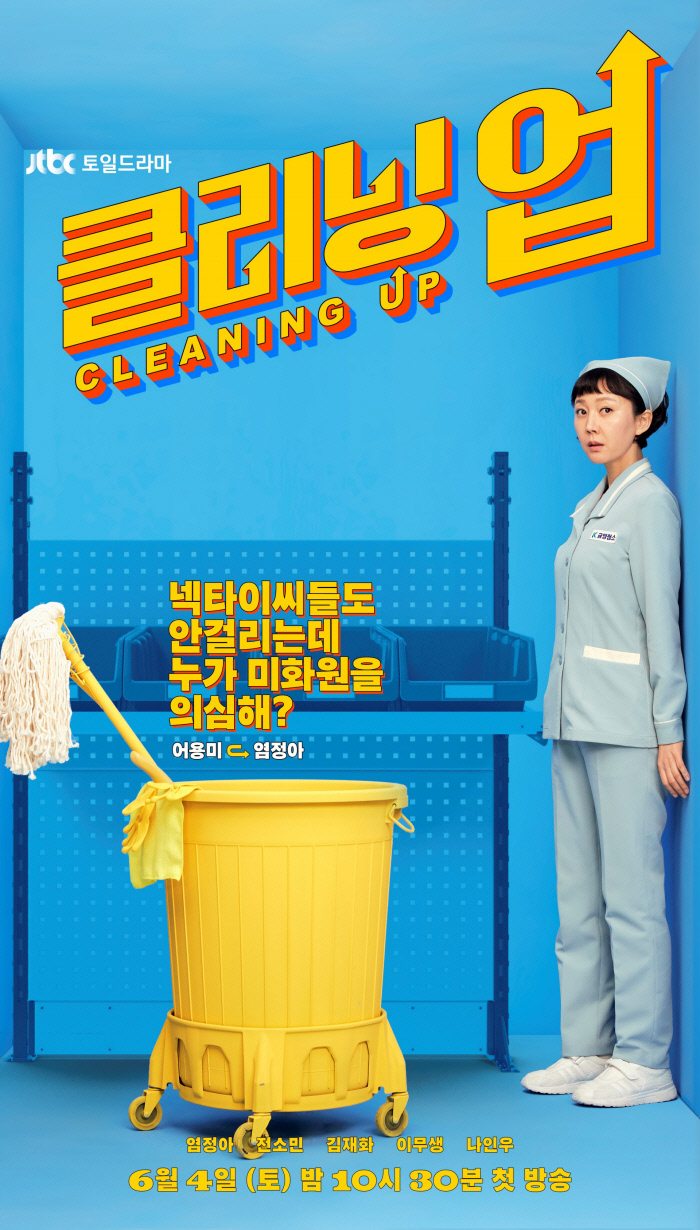 “…following My Liberation Notes.” Now that makes me sad to even imagine. This still looks fun though.

This one looks really interesting. I read that it was based on a UK show I didn’t see the original but I bet this will be a massive improvement.

I was hoping for a simple story about cleaning ladies, their life with humor. The money/gambling/finance part doesn't interesting me at all...

@Kurama: From your lips… It would have been refreshing just to have the major plotlines be about their lives. Funny and otherwise.
And, their side hustle can go seriously wrong for them if the fictional SK in the drama has laws which criminalises anyone profiting from insider-trading (including third parties). And, given the impunity that most white colour criminals enjoy the world over in RL, not a stretch to imagine that their fictional counterparts are largely and similarly remain unpunished. I hope we don’t have to tolerate too many scenes with the archetypal dudes screaming every second sentence ( ie conceited shitheads) who think they are masters of the universe.
Also, the ahjummas shouldn’t have texted their admissions. Bad move. Now there is an electronic trail of evidence for the state to try and prosecute them instead of going after the main baddies.

This looks super fun. I wonder if the show will go into the issues of class and gender, but I'm rooting for the female leads regardless. Sweep 'em off their feet and go get your money, girls. 💅

Like you, I hope this is a funny-but-with-serious-undertones show about cleaning ladies. One of the less pleasant jobs--but with the most interesting coworkers-- I ever had was as a janitor for several years during college.

The ladies I worked with were smart, tough, and funny, and if they had come from different class or racial/ethnic backgrounds and had been given more opportunity, they would have been great business analysts (or sociologists, or lawyers).

Constantly dealing with other people's messes, you can't help but acquire wisdom, and a fair amount of cynicism, about human nature!

Very wise comment and so true! The way some people treat blue-collar workers really tells you a lot about their (unfortunate) character.

This looks definitely fun! Where is it streaming (legally)?

I believe this also will be airing on Netflix. So, kudos to that!