A man who is struggling to support his family accidentally finds himself in possession of drug money. Out of desperation, he begins working as a drug courier, and experiences the harshness of the criminal underbelly.

A man who is struggling to support his family accidentally finds himself in possession of drug money. Out of desperation, he begins working as a drug courier, and experiences the harshness of the criminal underbelly.

The first promos have dropped for Netflix’s original series A Model Family and if the teaser is anything to go by, this crime thriller certainly has its own flair with intriguing music and cinematography.

The drama stars Jung Woo (Mad for Each Other) as Dong-hwa, an ordinary man who used to do all the right things in life. But now he’s at his lowest point, facing possible bankruptcy and divorce from his wife Eun-joo – played by Yoon Jin-seo (Jackpot). Dong-hwa’s moral compass is thus tempted when he stumbles across a dead man’s car with a big bag of cash.

This puts him on the radar of Park Hee-soon (Dr. Brain) – playing mob boss Ma Gwang-chul – who, of course, wants his money back pronto. Complicating matters, Park Ji-yeon’s (Red Heart) police officer Joo-hyun is on both their tails, trying to solve the crime and ensure justice is served.

The newly released teaser begins with police officer Joo-hyun investigating the case and as she spies on mob boss Ma, she tiredly wonders, “Why I am here, what sh*t are you up to, and who is that professor?” We see that both Dong-hwa and Eun-joo have been added to the police board, noting that Dong-hwa is an English major who works as a part-time lecturer while Eun-joo discontinued her studies after three years.

An angry Dong-hwa slams his books in the middle of class and we flash back to him finding a car with dead bodies, as well as a bag filled with money. Meanwhile, officer Joo-hyun mulls over Dong-hwa’s connection with the mob, “What and how much does he know? I’m curious why they let him live…” We then briefly cut to the mysterious Kim Sung-oh (Money Heist: Korea – Joint Economic Area) before returning to Dong-hwa, who tells his wife, “I’m going to protect our family and you as well.”

But mob boss Ma is keeping watch on them all and Dong-hwa is soon in danger. After a text screen that reads, “The people who became fully entangled because of a dead person’s money,” we see Dong-hwa banging his head on his steering wheel before getting threatened by the mob. The teaser then closes on officer Joo-hyun who concludes, “Ah, they really are an amusing family.”

Written by Lee Jae-gon with directing helmed by PD Kim Jin-woo (Love Alarm 2, Healer), A Model Family will be available August 12 on Netflix. 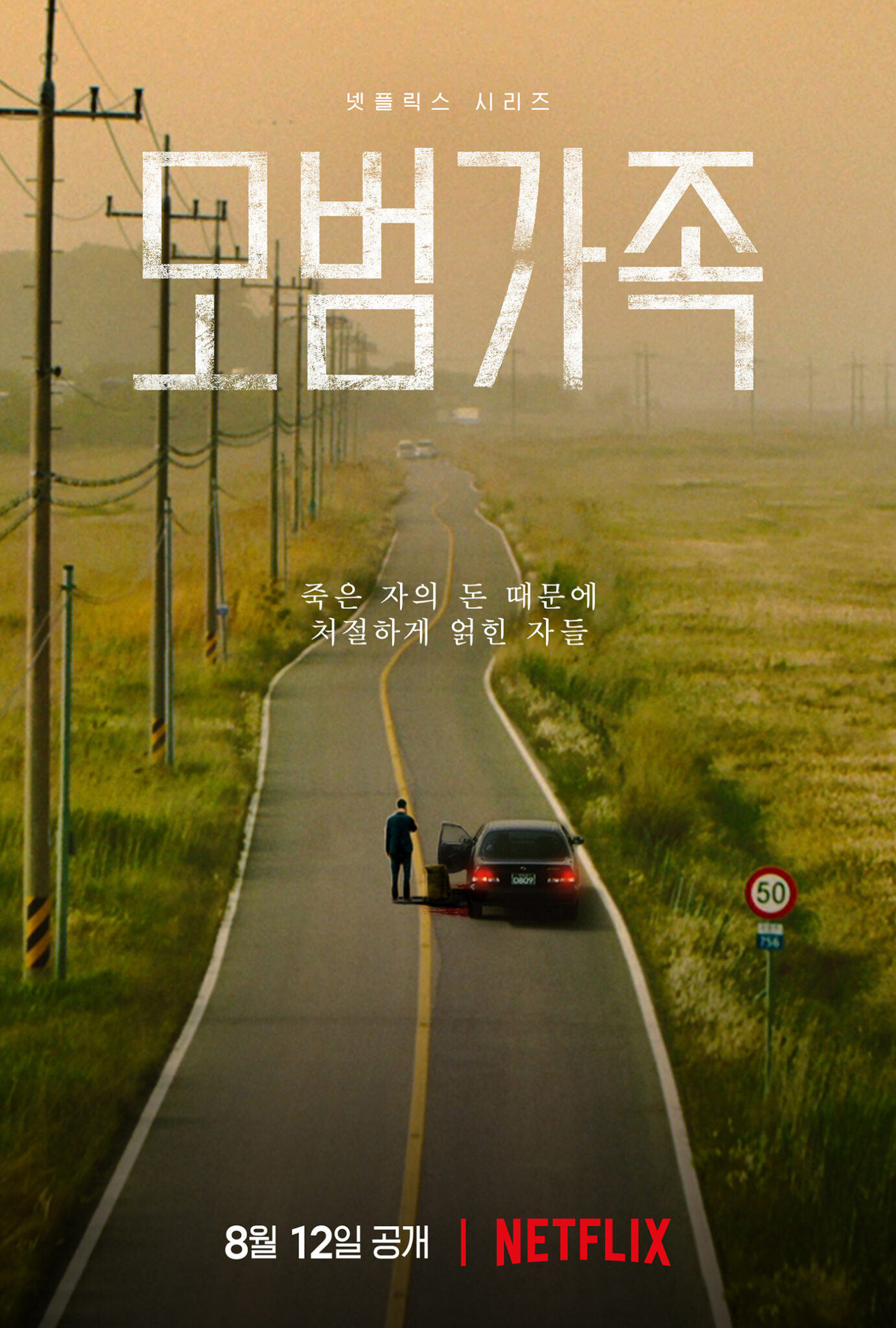 Park Hee-soon as a mob boss is a must-watch. He was the only reason to watch My Name.

+1. Park Hee-soon was so hot in My Name that I got sidetracked. Instead of focusing on how awful his character was, all my brain could do was oogle him.

He and the FL had so much sexual tension (intentionally or unintentionally) that I wondered if they caught feelings for each other and if the show was going down that route.

That would have been a better story,confess i wanted this as well...

I rarely feel pity or bad for the ones who stupidly took money that is not theirs, so not sure I want to watch it.

But there is Park Hee-Soon as a mob boss, like everyone, he was the only reason I watched every episode of My Name.

There are certain scenes that can only happen in the world of fiction:
It’s late at night and there’s a thunderstorm, you live alone and you hear a scary noise outside… you decide to go and investigate.
You are on an isolated road and see a car parked randomly, you decide to stop and investigate, you see dead bodies and a bag of money…you decide to take the money.

There are also perfect coincidences, though a rarity...you happen to be just right there at the exact time those things unfolded sequence by sequence

This plot and title is a very good oxymoron. It's really dark.
And Park Ji-Yeon after Red Heart, I cannot miss.

Park Hee-soon is so sexy that I had to pause My Name every five minutes to just stare and hyperventilate. That scene where he started angrily stripping…lives were changed. All this to say that I would drop everything important in a heartbeat to watch Park Hee-soon as a hot mob boss. And I also get to see Park Ji-yeon soon after her phenomenal turn in Bloody Heart. A true win-win scenario.

🤣 Thanks for my laugh out loud comment for today!

How wonderful that this comments section has become a Park Hee-soon Appreciation Board. I still haven't got around to watching My Name, but I do have a GIF of the angry stripping somewhere on my fan wall.

Every comment section should be a Park Hee-soon Appreciation Board. That man is too fine to not be the focus of every conversation.