Mad for Each Other 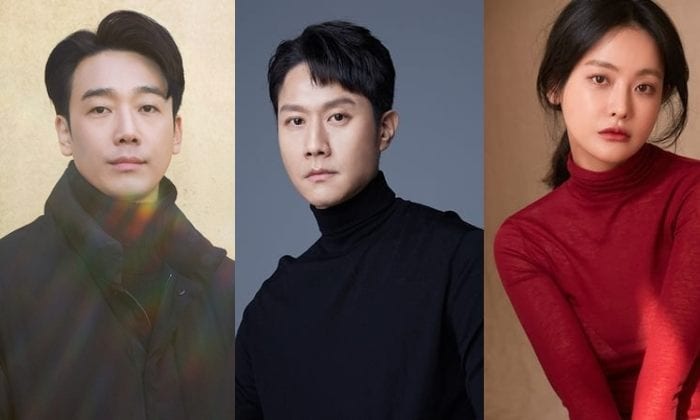 Jung Woo plays Noh Hwi-oh, a guy with anger management issues and 0% control over his temper. Although he is quick to anger, it’s because he’s that passionate about the things that are dear to him. He’s a violent crimes investigator for the Gangnam police district.

For most of his life, he thought things were going okay, but one day, a complete reversal happens, and he begins to resent the entire world and everything in it. As a result, he becomes This Neighborhood’s Crazy Guy. (Note: The title refers to both Oh Yeon-seo and Jung Woo’s characters because in Korean, it translates directly to This District’s Crazy X with X androgynously referring to bitch or bastard.)

Oh Yeon-seo plays Lee Min-kyung, a gal who is 100% bound to provoke anger. She used to have a solid job and with her beautiful appearance, she had a good life until “that incident” occurred. Afterwards, she lost everything and began suffering from intense anxiety, delusions, and paranoia that lead her to anger and alienate everyone around her. As she continues to interact with No Hwi-oh, their craziness implodes and turns into love.

Kim Nam-hee has been cast as a character who holds the key to the incident that changed Lee Min-kyung’s life forever.

Since it’s a web drama, the format of This Neighborhood’s Crazy Guy is a little different from traditional dramas, with each episode in this 12-part series being 25 minutes long. Production has already begun with Age of Youth, director Lee Tae-gon, at the helm. The drama is set to air sometime in 2021.

I haven't seen either of these actors in a while, so I will check it out. However, the premise, lol. Sigh, 😅.

It's been a while since Trash Oppa. WB to dramaland Jung Woo <3.

Oh Yeon-seo can have great comedic timing, and I miss her onscreen, so I will give this a try.

I think I will pass this one, I have trouble with "angry for nothing" characters. I'm not of fan of dramas where the characters always scream neither...

Casting news in Korea are weird to me lol. This show has been filming since Feb or March 2021, and is most likely wrapped up or is wrapping up. But they release the casting news now lol.

I like these actors, but how many more police officers with “anger management issues and no control over his temper” do we have to see onscreen? It might make for interesting television but it’s terrible policing and dangerous for regular civilians they’re supposed to be serving.

This isn’t an indictment of this drama specifically, but I really am tired of television’s glorification of violent policing and police officers. And it’s been shown to have dire consequences in real-life. Give us something different.

anger issue thing is not my favorite trope ever, but it’s been a while since we last saw our favorite trash oppaya (look at my name- it’s a tribute) so i will definitely check this out. jung woo still is one of my favorite actors.

and from the tv shows i’ve seen of oh yeon seo she’s really good at comedic elements so this might be right down her alley.

pair her up with one of those rare actors who doesn’t worry about looking like an absolute fool in front of the camera and it’s gonna be epic.

Seems like the format/length is doable. The description doesn't sound that attractive (male protagonists who can't check their temper are so outdated), but it's Jung Woo and Oh Yeon-seo.