A Korean man goes to Suriname to start a business, but winds up getting caught in the middle of a drug war.

A Korean man goes to Suriname to start a business, but winds up getting caught in the middle of a drug war. 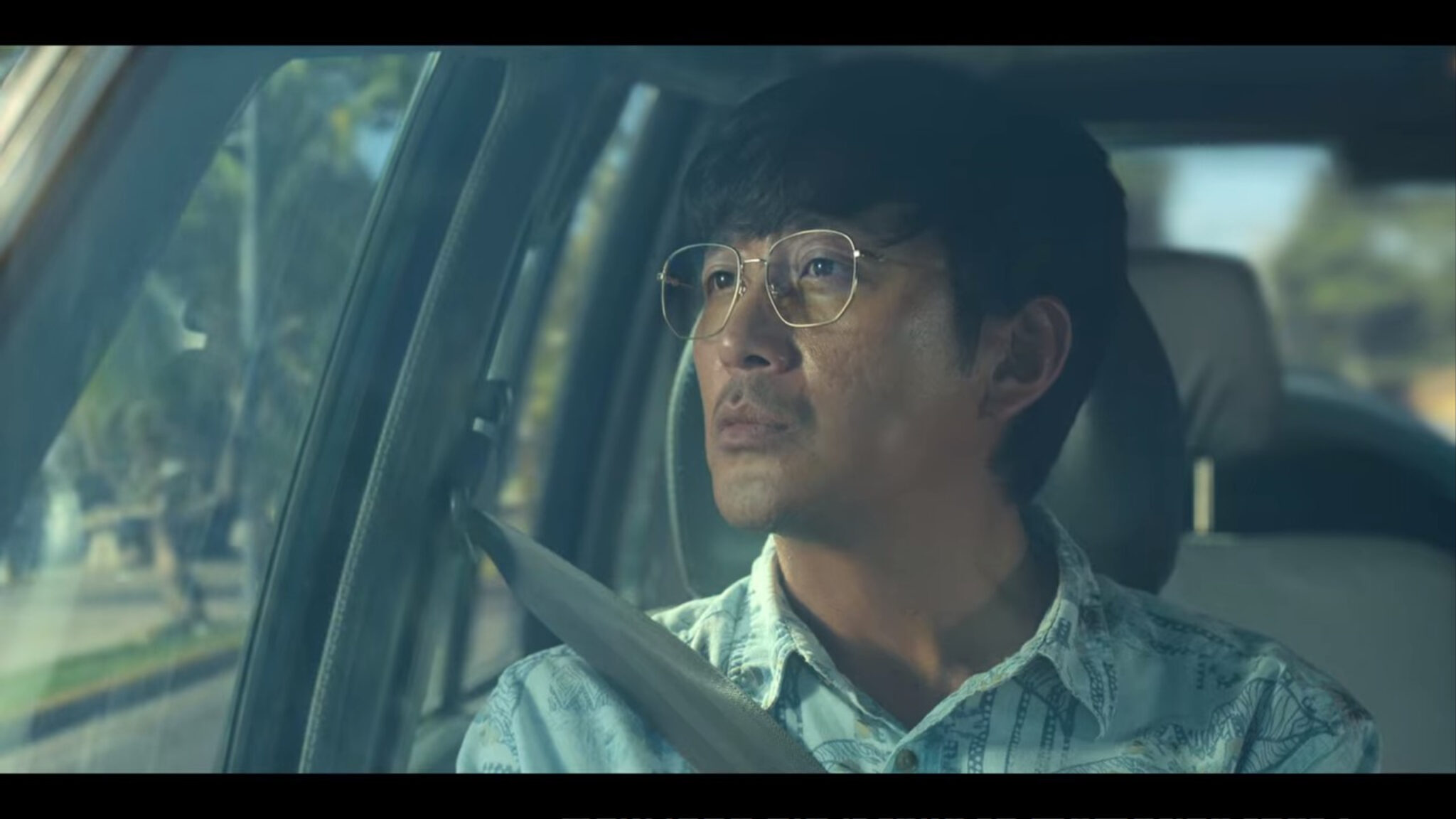 Netflix’s latest drama drop Narco-Saints is just as dark and gritty as one would expect from the streaming giant, but this six-episode limited series is tightly woven and subtly suspenseful. Set in Suriname, the story is about a Korean civilian businessman who unintentionally finds himself caught in the middle of a drug war and the NIS’s plot to extradite a drug lord back to South Korea. 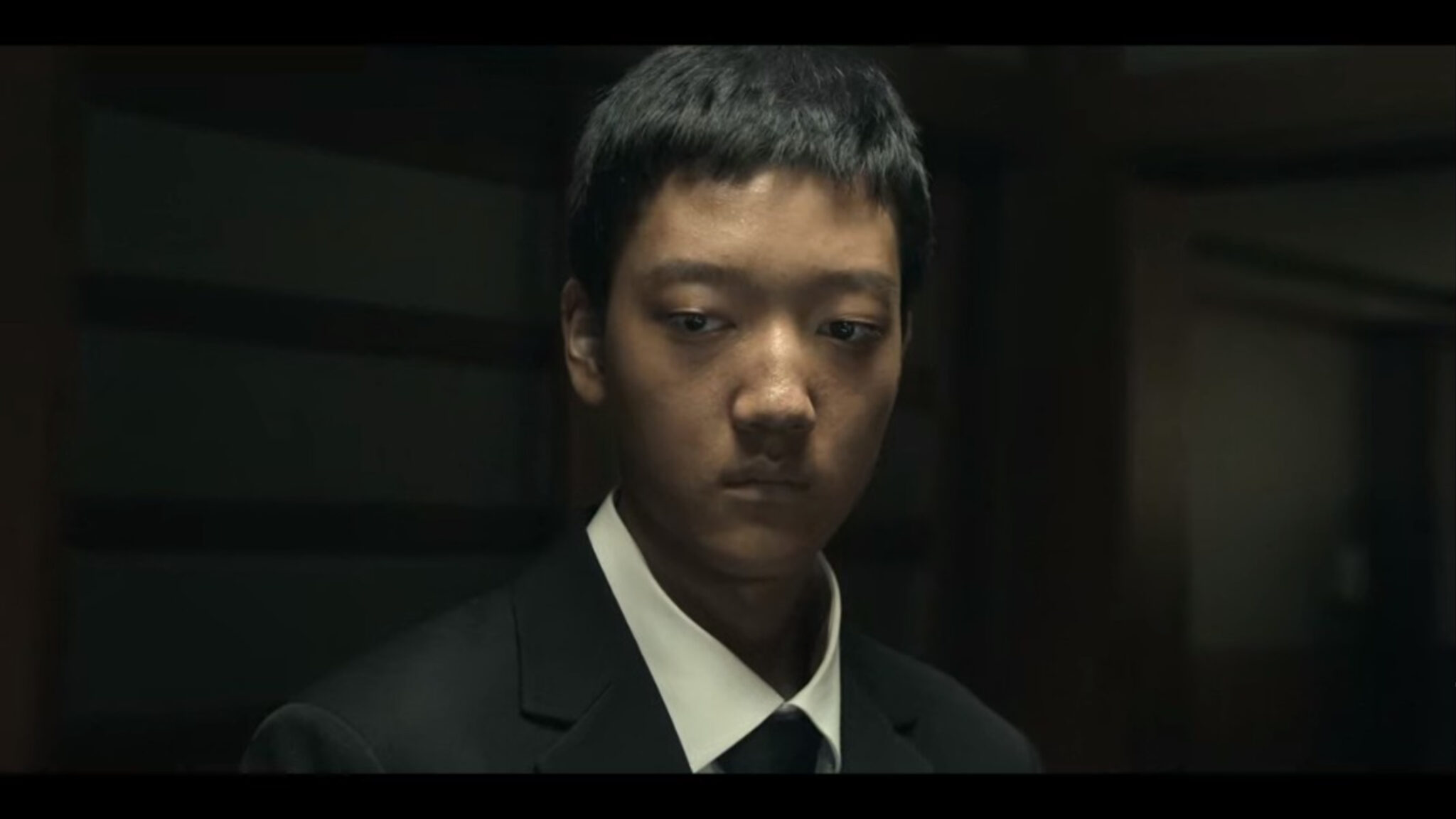 Full disclosure, Beanies: I 100% started this drama for actor Yoo Yeon-seok. So imagine my surprise when the first episode rolled credits, and I found myself eager for more even though my favorite actor had yet to appear on the screen. As someone who leans more towards campy rom-coms, I was not expecting to binge this drama in one sitting, but here I am.

The first episode of Narco-Saints takes its time introducing our main character KANG IN-GU (Ha Jung-woo) and the circumstances that led to him going undercover as a civilian informant for the NIS. Starting with his father’s return from the Vietnam War, In-gu recounts his life’s story with an almost detached objectivity, weaving the tale of a young boy who became the breadwinner and guardian of his younger siblings far too soon. Every choice he made in life — from his decision to do judo to marrying his wife — was made out of a sense of survival, and in the present he works several jobs to provide for his family. Despite all of his hard work, he hasn’t dug his way out of poverty, and he wonders if he, like his father, will work himself to death. 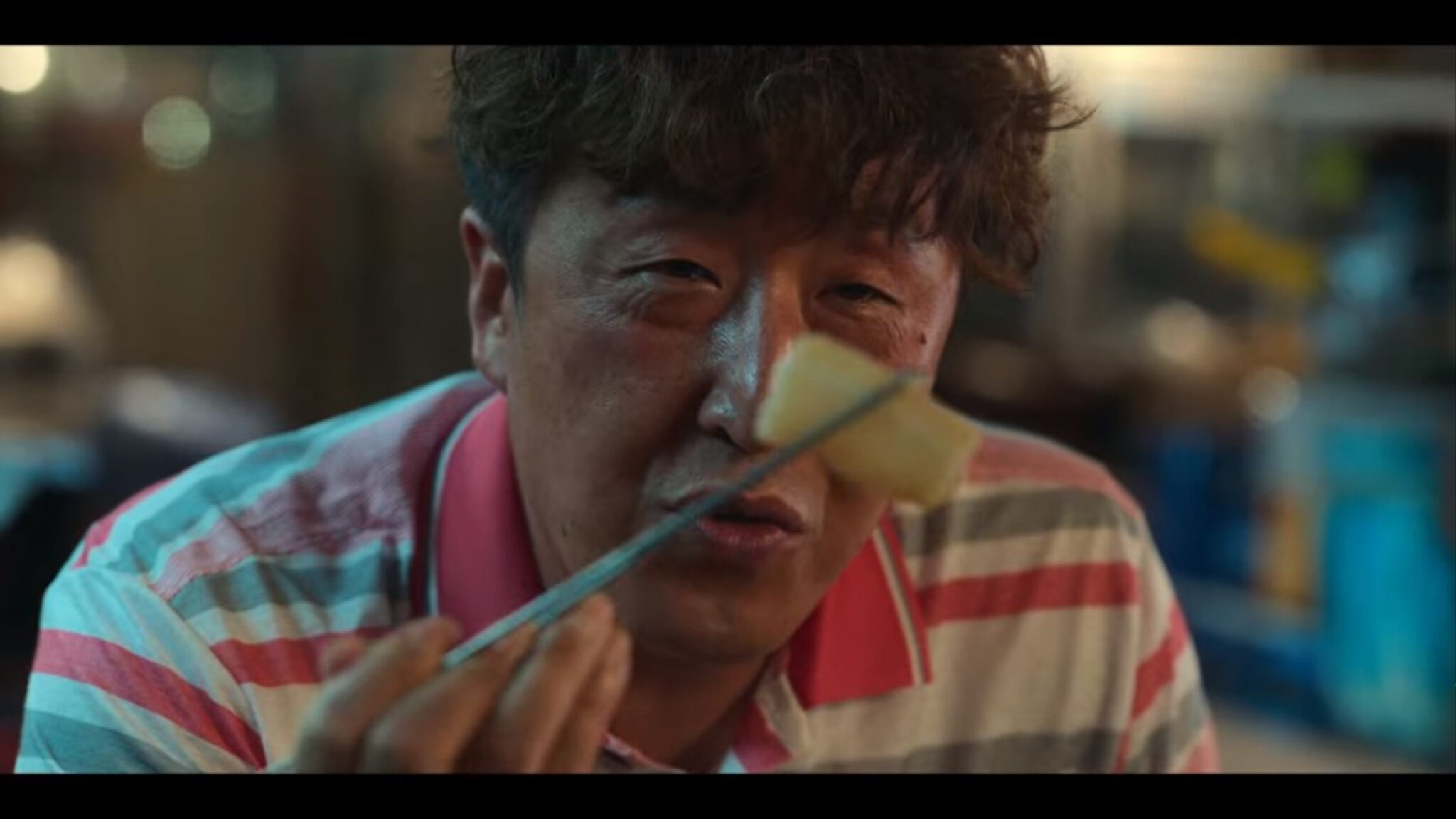 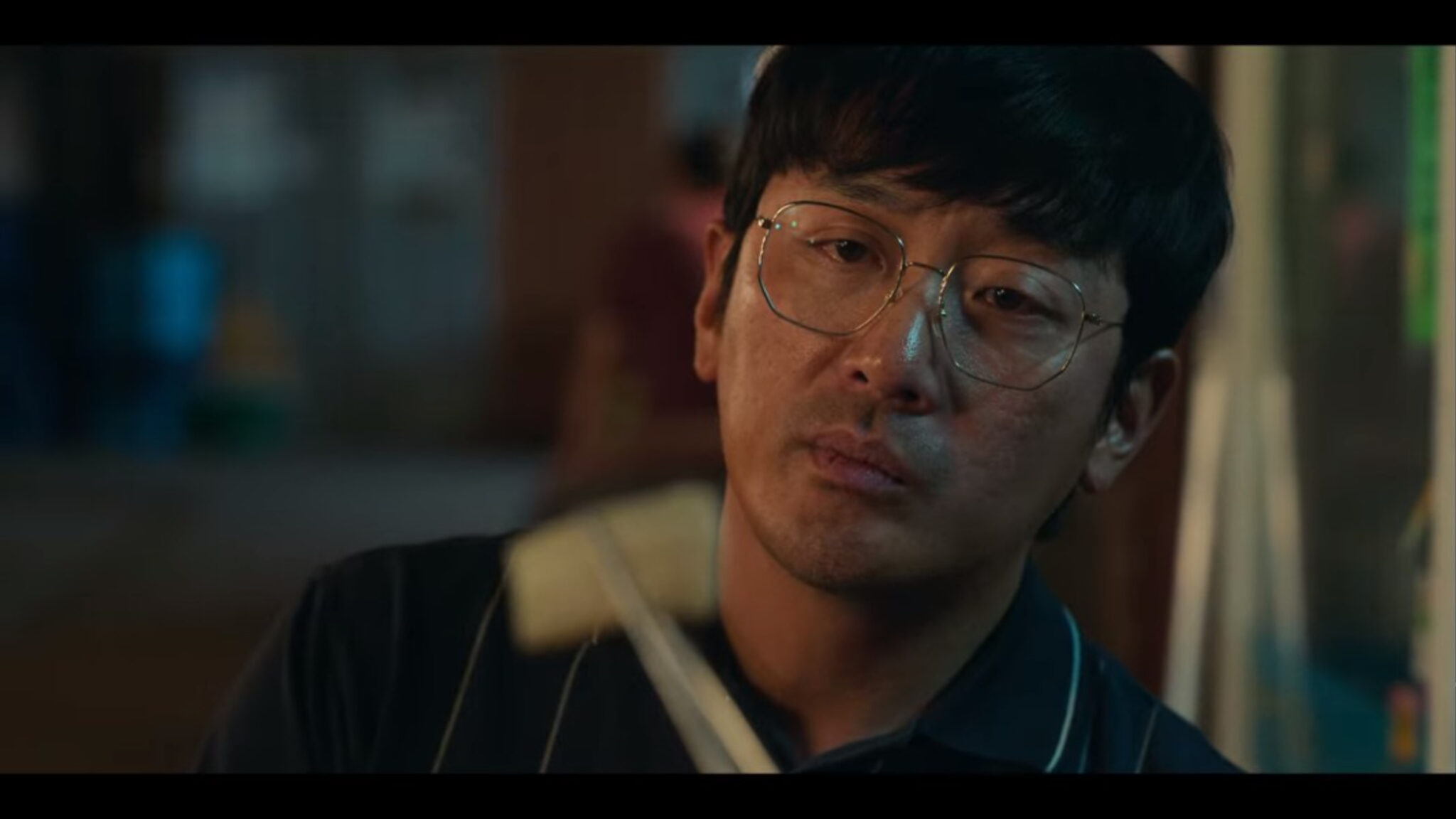 When his long-time friend PARK EUNG-SOO (Hyun Bong-shik) approaches him with a lucrative business opportunity, In-gu is at first dismissive, but after doing his own research, In-gu realizes that Eung-soo’s plan could prove fruitful. Skate, a fish popular in South Korean cuisine, is primarily imported from Chile, and their monopoly allows them to set an exorbitantly high market price. But what if In-gu and Eung-soo could buy skate for cheap from an unknown country where it’s viewed as unappetizing and worthless?

And so, In-gu and Eung-soo travel to Suriname and begin exporting skate to South Korea, but even a legitimate business like theirs cannot escape the corruption found in this small country. Almost immediately, they are approached by the Surinamese army and are forced to pay protection fees that eat into their profits, but the army doesn’t follow through with their promise of protecting their skate business from the likes of CHEN ZHEN (Chang Chen), the leader of the local Chinese gang. He also wants a piece of In-gu and Eung-soo’s business, and their lives are on the line if they don’t pay up. So much for making money in Suriname, amirite? 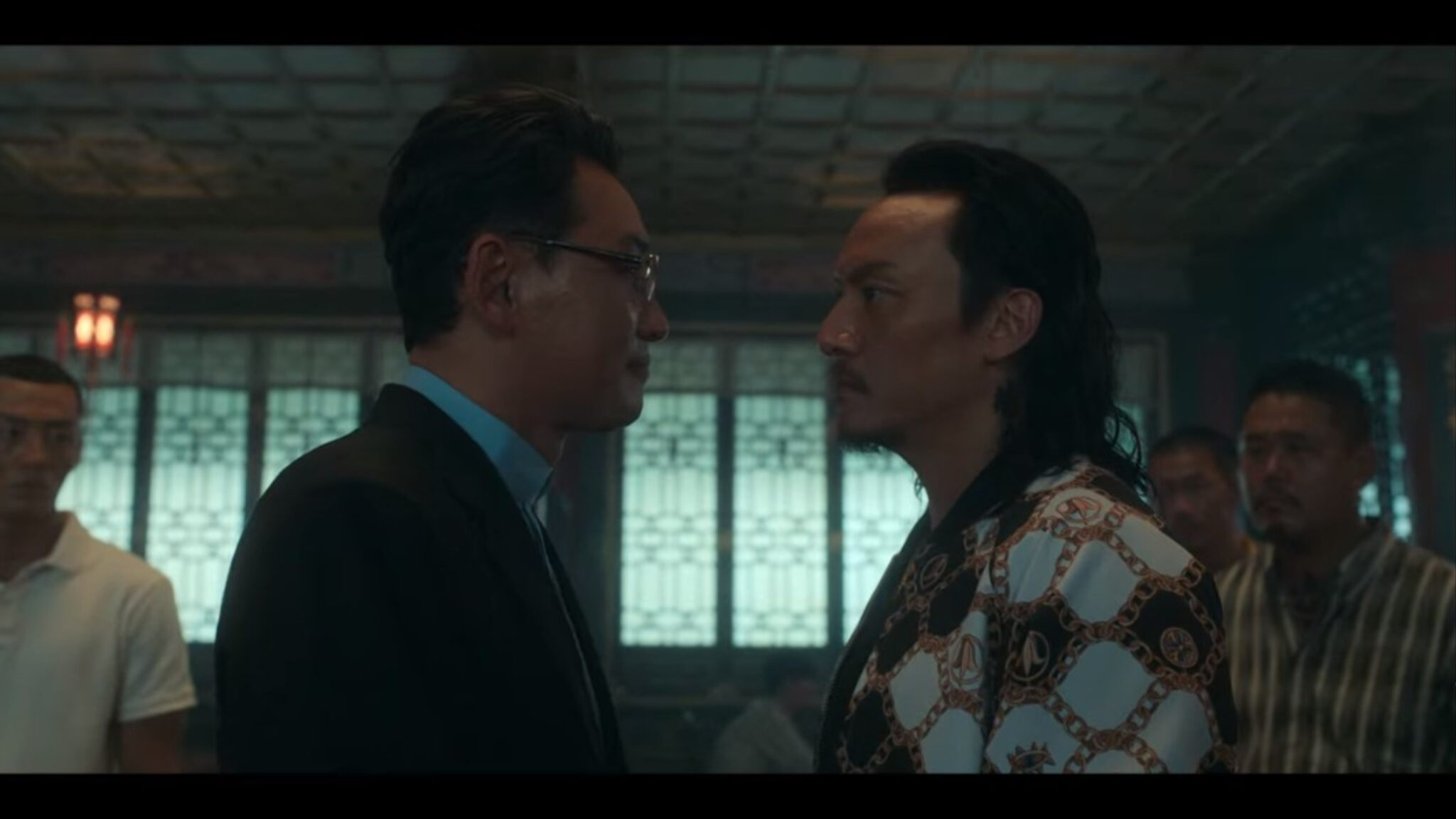 In-gu and Eung-soo find aid from an unlikely source: Pastor JEON YO-HWAN (Hwang Jung-min), the respected leader of a Korean church founded in Suriname. He seems amiable and concerned about his fellow countrymen’s plight, and offering to mediate on their behalf, he escorts them to Chinatown for a private meeting with Chen Zhen.

It quickly becomes apparent — to the audience at least — that Yo-hwan’s pastor persona is a cover for something decidedly more sinister. Yo-hwan’s message to Chen Zhen, spoken in Korean so In-gu and Eung-soo can understand, is amicable and befitting of a religious leader, but his translator BYEON KI-TAE (Jo Woo-jin) delivers a message in Chinese that is far more threatening. When Chen Zhen remains unfazed, Yo-hwan steps up and delivers a threat that transcends language barriers, and In-gu and Eung-soo shift uncomfortably at Yo-hwan’s colorful and un-pastor-like vocabulary. 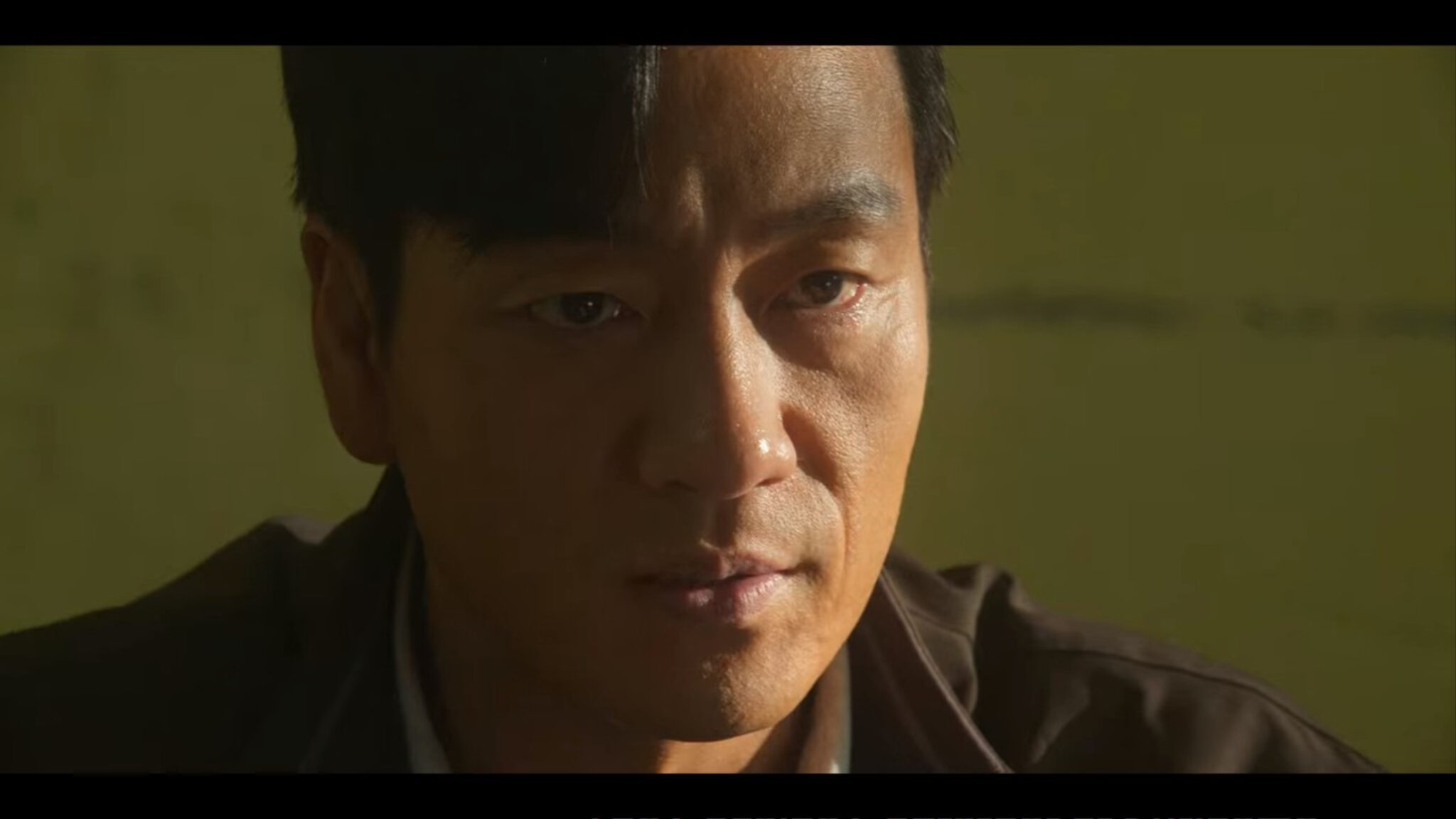 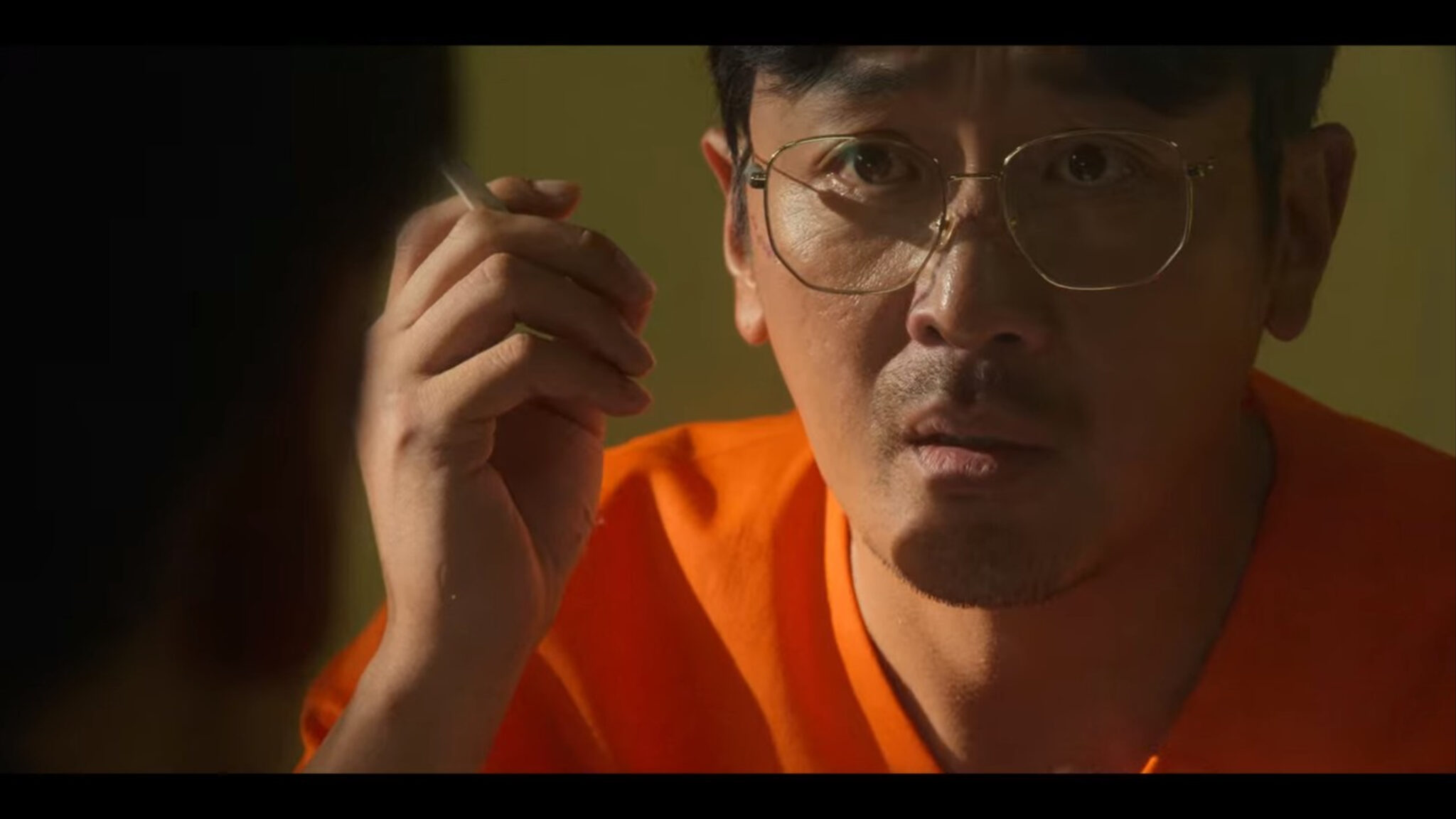 The two businessmen move forward with their skate exporting, and they quickly begin making a profit without the Chinese gang looming over them. Everything appears to be going well — until the Surinamese police raid their warehouse and arrest In-gu for smuggling cocaine inside the skate.

In prison, In-gu is approached by NIS agent CHOI CHANG-HO (Park Hae-soo), who explains that Yo-hwan is wanted for various drug crimes in South Korea, and since moving to Suriname, he has built a cocaine empire. Unfortunately, due to Surinamese laws, the NIS has not been able to arrest and extradite Yo-hwan back to South Korea.

Yo-hwan was the one who put the cocaine in In-gu’s skate because he’s trying to find a smuggling route into South Korea. Chang-ho asks In-gu to help the NIS steer Yo-hwan towards a route that goes through Puerto Rico, a United States territory, which would allow the NIS to work collaboratively with the DEA to arrest Yo-hwan. For the right price, In-gu accepts the deal, and so begins the main plot of our story, which I don’t want to spoil because I do feel that this drama is worth watching — if you’re open to a darker and more violent viewing experience. 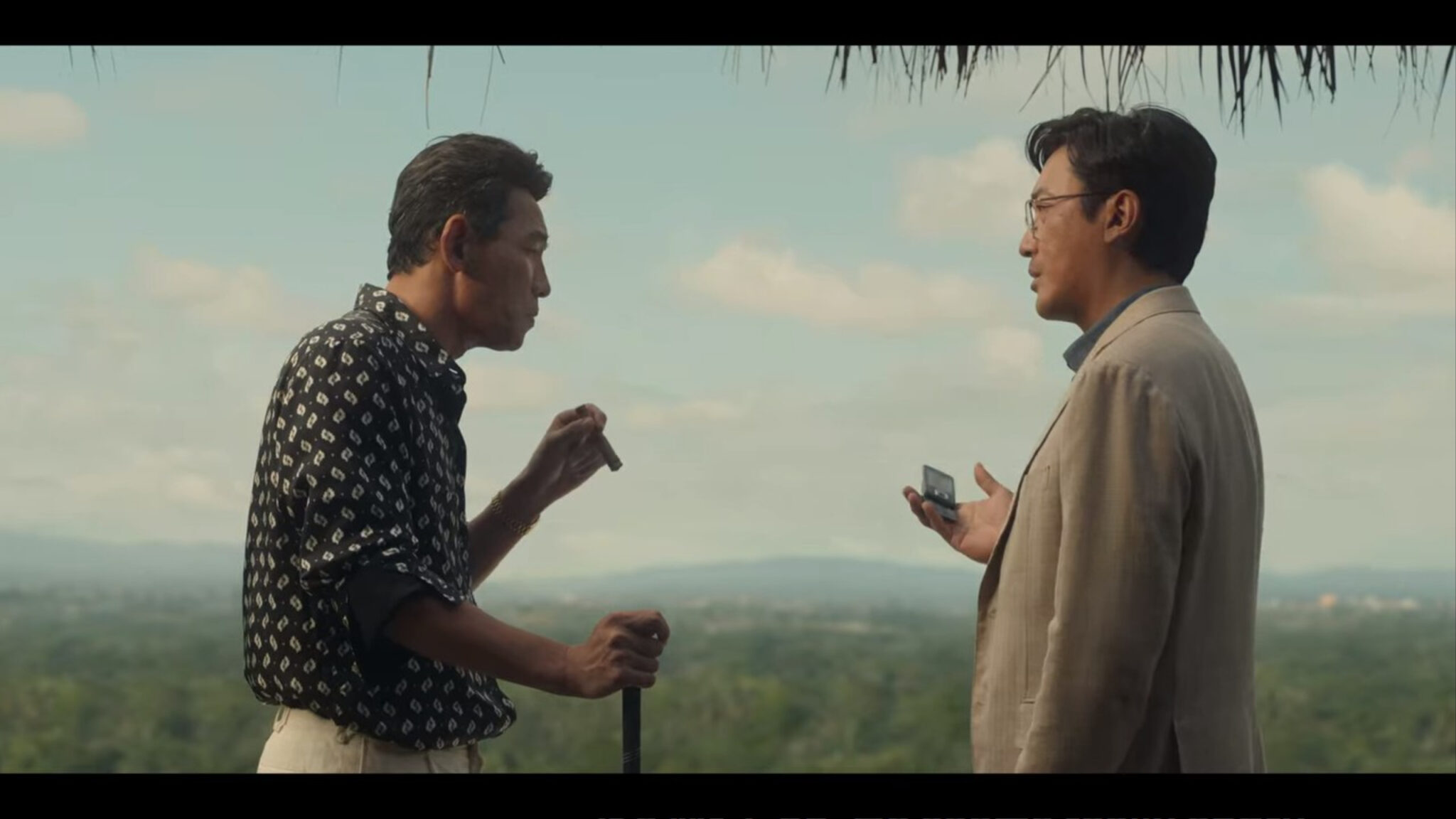 In-gu, in particular, is a very interesting character, and while a large part of the suspense is rooted in worrying that he will be caught, there’s also the added curiosity of whether or not he will remain a “good” guy. In-gu, like Liam Nielson in Taken, has a particular set of skills that he’s acquired over his lifetime, and his ability to infiltrate Yo-hwan’s drug operation seems almost second nature.

He’s also a man driven by a desire for money, and time and time again he skirts detection and avoids being killed by appealing to Yo-hwan and Chen Zhen through their shared interest in profit making. Working undercover for the South Korean government is not nearly as lucrative as managing a drug empire, so there always seems to be an underlying risk that he will turn on the NIS.

Yo-hwan is also a rather interesting villain. Everything about him is fake, from his religious persona to the autographed sports memorabilia that he gifts to new business partners, but there’s a side of him that he only reveals to In-gu. It’s like he’s secretly desperate for an ally and an equal, and knowing that In-gu is playing him makes Yo-hwan slightly sympathetic. 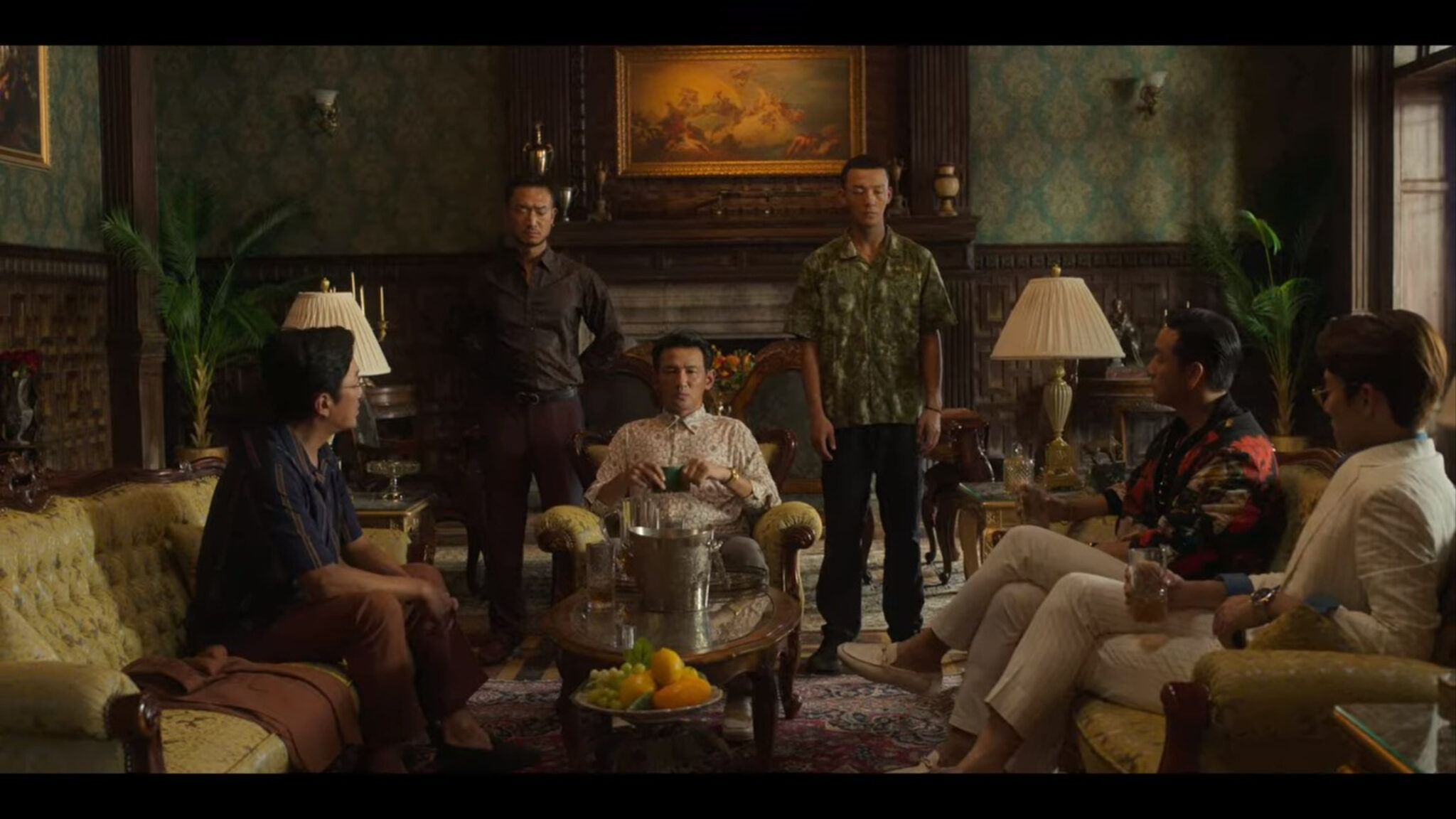 Overall, the acting in this drama is superb, even if the excessive use of English as the universal business language of the Suriname drug world made some scenes feel a bit stilted. It wasn’t the worst I’ve seen, though. A lot of times when Korean actors have English dialogue, they seem so focused on pronunciation that they forget to act, but I didn’t feel that was an issue here — especially not with Ha Jung-woo and Yoo Yeon-seok (who played Yo-hwan’s legal advisor DAVID PARK).

For most people, like me, who watch Korean dramas to escape to a happier, more rose-tinted world, this will not be a drama that interests them. If you’re open to something that’s the polar opposite of a fluffy rom-com, though, I recommend checking this one out. It still might not be your cup of tea, but I suggest watching through the second episode before deciding whether or not it’s your flavor. 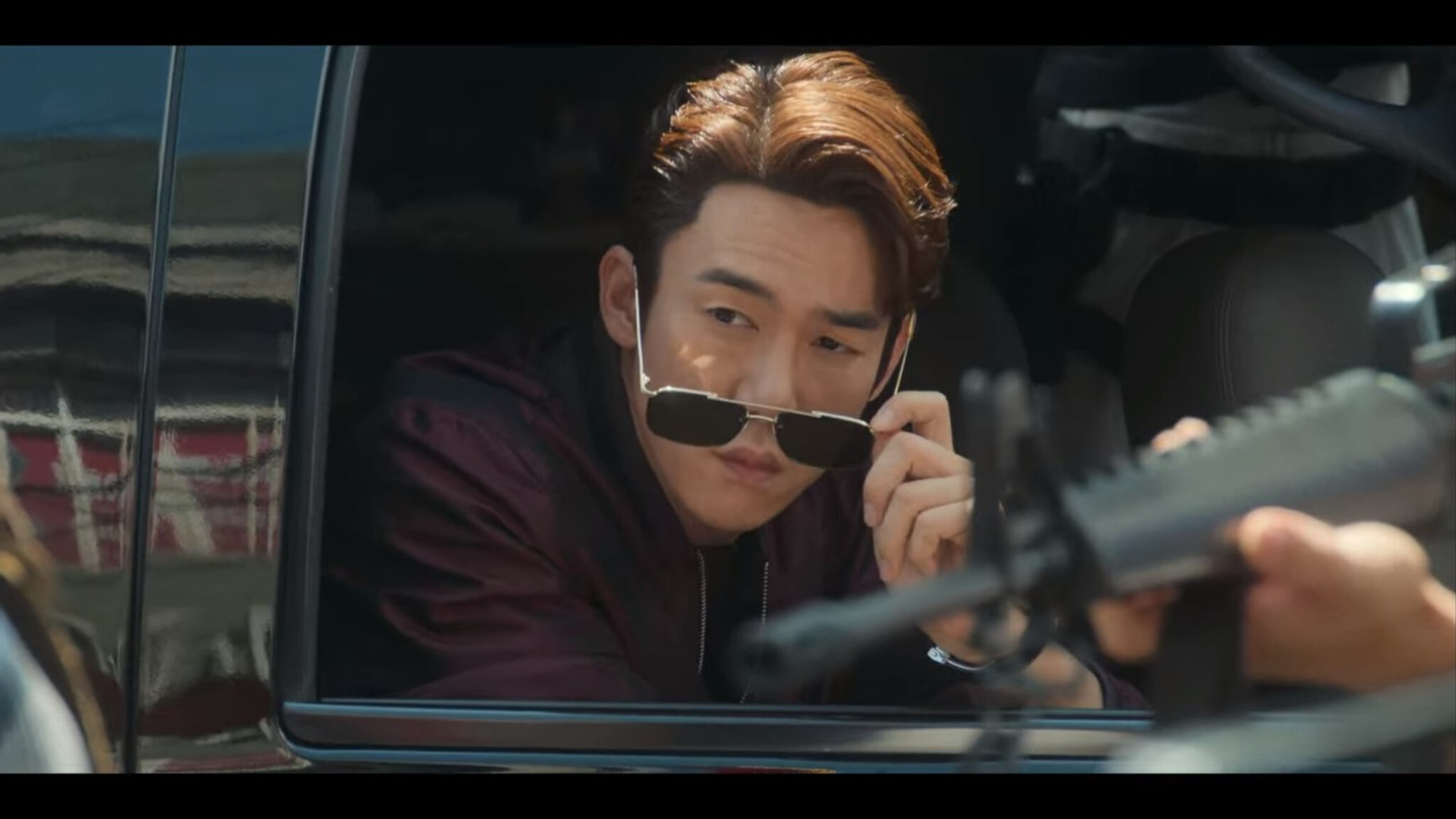 I found this drama engaging. I know Ha Jung-woo is a big movie star, but I've never watched him in anything and was impressed. In-gu was an interesting character. I liked that he was smart and had all these skills from trying to survive in Korea by working in karaoke bars, etc that came in handy while infiltrating a drug ring. My biggest issue was the sometimes stilted English speaking scenes but the main characters, at least, weren't so bad.

I agree about watch through to the 2nd episode. The first episode was not engaging at all. I almost dropped it. I thought the drama itself was just fine though. I have seen better and it has been done better. The acting was really good, but the story itself dragged and the dialogue not so great. The drama could have been a movie, it didn't need 6 episodes, maybe 3 at most.

Gangs, guns and greed. The acting and action were good. As mentioned, the stilted language ! I looked for closed captioning, which was sorely missing. I watched all Eps in one go.

Looking forward to seeing this (in one sitting). The last time Ha Jung-woo in a drama was HIT in 2007 - his first ML drama and then launching into a stellar movie career until now. He’s always charismatic in a non-traditional way.

Thanks for the review, @daebakgrits! Watched this series over the weekend and it made me come and login to Dramabeans after the longest time just to post this comment, so it clearly made an impression on me.
It probably was the acting, because the plot is ok, but - like everybody else pointed out - not really new.
Also, I personally resent it that there are still works of media being made in 2022 that don't pass the Bedchel test. Really, drama?
Anyway, this is a fun watch! Really great acting, I really enjoyed the tension about who's betraying whom and what grisly thing Chen Zhen will do next. The cast is amazing all around, but I confess I came for Park Hae Soo and stayed for Jo Woo Jin, who of course is superb, but also looks kind of hot in this? I'm conflicted 🤔

Also, is it me, or there's quite a bit of humor about underfunded, a bit of a mess up, NIS? Even the whole thing about trying to rope the DEA into the whole thing sounds like something my own country's secret services would come up with irl. Poking fun at one's own subpar authorities will always be up my lane, he!

I was attracted to the cast of several good actors, humm, this drama can't be bad although drama on drug is usually very violent. The biggest push factor to watch it all at 1 go is, this drama is based on true story, dramatised. I kind of agree with him, would it be faster and better to just kill the drug lord, after putting a drug lord in jail, will he then come after him. This drama is super engaging, acting is top notch, like the spoken english even if some part is not perfect that makes it natural. Glad, a true story drama that worth watching.

Thanks for the review @daebakgrits. Will took a time to read yours before clicking play button then 😅

Should watch this in one go like a double extended cut movie, fans familiar with Korean movies instead of kdrama will definitely love this one